It’s taken Nissan more than 10 years to follow-up the game-changing Leaf with a brand new EV model. So, is the Ariya as good as it looks?

Let’s start by going back to basics. The Ariya (we think it’s pronounced ‘Arr-Ee-Yah’) is a mid-sized five-door SUV, so its rivals include the Hyundai Ioniq 5, Kia EV6, Skoda Enyaq, Volkswagen ID.4 and Tesla Model Y.

First impressions count and two things stand out. Its futuristic looks are like nothing else on the road, while its plush interior is a real step-up for Nissan.

There’s a choice of two battery sizes- a standard 63kWh unit or the ‘extended range’ 87kWh, which Nissan claims can travel 250 miles and 329 miles respectively from a full charge. 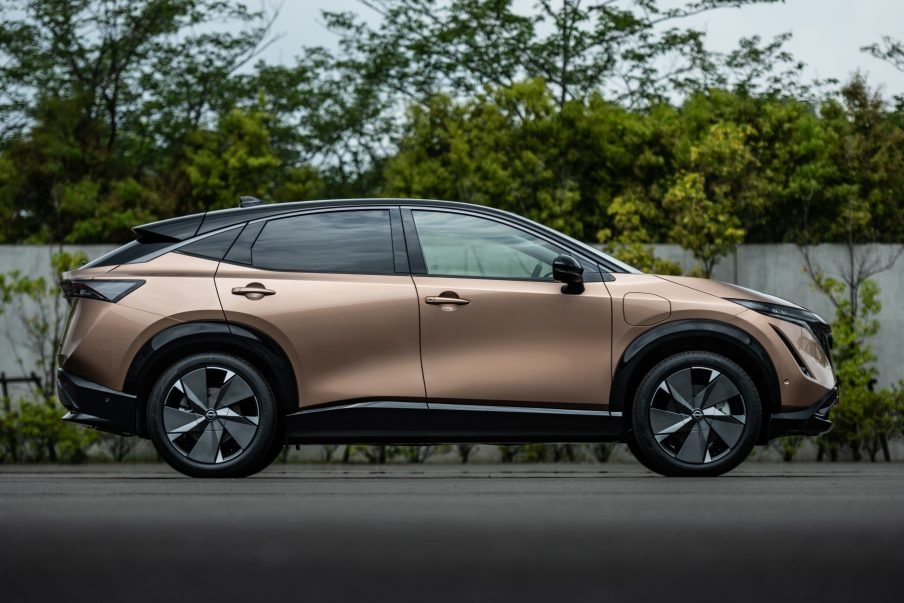 All-wheel drive versions (marketed as ‘e-4ORCE’) get the larger 87kWh battery and an extra electric motor, delivering a total of 302bhp. However, range takes a hit, resulting in a claimed 285 miles. 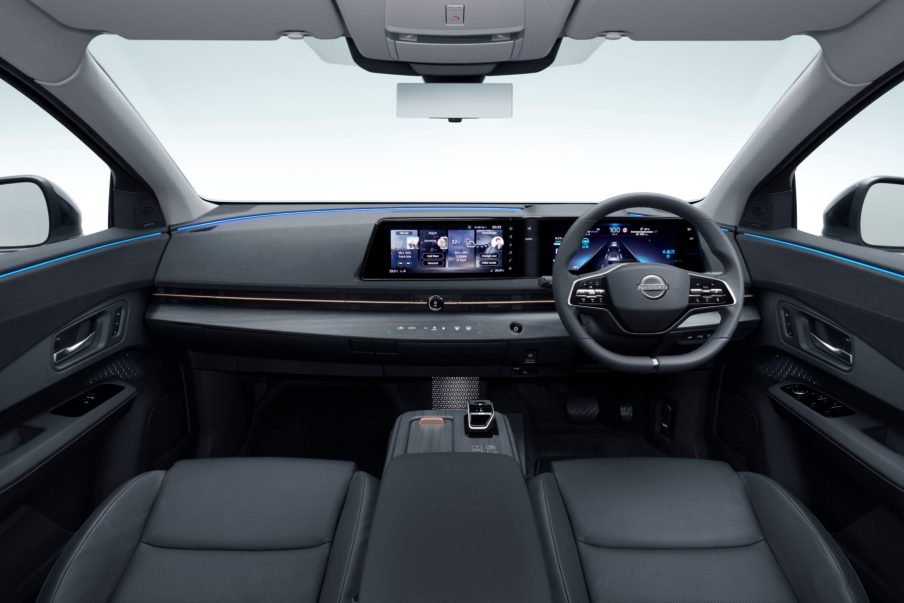 Standard equipment is generous and there are just two trim levels to choose from – Advance and Evolve. 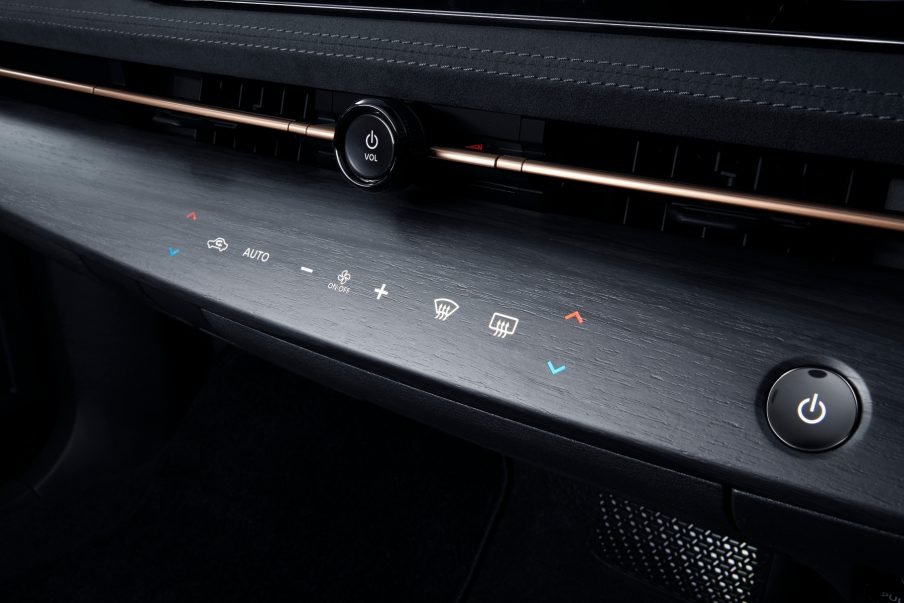 The Ariya can be charged at speeds of up to 130kW (slower than some rivals such as the Kia EV6 and Hyundai Ioniq 5), meaning you can top up from 10-80% in around 30 minutes, while an overnight charge from a 7.4kW wallbox will take 10 hours.

Our 63kWh Advance test car looked stunning in Akatsuki Copper with a pearl-black roof. Somewhere between a traditional and coupe-styled SUV, it’s no shrinking violet and is on the tall side. 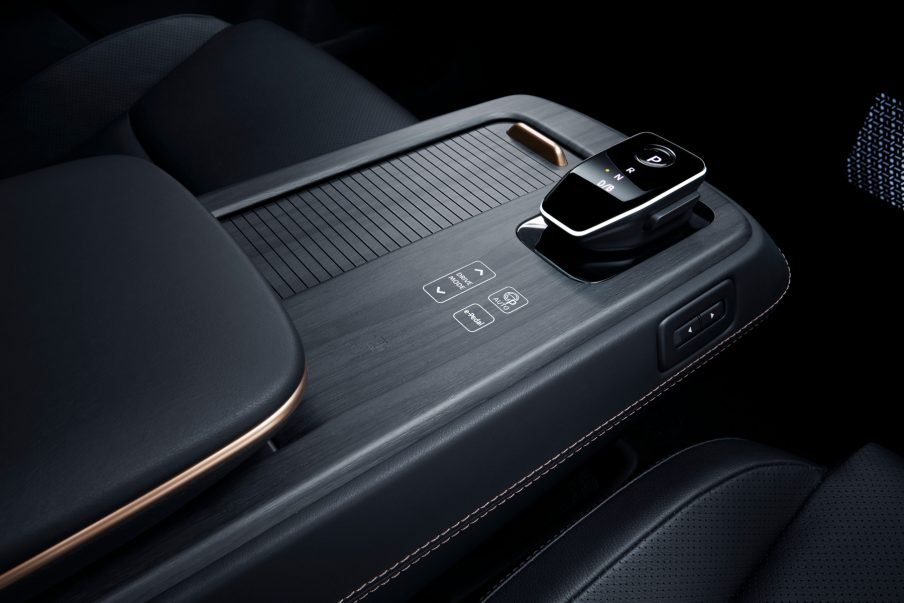 Up front, the large closed-off grille is flanked by sharp LED daytime running lights and headlights, while the swooping roofline leads to a full-width LED light bar at the rear of the car.

Inside, it’s smart and minimalist. Stylish wood-grained trim spans the width of the dashboard and it has a premium feel.

Touch-sensitive controls with haptic feedback are hidden within the trim, illuminating when the car is switched on. More of these ‘buttons’ are conveniently placed on the sliding centre armrest, which can be moved via the press of a button to provide additional foot space in the front or the rear. 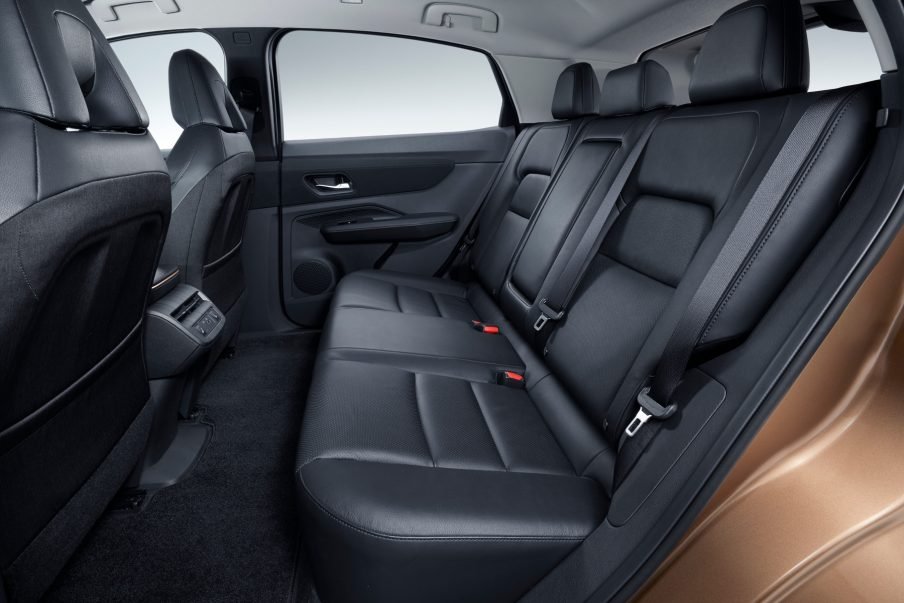 The cabin is spacious and light with plenty of room in the back for rear passengers to travel in comfort.

Single motor models get a decent 466-litre boot capacity (1,348 litres with the back seats down), reducing to 408 litres if all-wheel drive is chosen. 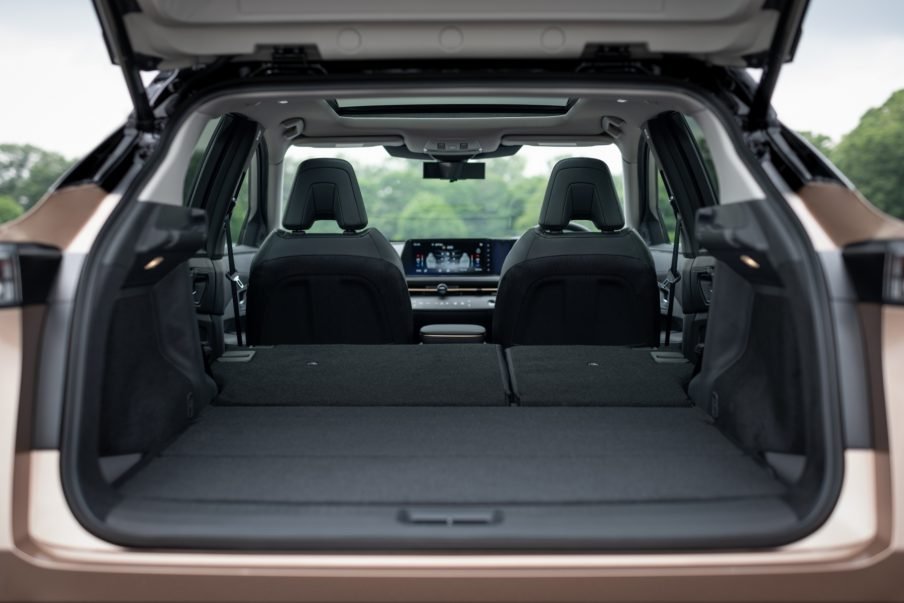 The overwhelming sensation on the road is of a relaxing driving experience. Not only is it comfortable and well insulted inside the cabin, it’s been well put together and the delivery of all that instant torque is smooth and quiet.

There are three driving modes (Eco, Sport and Normal), though we found the latter will do just fine. As you’d expect from Nissan, there’s also an e-pedal option, which winds up the regenerative braking and can bring the car to a halt simply by lifting off the accelerator.

It feels planted at high speed and on flowing country roads, but try to hustle in more challenging corners and its weight and height become more obvious. There’s a bit of body lean and 2.2 tonnes to slow down, which tends to blunt the driving engagement. 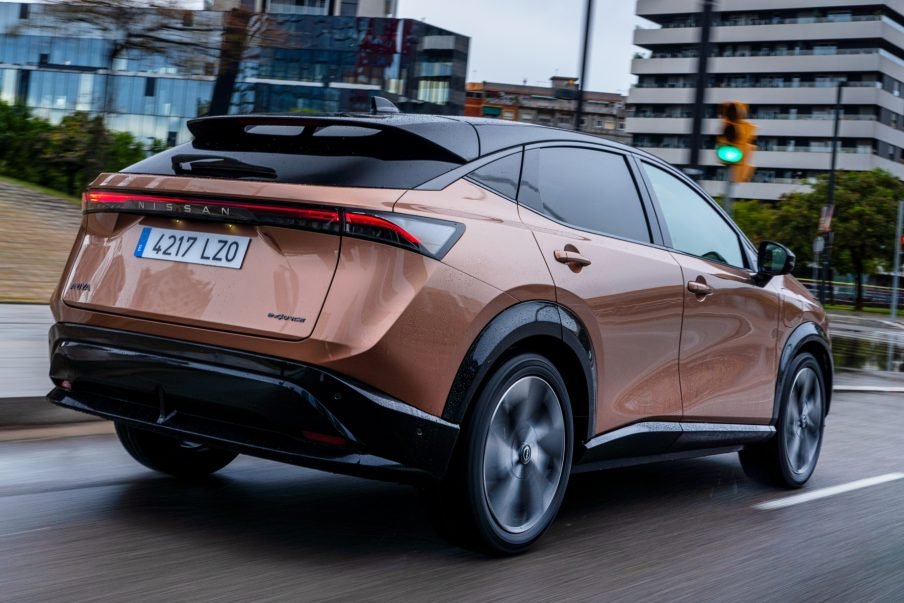 That said, grip levels are good, though as we found with our front-wheel drive test car, it is possible to spin the front wheels when setting off on loose surfaces and in the wet if you’re too heavy on the accelerator.

Otherwise, the steering feels nicely judged, and the commanding driving position offers good visibility (plus there’s a rear wiper, unlike some rivals!).

We haven’t tried the 87kWh all-wheel drive e-4ORCE model yet, but we suspect the increased grip, power and range (we’d estimate the real-world range in our 63kWh test car is closer to 200 miles) might be worth the extra expense. 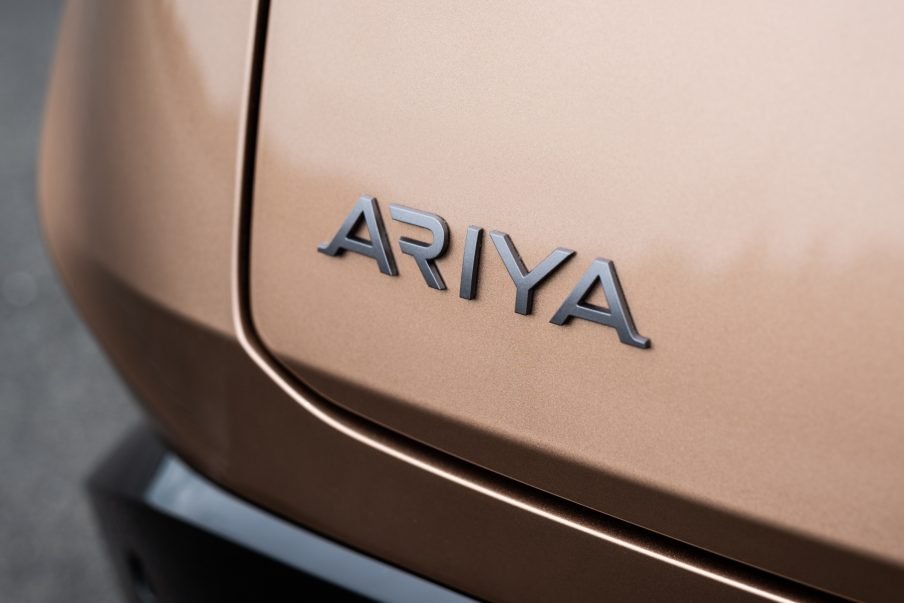