We’ve been road testing the all-new Honda Civic, and it’s no surprise to us that it’s been winning awards…

The first Honda Civic was launched 50 years ago and it’s become a legendary model in the automotive world. Now it’s the turn of the 11th generation Civic, which is only available as a full hybrid, so there’s no need to plug it in.

Officially marketed as the ‘Civic e:HEV’, it’s an old school, family-friendly hatchback. Refreshing, when the market is awash with SUVs. 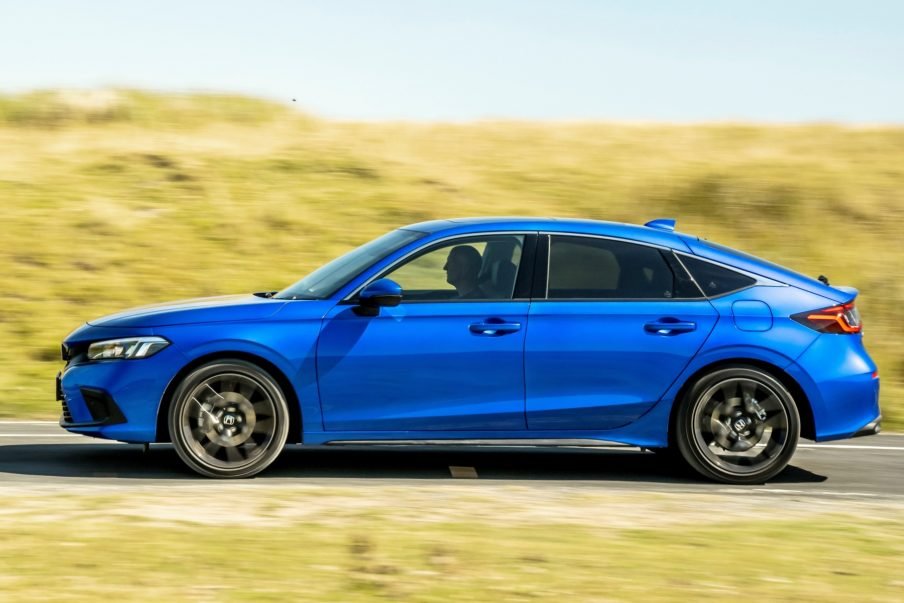 The advantage of the increased wheelbase over the outgoing model is that it creates extra cabin space.

So, there’s plenty of room up front, while rear passengers have space to stretch their legs, and only very tall people will struggle for headroom.

The boot is a generous 410 litres, rising to 1,220 litres with the back seats flipped down, while the load space is long and wide.

The interior represents a real step up in terms of quality and functionality. There’s a solid feel overall, the seats are comfortable and there are plenty of soft-touch surfaces. 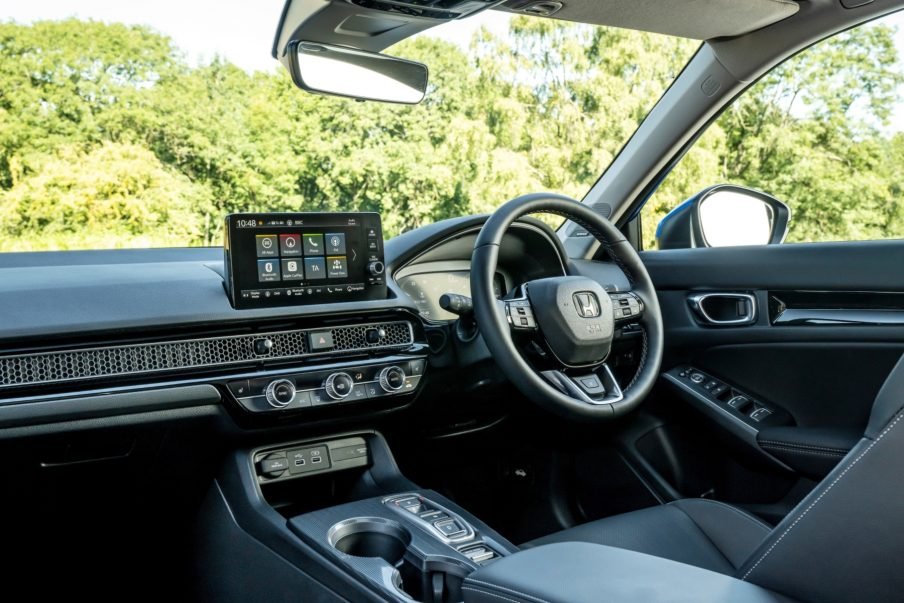 The infotainment system isn’t the slickest, but does the job nicely. Most of all, the dashboard is not too minimalist – there are still dials and buttons for essentials such as climate control, radio volume, heated seats and drive mode selection.

At the heart of the latest Civic is Honda’s clever e:hev hybrid powertrain, which is a scaled up version of the system also used in the smaller Jazz and HR-V.

Unlike hybrid systems from most other car makers, the 2.0-litre engine acts as a generator to power the battery rather than the wheels for much of the time, so it runs in EV mode as much as possible.

However, at higher speeds or under heavy loads, it can send drive straight to the front wheels. What’s more, the e-CVT transmission isn’t a conventional gearbox either, but I’ll come to that later. 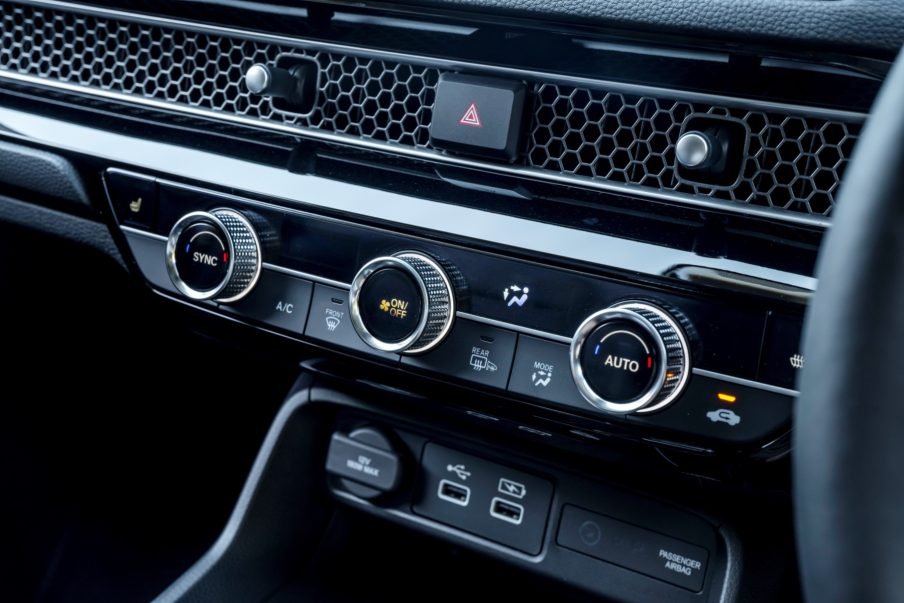 The naturally aspirated four-cylinder engine (141bhp) is paired with two electric motors and a small 1.05kWh battery, giving a combined output of 181bhp.

Until the new Civic Type R hits showrooms, buyers will have to make do with just the one hybrid powertrain.

Priced from £29,595, the Civic e:HEV is offered in one of three specs – Elegance, Sport and Advance. 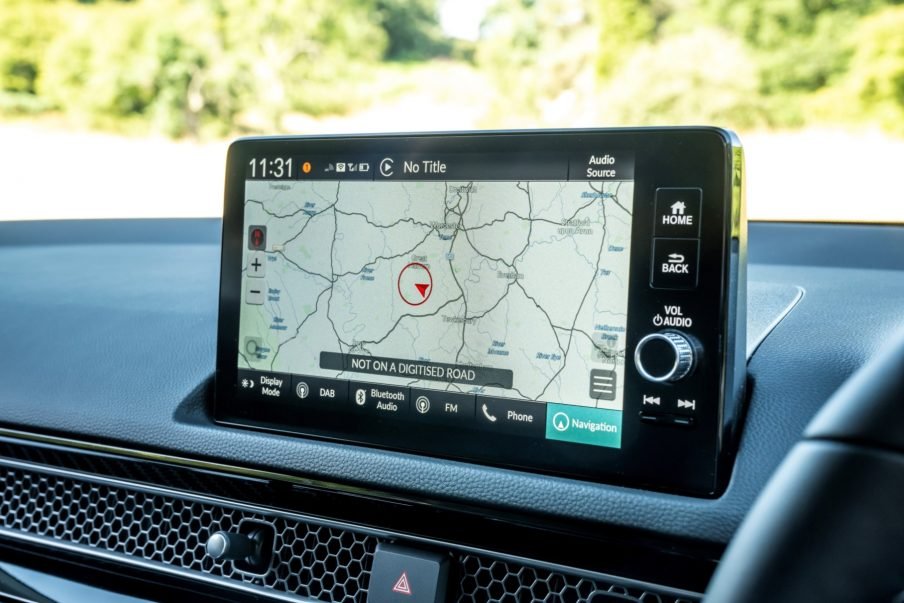 Once inside, it’s immediately clear that you’re driving a rakish, fairly wide hatchback. If you’re used to the raised seating and commanding driving position of an SUV, it may take a while to acclimatise to the new Civic. 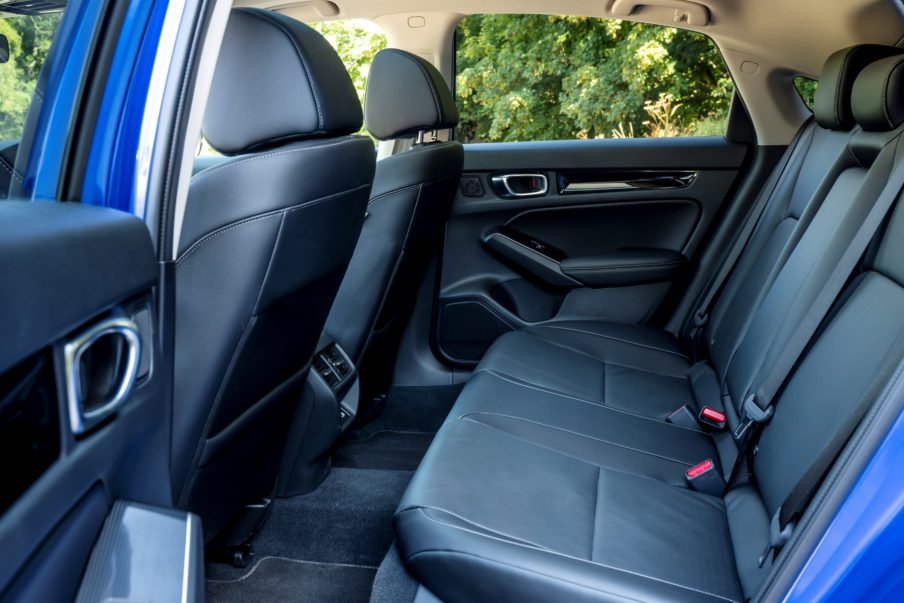 I love a low seating position. In fact, I would have preferred a little more downward adjustment, but overall, it’s a relaxed and comfortable place to be.

There’s plenty of poke, thanks to that electrical assistance, but the biggest surprise is the e-CVT gearbox.

The boffins at Honda have done their best to eradicate the sudden rise in revs you generally get when you put your foot down in a car with a conventional CVT box.

Instead, there are ‘steps’, giving the feel of conventional transmission ratios. It’s still not perfect, but it is a huge improvement. 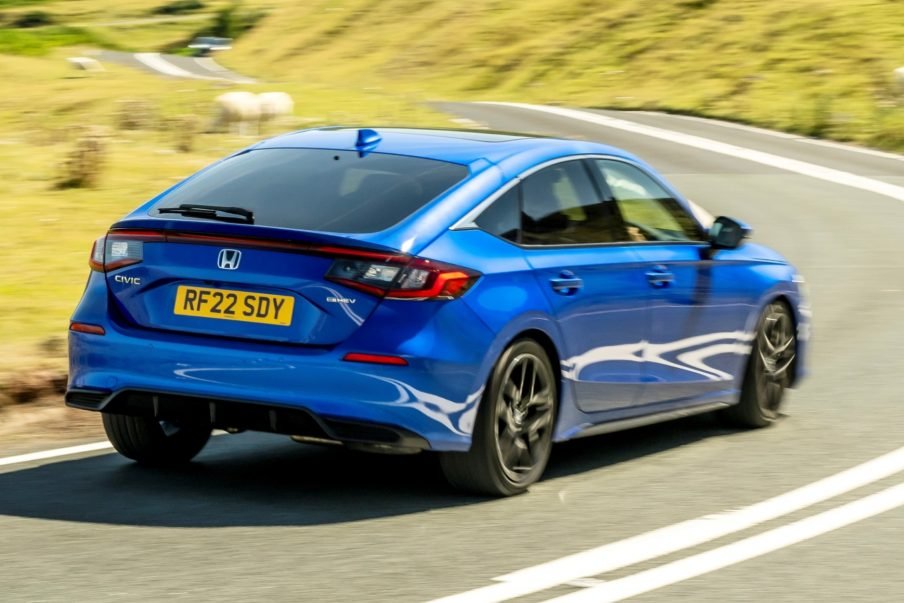 There are three drive modes (Econ, Normal and Sport). Go for Econ on motorway journeys and 50+mpg is easily achieved, Normal is just fine for everyday driving, while Sport is fun for blasts on more challenging roads. The e-CVT works best in Normal and Sport modes.

The hybrid system is efficient and smooth, while the regenerative braking can be adjusted. At its strongest setting, it’s almost at one-pedal level, slowing the car down virtually to a halt whilst charging up the battery.

The ride is on the firm side, but not uncomfortably so, but generally it’s a great all-rounder – happy cruising motorways and stretching its legs on more engaging roads.

In fact, the new Civic offers a surprisingly agile drive. When pushed, it stays flat in more challenging corners, there’s good grip and the steering is nicely weighted, which all bodes well for the upcoming Type R. 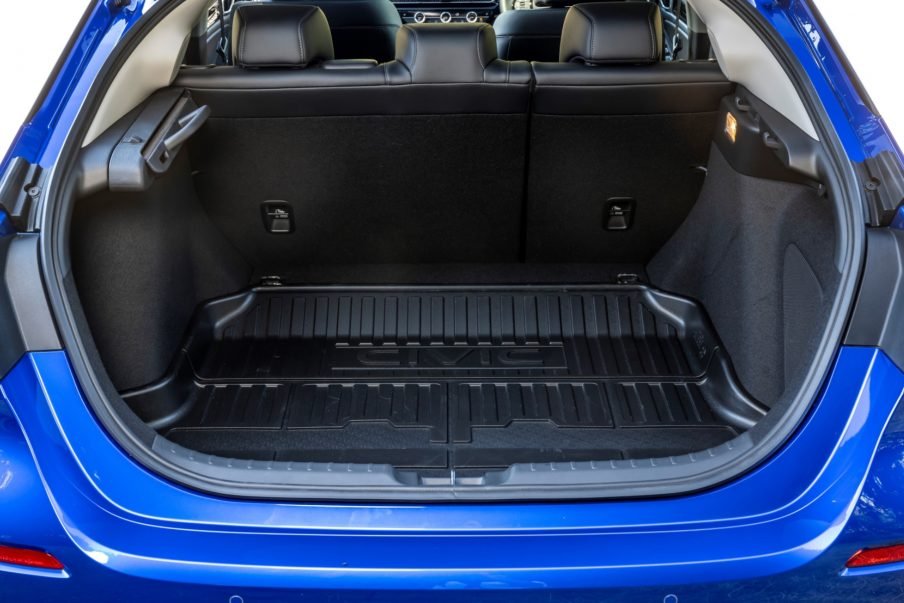 Verdict: The Honda Civic is a fantastic all-rounder. A family-focused hatchback that’s sleek, safe, practical, well built and economical, it’s rewarding to drive and packed with the latest tech. Add Honda’s reputation for reliability and it’s right up there with the best in its class.