With its cool name and retro looks, this affordable electric hatchback is our introduction to ORA – one of five brands owned by Chinese car giant, Great Wall Motor.

Founded in 1984, GWM is China’s largest producer of SUVs and pick-up trucks, and the Funky Cat will be followed by more 100% electric siblings, probably all with cute feline names.

Apparently, ORA stands for “Open, Reliable and Alternative” and so far the strategy seems to be working well because ORA sold 135,000 cars in China during 2021 and several thousand UK motorists have already registered an interest in the Funky Cat. 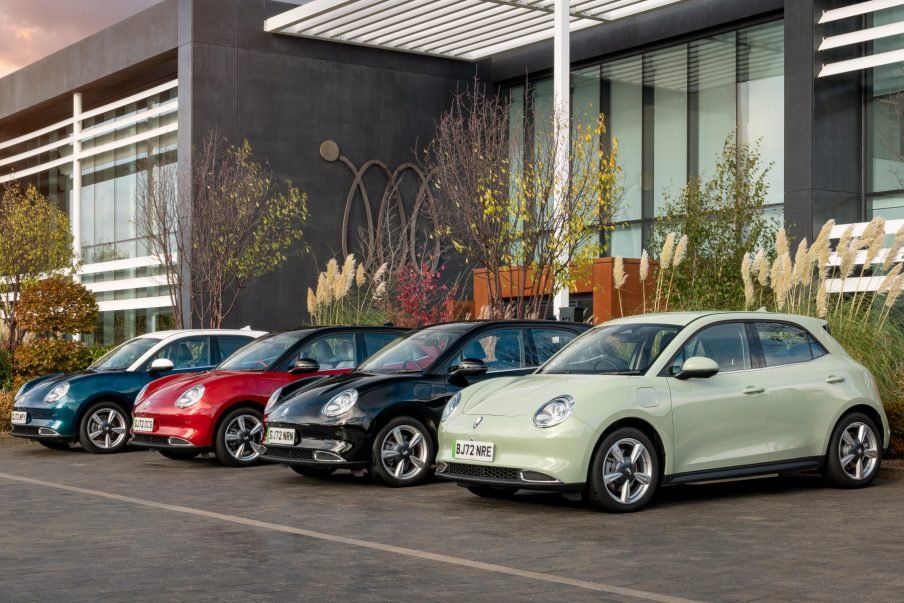 Priced from £31,995, ORA has kept it simple at launch with just a ‘First Edition’, available in four colours, including Aurora Green and Nebula Green.

Featuring a 48kWh battery offering an official range of 193 miles, power comes from a 169bhp electric motor driving the front wheels, giving a 0-62mph time of 8.3 seconds and a top speed of 99mph.

It can be charged via a 6.6kW home charger in five hours 24 minutes, or 3 hours 12 minutes using an 11kW public charger. 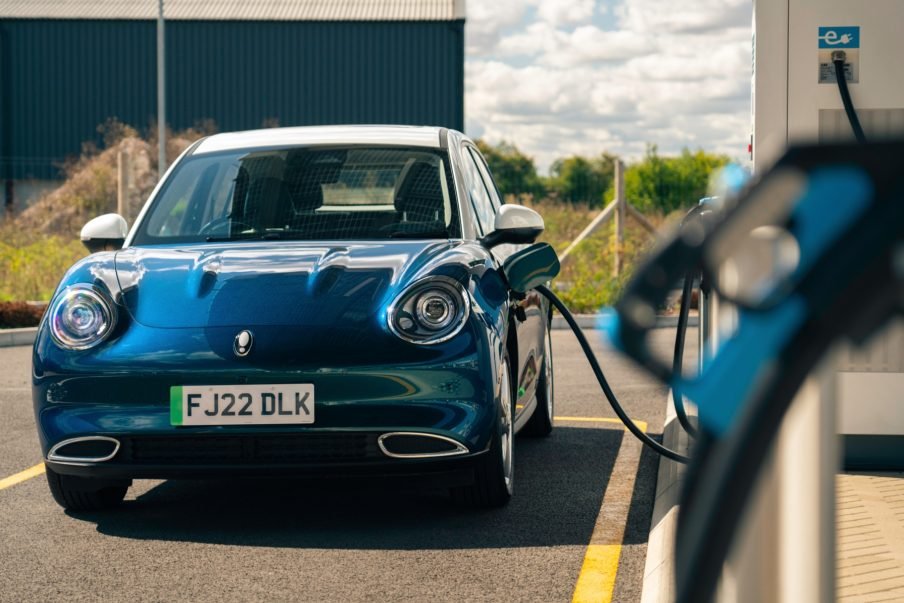 If you can find a rapid 100kW connection, you’ll be back on the road in less than 45 minutes.

The Funky Cat is bigger than it looks in pictures, so it’s more Golf than Polo, or Focus than Fiesta. Crucially, it’s also about the same size as the VW ID.3 – the electric vehicle ORA reckons is the Funky Cat’s closest rival (though we’d say the Citroen e-C4 is closer still).

With its blend of retro features and modern touches, this five-door family hatchback is a breath of fresh air on the road. 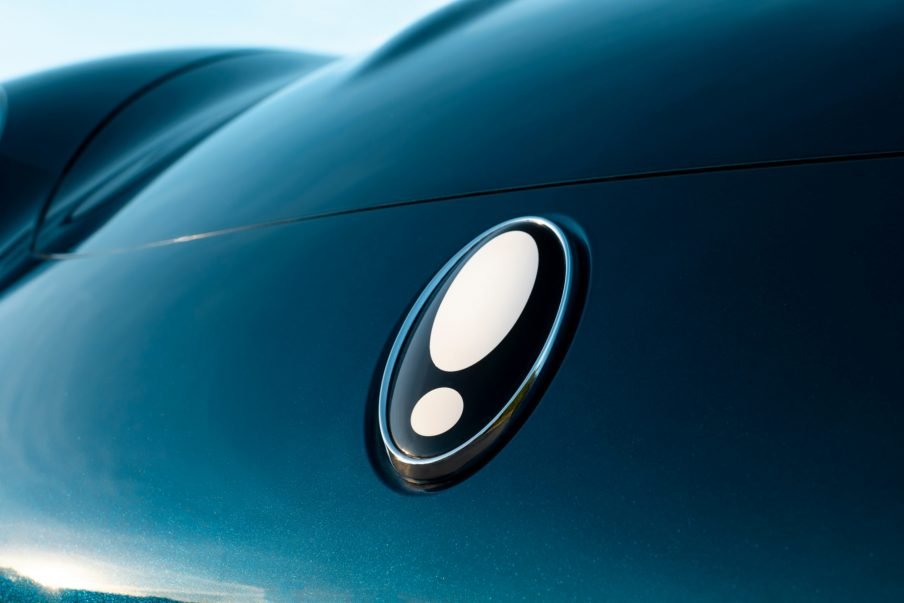 There are hints of MINI, VW Beetle, Nissan Micra and Alfa Romeo MiTo, with its round headlights, sloping nose and bonnet creases.

The Funky Cat’s wheel-in-each-corner profile is more unique with clever curves and a high waistline, while its pert rear is not unlike a Nissan Leaf, though the ‘Cat’ has low set lights, a full width lightbar along the bottom of the tailgate window and a sporty spoiler.

The interior is right up there with the MINI Electric in terms of build quality and the near-premium use of materials. It feels solid too (the doors close with a satisfying clunk). 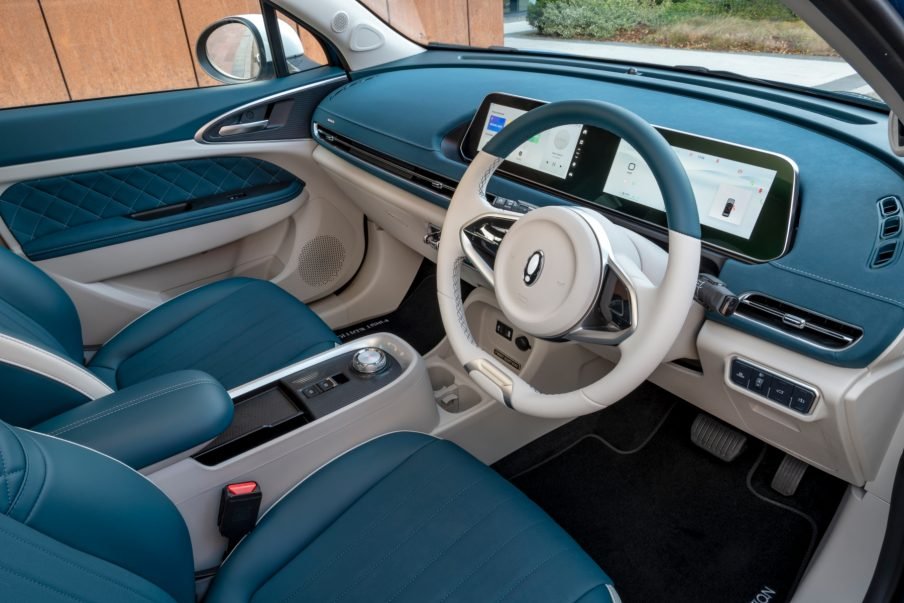 It’s funky inside with a minimalist design and a trim matching the exterior colour. There’s a big two-spoke steering wheel, a row of toggle switches and a 10.25-inch touchscreen, plus a large digital driver’s display (also 10.25 inches).

Note: Apple CarPlay and Android Auto will form part of an over-the-air update in summer 2023.

A special mention for the voice command system, which works surprisingly well. Simply say “Hello Ora” and you’re away. It recognises your voice too and it’s very good at opening and closing windows! 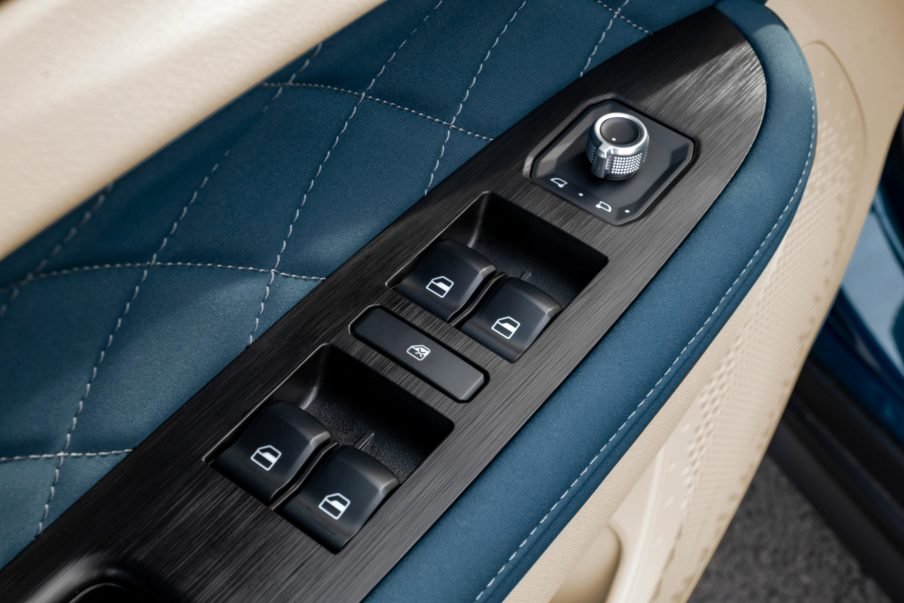 The Funky Cat is spacious too, with enough room for adults to sit behind adults, though the boot is a modest 228 litres (rising to 858 litres with the rear seats flipped down).

The heated and electrically adjustable leatherette seats are comfortable and even feature cool cross stitching usually found on luxury cars (check out the door cards too).

When it’s time to set off, simply select D via a centrally located rotating knob, release the parking brake and you’re away. Accompanied by a distant whine, the Funky Cat is as swift as you’d expect for a relatively lightweight EV. 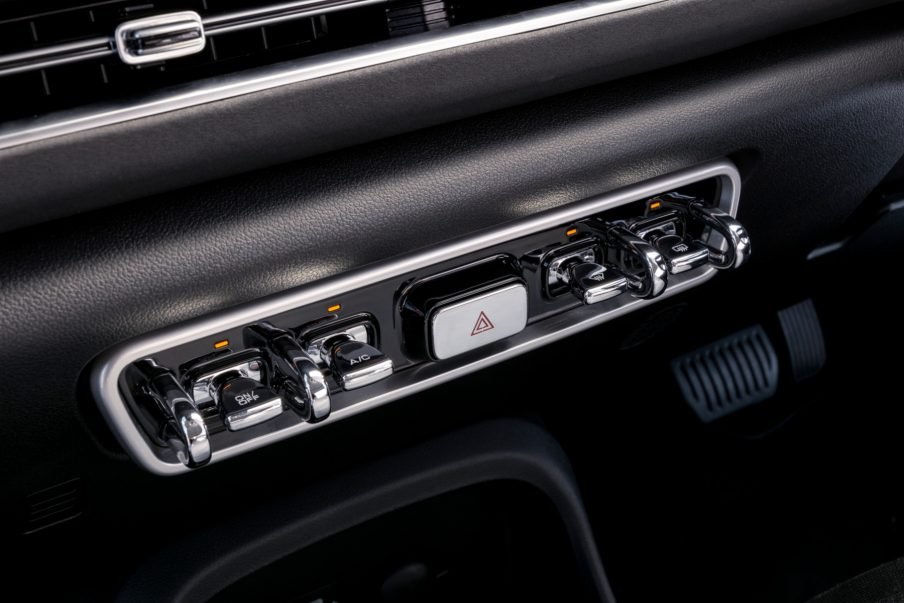 Smooth, comfortable, fun, and easy to drive with light steering, visibility is good, while cabin refinement is admirable.

There’s also some decent performance (it’s not hard to spin the front wheels if you floor it, especially in the wet) and you can choose from various drive modes.

Stick to Eco for town driving, Normal on more open roads and Sport for occasional bursts of range-sapping run. 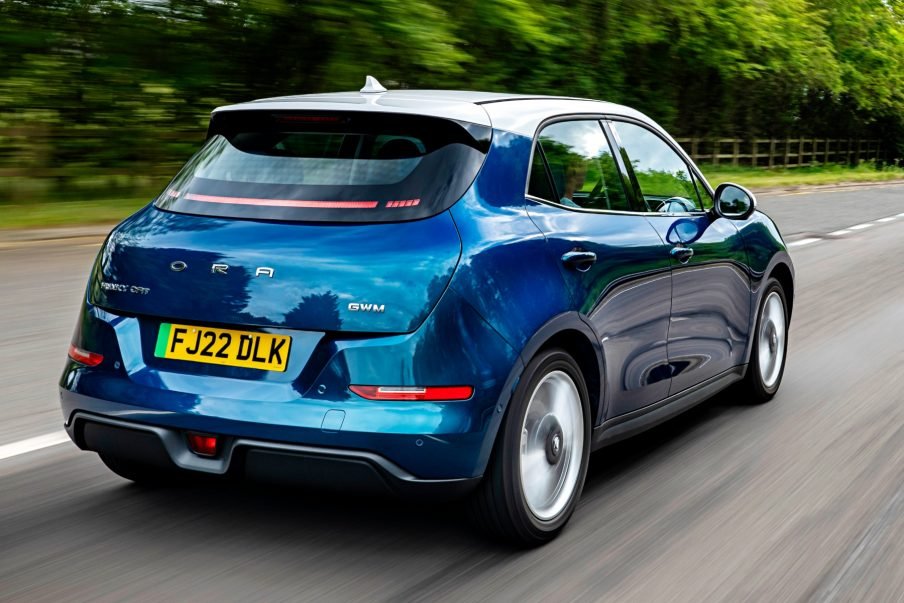 You can also select single-pedal drive mode, which almost eradicates the need for brakes – simply lift off and it slows down fast. Or you can choose between three levels of regen via the touchscreen.

However, despite its looks, the Funky Cat is no match for the MINI Electric in the handling department. Push it to the limit in faster corners and it becomes unsettled, but for everyday driving it’s a joy.

So, as long as you don’t go expecting hot hatch driving dynamics, the Funky Cat won’t disappoint, while a real-world range of 150 miles+ is way above the smaller MINI’s 100 miles. 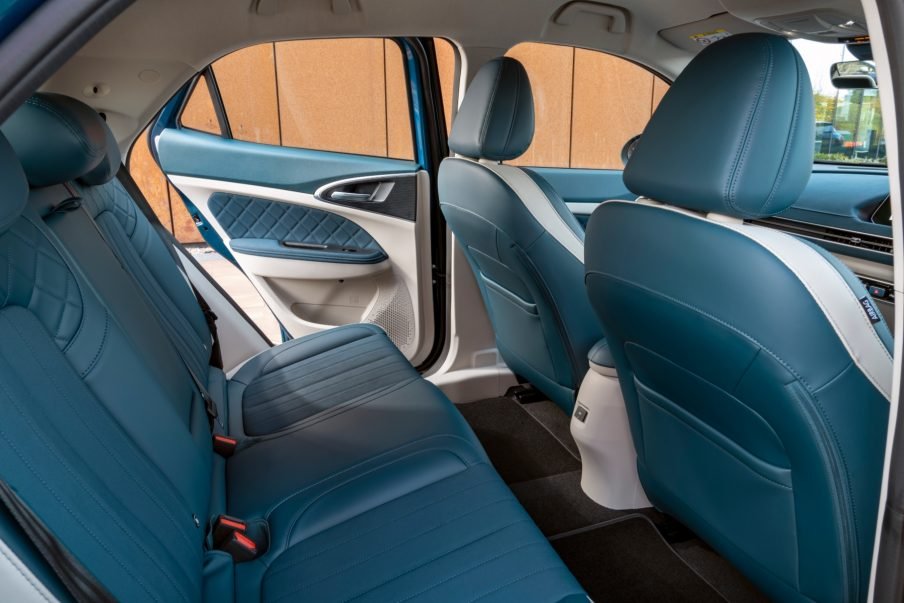 In fact, it’s so safe that Euro NCAP awarded it a maximum five stars in crash testing. 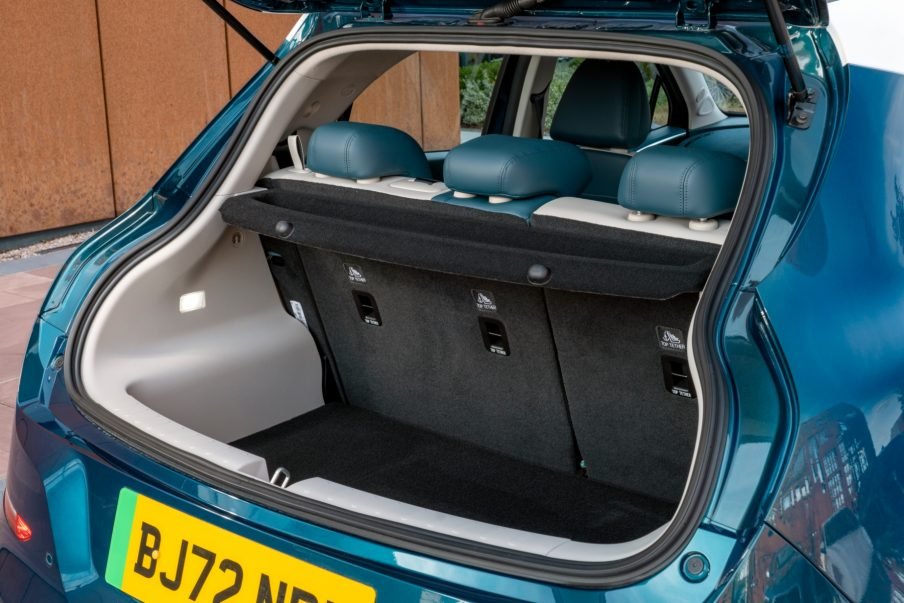 No car is perfect, and the Funky Cat is no exception, because it’s not without its irritations.

For instance, the indicators are tricky to cancel. They require an incredibly light touch and it’s all too easy to activate the opposite signal.

We’re sure it won’t be such an issue after a few weeks of ownership, but it’s not ideal initially. 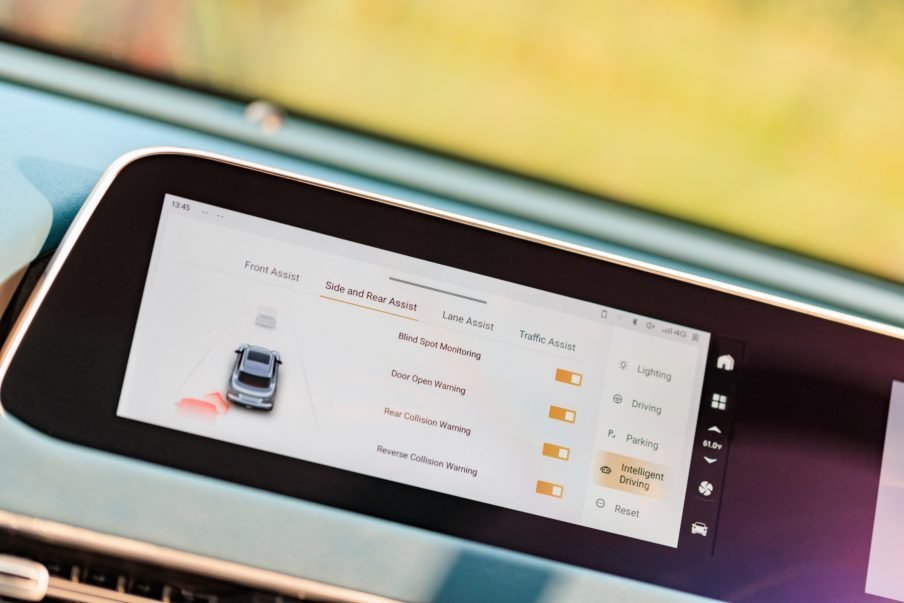 The various bongs and safety warnings are slightly overbearing too, while the infotainment screen looks cool, but could be much bolder with a larger typeface.

Overall, the Funky Cat is an impressive debut model for GWM in the UK, and if it can keep its pricing competitive, it could be the cat’s whiskers.

Verdict: The all-new ORA Funky Cat is a welcome addition to the EV scene. Not only does it stand out from the crowd, but it also offers practicality, fun driving, good build quality, a useful battery range and a five-year unlimited mileage warranty. 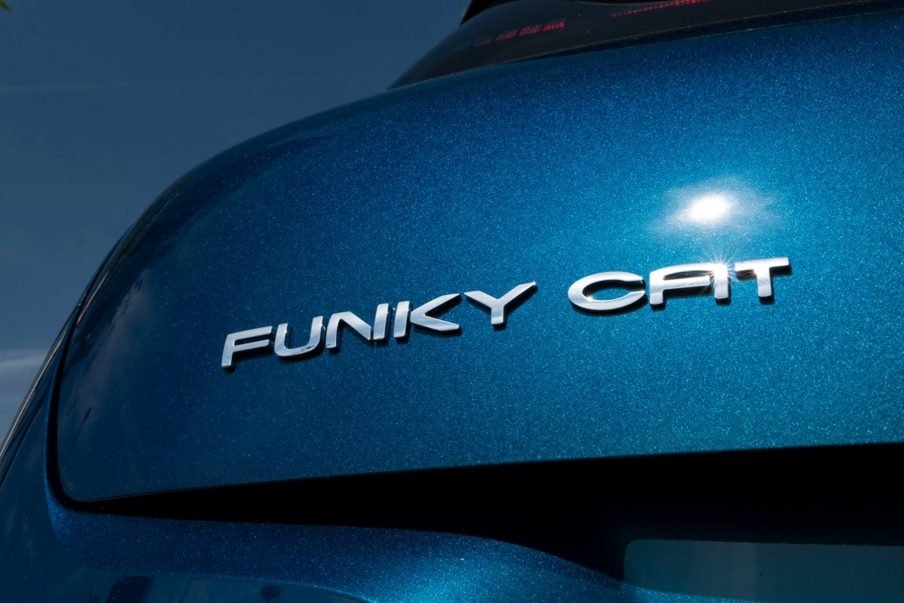