The current fourth generation of the Ford Focus five-door family hatchback and estate was launched in 2018 and has just been treated to a mid-life makeover. 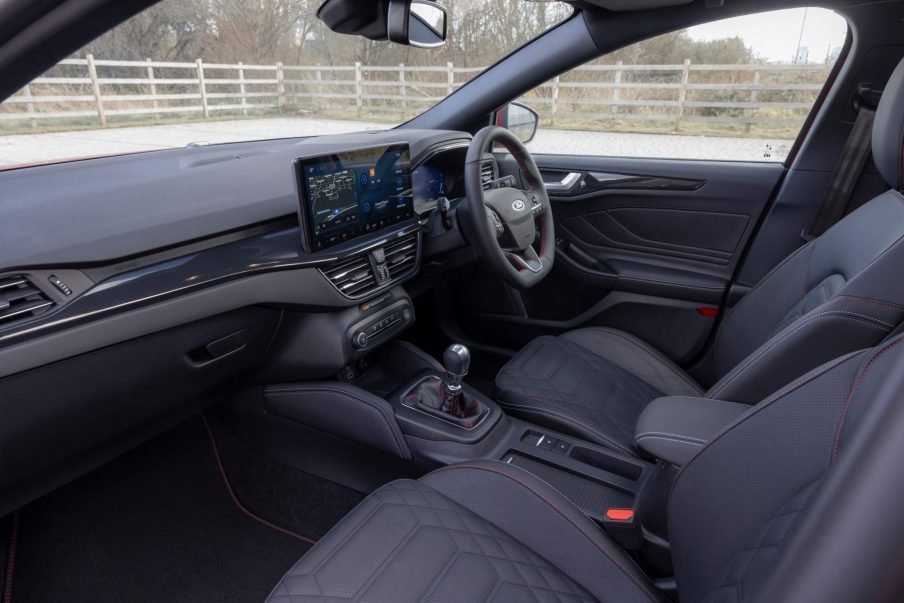 The update couldn’t have come sooner because the Focus has been slipping down the sales charts as buyers switch to crossovers and fully electric/hybrid cars.

As before, the freshly facelifted Focus is also available as a sporty ST variant or a rufty-tufty Active version which bridges the gap between conventional family cars and SUVs. 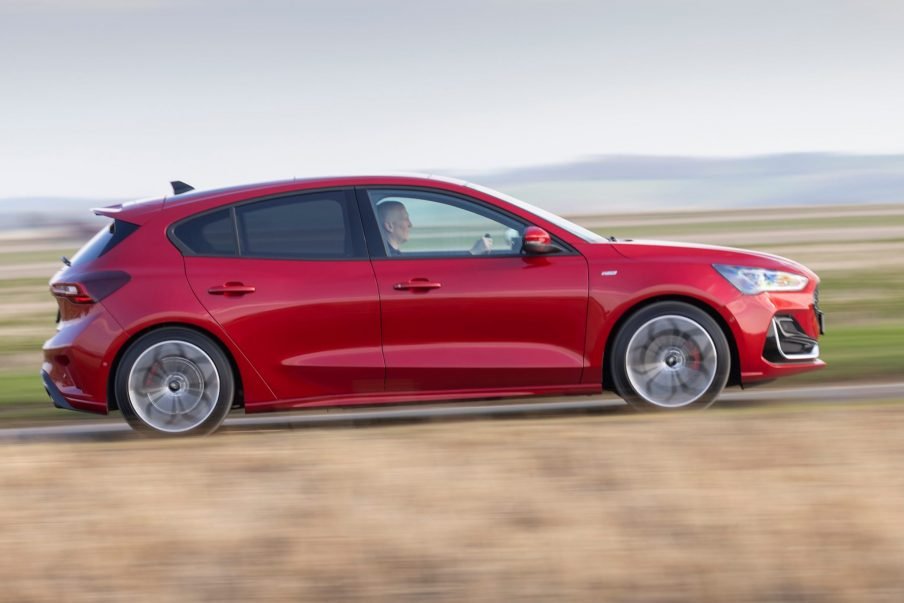 Priced from £22,965, there’s now a choice of three engines – two petrol and one diesel. The three-cylinder 1.0-litre EcoBoost petrol unit, so familiar to Fiesta and Puma owners, is available with outputs of 123bhp or 153bhp.

Mild-hybrid tech is offered as an option on the less powerful version, and included as standard on the higher-output version, helping to boost both performance and efficiency. A choice of six-speed manual or seven-speed automatic are available on both too.

Accelerating to 60mph takes 10.2 seconds in the 123bhp car, or just 8.2 seconds on the more powerful mild hybrid model. The latter is the most efficient, returning a decent 54.3mpg, with CO2 emissions of 116g/km. 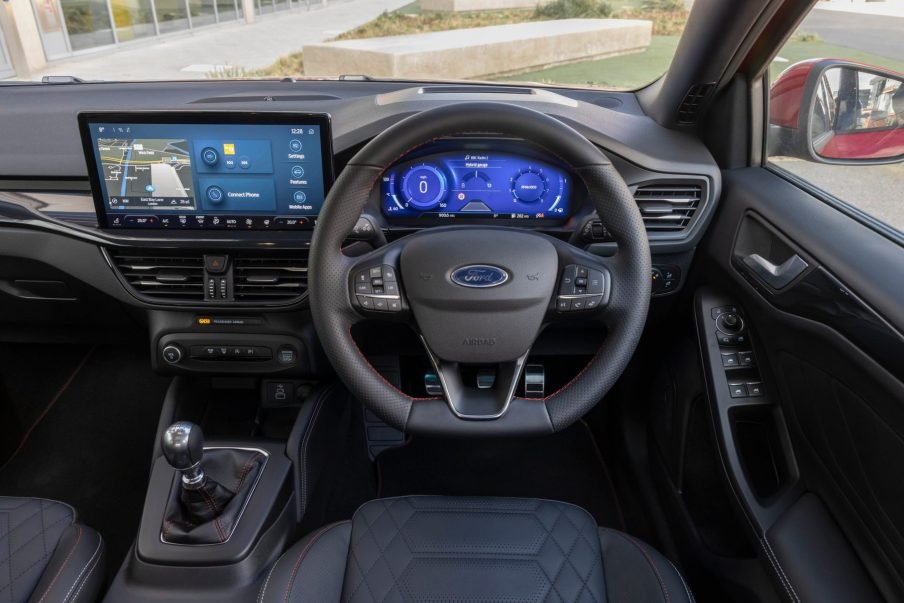 If performance is more important to you, then go for the Focus ST hot hatch, which benefits from a 2.3-litre petrol engine delivering 276bhp and a 0-60mph time of just 5.7 seconds.

High-mileage drivers still have the option of a diesel – a 118bhp 1.5-litre unit that comes with either a six-speed manual or eight-speed automatic transmission. 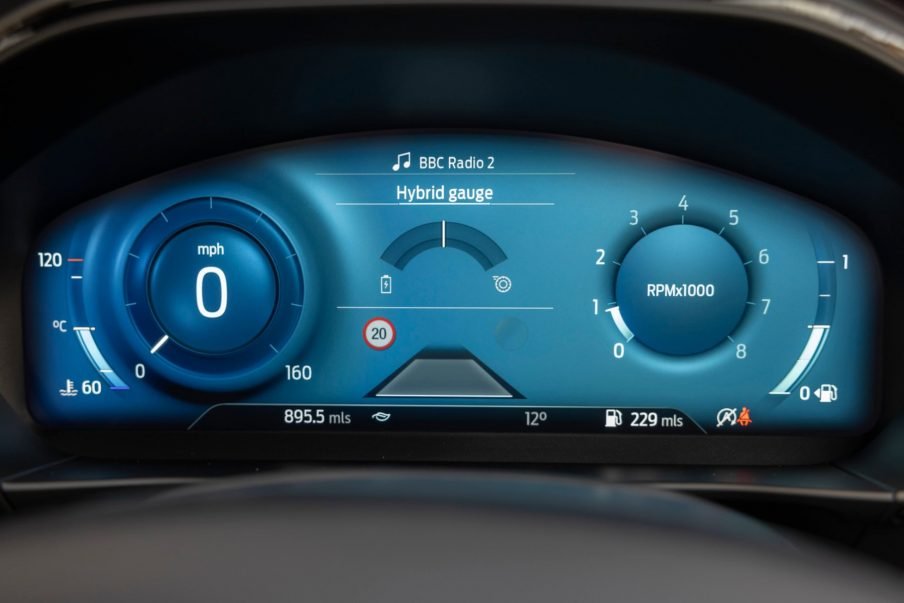 My test car came in high spec ST-Line Vignale trim and was fitted with the 153bhp version of Ford’s punchy 1.0-litre turbo petrol engine, paired with a six-speed manual gearbox.

The refreshed front end adds kerb appeal to the Focus, while overall it has a more athletic stance. The sporty ST-Line models look especially good with a body kit that includes a rear diffuser and spoiler.

The interior has been smartened up too with all trim levels getting the much improved SYNC 4 13.2-inch landscape-oriented touchscreen infotainment system. 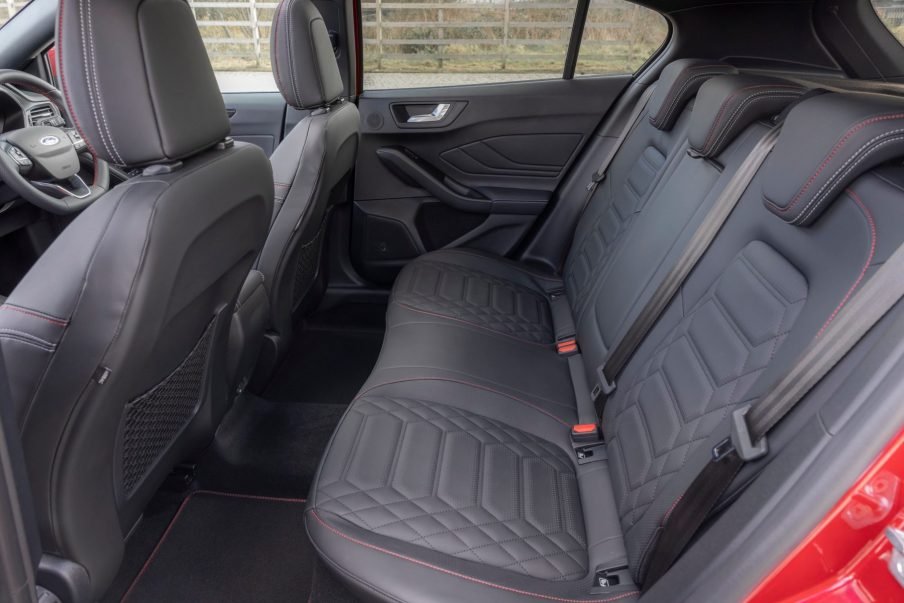 Even though it now incorporates the car’s heating and ventilation controls, it’s slick, colourful and easy to use. Every Focus also now comes with digital dials.

Advanced driver assistance technologies include Blind Spot Assist which can help prevent a driver switching lanes if a potential collision is detected.

Before I proceed, let’s just be clear that the 48-volt mild hybrid system used in the Focus is pretty basic. Unlike plug-in and full hybrids, it cannot drive the car alone. 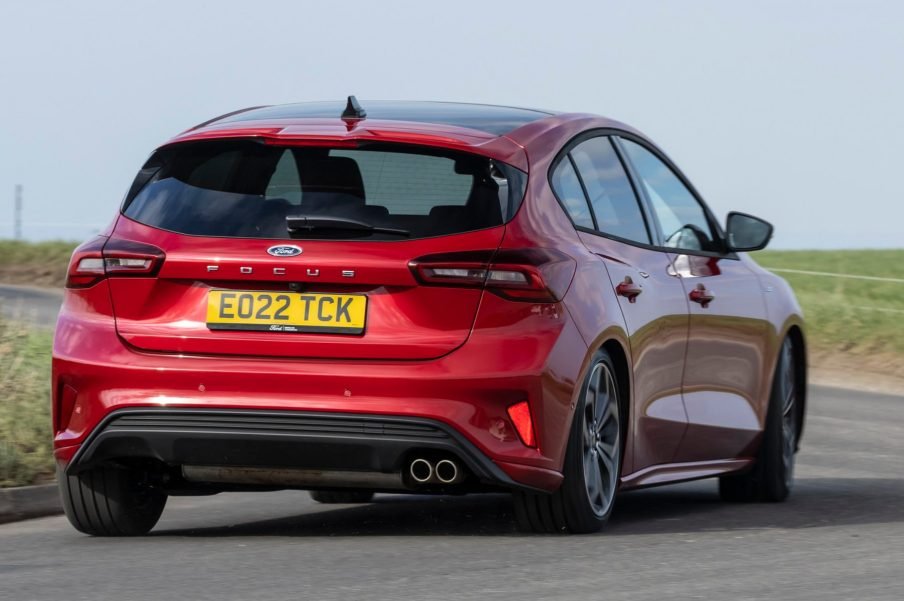 Instead, it boosts engine acceleration and aids fuel economy (though that’s marginal), and it drives just like an ICE (Internal Combustion Engine) car, so no plugging in to charge the small battery.

However, when rivals such as the all-new Vauxhall Astra and Peugeot 308 are available as plug-in hybrids (with all-electric versions to follow in 2023), the Focus is barely keeping up and will lose out in the all-important business sector where lower CO2 levels means big tax benefits.

That said, there are plenty of drivers who are not ready (or can’t) make the switch to plug-in and electric vehicles, or simply prefer conventional cars for now, so there is still a place for the Focus. 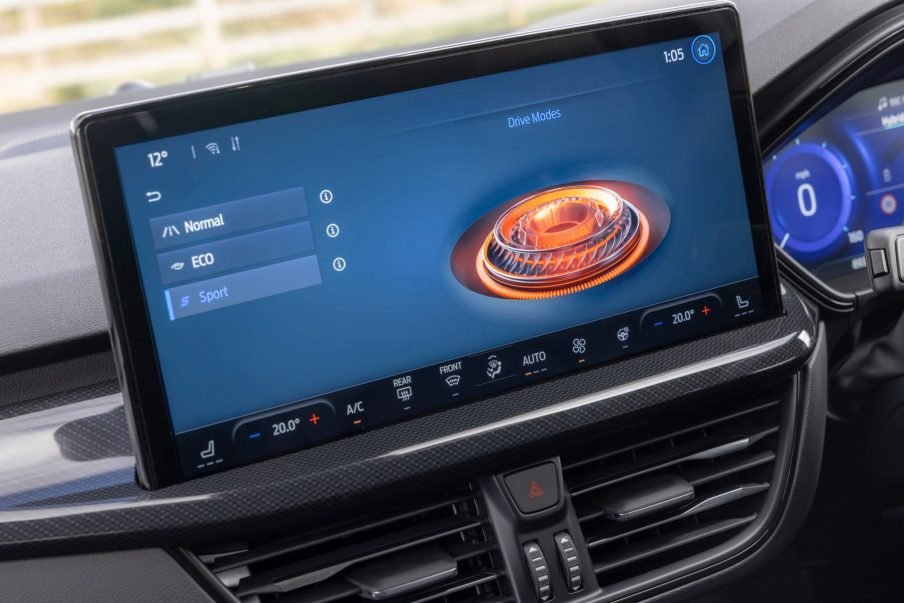 And here’s the thing – I’ve driven dozens of full hybrid, plug-in hybrid, 100% electric vehicles (EVs) and SUVs with indifferent dynamics, so the Focus’s blend of driver engagement and practicality is a real treat.

Not only does it look the part, but there’s plenty of space inside for five adults, plus the boot is a competitively sized 375 litres (rising to 1,354 litres with the rear seats folded). There’s also a lovely low driving position should you want it – an impossibility in most EVs and SUVs.

Then there’s the famed handling characteristics of the Ford Focus. It’s fun to drive, feeling agile and planted with sharp steering and loads of grip. 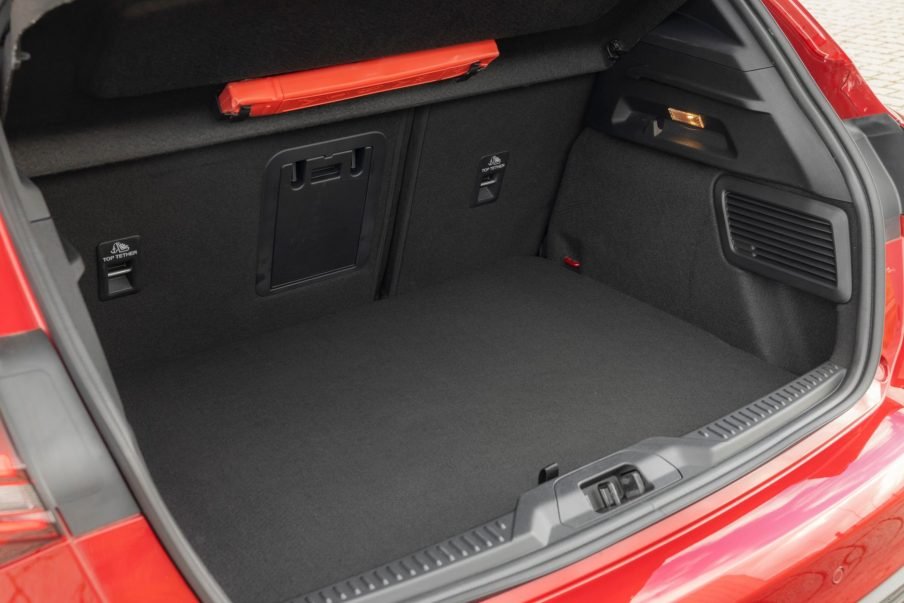 Push it in faster corners and where some rivals will become unsettled, the Focus takes it in its stride.

That’s not all, the lively little engine punches way above its weight, providing ample power, the slick six-speed manual gearbox is an absolute joy to use and the brakes are reassuringly reactive.

The ride is on the firm side, but not uncomfortably so, while the build quality is hard to fault and cabin refinement is excellent.

Verdict: The Ford Focus is a fantastically well sorted car. Fun to drive, stylish, practical, comfortable, economical, and now featuring a bang up to date infotainment system, it’s still one of the best family hatchbacks on the market.