The all-new C5 X marks Citroen’s return to the ‘D-segment’ – automotive industry speak for the size of vehicle next up from the ‘C-segment’ (eg VW Golf, Ford Focus).

An intriguing mix of hatchback, estate and SUV, its competitors include everything from the Volkswagen Arteon and Peugeot 508 fastbacks, to the Skoda Superb estate and even the Kia Sportage crossover.

The C5 X is a car that dares to be different, and for that alone, Citroen deserves praise. 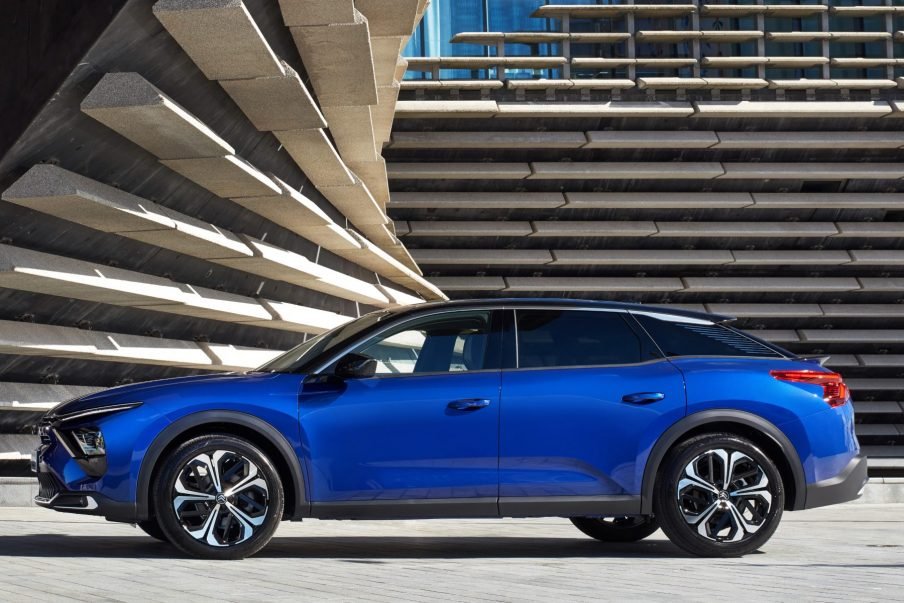 Around the same size as a Volkswagen Passat, the C5 X initially has the look of a sleek hatchback. Study it closer and there’s an estate-like rear overhang, while the raised ride height hints at a crossover.

The result is unmistakably a Citroen. A handsome, aerodynamic car with an impressively low drag coefficient of just 0.29.

Citroen even claims the newcomer pays homage to the game-changing CX and iconic XM, but that might be stretching it a little.

Why? Because apart from its distinctive design and affordable starting price (£27,790), it’s a fairly conventional large family car. 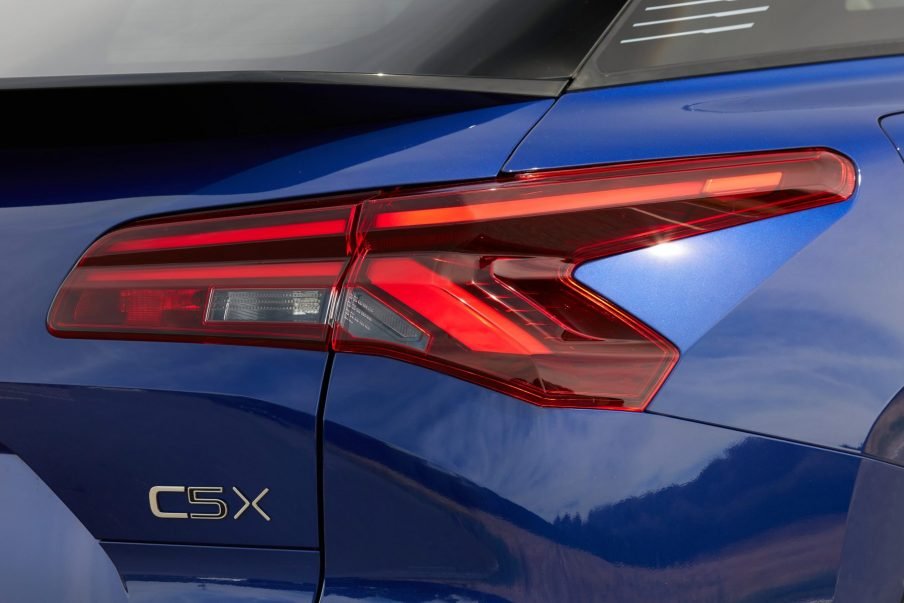 The C5 X is offered with a choice of either 1.2 or 1.6-litre petrol engines producing 128bhp and 178bhp respectively, or a 222bhp plug-in hybrid system. It’s only available with front-wheel drive and an eight-speed automatic gearbox, and there’s no diesel option.

The entry-level petrol 1.2-litre three-cylinder petrol engine powers the C5 X from standstill to 62mph in 10.4 seconds and it’s capable of up to 48.6mpg, while CO2 emissions are as low as 136g/km.

Combining the 1.6 petrol unit with an 81.2kWh electric motor and 12.4kWh lithium ion battery, the range-topping plug-in hybrid (PHEV) is the quickest model with a 0-62mph time of 7.8 seconds. 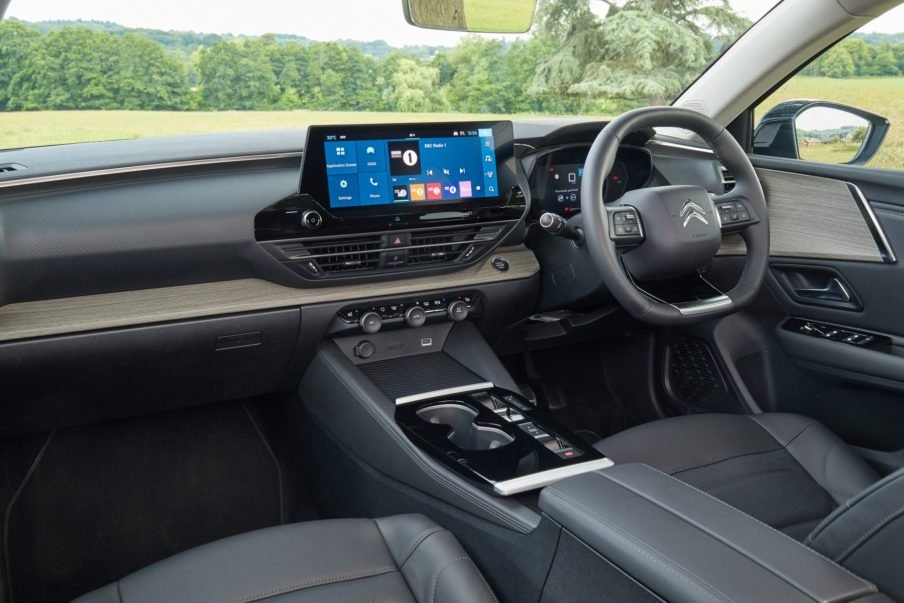 More importantly, it offers up to 37 miles of electric-only driving and CO2 emissions are only 30g/km, unlocking substantial tax savings for business users.

In other words, if your daily commute is around the 25-mile mark (in line with the UK average) and you can charge overnight at home (it takes less than two hours to recharge from 0% to 100%), your visits to the petrol station could be few and far between.

You sit lower down in the Citroen C5 X than most SUVs, yet higher than a hatchback or estate, and the overall feel is more conventional car than crossover.

Soft and supportive, Citroen’s Advanced Comfort seats are standard across the range and a big bonus, especially on longer journeys. 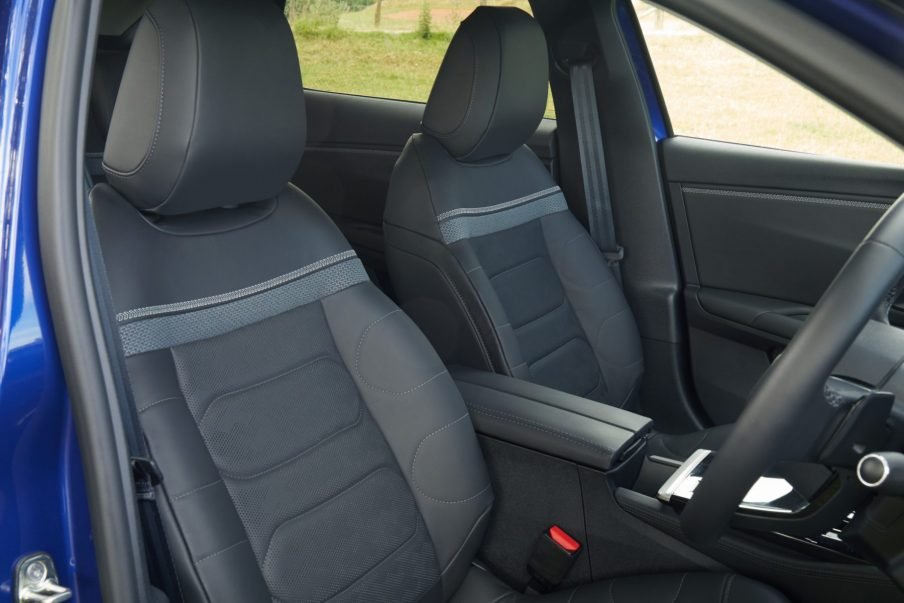 Elsewhere, the cabin isn’t quite as plush as we’d hoped, but we can’t fault the crisp, intuitive infotainment system. The entry-level Sense Plus trim comes with a 10.0-inch infotainment touchscreen, while both higher trim levels (Shine and Shine Plus) get a 12.0-inch.

The infotainment system features Android Auto and Apple CarPlay, DAB radio, Bluetooth and built-in sat nav, while Citroen has thankfully left the heating/cooling controls as a separate entity below the touchscreen and vents – with buttons and dials.

Perhaps most impressively, there’s a real feeling of space inside the cabin – front and back. This is no surprise, because the CX 5 is made in China (and sold there too) and if there’s one thing the Chinese like, it’s rear passenger space.

Additionally, boot capacity is 545 litres, expanding to an estate-like 1,640 litres with the rear seats down. Just to give you an idea of the space available, it’s possible to fit a washing machine in sideways without flipping the back seats, though it’s worth noting that the PHEV’s capacity is reduced to 485/1,580 litres because the battery takes up some space. 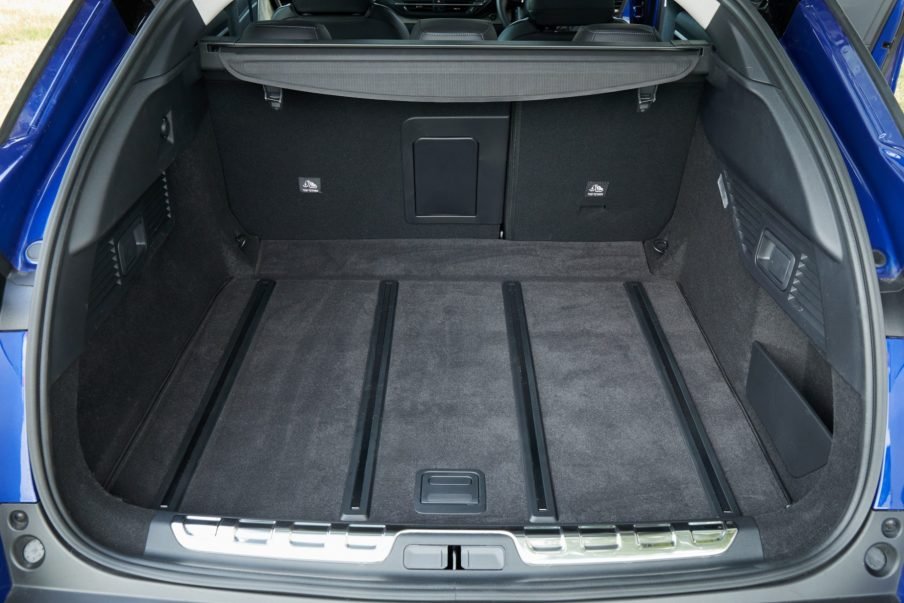 We tested both petrols and the PHEV, and while offering a lot of car for the money, the thrummy little three-pot 1.2 in the entry-level model has to be worked quite hard to lug around this relatively large car.

We’d advise paying the extra for the turbocharged 1.6, which is swifter, pulls better and more refined.

If money is no object, then go for the plug-in hybrid, which offers the most relaxed driving experience overall and suits the C5 X best.

There’s more power on tap, and naturally, it’s hushed in all-electric mode, while the switch from petrol to hybrid and vice versa is seamless. The only slight issue is the eight-speed automatic gearbox which is sometimes a little hesitant to kick down. 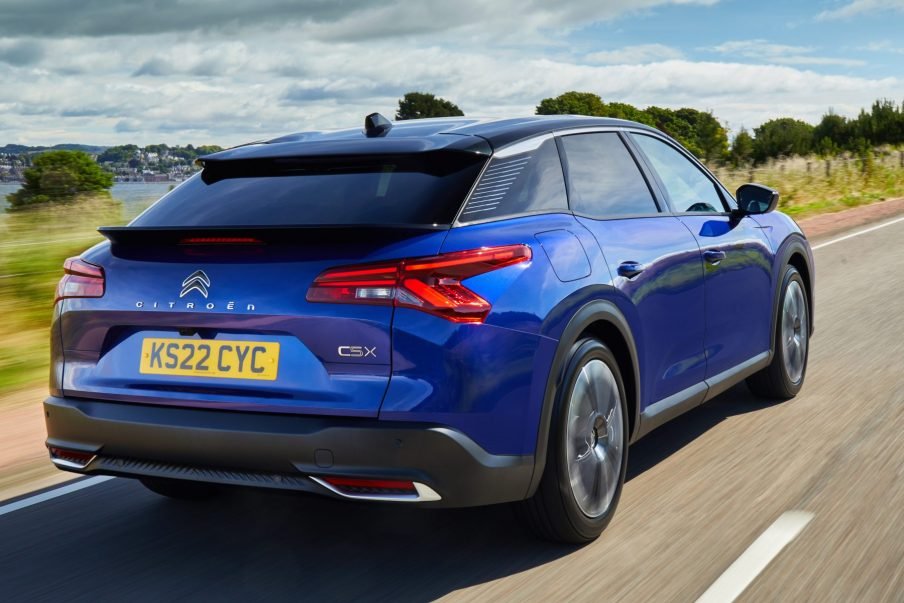 Citroen’s ‘Advanced Comfort Suspension with Progressive Hydraulic Cushions’ system is standard across the range with the French company claiming it provides a ‘magic carpet’-like ride.

We wouldn’t go as far as ‘magic carpet’, but the ride is smooth and bump absorption is impressive. That said, on rougher surfaces, we were surprised how much road noise made its way into the cabin. 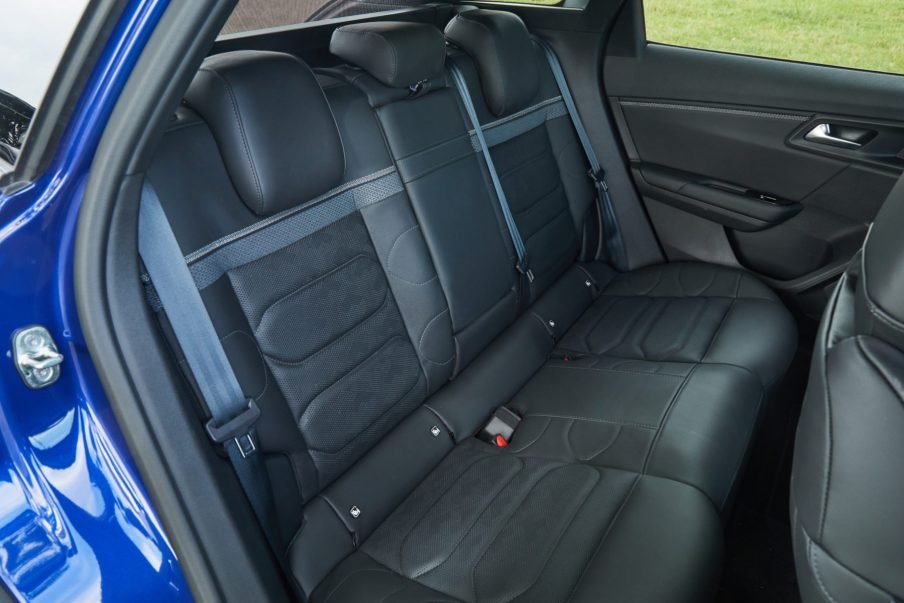 The steering is light and it’s easy to manoeuvre thanks to all-round parking sensors and a rear-view camera, even if visibility isn’t best-in-class.

Which brings us to the sharply raked rear window, complete with two spoilers. It may look cool, but there’s no rear wiper. We drove the C5 X during a heatwave, so we couldn’t test it in the rain. We’ll reserve judgement for now, but we fear this could prove to be an issue on motorways, for instance, when rain and dirty spray is the order of the day.

Ultimately, the C5 X is at its best cruising along while you and your passengers enjoy the smooth ride in your comfy seats.

Verdict: The all-new Citroen C5 X is a breath of fresh air; offering elegance, comfort, refinement and serious value for money. If you can, stretch to the plug-in hybrid version for extra economy and low CO2 emissions.