Every now and again a new car rocks up that takes me by complete surprise. Believe it or not, the Dacia Jogger is one such vehicle.

The headline is that this latest model from Renault’s Romanian budget brand is the cheapest seven-seater on the market – by a long chalk.

The reality is that it’s a remarkably affordable family car that can genuinely seat seven people (I’m just under 6ft and I can fit in the third row), which is more than you can say for some other supposed seven-seaters for more than twice the price. 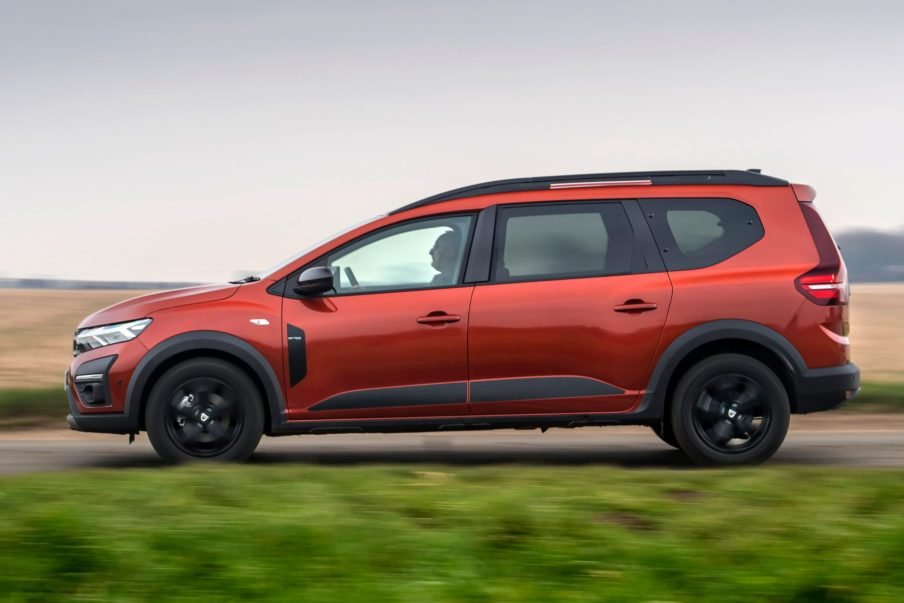 The cheap and cheerful Jogger range starts at just £14,995 and it’s hard to categorise because it’s the length of an estate car, has the ground clearance some crossovers, and yet boasts the interior versality of a people carrier, or even a LAV (Leisure Activity Vehicle).

Comfort, which is likely to be the most popular option, gets keyless entry, an electronic handbrake, automatic wipers and a rear parking camera, while Extreme SE adds heated front seats, interior floor mats, sat nav and a few rufty-tufty exterior styling tweaks. 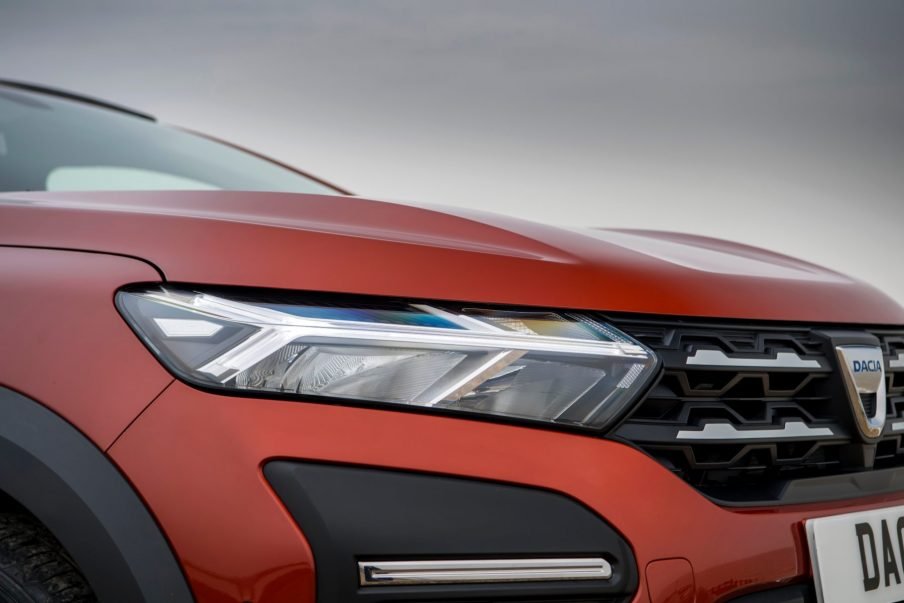 Comfort and Extreme get an 8.0-inch touchscreen with Apple CarPlay and Android Auto connectivity, but you’ll have to use your smartphone for media and navigation duties on an entry-level Essential model.

So, the Jogger follows in the same successful wheel-tracks as its siblings – the Sandero, Sandero Stepway and Duster – which is no-frills motoring at a bargain price. 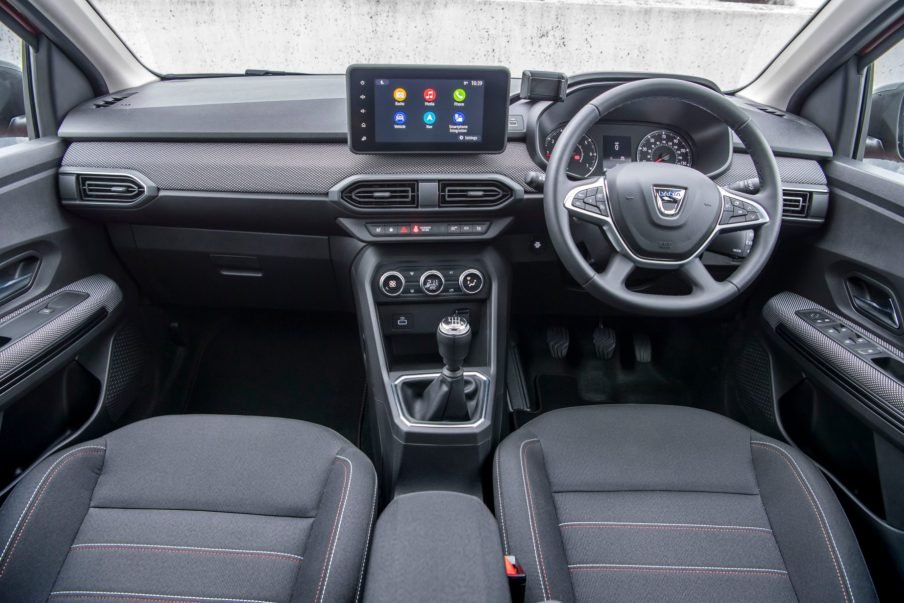 It shares its attractive front end, complete with straked LED headlights, with the recently launched Sandero, while its profile is certainly distinctive (and long), but it won’t win a rear of the year contest.

That said, it is a clever design because the rear gently rises up, allowing stacks of headroom and visibility inside for passengers in the stadium-style second row of seats, where there’s already impressive legroom. 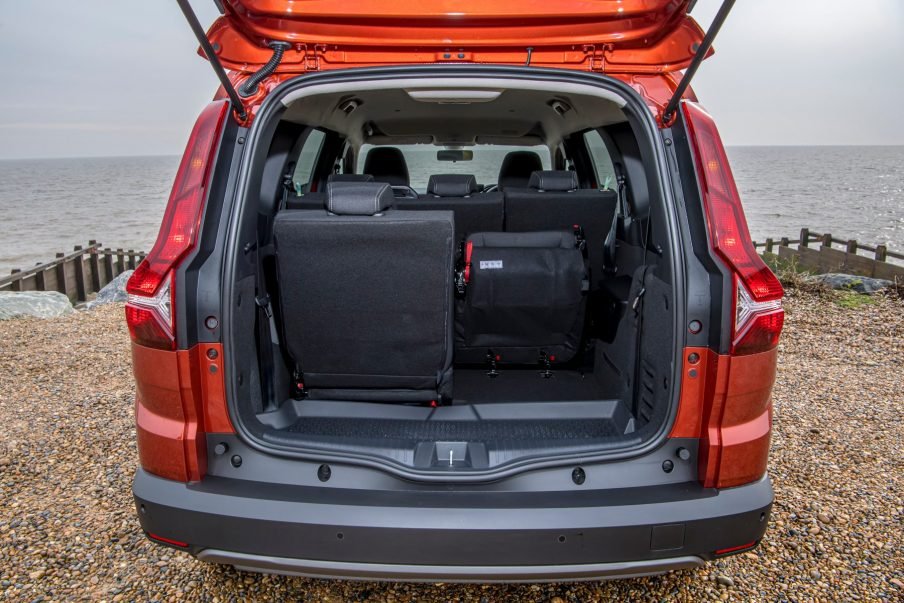 The Jogger also features Dacia’s clever roof rails, which swivel around to create a roof rack.

The front cabin will be familiar to Sandero drivers, which means that it’s pretty basic and there’s no shortage of scratchy plastic, but it does the job. My only gripe is that the driving position is a little high for my liking. 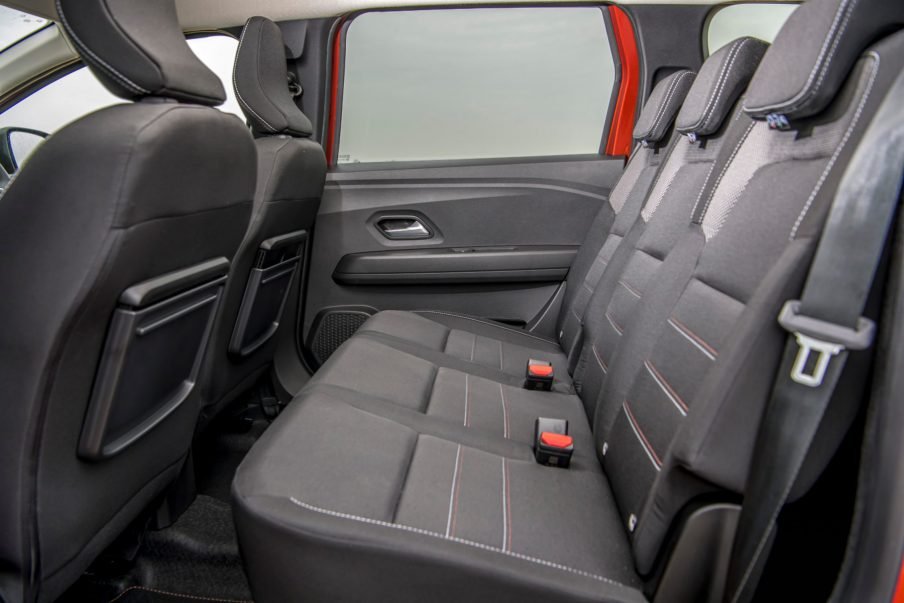 It’s incredibly easily to drive with light steering and good visibility, but things get a little more challenging when its pushed beyond its comfort zone. More spirited drivers will soon realise that it loses its composure on more challenging roads.

Keep it sensible and the lightweight Jogger is nimble and good fun to drive. 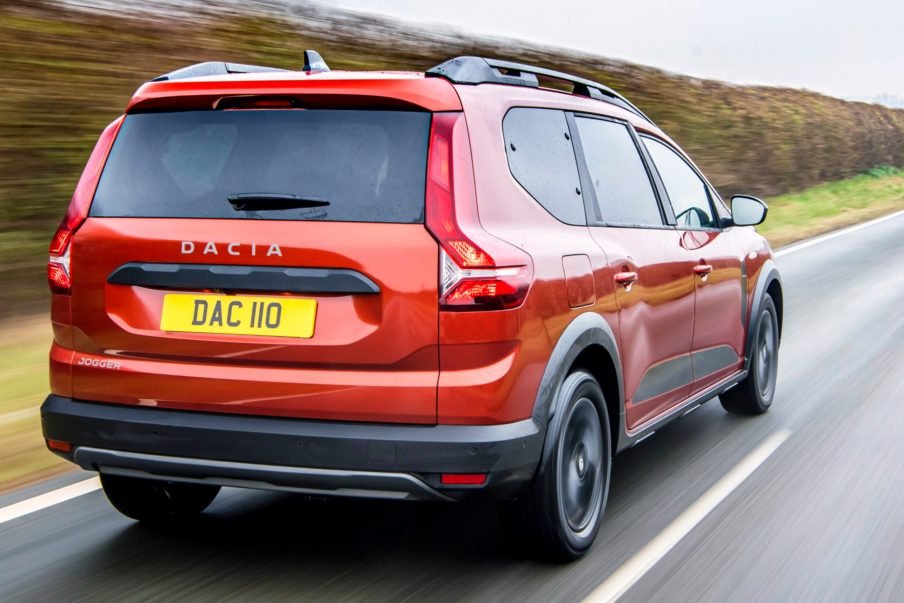 So far so good – now the fly in the ointment. The Jogger scored just one out of five stars in Euro NCAP safety tests, which are more rigorous than ever.

It was marked down for its lack of safety kit and driver assistance technology equipment and the testers were unimpressed that it doesn’t have airbags or seatbelt reminders for the third row of seats.

While this safety score is nothing to boast about, it’s worth pointing out that the Jogger isn’t a dangerous car, it’s just not as super safe as many other new vehicles. 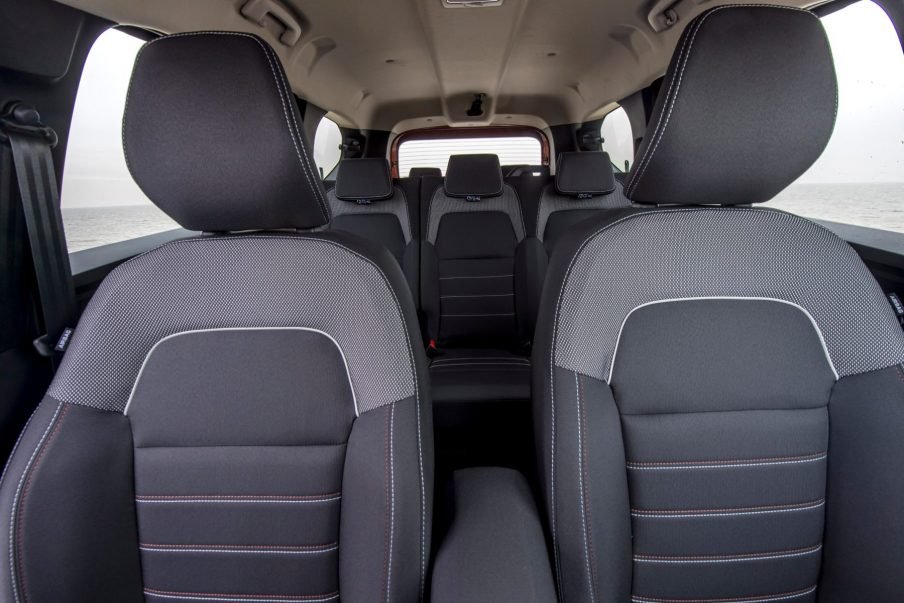 It’s a shame to end on a negative, because the Jogger is a fantastic all-round package, especially when every penny counts.

Verdict: As the cost of living crisis deepens, the all-new Dacia Jogger is well worth considering because it offers remarkable value for money and is a superbly honest and practical car. A genuine seven-seater, it’s economical, easy to drive and incredibly versatile. Take one for a test drive and prepare to be bowled over. 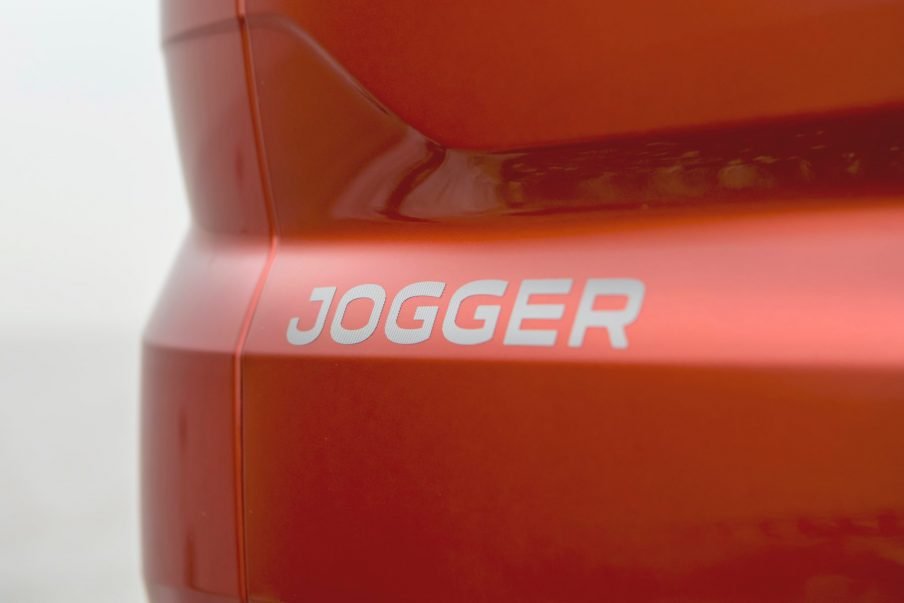