When the original Nissan Qashqai was launched back in 2007, it pioneered the crossover concept with its blend of hatchback compactness and SUV practicality.

The all-new third-generation model is the best yet. Again built in Britain, it’s set to emulate the sales success of its predecessors.

And it’s just as well that it is hugely improved because a lot has happened in 14 years and it’s now up against strong competition from the likes of the Kia Sportage, Volkswagen Tiguan, Hyundai Tucson, Peugeot 3008, Seat Ateca and Skoda Karoq. 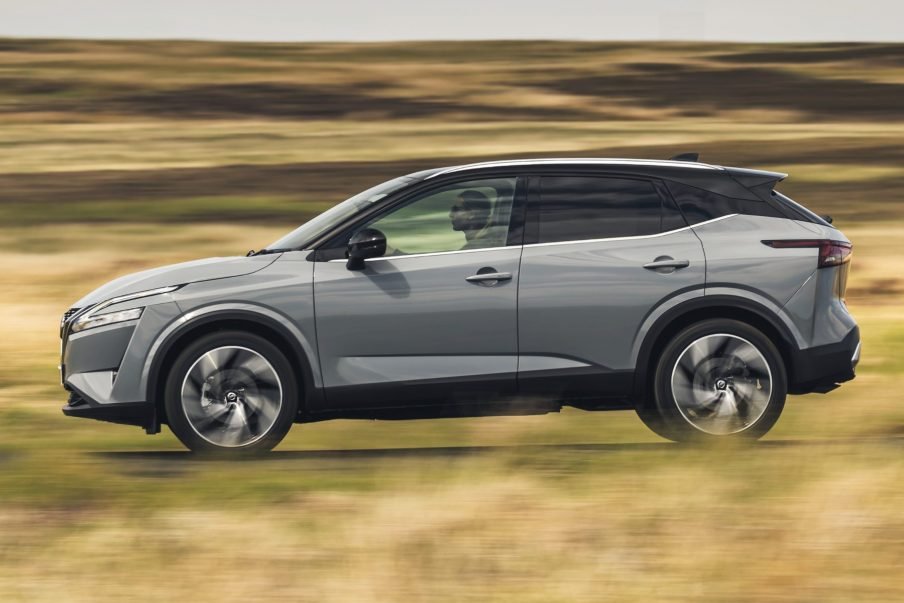 Essentially, the new Qashqai is a step up in just about every area compared to the outgoing model which was launched in 2013 and was beginning to show its age by the end of its production run.

Still instantly recognisable as a Qashqai, the new car looks distinctive and modern – and enjoys much greater kerb appeal.

Priced from £23,985, it’s initially only available with the revised 1.3-litre turbo petrol engine from the Mk2. However, it now features 12v mild-hybrid technology and is available with 138bhp and 156bhp outputs. 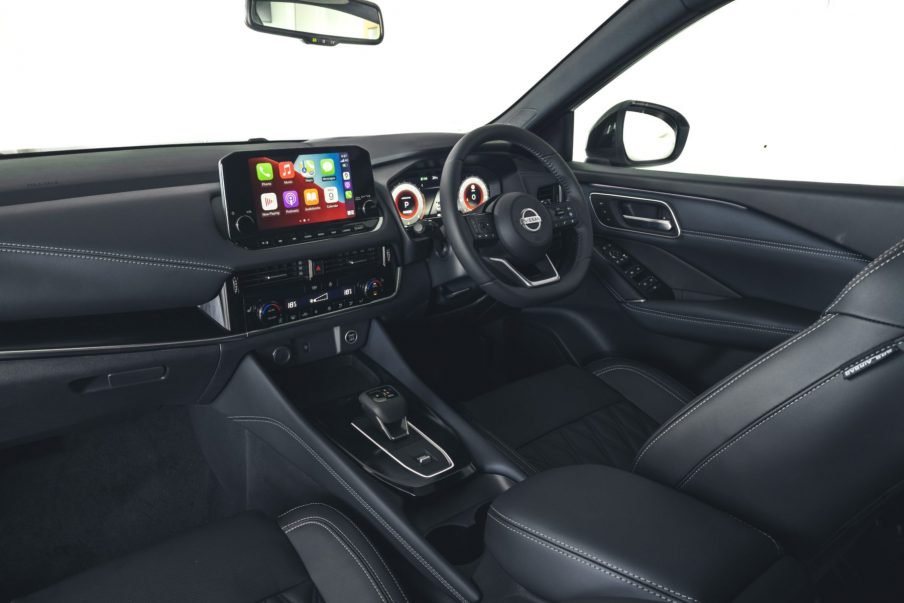 There is no diesel engine option, but buyers can choose between manual and automatic transmissions, plus all-wheel-drive.

Perhaps most intriguingly, Nissan plans to bring an e-Power version to market in 2022, offering a set-up different to any other currently on sale.

Unlike self-charging hybrids, it will feature a 1.5-litre engine/electric motor/battery combo. The petrol unit is used solely to generate electricity and the wheels are driven by the electric motor. 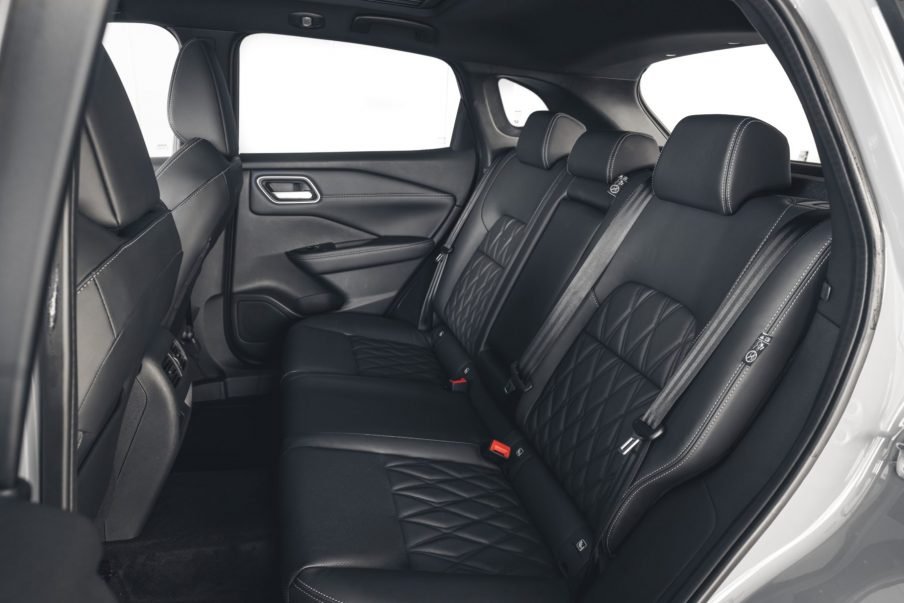 In other words, it’s a way of bringing the advantages of an EV (ie instant torque, smooth power delivery and near-silent operation) to those who don’t want to make the jump to a fully electric car just yet. Additionally, there’s no range anxiety, better fuel efficiency and lower CO2 emissions.

For now we have to make do with the existing mild hybrid petrol engine, which is fine because it’s a refined unit. I only tested the more powerful version (156bhp) with a manual gearbox and it managed just fine, even if you won’t be troubling any hot hatches.

Nissan claims it can sprint from standstill to 60mph in 9.5 seconds and on to a top speed of 128mph, while fuel economy is 43.6mpg and CO2 emissions as low as 146g/km.

Personally I’d opt for the slick Xtronic automatic gearbox, which seems better suited to the generally relaxed driving style of the car than the six-speed manual transmission. 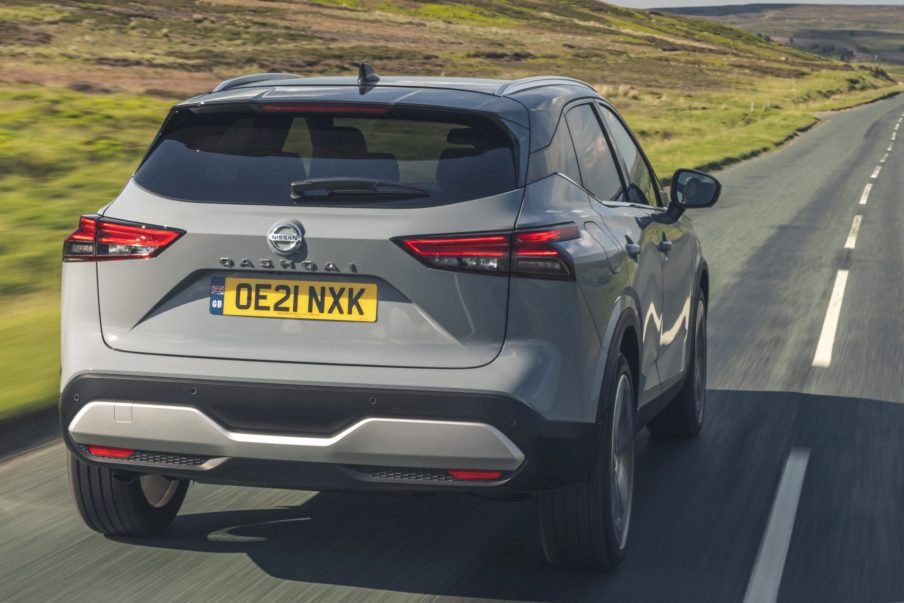 It’s possible to exceed the claimed fuel economy figure in everyday driving and exceed it on longer, steady runs, but considering there’s hybrid technology on board (recovering energy under deceleration and providing a small torque boost when accelerating), it’s not streets ahead of its rivals, while its emissions are average.

That said, the new Qashqai handles well and feels more agile than before, perhaps thanks to the 60kg overall weight reduction. Push it and there’s a little body lean in corners, but otherwise it offers a comfortable ride with plenty of grip, while the light steering works a treat in town.

The driving position is ideal, and just as you’d expect from a high-rider, visibility is great.

Inside, Nissan has listened to feedback from owners, so the rear doors open wider and there are more soft-touch plastics inside the cabin, for instance. There’s also a fresher, more modern look to the spacious cabin. 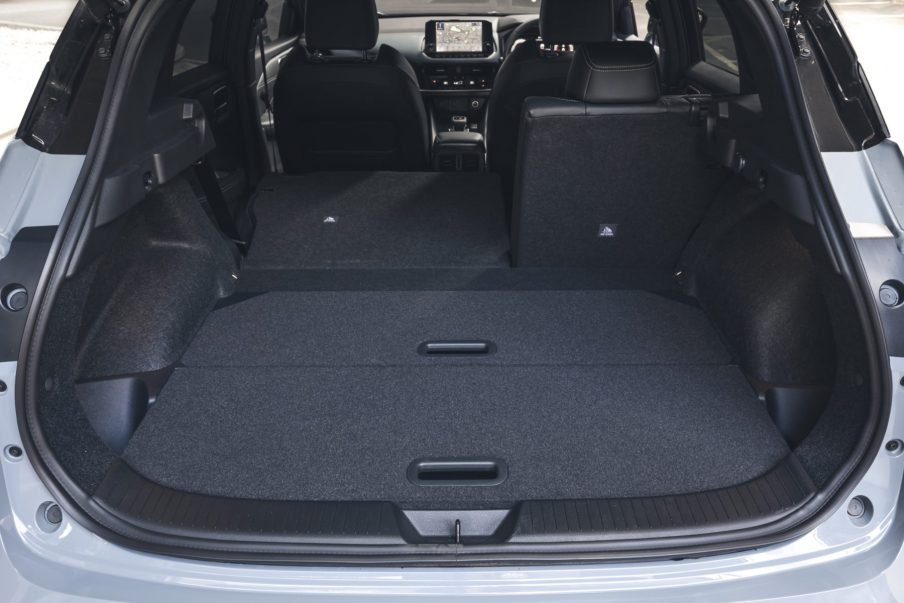 In fact, the wheelbase of the car has increased by 20mm, providing extra legroom for rear seat passengers, while the exterior length has grown by 35mm. There’s a slight increase in height (25mm) too, and width has expanded 32mm, making the new model larger overall.

What’s more, there’s also more storage around the cabin, while luggage capacity is a useful 504 litres, expanding to 1,447 with the rear seats folded down.

Not only can the new Qashqai carry five adults in comfort, with space for luggage, but it sports the latest technology.

The infotainment system, featuring Android Auto and Apple CarPlay connectivity, is faster and easier to use. A large digital driver’s instrument cluster is now also available, along with the latest version of Nissan’s ProPILOT semi-autonomous driving system. 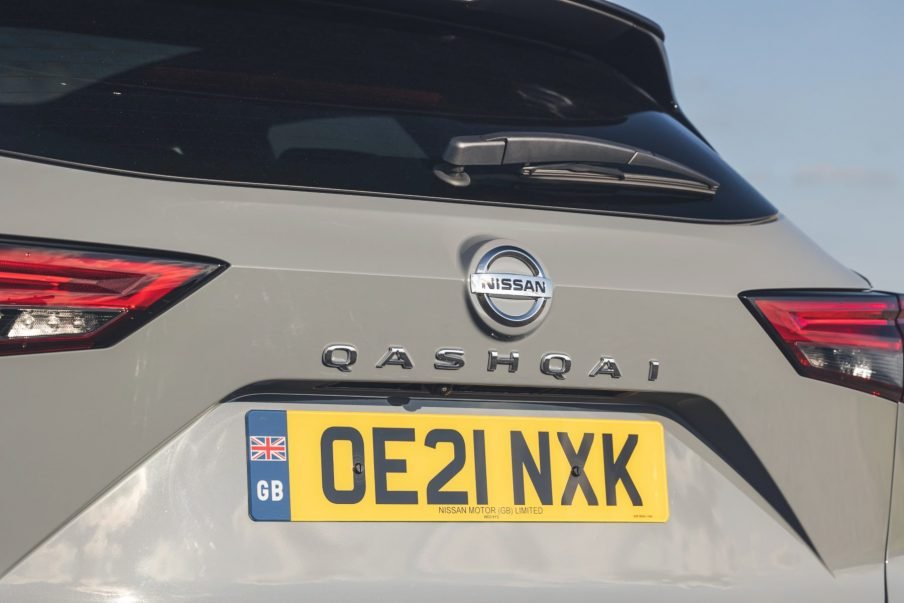 Verdict: The competitively priced all-new Qashqai puts Nissan back in the game with its winning blend of sharp new looks, refined driving experience and practicality, plus better build quality, the latest tech and generous equipment levels.