It’s not the BMW X2’s fault, but not long before I tested out the new plug-in hybrid version of this distinctively-styled, low-slung crossover, I was driving the latest BMW 330e saloon.

Re-reading my review, I concluded: “Frankly, it’s hard to criticise the 330e because it’s an almost perfect embodiment of a PHEV.” No pressure, there then for the X2.

However, the reality is that the difference between these BMW siblings is night and day, which is disappointing because I have a soft spot for the X2 – a car that dares to be different. 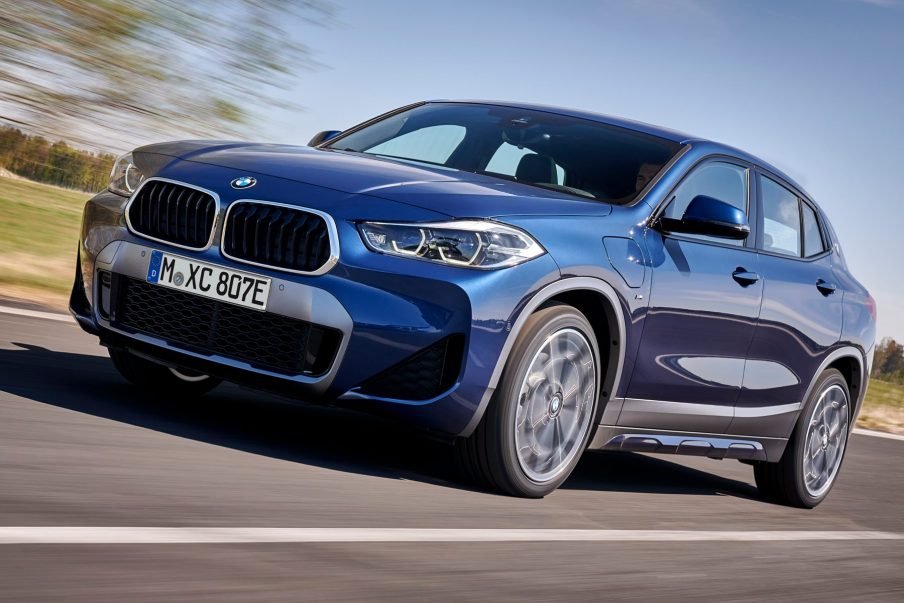 For starters, the 330e pairs a 2.0-litre four-cylinder engine (181bhp) and an electric motor powered by a lithium-ion battery, resulting in a combined output of 249bhp (or 289bhp for short bursts using the new ‘Xtraboost’ feature hidden in the Sport driving mode).

Opt for the rear-wheel drive model and the 0-62mph benchmark is reached in 6.1 seconds, while the xDrive four-wheel drive version is 0.2 seconds faster. Either way, top speed is 143mph and it has a pure electric range of up to 37 miles.

The X2 xDrive25e (yep, it’s a mouthful) isn’t far behind in the performance stakes, combining a three-cylinder 1.5-litre petrol turbo engine – also found in the MINI range – with an electric motor, producing 217bhp in total. 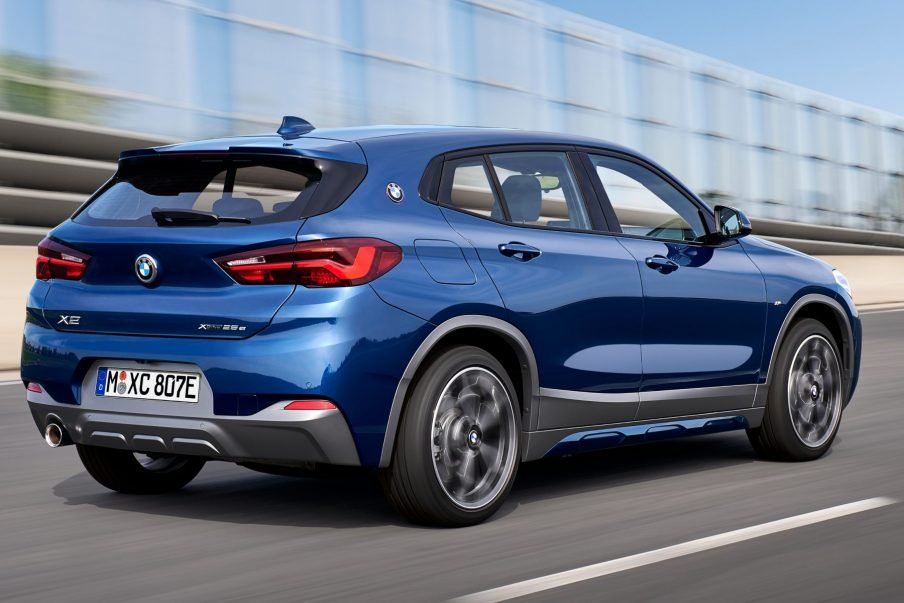 Four-wheel drive (xDrive) is achieved via the combustion engine powering the front wheels and the electric motor, which sits on the rear axle, while 0-62mph takes 6.8 seconds and it has a top speed of 121mph.

So, on paper the X2 PHEV is no slouch. More importantly for most buyers, it’s especially appealing for company car drivers looking to make significant tax savings because its vital CO2 emissions are as low as 39g/km. 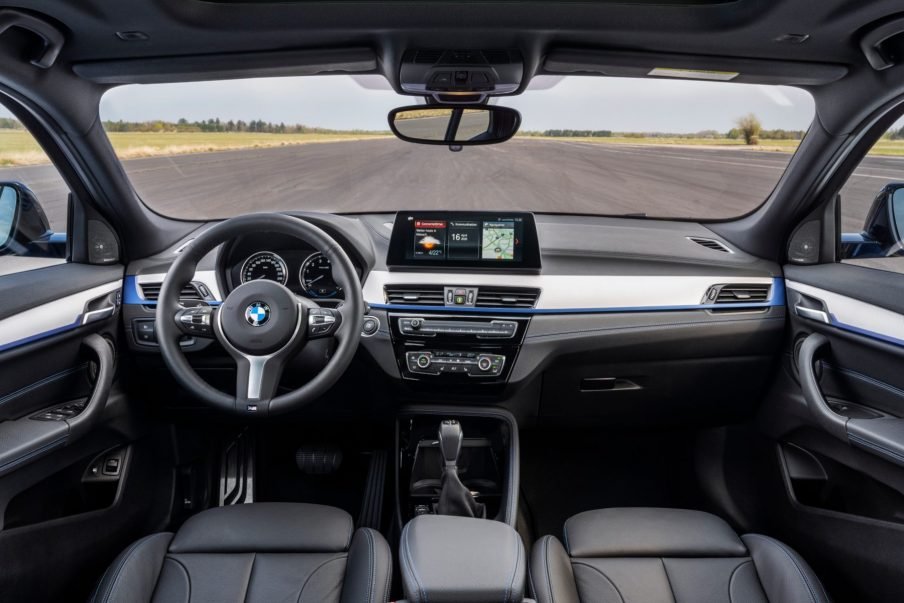 Sadly, the 330e also shows up the X2 PHEV’s deficiencies. Everything from the dated interior to the way it handles.

Let’s start with the dashboard and infotainment system, which looks old school by today’s standards. As the 330e illustrates, things have rapidly moved on, so the plethora of dials and buttons seems odd, as does the CD slot, while adding postcodes to the sat nav using a daisywheel function via the rotary selector dial next to the gear lever is almost 20th Century.

Oh, yes, and it has a long-throw auto gear selector with gaiter, unlike the latest BMWs which are blessed with a tactile, stubby shift knob. Add the analogue dials in the instrument binnacle and it’s almost retro. 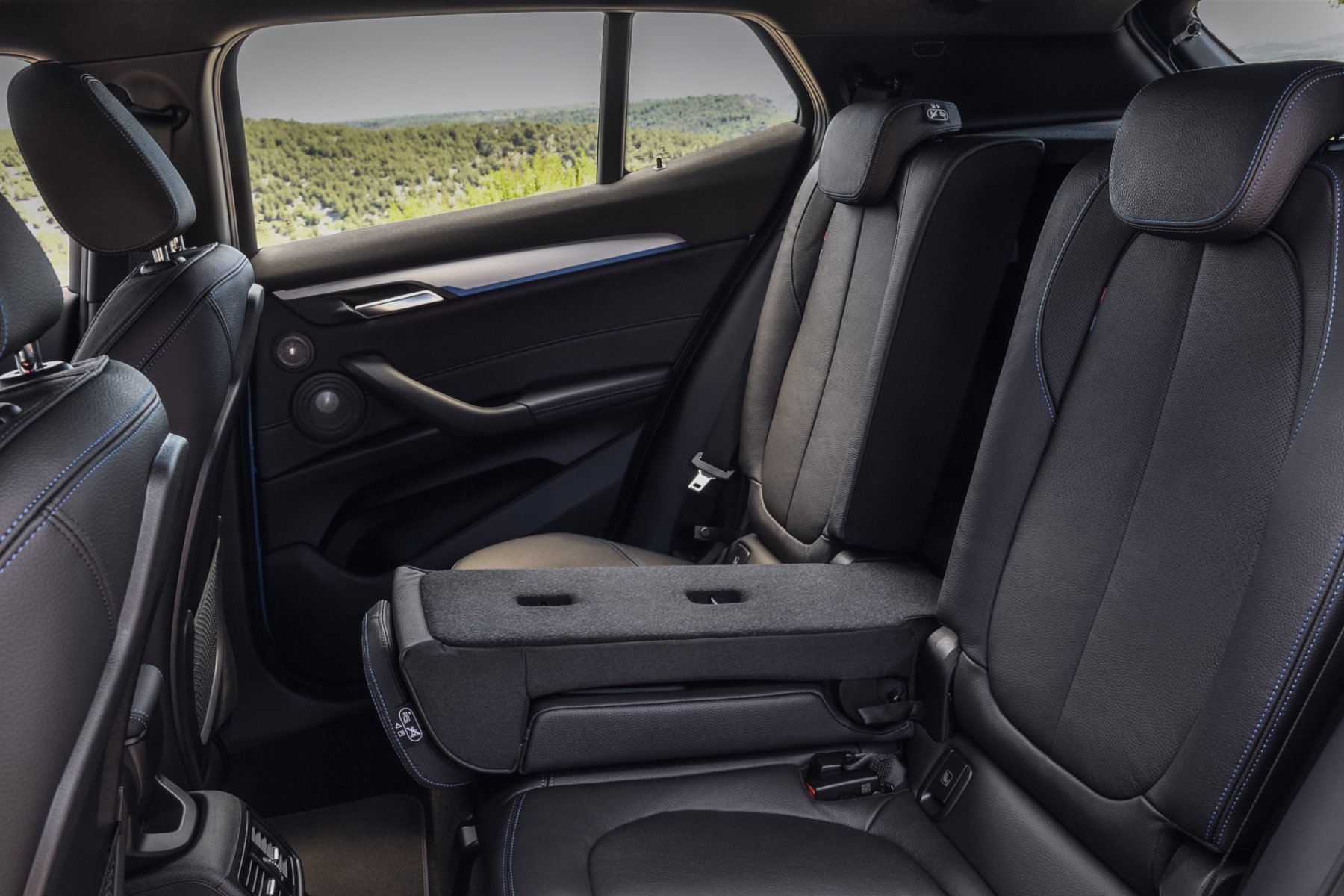 The X2 PHEV’s power delivery is punchy and it handles well enough – just not in the way we’ve come to expect from a BMW. Engineered more for comfort and economy than driver engagement, and not quite as refined as I would have hoped for, my week driving an X2 xDrive25e left me underwhelmed.

That said, as a sporty-looking, practical, eco crossover it makes absolute sense.

There’s room for five adults, and even though the battery eats into the X2’s boot capacity (reducing it from 470 to 410 litres), it’s still a useful space and it expands to 1,290 litres with the back seats flipped. 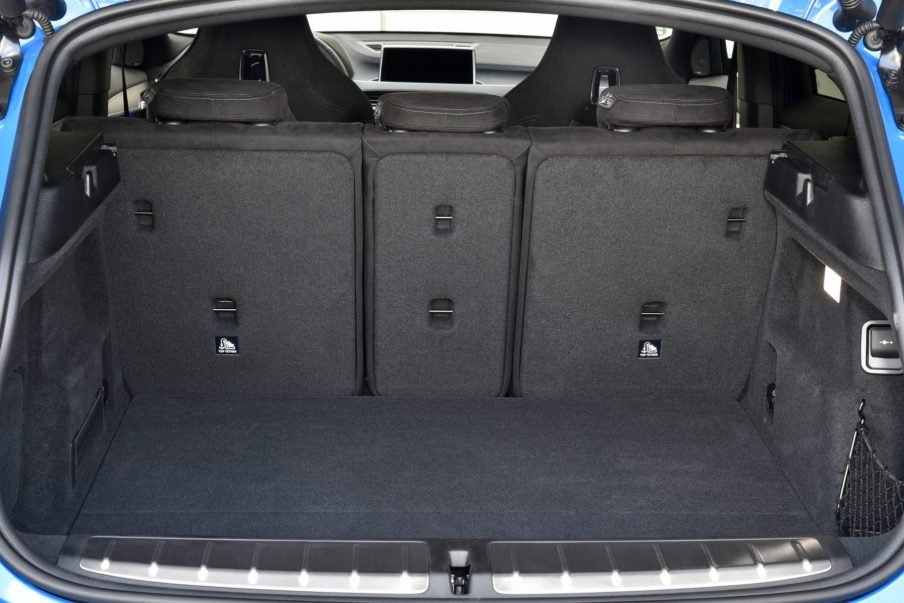 And like all plug-in hybrids, if you keep the battery charged (it takes 3-5 hours) and if you have a modest daily commute, your visits to the service station will be few and far between.

Priced from £39,390, the BMW X2 is up against some strong competition in the SUV premium PHEV sector, including its “little” brother (the X1), the Volvo XC40, Range Rover Evoque and Audi Q3. 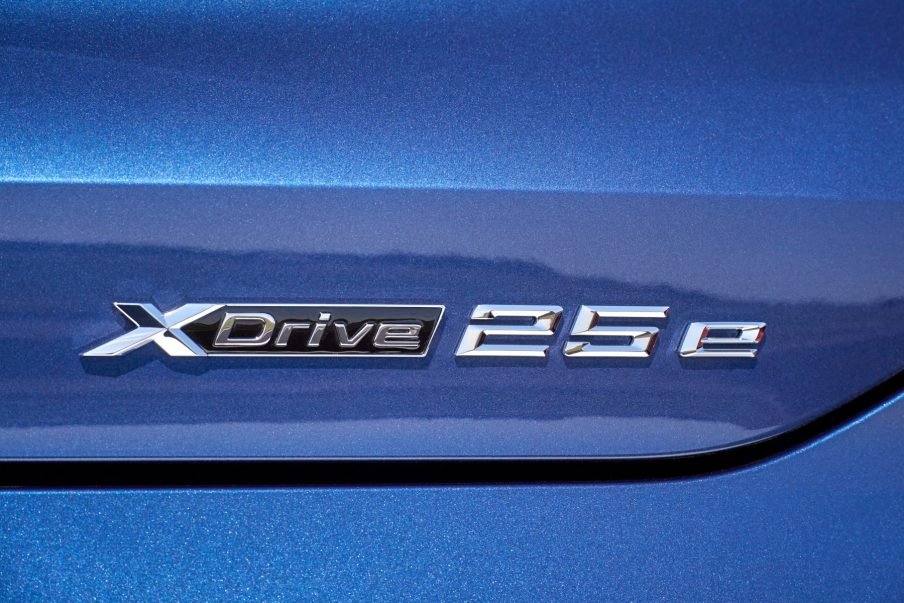