The impressive plug-in hybrid version of BMW’s popular 3 Series is one of the big sales successes of 2021.

It also makes sense for private motorists who are not quite ready to make the switch to a fully electric vehicle (EV), but still want to dip their toes into the future with a premium plug-in hybrid (PHEV). 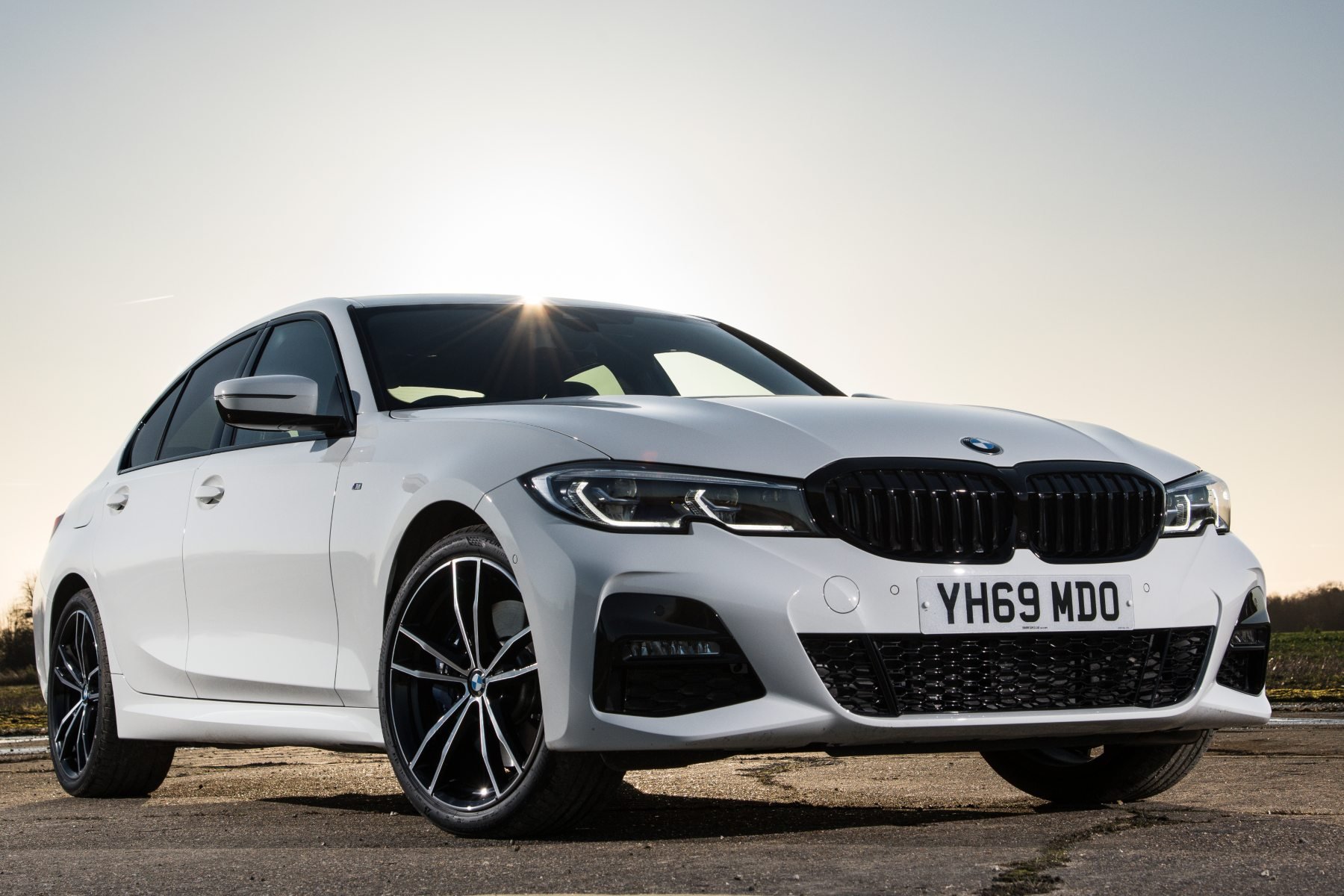 With a pure electric range of up to 37 miles, it can handle short commutes on battery power alone, but long journeys are no problem either (372-mile range) thanks to its petrol engine. So, like all PHEVs, it offers the best of both worlds.

The BMW 330e pairs a 2.0-litre four-cylinder engine (181bhp) and an electric motor powered by a lithium-ion battery, resulting in a combined output of 249bhp (or 289bhp for short bursts using the new ‘Xtraboost’ feature hidden in the Sport driving mode).

Opt for the rear-wheel drive model and the 0-62mph benchmark is reached in 6.1 seconds, while the xDrive four-wheel drive version is 0.2 seconds faster. Either way, top speed is 143mph. 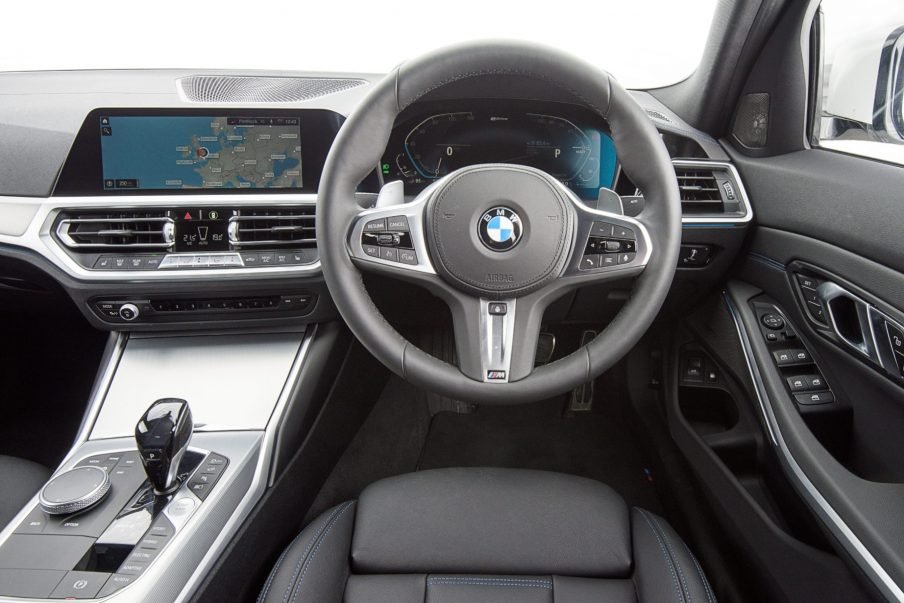 Apart from a few additional features in the infotainment system, ‘330e’ badging and an extra ‘fuel’ flap on the front wing, the only PHEV giveaway is the size of the boot, which is down from 480 litres to 375 litres (thanks to the battery pack located under the rear seats) and the hybrid/electric buttons beside the gear selector.

Charging the battery to 80% takes 2.4 hours using a 3.7kW home wallbox, or 5.5 hours via a domestic three-point plug. 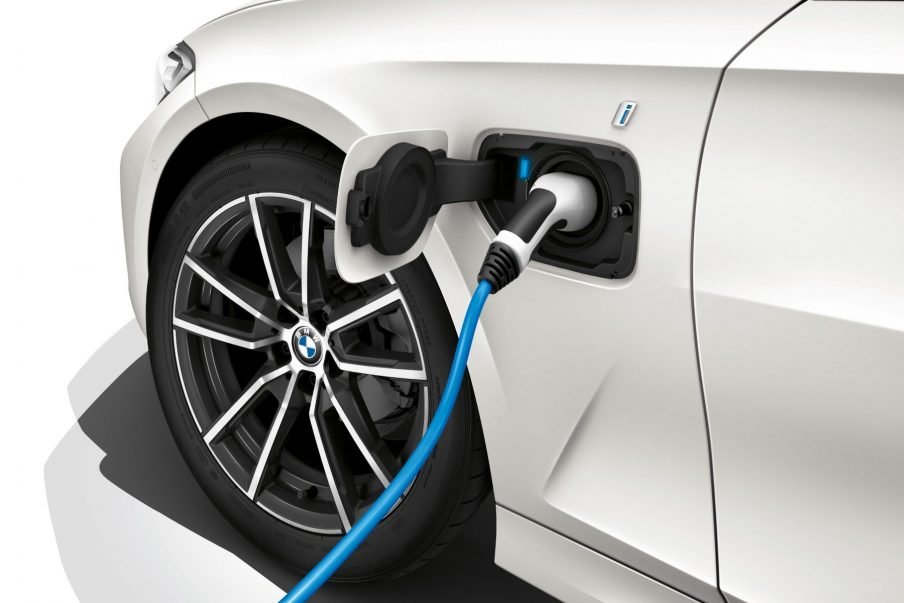 If you want to travel in near-silence with zero emissions, select Electric mode, avoid hard acceleration and don’t go over 68mph.

And if you run out of battery power, or simply fancy a blast, the switch from electric to petrol power is seamless.

Like most BMWs, the 330e offers a driver-focused driving experience. Not only is the power delivery responsive, but despite the extra 200kg+ compared to its petrol and diesel siblings, it handles just the way we’ve come to expect from this compact executive superstar. 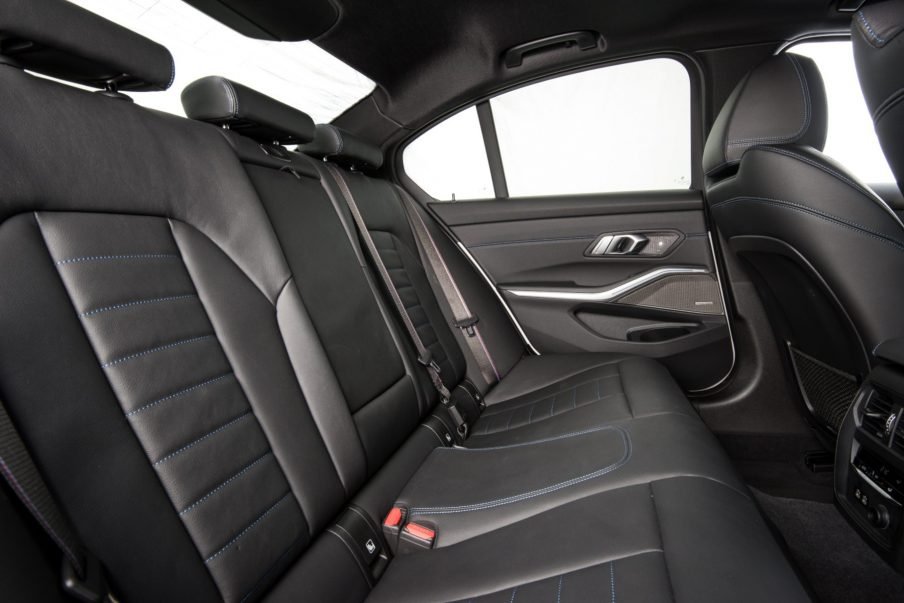 Traction is impressive too, especially if you opt for BMW xDrive, while the brakes (so often a disappointment in PHEVs) are progressive and efficient.

The eight-speed ZF automatic gearbox is as slick as ever, while the steering is quick, predictable and nicely weighted, 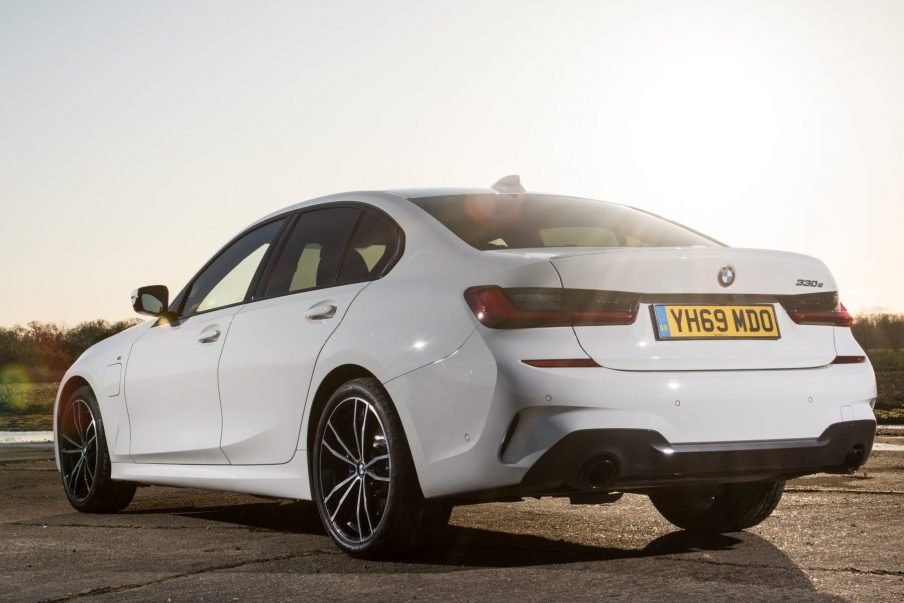 Inside, the cabin is classic BMW – more business-like than flash – with a blend of premium materials and top build quality, combined with the ideal driving position.

The latest version of iDrive remains one of the best in-car infotainment systems on the market and is projected through a 10.25-inch screen nicely integrated into the dash

In theory, the 330e is capable of 176-201mpg, but the reality is that 50-60mpg+ is achievable during mixed motoring if you keep the battery charged up overnight and you can restrain yourself on the road. 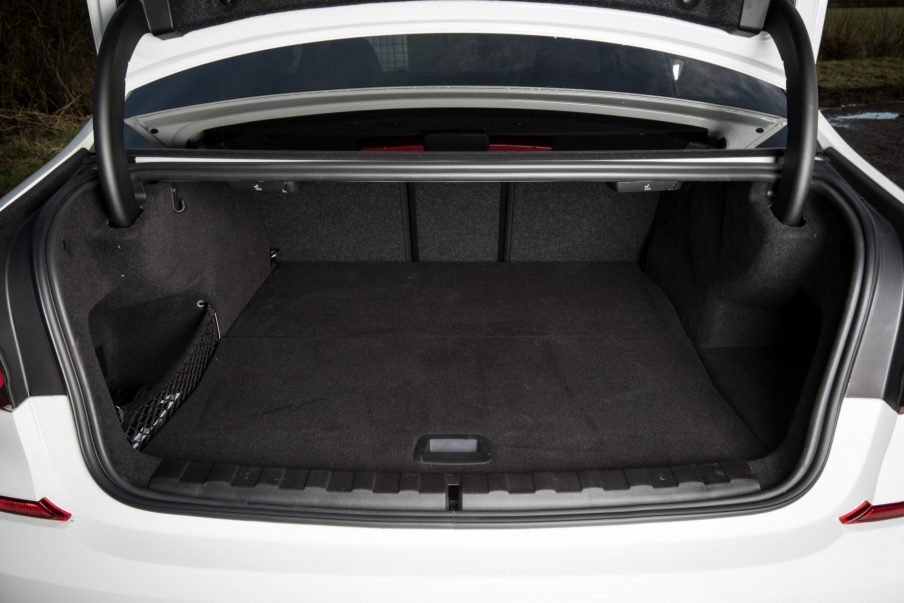 However, if your driving consists of short commutes, your visits to the filling station will become rare occasions because you’ll spend most of your time in EV mode.

Frankly, it’s hard to criticise the 330e because it’s an almost perfect embodiment of a PHEV. Even if the modest boot space in the saloon is an issue, you can still opt for the Touring version instead, and while the four-cylinder engine is a little harsh when pushed hard, the car’s overall refinement is excellent. 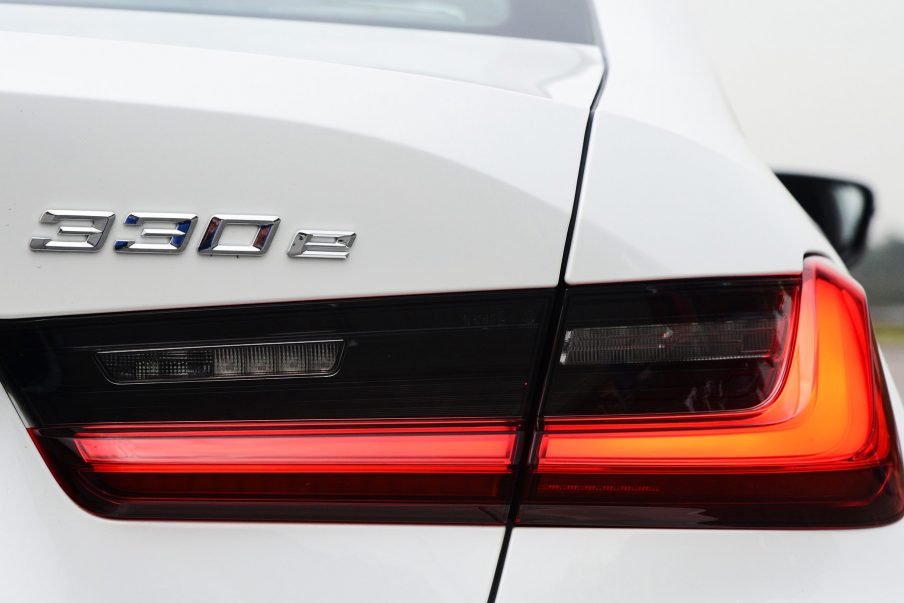