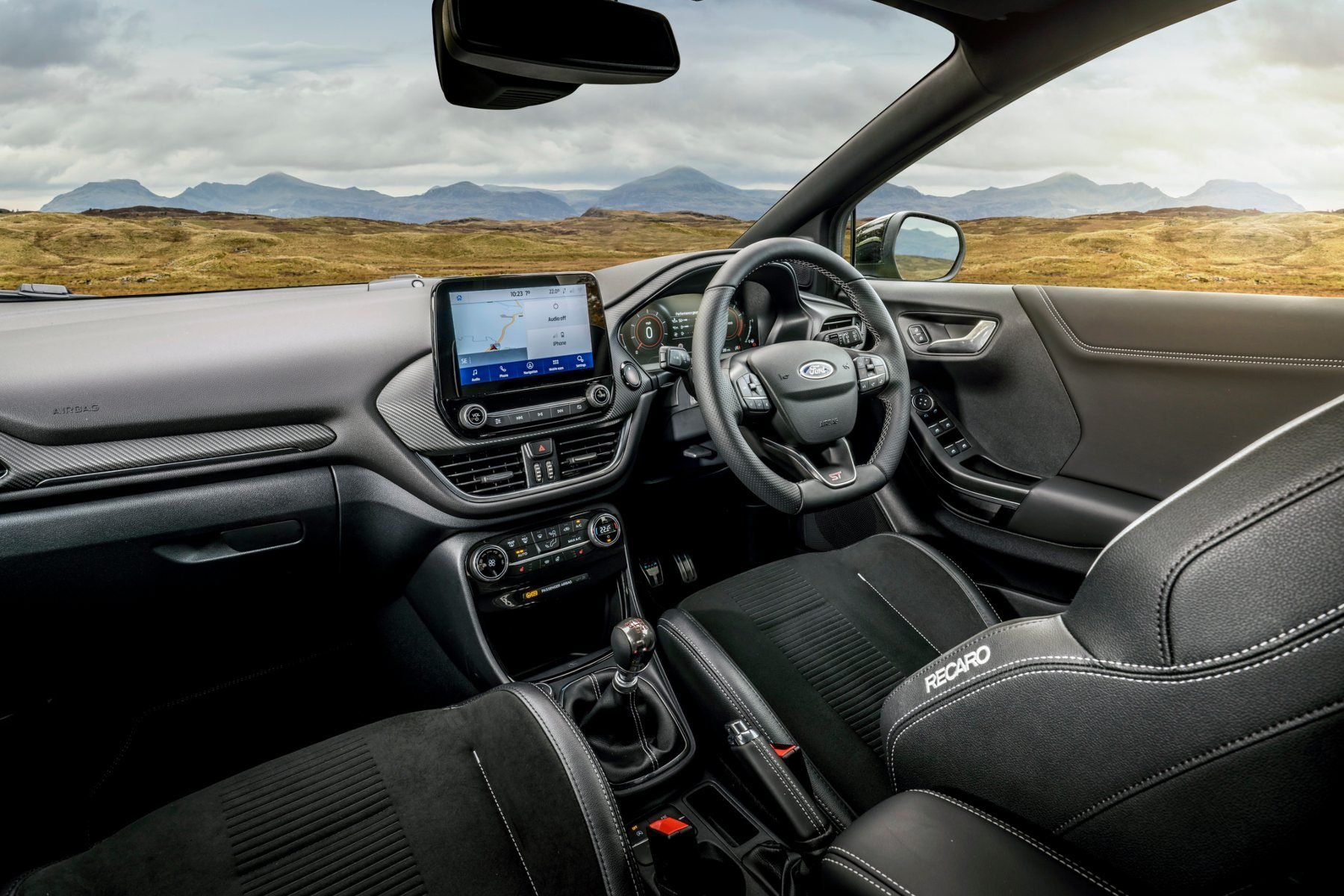 A little over a year since its launch, and the Ford Puma compact crossover has become a firm fixture in the Top 10 UK best-selling cars list.

Up until now it’s only been available with the excellent 1.0-litre EcoBoost engine in various states of tune, but now there’s the sporty ST version.

Using the same 197bhp 1.5-litre turbo three-cylinder unit as the Fiesta ST (but with torque boosted from 214lb ft to 236lb ft), Ford hopes it can work the same magic with this distinctive, slightly bigger, more practical car. 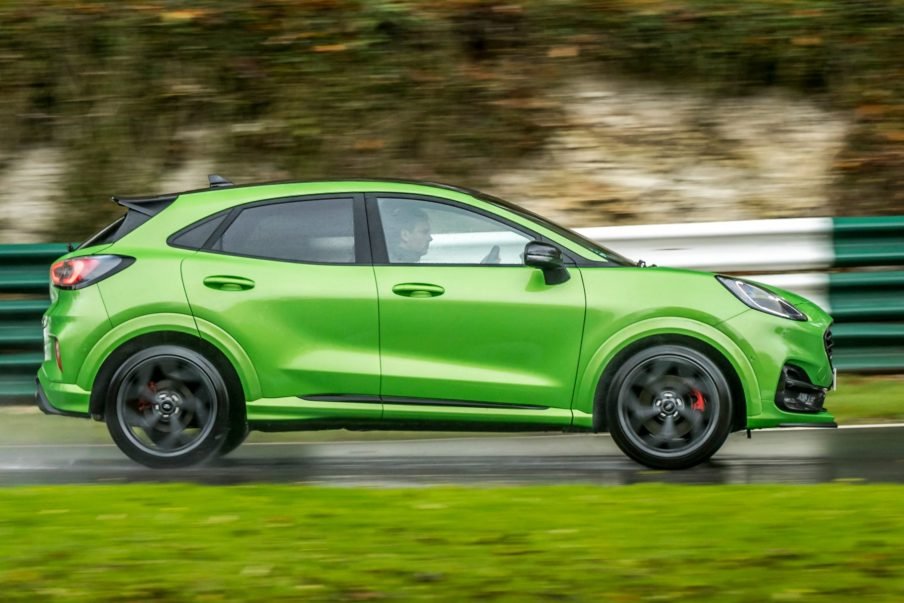 At first glance, there’s not much to distinguish the ST from the smaller-engined ST-Line, apart from ST badging and a few subtle tweaks, including twin exhaust tips and new alloys.

This is probably the right decision because too many boy racer additions would limit its appeal. Plus, if you opt for Mean Green, you stand out quite enough, thank you very much.

Inside, the biggest difference is a pair of Recaro sports seats, a flat-bottomed ST steering wheel, plus ST-branded gear knob and door sill protectors. 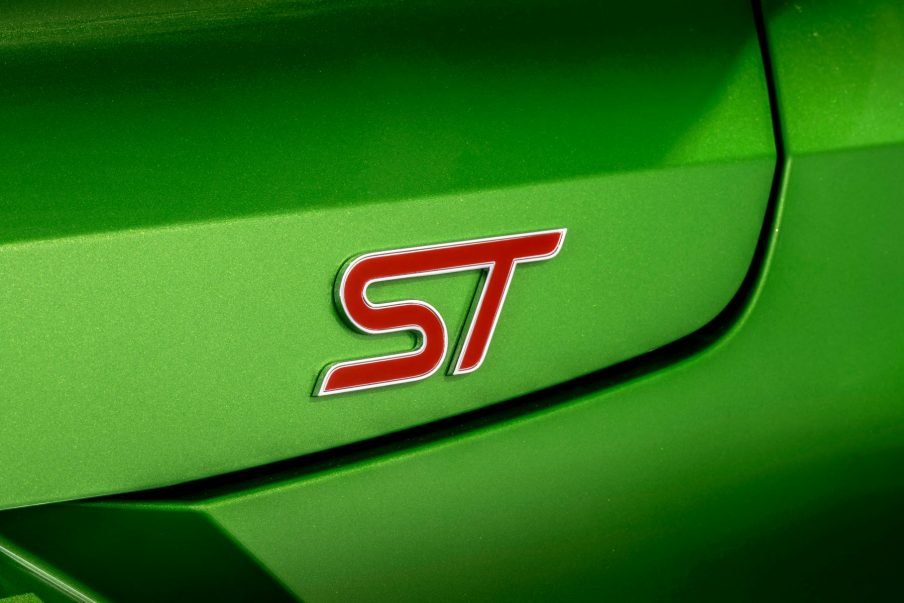 Elsewhere, the ST gets the same 12.3-inch digital driver’s display and 8.0-inch central infotainment screen as a high-spec regular Puma, with built-in sat-nav, Apple and Android smartphone mirroring and a wireless phone-charging pad.

The 456-litre boot is also carried over, along with the waterproof and drainable ‘Megabox’ underfloor storage area.

Some scoff at the Megabox because it’s just utilising the space where traditionally a full-sized spare wheel would be kept. This is true, but the extra storage makes a huge difference and the Puma really can swallow a surprising amount of luggage. 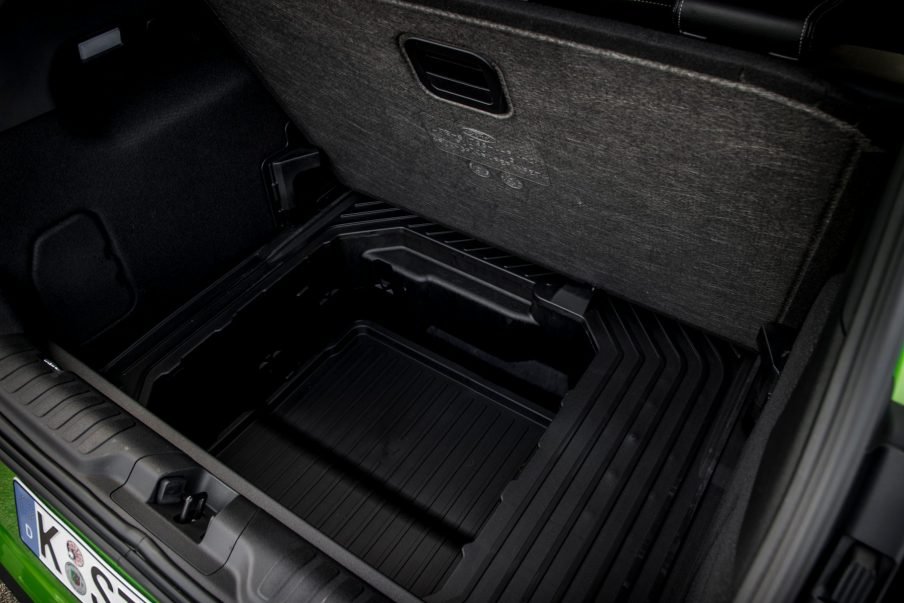 Other changes out of sight include a suspension that’s firmer and lower, plus uprated anti-roll bars.

Sounds good on paper, but how does it go, and is it worthy of the ST badge? Well, the standard Puma drives pretty much how you’d expect a crossover based on the acclaimed Fiesta to drive, which is no bad thing. 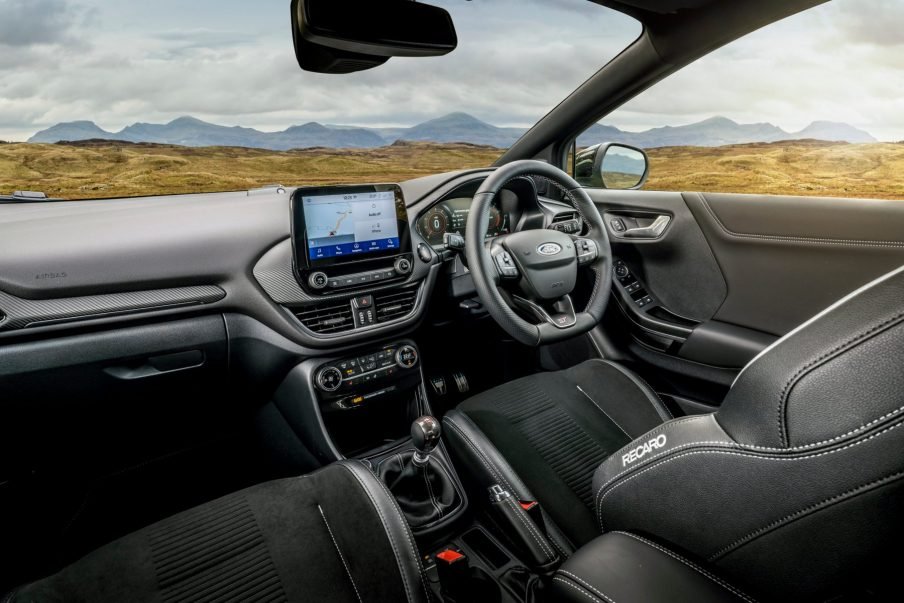 The Puma ST takes it up a notch or two, blending impressive engine responsiveness with quick steering, powerful brakes and excellent body control.

Accelerate hard out of a bend and the traction is superb, thanks to an optional mechanical limited-slip differential (a rarity in this price range) and specially-developed Michelin Pilot Sport 4S tyres.

There’s no shortage of grunt from the engine, while the slick six-speed gearbox has a short shift action and the gear ratios are well chosen.

Even the driving position, complemented by supportive Recaros, is near perfect. 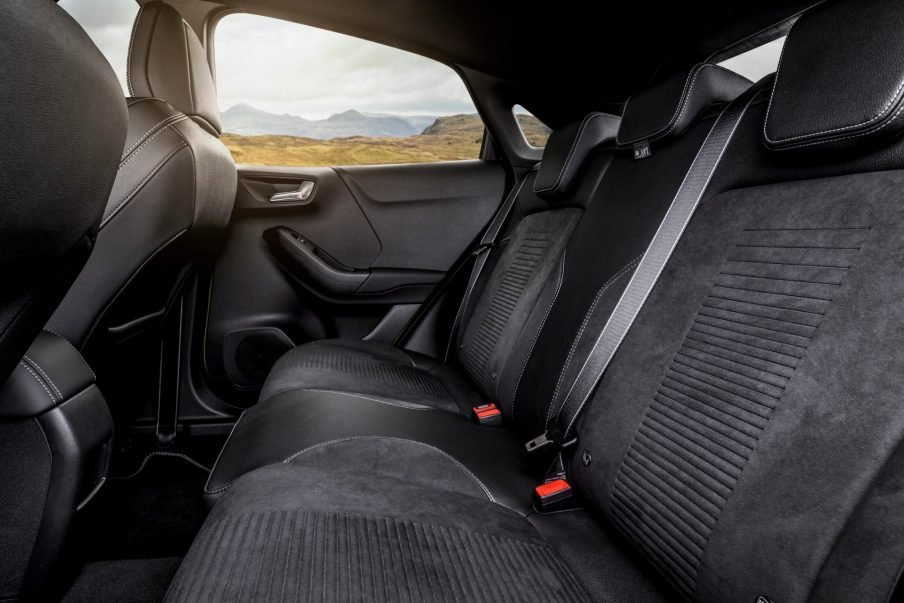 Ok, it’s not quite as nimble as the smaller Fiesta ST, but Ford’s engineers have done a fantastic job crafting a compact crossover this engaging to drive.

There are four selectable driving modes (Eco, Normal, Sport and Track), but with a ride that is on the firm side, Normal will do just fine for everyday driving and reserve Sport for fun on more challenging roads.

Claimed fuel economy is pretty much on the money, though we managed to squeeze as much as a 45mpg out of it on a steady motorway run. 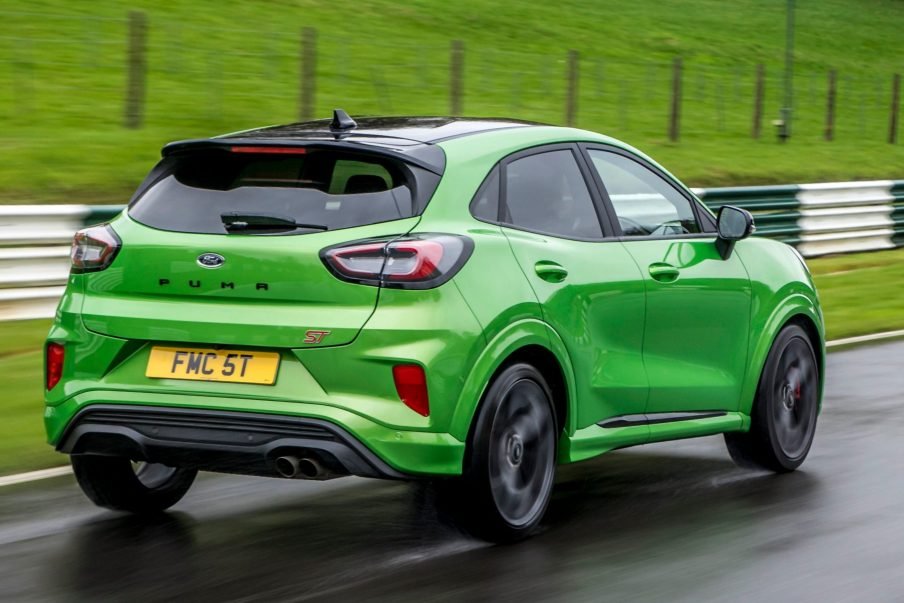 Competitively priced from £28,510, a Performance Pack (with goodies including a Mechanical Limited Slip Differential and Launch Control) is an extra £950, while the £600 Drive Assistance Pack adds nice-to-haves such as Adaptive Cruise Control and a rear-view camera.

Verdict: With its winning blend of dynamic drive, practicality and cool looks, the well-equipped, surprisingly spacious Puma ST sports crossover is a welcome addition to the ‘Fast Ford’ family.