We’re already big fans of the fourth generation Seat Leon. In our 2020 review, we concluded that it’s “one of the most accomplished family hatchbacks on the market, offering affordability, economy, tech, refinement, space and driving pleasure”.

Fast forward to 2021 and the petrol and diesel models have been joined by a plug-in hybrid, delivering a potential 235mpg with CO2 emissions as low as 27g/km.

Using pretty much the same tried and tested system also seen in the Audi A3 40 TFSIe, Volkswagen Golf GTE and Skoda Octavia iV, a 1.4-litre petrol turbo engine is mated to a 12.8kWh battery and 85kW e-motor, giving a useful combined output of 201bhp, resulting in a 0-62mph time of 7.5 seconds and a 137mph top speed. 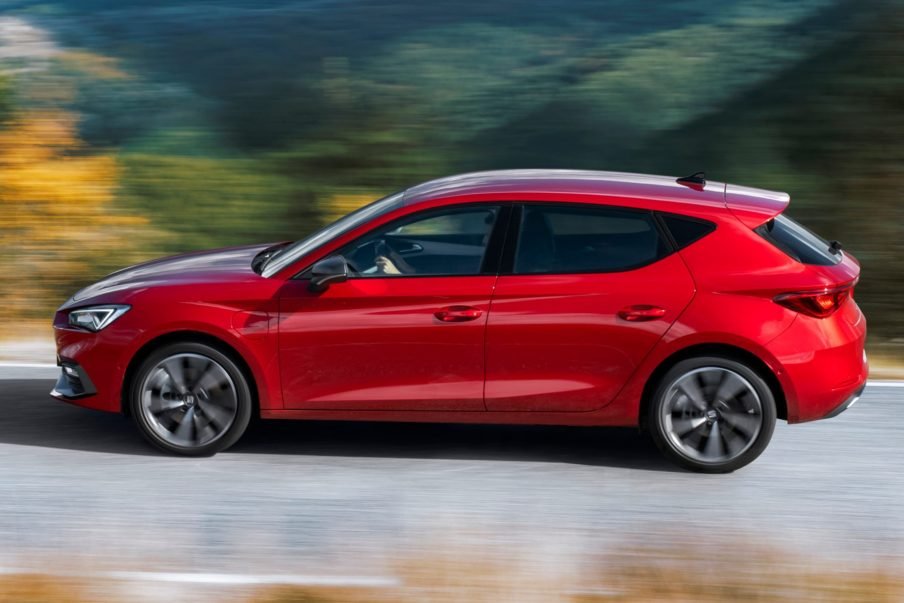 Most importantly of all for some (especially if you use your car locally or have a modest daily commute), it can run electric-only for up to 36 miles.

In other words, as with all PHEVs, the Leon e-Hybrid offers an introduction to EV driving, without the range anxiety – the perfect stepping stone between the internal combustion engine and going 100% electric.

Apart from the extra fuel flap (for plugging into a charger) and modest badging, externally it looks much the same as a regular Leon – which is no bad thing, because it’s a stylish car. 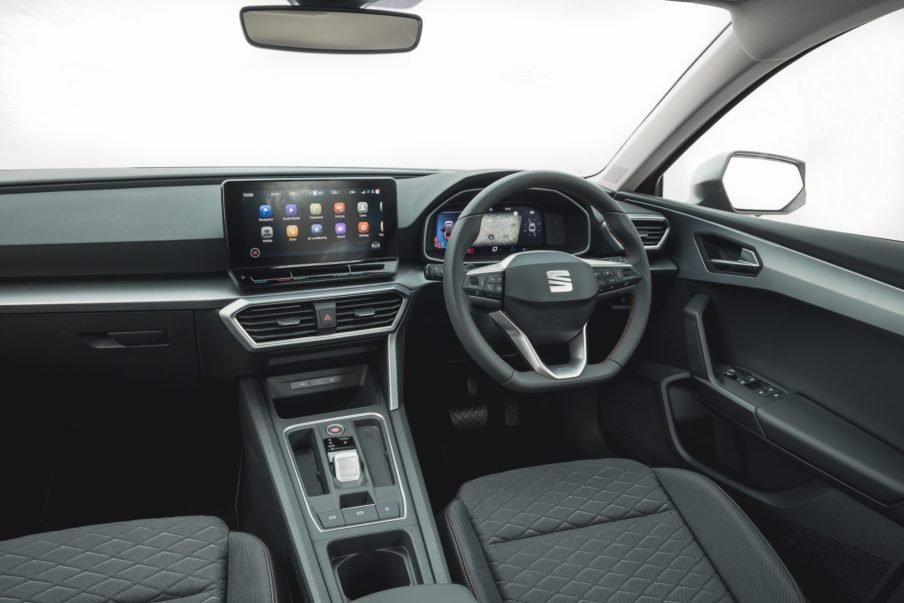 Open the hatch, and there’s more hybrid evidence. The Leon e-Hybrid has a supermini luggage capacity of 270 litres (down 110 litres on the standard petrol or diesel), because the hybrid battery pack takes up extra space. On the plus side, there’s a useful 1,191 litres when the rear seats are folded.

The cabin in unaffected, which means there’s room in the back seats for adults to sit comfortably. It’s generally well designed, and quality is good, but not outstanding. There are some soft-touch surfaces high up in the cabin, but – as you’d expect at the more affordable end of the market – there’s a lot of scratchy hard plastic lower down.

At launch there are five trim levels (FR, FR First Edition, FR Sport, Xcellence, Xcellence Lux) with price points between £31,835-£35,060. While this is competitive in its sector, it would be great if all manufacturers could start bringing the start price of PHEVs down closer to £25,000. 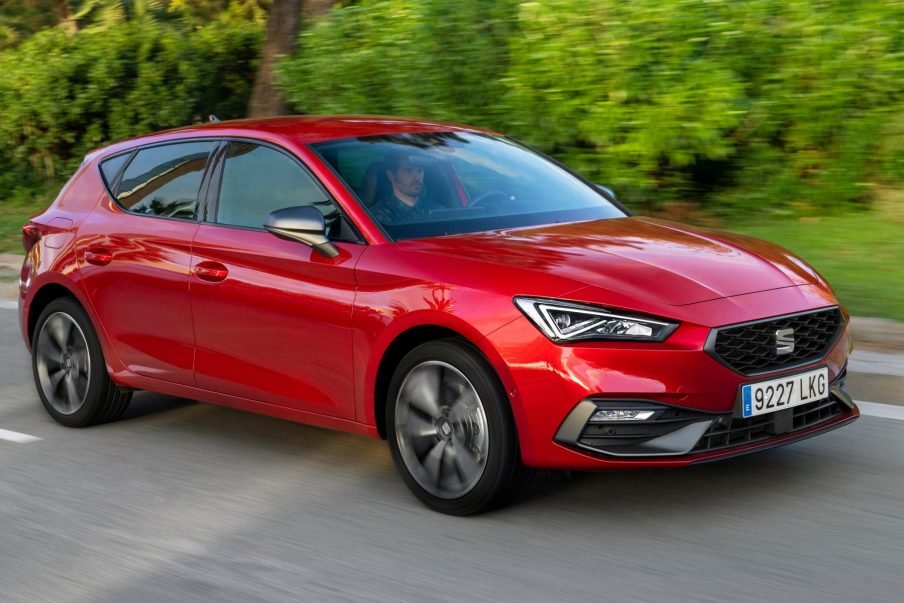 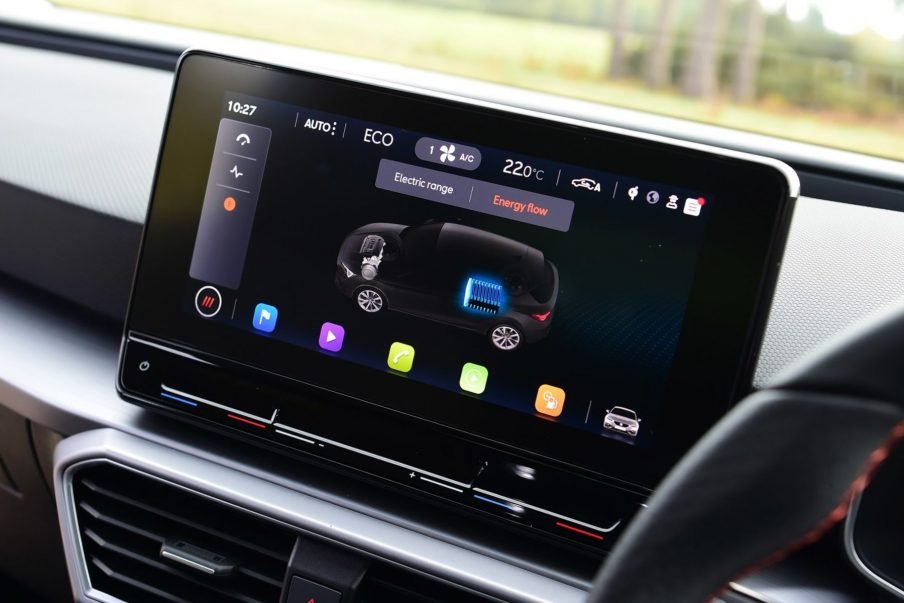 All models also get a flash 10-inch infotainment system, which gives the dashboard a more minimalist look, but the touchscreen contains a little too much basic functionality for our liking – even the temperature controls are integrated.

The e-Hybrid starts up in electric mode and stays that way until the battery pack is flat. However, the engine will kick in if you floor the accelerator or you switch to hybrid mode, which combines petrol and electric power for better economy and battery life.

Like all PHEVs, it can also recharge via regenerative braking, which slows the car down and collects energy to charge up the battery and increase the vehicle range. That said, the most effective way is to plug it in at home overnight or use a public charger (both 4-5 hours). 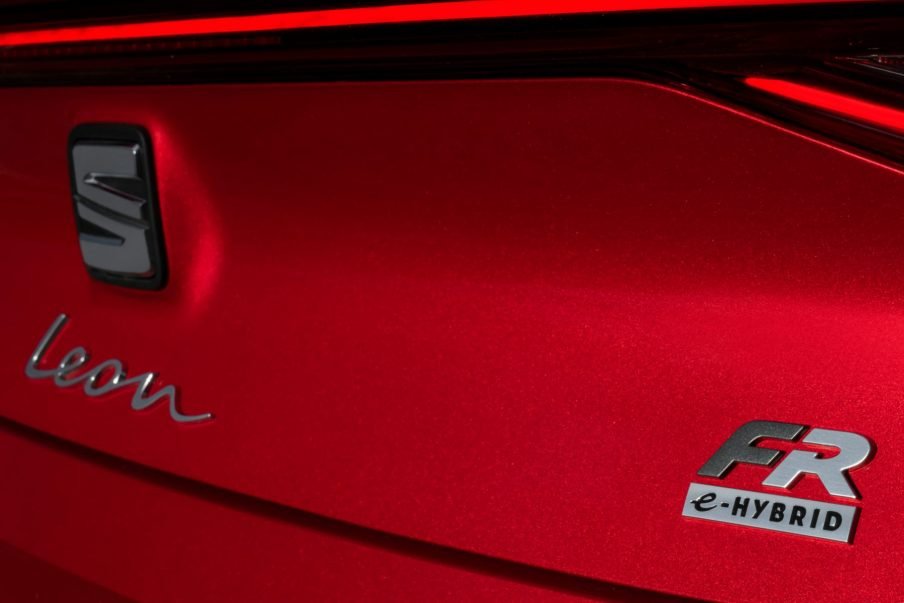 With electricity costing around a third of petrol per mile, that’s cheap motoring. Add tax savings for business drivers and other perks such as lower Road Tax (VED) and exemption from the London Congestion Charge, running a plug-in hybrid makes sense.

In the real world your fuel consumption will depend on a number of factors, such as whether you start your journey with a full battery charge, the temperature, your driving style, and the types of roads your encounter. 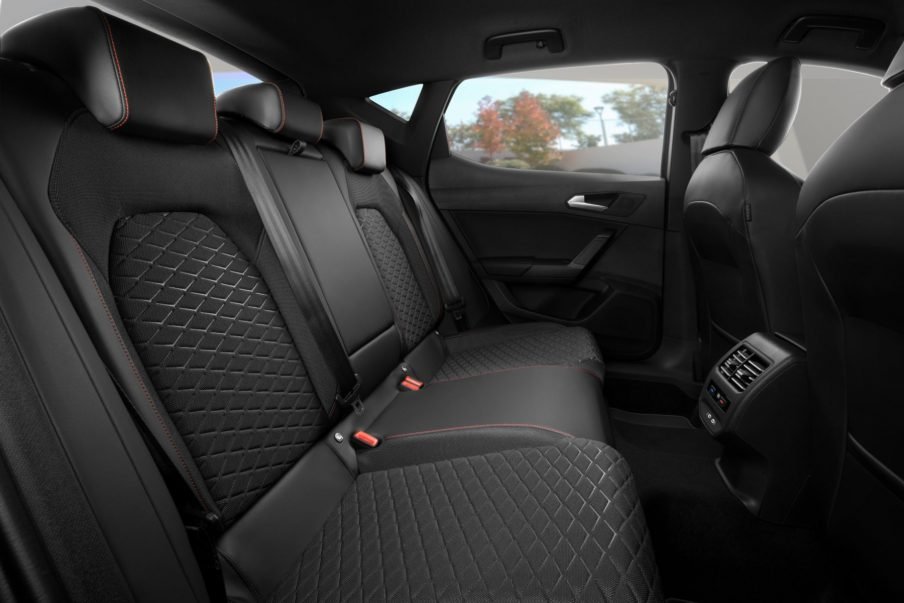 Seat quotes potential fuel economy of 235mpg, but the reality is that once you’ve used up the battery charge, you can end up with fuel economy comparable to a diesel (50-60mpg) – lower on long journeys.

On the road, the e-Hybrid accelerates briskly and the switch from electric to engine power and vice versa is seamless.

Naturally, it’s almost silent when running in pure electric mode, while the 1.4-litre petrol engine is generally refined, but becomes a little more vocal when pushed. 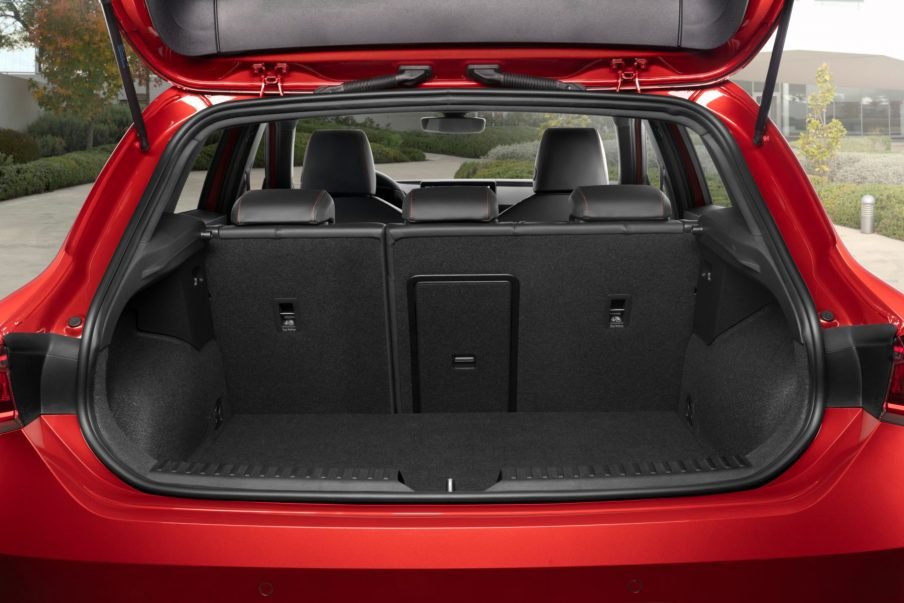 The ride is on the firm side, but not uncomfortably so, allowing it to stay composed and relatively flat in faster corners. It’s no hot hatch, but more spirited drivers can select Sport mode for a little extra fun.

It feels light and agile on the road, there’s plenty of grip and the steering is sharp. The six-speed DSG automatic gearbox fitted to our test car is one of the best, though not quite as punchy through the gears as we’d like.

It’s safe too – the e-Hybrid received a maximum five-star safety evaluation rating from Euro NCAP, just like its regular petrol and diesel stablemates, with AEB standard across the range and other driver assistance aids including Cruise Control and Lane Keep Assist available. 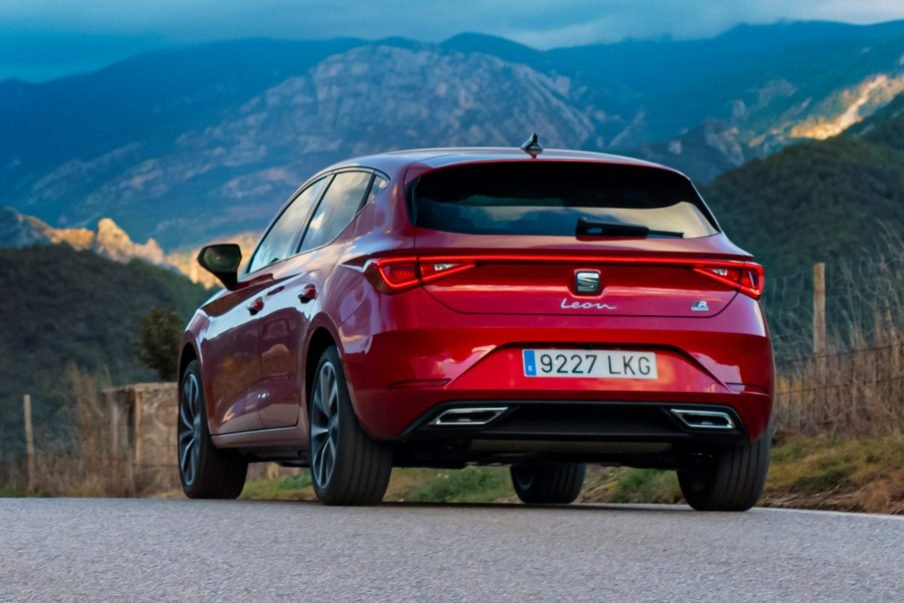