Looking for a swift, practical car that’s kinder to the environment, but not quite ready to go fully electric?

You could do a lot worse than the all-new Volkswagen Golf GTE – the all-new “performance” plug-in hybrid version of the iconic hatchback.

Despite having a smaller engine than the GTI (1.4 compared to 2.0 litres), the addition of a 13kWh battery means the GTE has the same power (242bhp), yet can also travel electric-only for up to 40 miles. 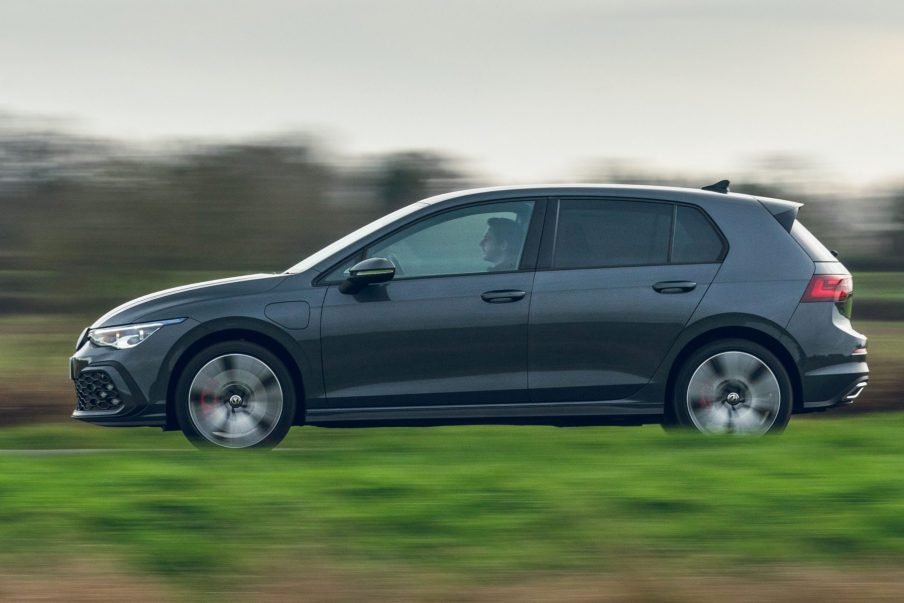 To put that into perspective, the average daily commute in the UK is around 25 miles, so if your trip to work, the shops or the school run is relatively short, your visits to the petrol station will be rare occasions.

Before we look at the GTE is more depth, it’s worth saying that the eighth generation Golf, which was launched in 2020, is better than ever.

Taking on the likes of the Ford Focus, Seat Leon, Kia Ceed, BMW 1 Series and Mercedes-Benz A-Class in the hotly contested family hatchback sector, it’s a sleek evolution of the outgoing model.

Just as importantly, there’s also stacks of new digital technology available, including voice activated control, which allows you to manage a whole range of functions without touching a button. 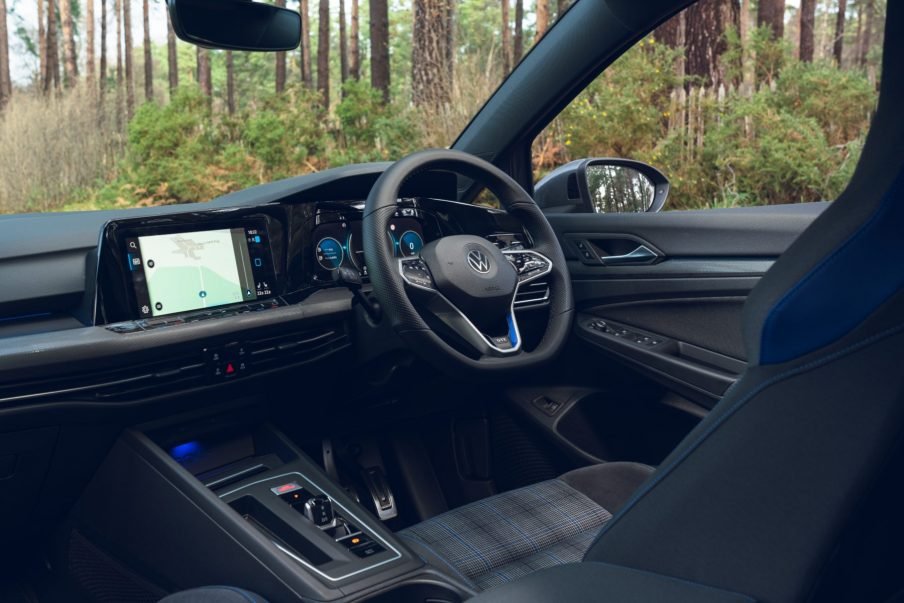 Lower and sleeker than its predecessor, its slim LED headlights and modest grille give it a slightly meaner look up front, but otherwise that familiar profile is much the same.

The new Golf is far more revolutionary inside where the conventional dashboard has been replaced by a state-of-the-art minimalist look.

For starters, there are two big screens – a 10-inch central infotainment system, featuring a customisable display, with Android Auto and Apple CarPlay as standard, plus a 10.25-inch digital instrument binnacle ahead of the driver (standard across the range). 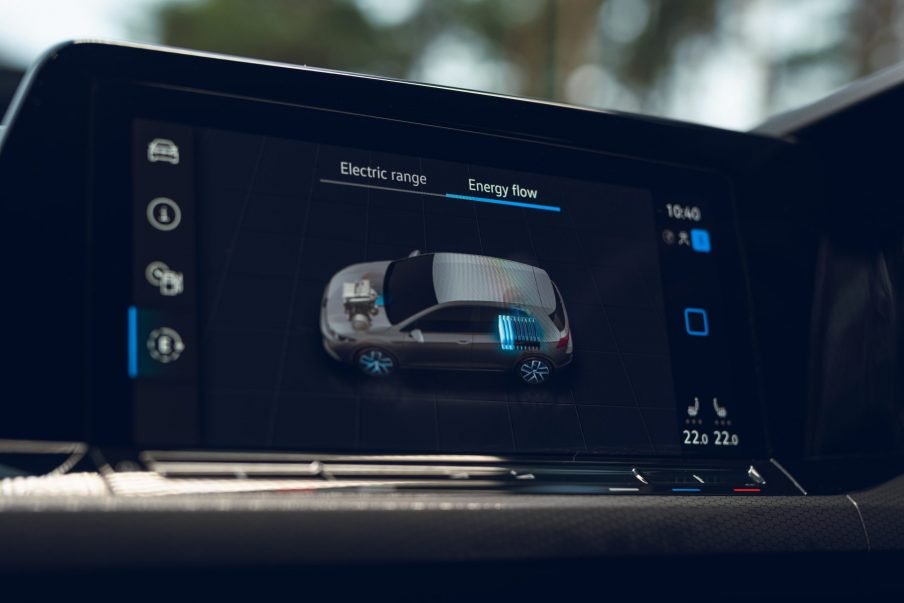 More controversially, virtually all the traditional switches have been replaced by touch-sensitive surfaces. So for instance, the temperature is adjusted by sliding a finger across a panel at the base of the main display.

The Mark 8 Golf is 26mm longer, 36mm lower and up to 10mm narrower, with an extra 16mm between the wheels, which all adds up to more interior space.

Rear seat passengers have never had it so good. However, luggage space in the GTE is slightly down on its conventional stablemate (thanks to the battery pack), resulting in 278 litres (380 litres in a standard Golf). 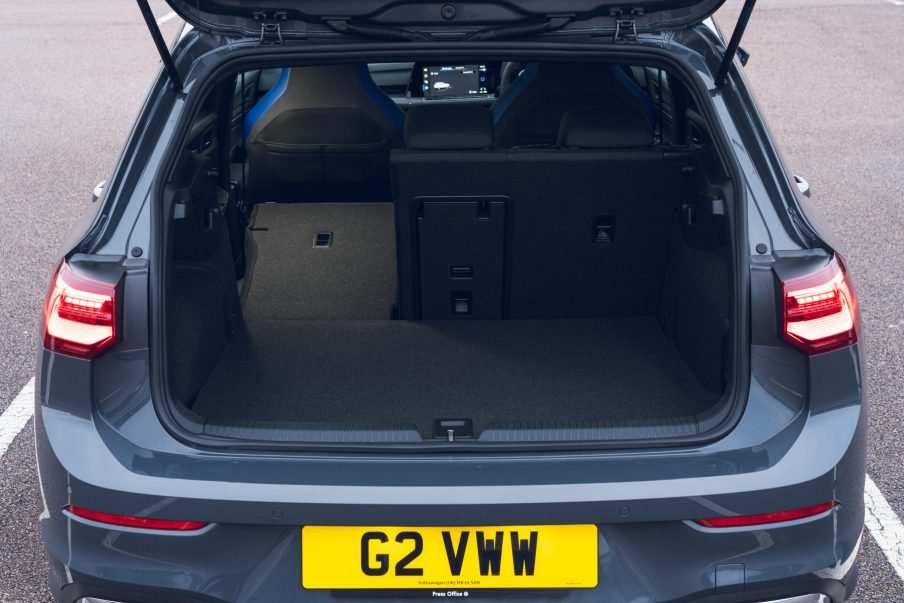 That said, the GTE is the perfect stepping-stone between a conventional-powered Golf and the futuristic all-electric, all-new ID.3.

Like all plug-in hybrids, extracting the best fuel economy means keeping your battery charged. You can do that via a home charger overnight or a public charging station, reaching full charge in as little as 3 hours, 40 minutes.

It’s also possible to add small amounts of charge to the battery via regenerative braking (recovering energy otherwise wasted when slowing down or coasting) and there’s a mode to charge the battery via the petrol engine on the move.

As with all PHEVs, in the real world your fuel consumption will depend on a number of factors, such as whether you start your journey with a full battery charge, your driving style, and the types of roads your encounter. 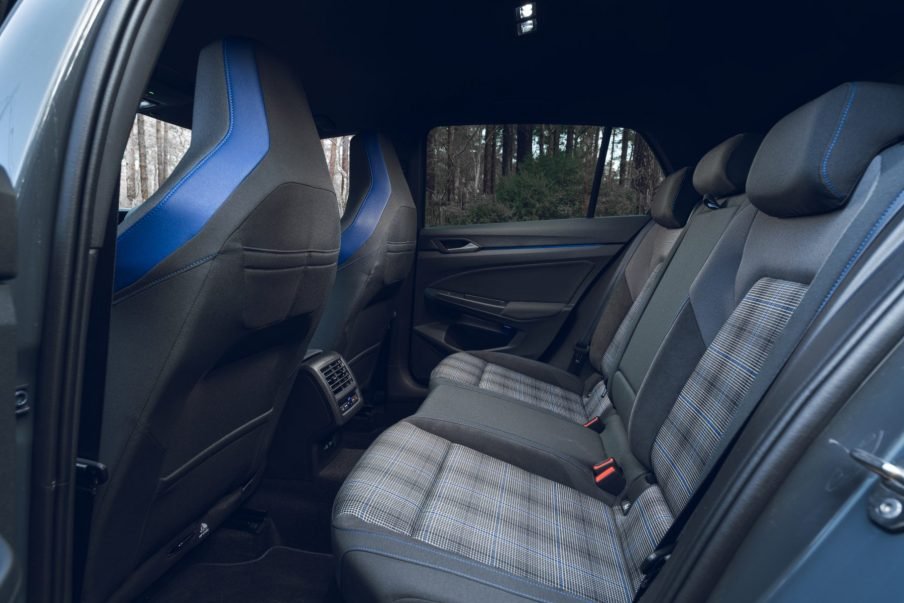 Volkswagen quotes potential fuel economy of 246.1mpg, but the reality is that in everyday driving you will end up with fuel economy comparable with a diesel (50-60mpg), but if you use up your battery charge on a longer run, it will dip lower.

The good news is that you won’t just cut costs on fuel, with CO2 emissions as low as 26g/km your will save on road tax, while company car drivers can take advantage of the low Benefit-in-Kind (BiK) rate.

On the road, the GTE is far from sluggish, completing the 0-62mph dash in 6.7 seconds and topping out at 140mph, with the slick six-speed DSG automatic pumping out the shifts. 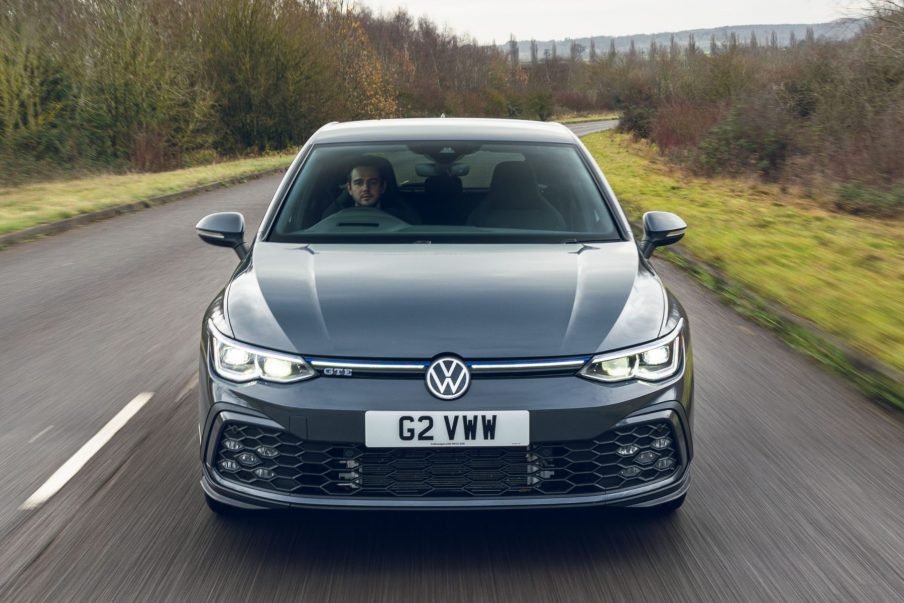 It’s good to drive, though it won’t put a smile on your face like a GTI. That extra weight means it will never boast the agility of its hot hatch stablemate, but it still steers sharply, there’s plenty of grip and the switch between petrol and electric drive is as seamless as any PHEV we’ve tested.

Select the Sport drive mode for a bit of fun, otherwise Comfort will do just fine, or Eco for maximum energy efficiency if you have a Scrooge mindset.

Perhaps most importantly for most buyers, it’s refined, rewarding and rides well. 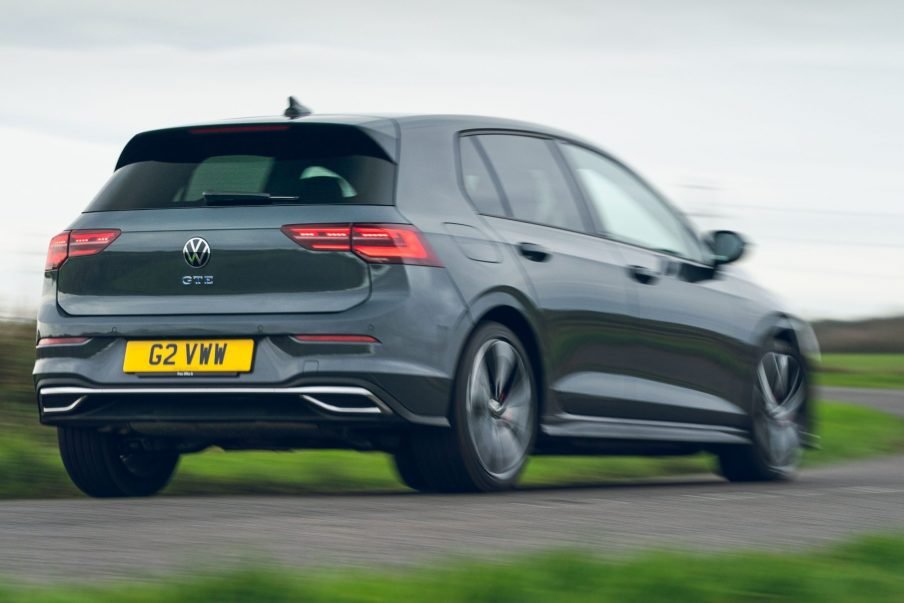