The Volkswagen Arteon was one of the most elegant and distinctive big fastbacks when it originally went on sale in 2017.

A few years on and it’s now also available as a rakish estate, except the German car giant’s decided to revive a label steeped in tradition and history for this handsome load-lugger.

The Arteon Shooting Brake’s many rivals include the Peugeot 508 SW, Skoda Superb Estate, Jaguar XF Sportbrake and Audi A4 Avant. 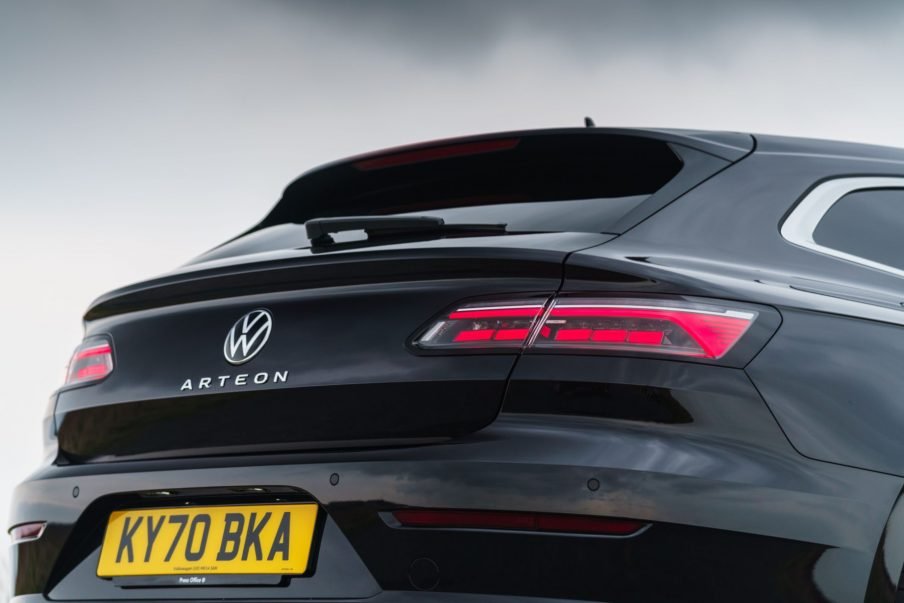 You’re in luck if you’re after practicality as well as style. The boot is a very useful 565 litres, expanding to a massive 1,632 litres with the rear seats flipped down.

It also trumps its fastback sibling for rear passenger headroom, adding to the already impressive legroom. 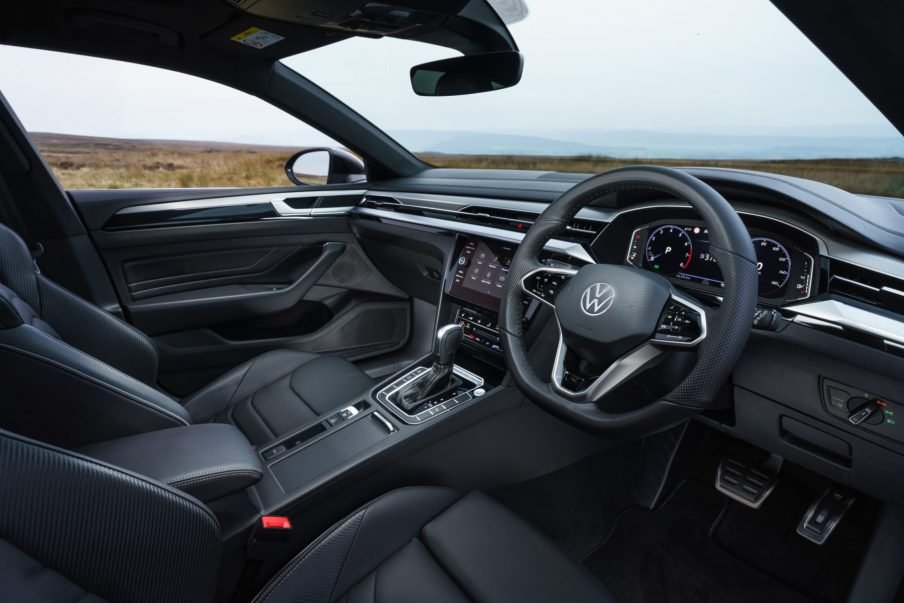 Prices from £34,765, there’s a choice of petrol and diesel engines, with a plug-in hybrid and high-performance AWD Arteon R variant following later in 2021.

As ever, your choice of petrol or diesel will depend on many factors, including whether you drive long distances on motorways. For instance, the most frugal engine is the 148bhp diesel which can return as much as 57.6mpg and CO2 emissions as low as 129g/km. 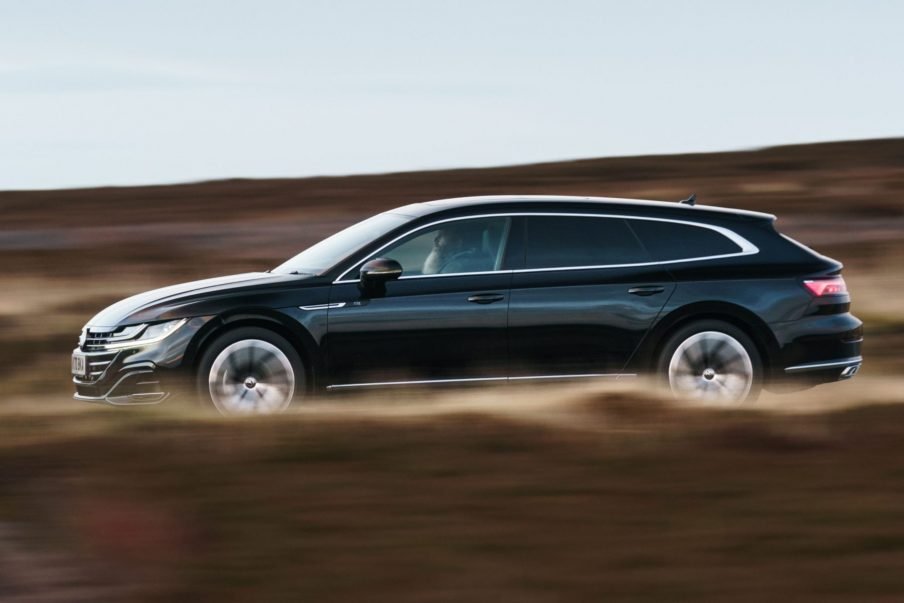 The least powerful petrol engine is offered with a six-speed manual gearbox – all the others come with a seven-speed dual-clutch automatic.

Up front in the cabin, the Arteon Shooting Brake is much the same as its fastback sibling, sharing the latter’s recent updates which include a customisable 10.25-inch digital instrument panel in front of the driver and an 8.0 or 9.2-inch infotainment touchscreen in the centre console. 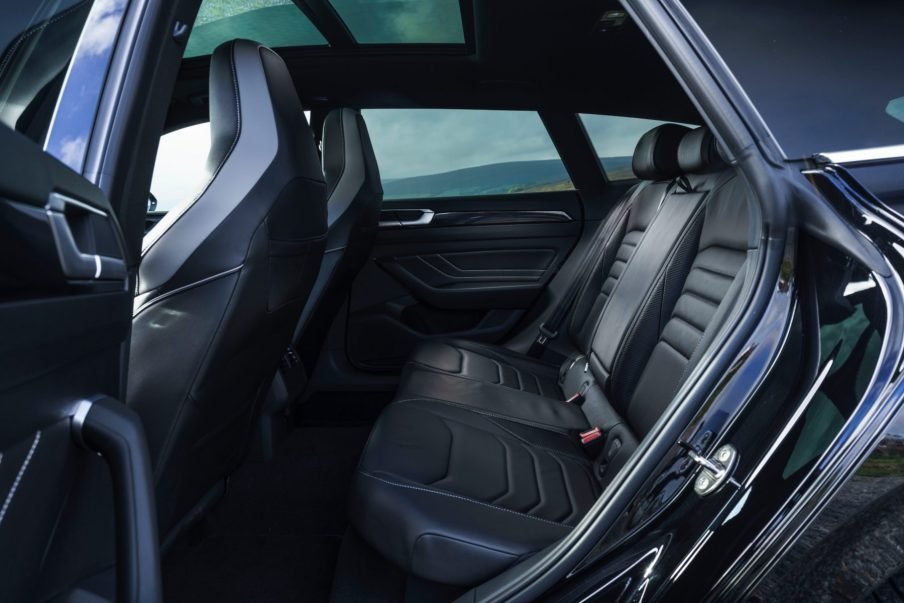 A special mention for “Area view and rear-view camera with Corner view and Trailer view” – an optional extra fitted to my test car which makes parking and other tricky manoeuvres much easier.

Volkswagen reckons there will be a 50/50 split between fastback and shooting brake sales and the most popular Arteon in the new range is predicted to be the 2.0 TSI 190 PS 7-speed DSG in R-Line trim, which coincidentally, is the very car I tested. 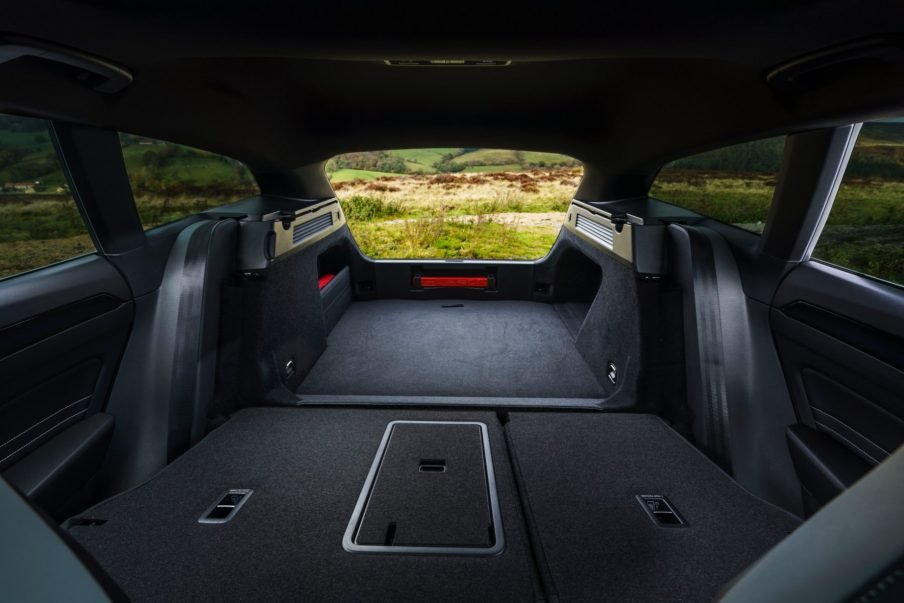 Low and sleek, it’s one of the best-looking estate cars on the market. Visibility is superb thanks to slim A-pillars, while the cabin is bathed in light thanks to the large glass area and panoramic sunroof.

At just under 4.9 metres long, it’s no shrinking violet. Funnily enough, it wasn’t its length I was so aware of (though parking is more of a challenge), it’s the Arteon’s width, especially on narrower country roads.

That aside, it’s a relaxed cruiser with the accent on comfort, though the engine isn’t quite as refined as you might think under heavier acceleration. 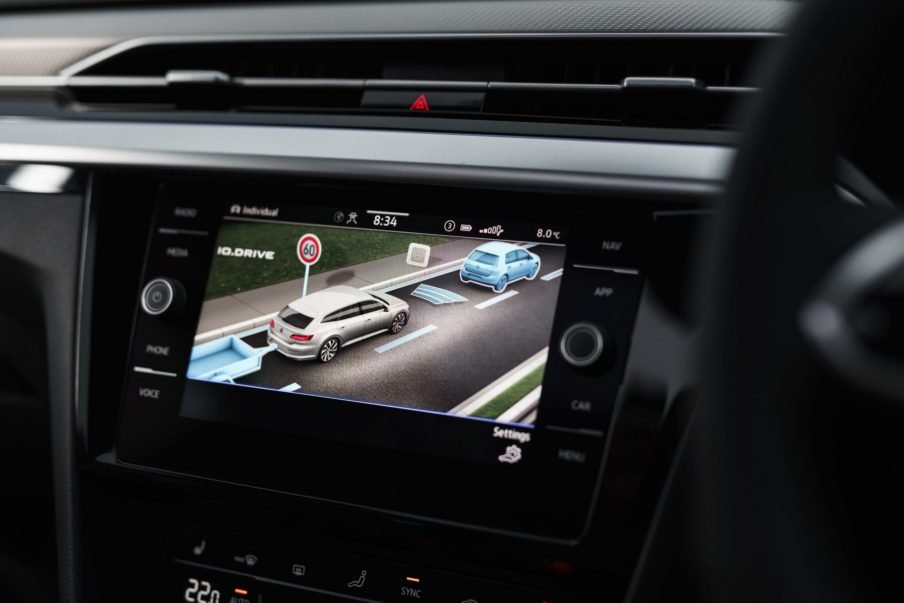 In theory it’s capable of sprinting from 0-62mph in 7.8 seconds and a top speed of 145mph. In other words, it’s a good all-rounder, while the DSG auto box is as smooth and responsive as you’d expect.

Despite its dimensions, the Arteon Shooting Brake is deceptively agile and feels planted. Switch from Eco or Normal modes to Sport and it can be pushed harder on more challenging roads.

For me there are two issues with this Arteon combo. First, the car itself still seems to have an identity problem. When I first drove the fastback in 2018 a neighbour asked if it was a “new Passat”? Fast forward three years and I was asked the same question by a fellow shopper in a supermarket car park. 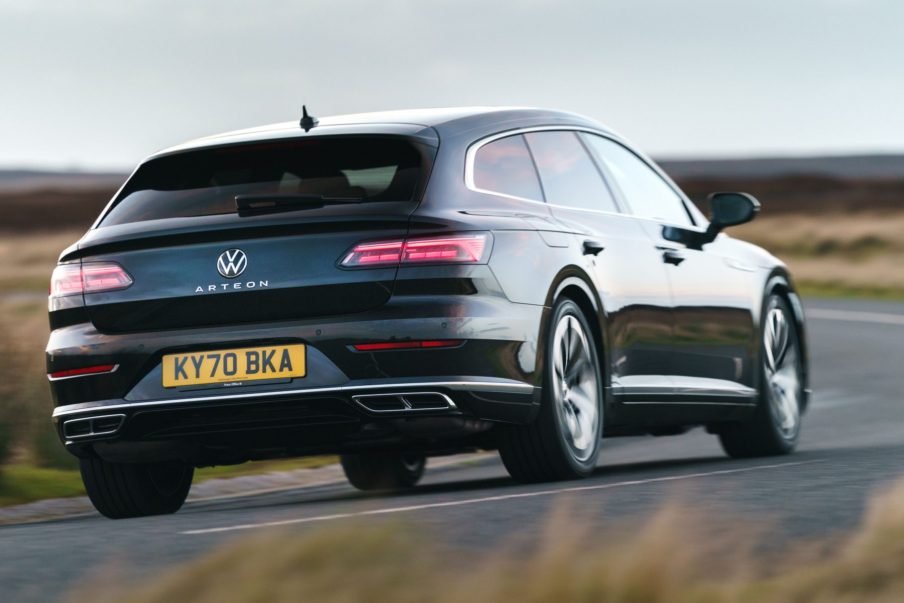 Second, the fuel economy of 35.6mpg. A respectable official figure for a big car, but not exceptional because 30mpg is more realistic in everyday driving.

Having driven the excellent plug-in hybrid powertrain (combined 215bhp, theoretical fuel economy of 245.8mpg and 33 pure electric miles) in the closely related Skoda Superb iV Estate, I’d advise giving some serious thought to trying the PHEV version of the Arteon before making a final decision – especially if you’re a business user and can benefit from the low tax advantages.

Verdict: Handsome, comfortable, spacious and smooth, the all-new Volkswagen Arteon Shooting Brake oozes kerb appeal and should definitely be on your shortlist if you’re looking for a classy, competitively-priced load-lugger.