We suspect the age demographic of the average Yaris buyer will be sliced in half with the launch of Toyota’s latest model – one of the big automotive surprises of the last year.

The Japanese giant’s best-selling supermini has been transformed for its fourth generation, with cool looks, top tech, clever packaging and an efficient petrol-electric hybrid system.

But then, it’s up against the likes of the Ford Fiesta, Renault Clio, Volkswagen Polo, Peugeot 208 and Vauxhall Corsa, so it has to be good. 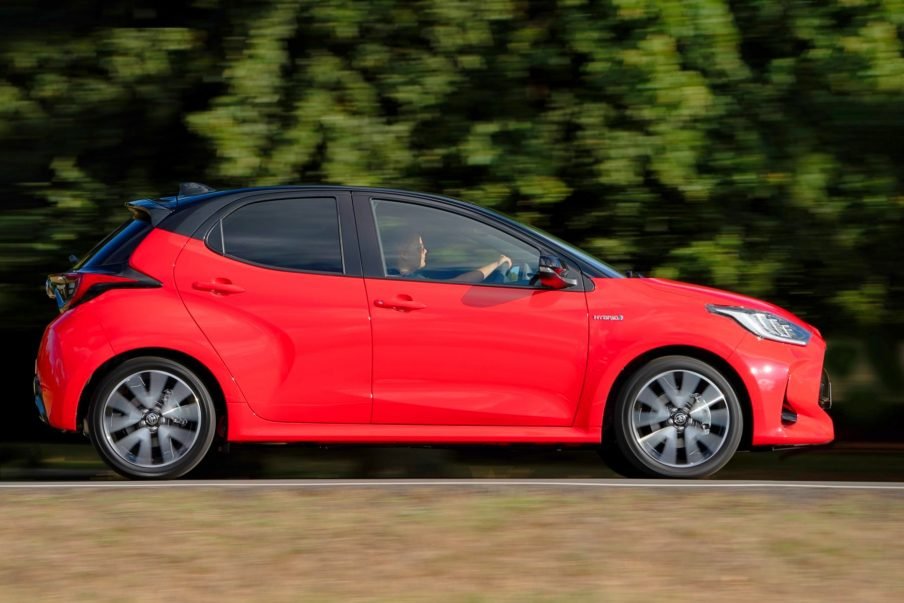 The Yaris is only available as a self-charging hybrid (ie no need to plug it in) and its petrol and electric motors produce a combined 114bhp, resulting in a 0-62mph time of 9.7 seconds and a top speed of 109mph (it can even run on electric up to 80mph).

More importantly for some, on paper it is capable of up to 68.8mpg and CO2 emissions are a low 92g/km.

The new Yaris has been redesigned from the ground up and it now has a much more athletic look with a wide grille combined with short overhangs and bulging wheel arches. 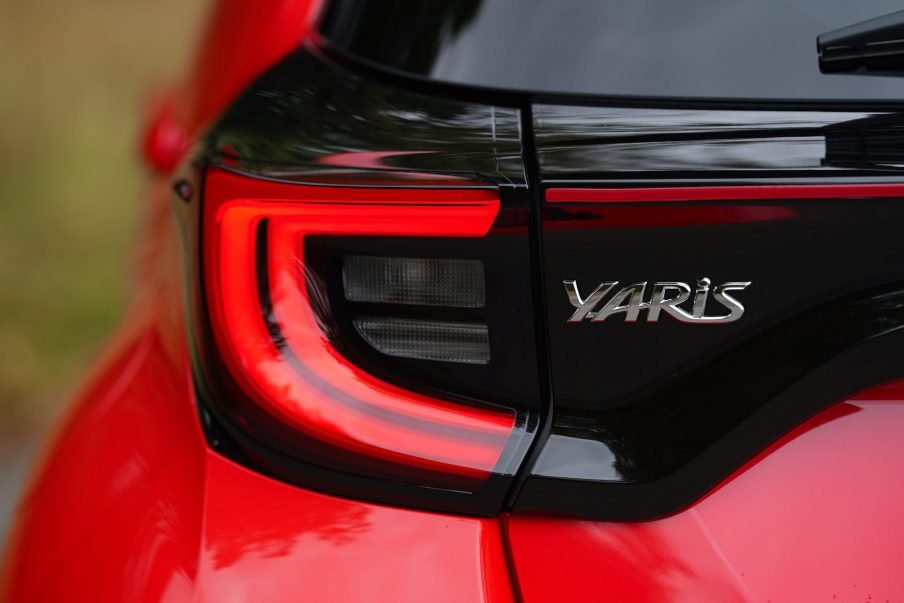 Unlike most new-generation cars, the Yaris has actually shrunk slightly in length and height (5mm and 40mm respectively), though it is 50mm wider.

Crucially, it is bigger inside thanks to a longer wheelbase, allowing you to sit lower and further back in the car.

The dashboard layout is pretty conventional and there’s a high centre-mounted infotainment display. 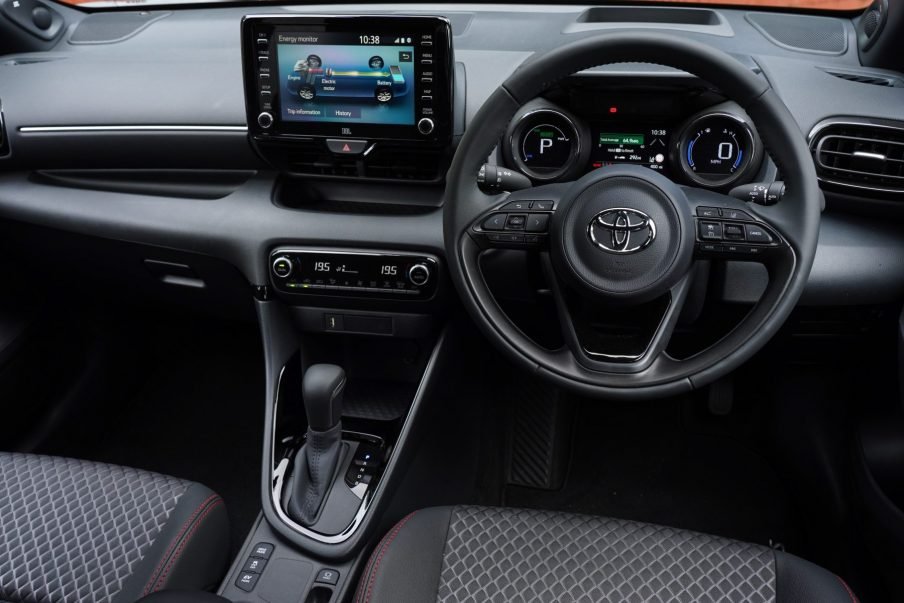 The interior features a mix of soft-touch materials and durable plastics and it’s surprisingly spacious in the rear with enough space for a couple of adults.

At 286 litres, boot capacity is on the modest size (though superminis don’t get much shorter), expanding to 947 litres with the back seats flipped. 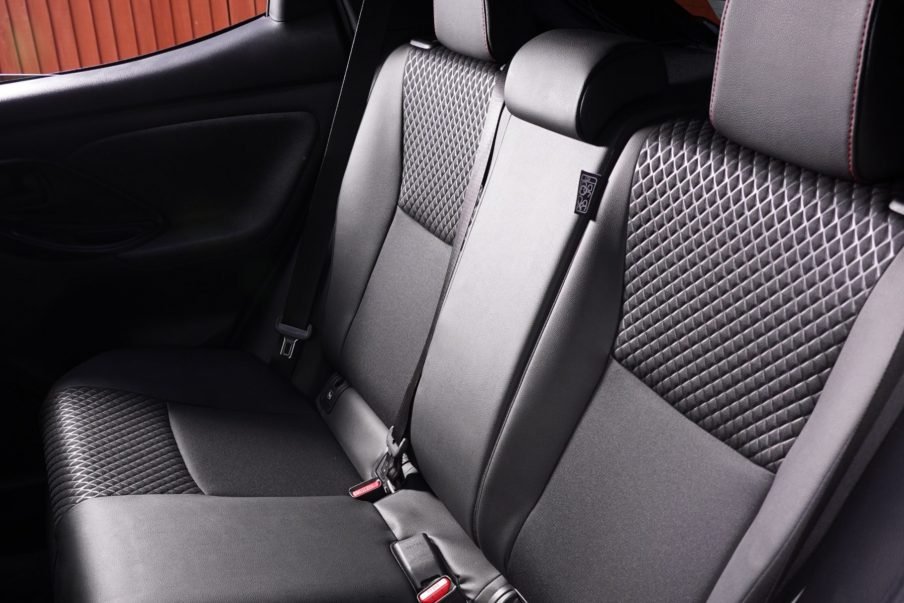 Other standard goodies include air conditioning, a reversing camera and Apple CarPlay/Android Auto smartphone integration via a 7.0-inch touchscreen.

We’d recommend opting for the Design or above because you get the bigger 8.0-inch touchscreen, privacy glass, snazzier alloys and LED headlights, but bizarrely no built-in sat nav so you’ll have to mirror your phone. 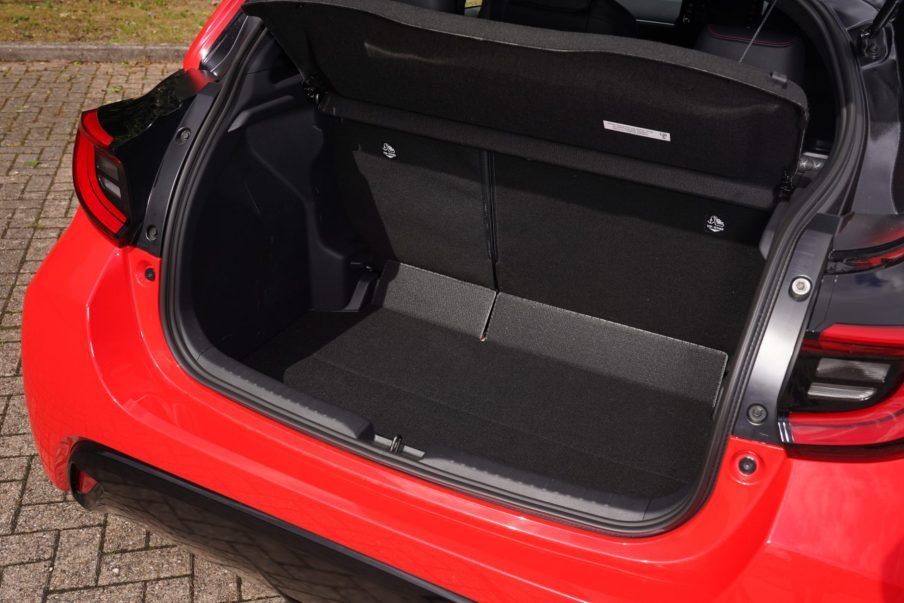 The outgoing Yaris sold well, but it was hardly the most exciting car to drive. The good news is that the new model is a huge improvement.

You’ll probably slip away in near-silent electric mode with the engine kicking in shortly after. It’s a three-cylinder 1.5-litre unit, but unlike many rivals, there’s only a faint thrum.

On the move, it switches between pure electric and petrol engine seamlessly and feels swifter than the official figures indicate. 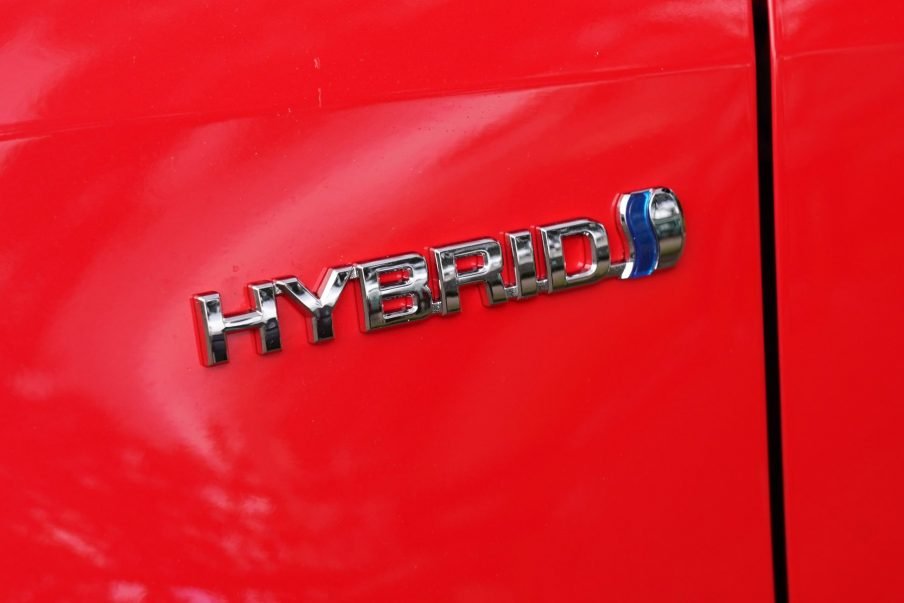 Thanks to regenerative braking (harvesting energy otherwise lost in braking), it runs on electric power as much as possible.

It’s especially rewarding and relaxed in urban driving where it spends much of its time in EV mode. In fact, light steering and compact dimensions make it a fine companion in town.

You can have fun with the Yaris out on the open road too, where it feels agile, grippy and handles surprisingly well. 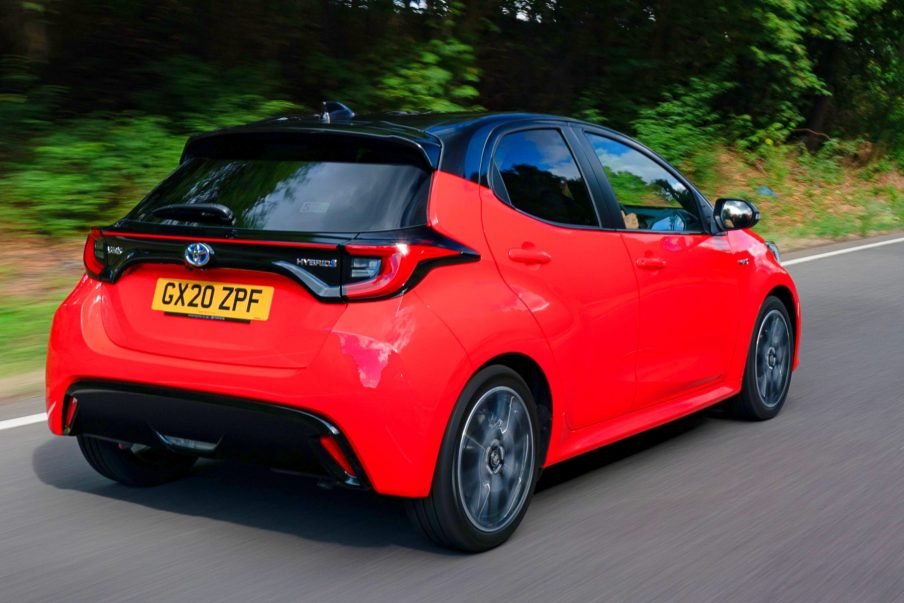 The ride isn’t the most sophisticated in its class, but perfectly acceptable and easily forgiven given the engine’s refinement.

Also, a special mention for the CVT gearbox, which unlike many, stays relatively calm under acceleration. In other words, you really have to floor it for the revs to rise dramatically.

And the icing on the cake is that 60-plus MPG is very achievable, making this one of the most economical superminis on the market. Add Toyota’s five-year warranty, and it’s up there with the best in class.

Verdict: The all-new Toyota Yaris is a bit of a revelation. Sporty, stylish, safe and surprisingly dynamic on the road, it’ should definitely be on your small car shortlist.