You’ve got to hand it to Honda. In one fell swoop, they’ve erased the Jazz’s reputation as the car of choice for senior citizens and created one of the coolest, most advanced superminis on the market.

A rival to the Ford Fiesta Active, Dacia Sandero Stepway, and even the Kia XCeed, the Crosstar features black body cladding, roof rails, 16-inch alloys and a unique front grille. 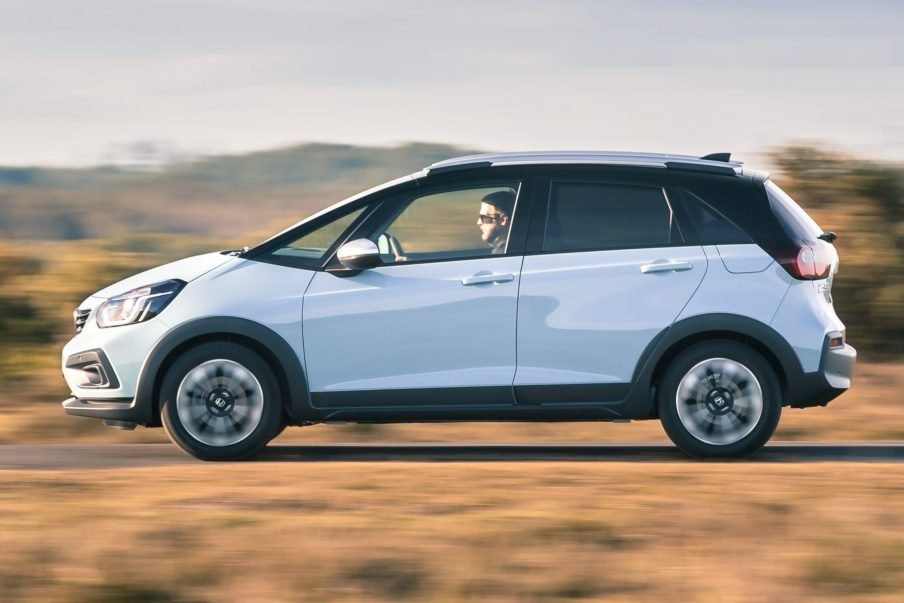 The “e:HEV” powertrain automatically and seamlessly selects the most appropriate option from three drive modes – Electric, Hybrid and Engine.

In Electric you are running 100% electric power and it’s generally used in low speed traffic and while manoeuvring. Hybrid combines the petrol engine and electric motor for optimum power and economy (perfect for overtaking), while Engine Drive is for higher-speed cruising when the petrol engine powers the car. 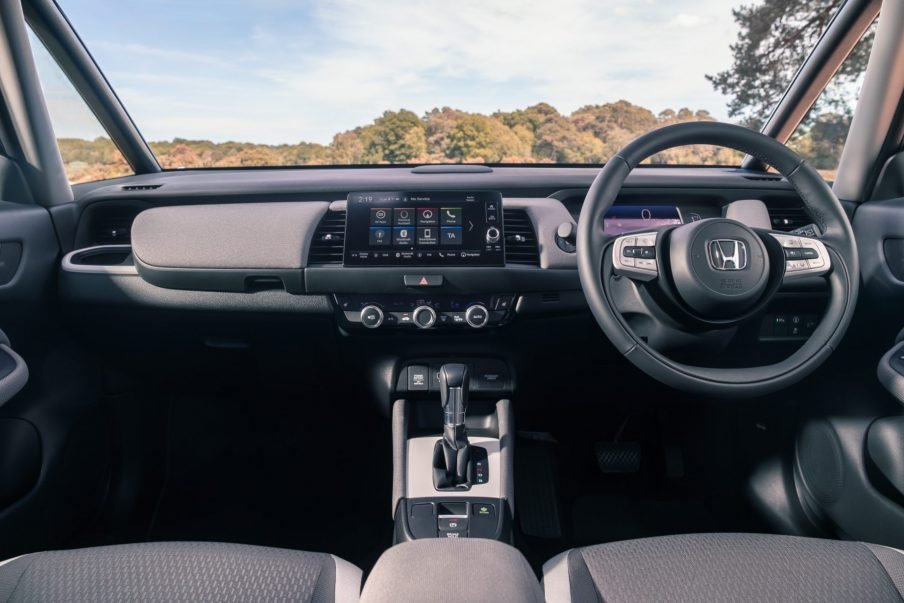 The official figures are impressive. Not only can the Crosstar sprint from 0-62mph in 9.5 seconds and on to a top speed of 108mph, but it is capable of up to 58.9mpg with CO2 emissions of 110g/km.

The cabin is roomy, with plenty of space for adults in the back, and, thanks to the panoramic windscreen and big windows, it’s bathed in light and there’s impressive all-round visibility. 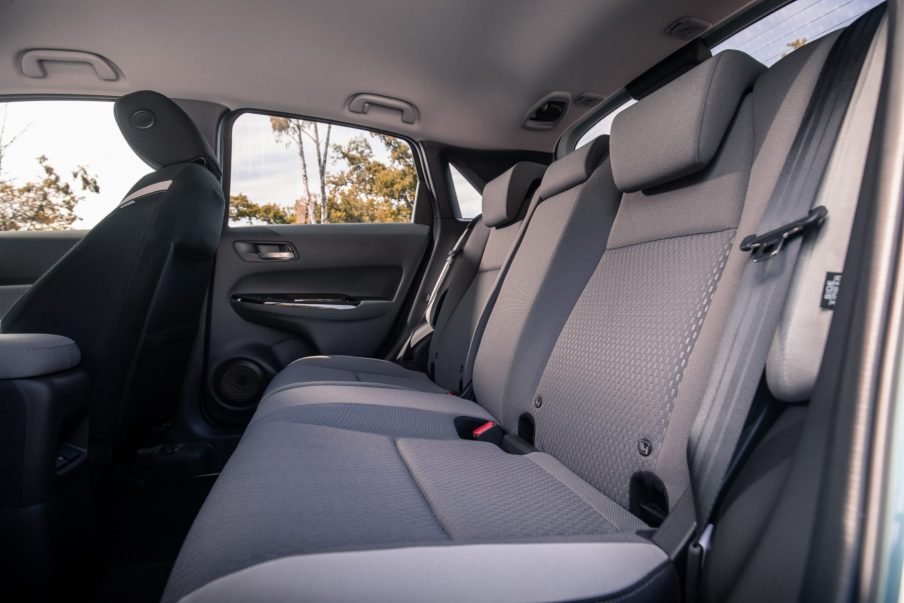 The boot is a handy 298 litres, expanding to 1,205 litres with the 60:40 rear seats flipped down, and a lot of thought has gone into the various storage options throughout the cabin.

As you’d expect from a Honda, the Jazz Crosstar also features versatile “Magic Seats” which flip up, providing vertical space (ideal for tall or odd-shaped items) or they simply fold flat into the floor. 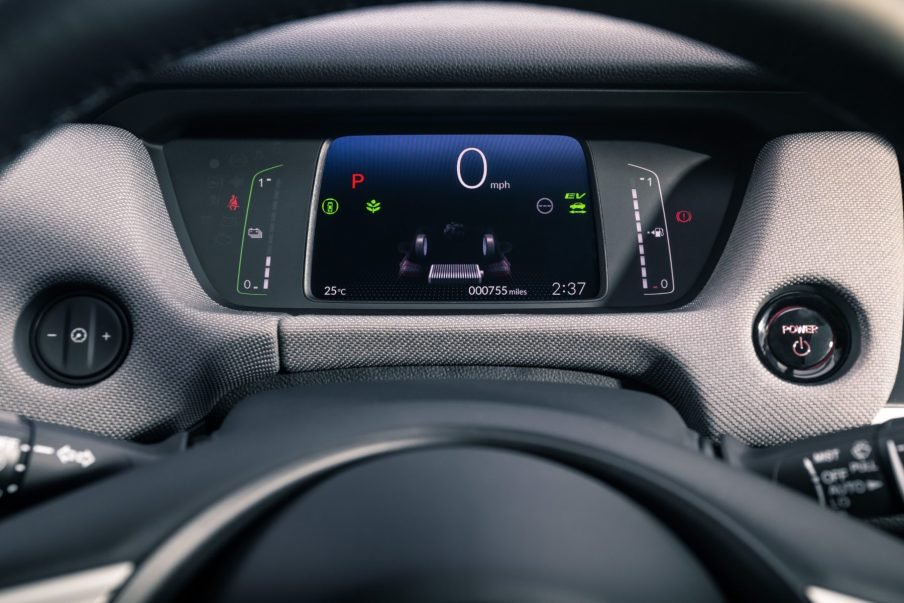 It’s a doddle to drive too. Simply engage Drive, press the accelerator and you’re away (silently if there’s charge in the battery).

Stick it in B mode and there’s less need to brake because it slows the car down when you take your foot off the throttle (like an electric car). Crucially, it also increases the regenerative braking effect when decelerating which harvests energy otherwise wasted. In other words, select B mode on downhill stretches and you can literally watch the battery recharging. 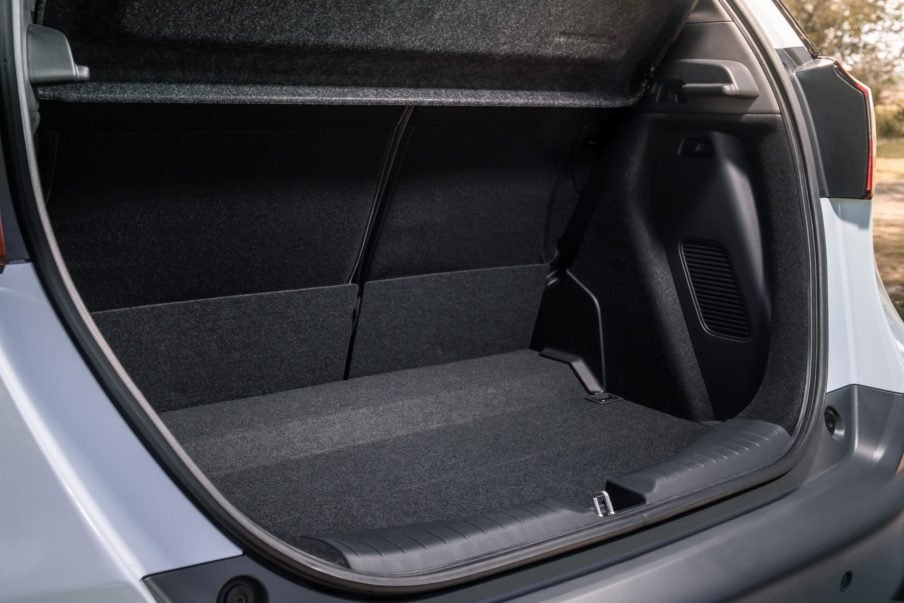 As the stats indicate, the Jazz Crosstar is a surprisingly punchy performer. Like most CVTs, the engine revs skyrocket when accelerating hard, making it sound harsh. However, when driving smoothly or just cruising on the motorway, it’s pleasantly refined.

It doesn’t boast the most sophisticated suspension out there and it’s a tad firm over the bumps, especially at lower speeds, but overall most buyers will be perfectly content.

The Crosstar’s handling is fairly entertaining if pushed too, but to do so misses the point, because it’s all about economy and practicality. 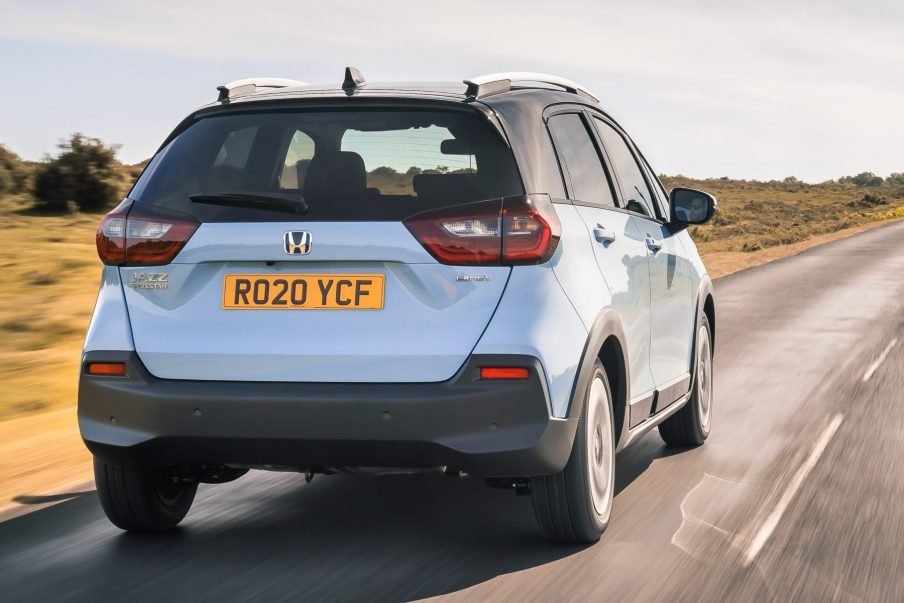 Verdict: The all-new Honda Jazz Crosstar is a bit of a revelation – a superb supermini, whatever your age. If you’re looking for an affordable, economical, practical car with a hint of rufty-tufty SUV styling, that’s fun to drive and stuffed with kit, it’s well worth a test drive. Oh, and we haven’t even mentioned Honda’s reputation for reliability. 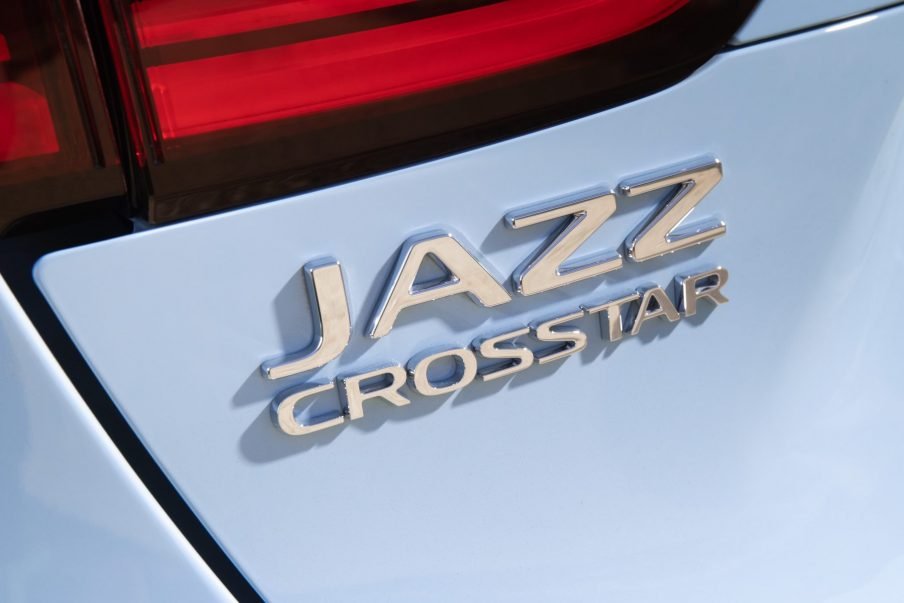