Meet the incredibly cute Citroen Ami – not so much an electric car as a zero-emissions city mobility solution.

If the name rings a bell, then it should, because it was last used for a divisive-looking family car produced by the French giant between 1961 to 1978. Look hard and you’ll see a couple of nods to the original’s design in the all-new Ami. 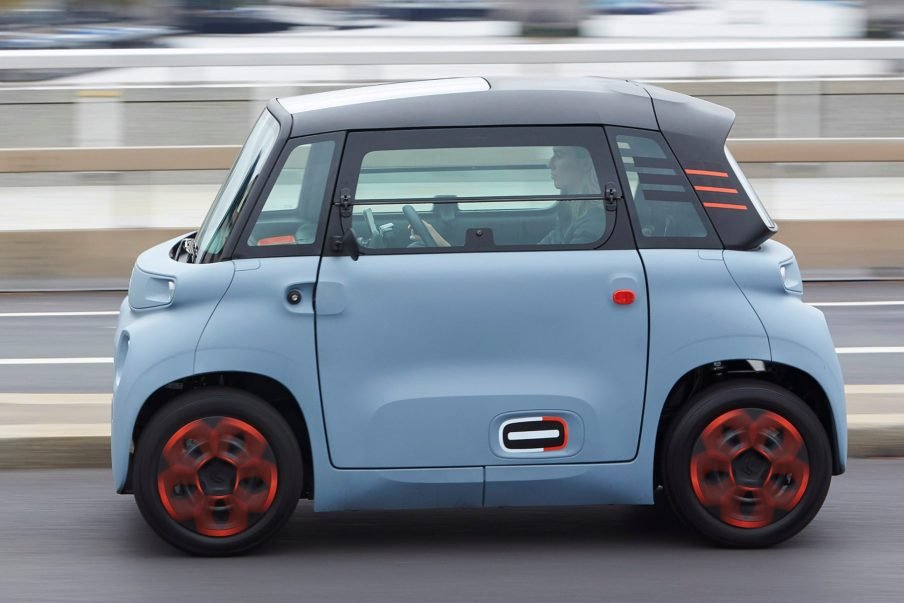 Technically, it isn’t a car at all, despite having four wheels, an electric motor, two doors, two pedals and a steering wheel. It’s a quadricycle. 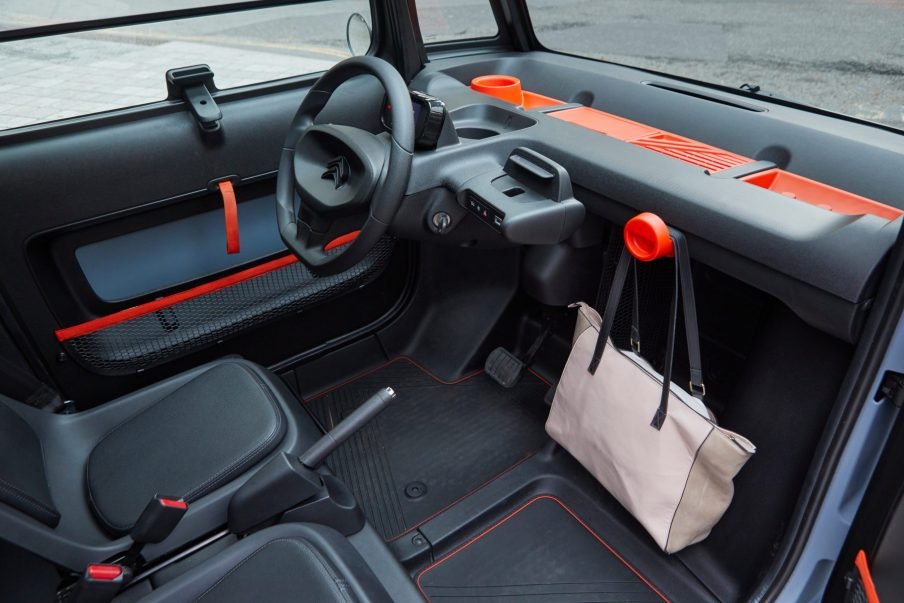 In France it can even be driven by a 14-year-old without a driving licence, but here in the UK you will have to have passed your driving test and be at least 17.

Under the bonnet lurks a tiny 6kW motor and 5.5kWh battery pack, resulting in a top speed of 28mph and a possible 47-mile range.

In other words, the Ami (like its closest rival, the Renault Twizy) is strictly for city use. 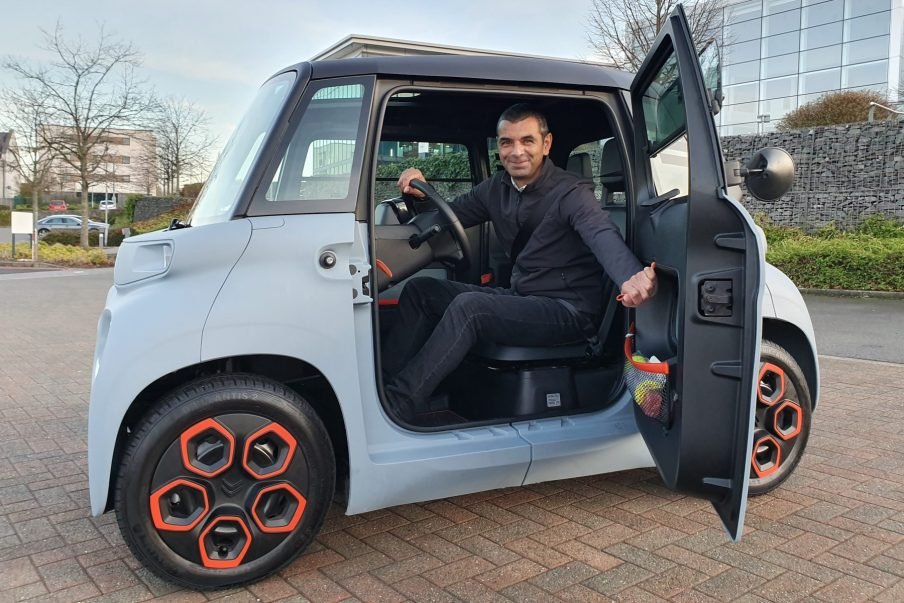 I was among a handful of journalists invited to try the vehicle on roads around Citroen UK’s headquarters in Coventry, and frankly, you’d be about as popular as a tractor in the rush hour if you plucked up the courage to take it out onto a fast A Road.

That said, with its unique jelly-mould design and matt grey finish (with orange flourishes), it’s a dinky delight to drive around town. A mass of hard plastic inside and out, it’s the epitome of quirky, no-frills motoring. 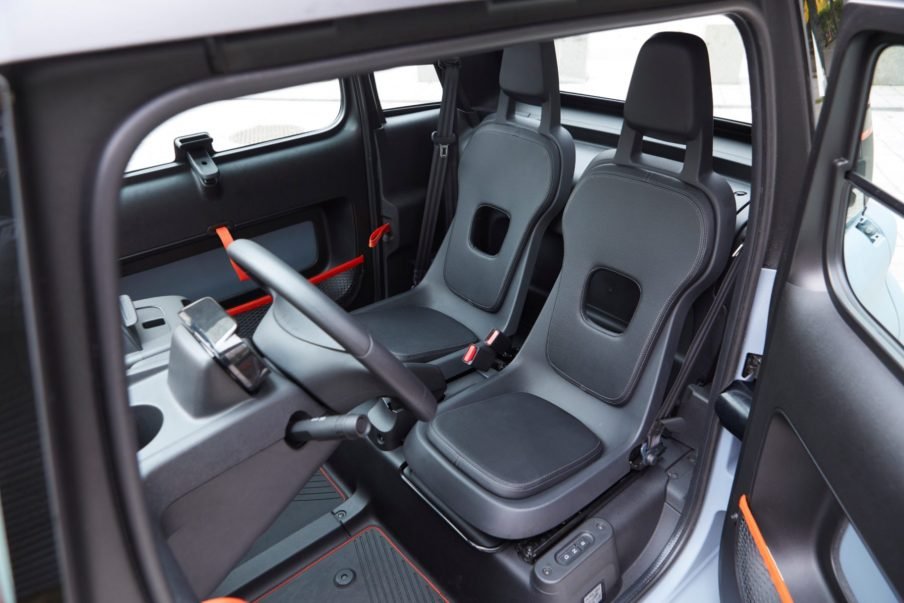 Even though it’s only available with left-hand drive, it’s no problem because it’s so small and being offset a few inches makes little difference.

The doors open wide, so getting in and out is easy. Weirdly, the driver’s door is the rear-hinged and the passenger’s is conventional, but there you go. 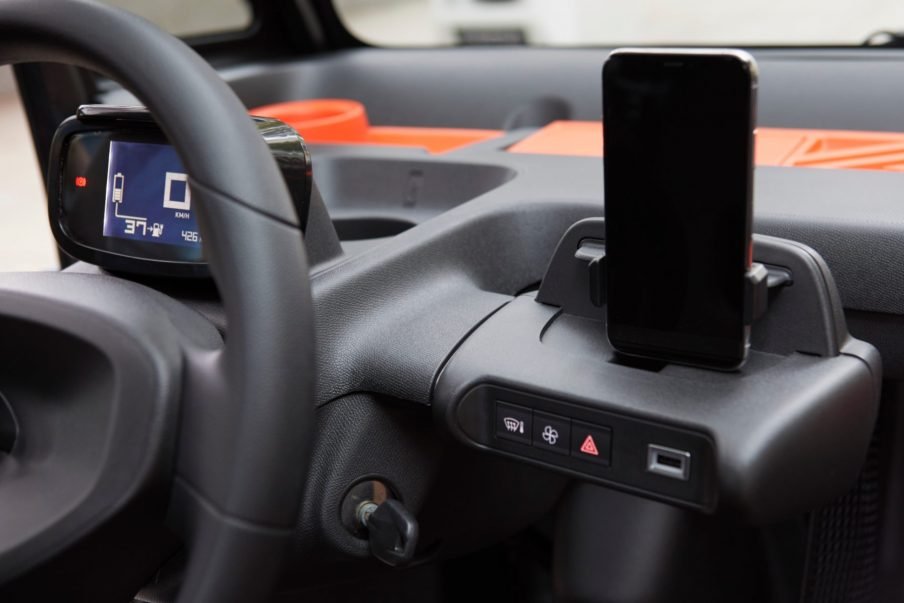 The cabin doesn’t feel cramped and there’s a bit of storage space behind the driver and in the passenger footwell. It’s also light and airy, thanks to the panoramic glass roof. Also worth noting that the horizontally split windows hark back to the iconic Citroen 2CV.

The Ami, however, doesn’t fit in with Citroen’s current ‘comfort’ USP. The plastic seats are minimally padded, meaning that they offer little cushioning. Add the virtually non-existent suspension, and it would be wrong to conclude that it’s a magic carpet ride. 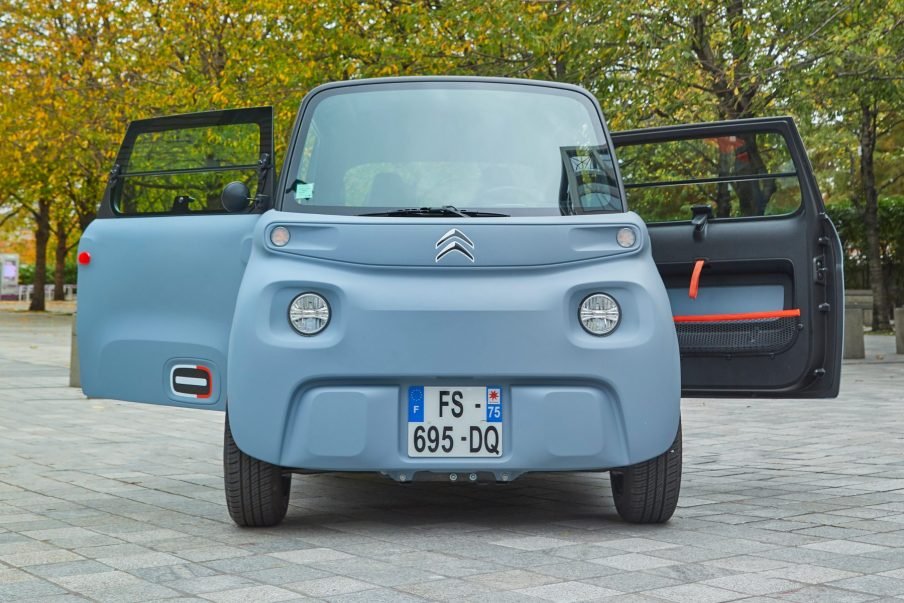 Despite its shortcomings, it’s an EV like no other, so all is forgiven.

It’s simple to drive too. Just press D (one of just three buttons) then stick your foot down.

Unlike most electric cars, there’s no sprinting sensation, but it’s no slouch at city speeds. More importantly, the steering is light, and visibility is good, while its tight turning circle of just 7.2 metres is remarkable. 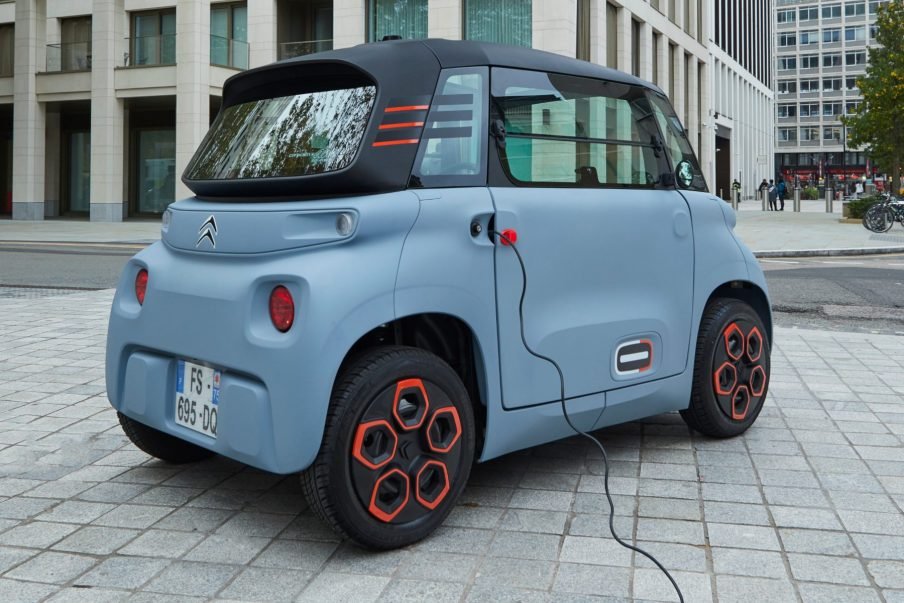 The Ami isn’t available to order in the UK yet, but Citroen is inviting potential buyers to register their interest on the official website.

Verdict: The all-new Citroen Ami is literally a breath of fresh air. Quirky, compact and clean, it’s the future of city mobility and so much more fun than public transport. 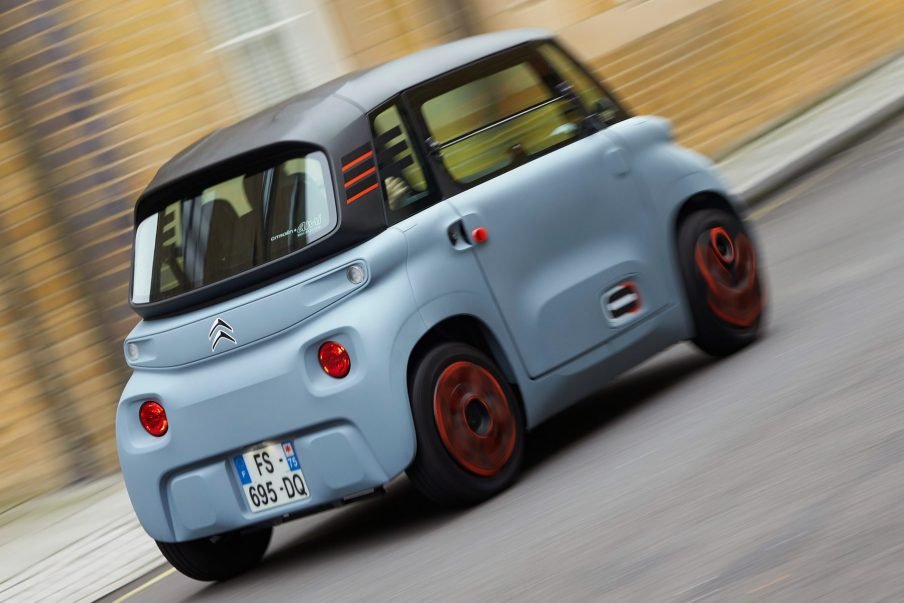