The Renault Megane Sport Tourer has always been one of the most handsome load-luggers on the market – now it’s even better.

Estate cars have been out of favour for a while now – victims of the crossover craze. But that’s not to say they are toast, because there are still many who prefer their looks, car-like handling and low loading bay.

The fourth-generation Renault Megane Sport Tourer is the best looking yet, especially now it’s been treated to a minor makeover inside and out, and the addition of a new plug-in hybrid powertrain. 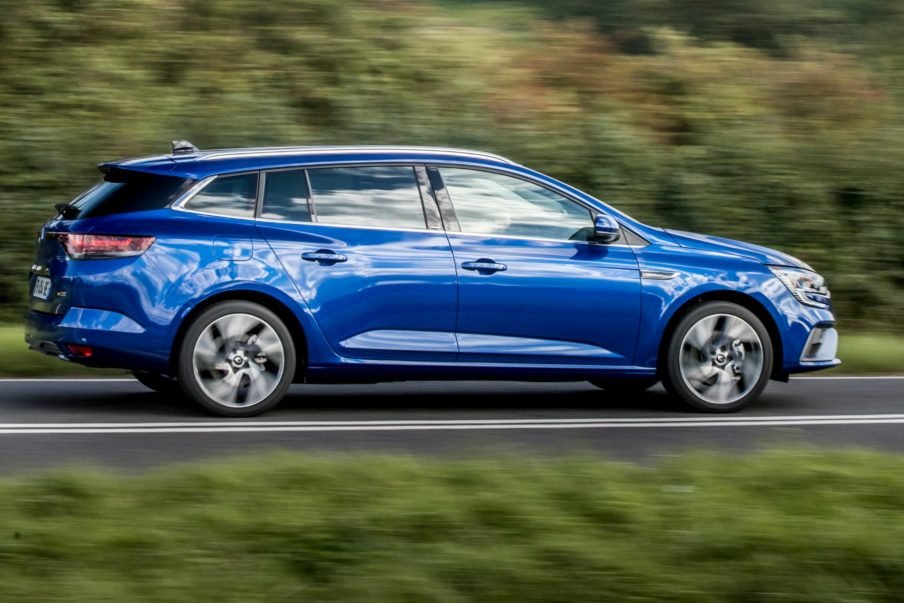 Renault’s decided to label its hybrids ‘E-Tech’, and the Megane E-Tech joins the Captur E-Tech (plug-in hybrid) and Clio E-Tech, which doesn’t need plugging in and is what other manufacturers would call a “self-charging hybrid”.

Plug-in hybrids (PHEVs) are a stepping-stone between combustion-engined cars and fully electric vehicles, and the Megane is a good example.

You get up 30-miles of pure electric driving (more than the average UK daily commute), yet you always have the petrol engine for longer trips. Add lower emissions, greater fuel economy, reduced VED (Vehicle Excise Duty) and lower company car tax, and it makes absolute sense. 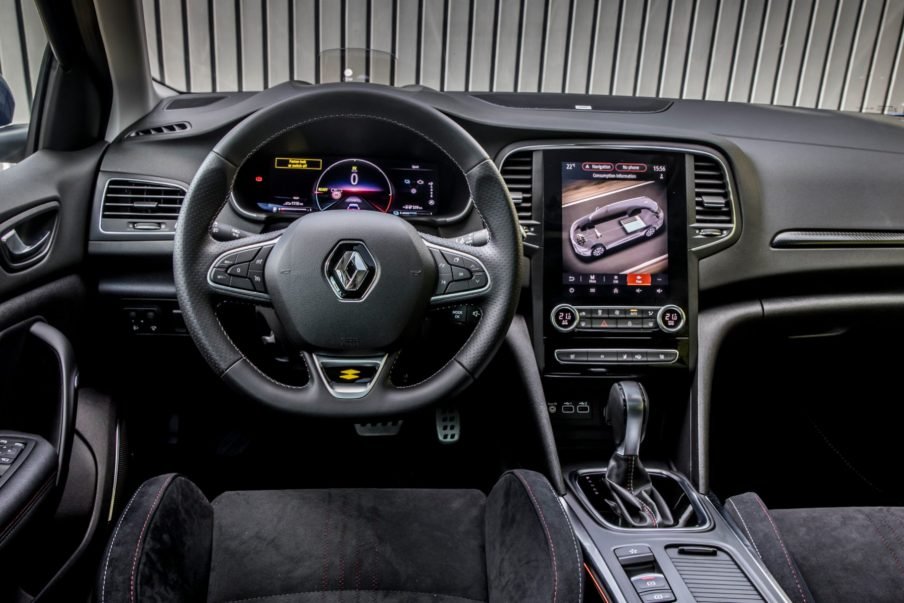 The Megane features a 1.6-litre four-cylinder petrol engine mated to two electric motors and an F1-inspired clutch-less automatic transmission, producing a combined 158bhp and 275lb ft of torque, making for a swift 0-62mph time of 9.8 seconds and a top speed of 107mph.

More importantly for some, Renault claims fuel economy is up to 217.2mpg, while CO2 emissions are a low 30g/km. 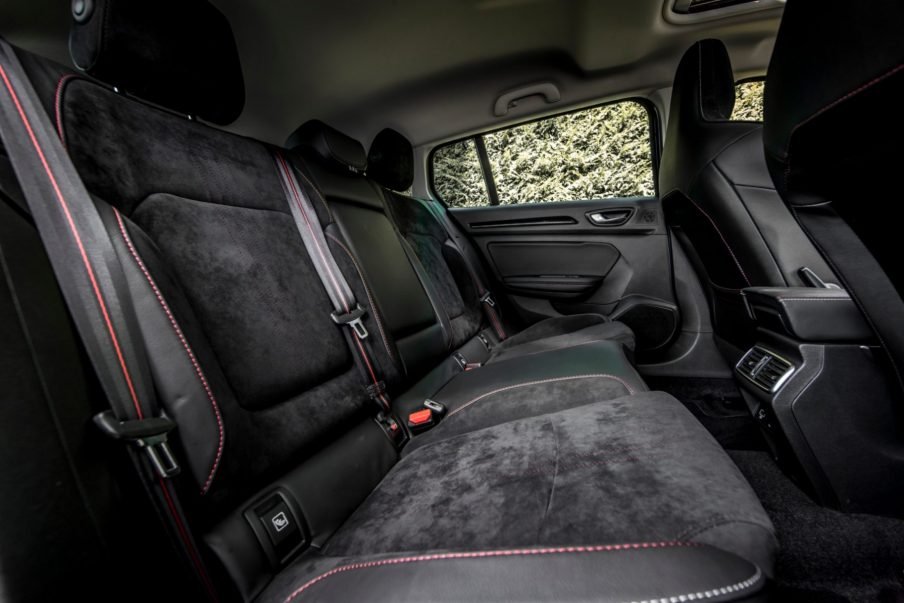 There’s also an “E-Save” feature which helps to save battery power (at least 40%) so that it can switch to full-electric mode when required for driving in city centres, for example.

And as if that’s not enough drive options, there’s “B-Mode” which recoups as much energy as possible into the car’s battery pack by turning up the wick on the regenerative braking system. In other words, it will slow the car down as you ease off the accelerator, so less brake pedal action. 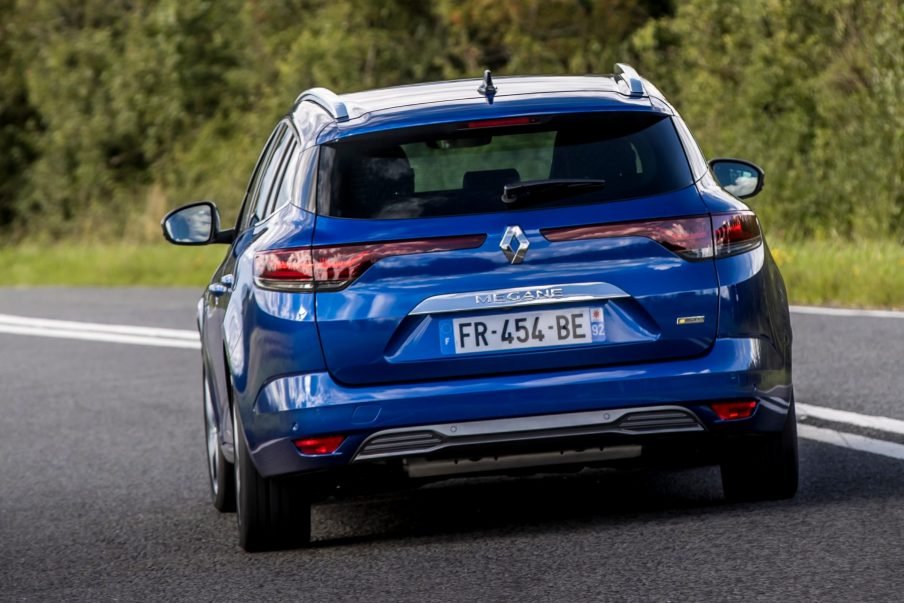 Inside, the Megane Sport Tourer E-Tech is attractive and sensibly laid out, with a classy feel. There’s plenty of room for adult passengers in the back, while boot space is down a little, but still a useful 447 litres.

The Megane Sports Tourer E-Tech offers a pleasantly refined and comfortable drive, while the point where the petrol engine takes over the electric motor (and vice versa) is smooth enough, though the seven-speed automatic isn’t the fastest through the gears when pushed. 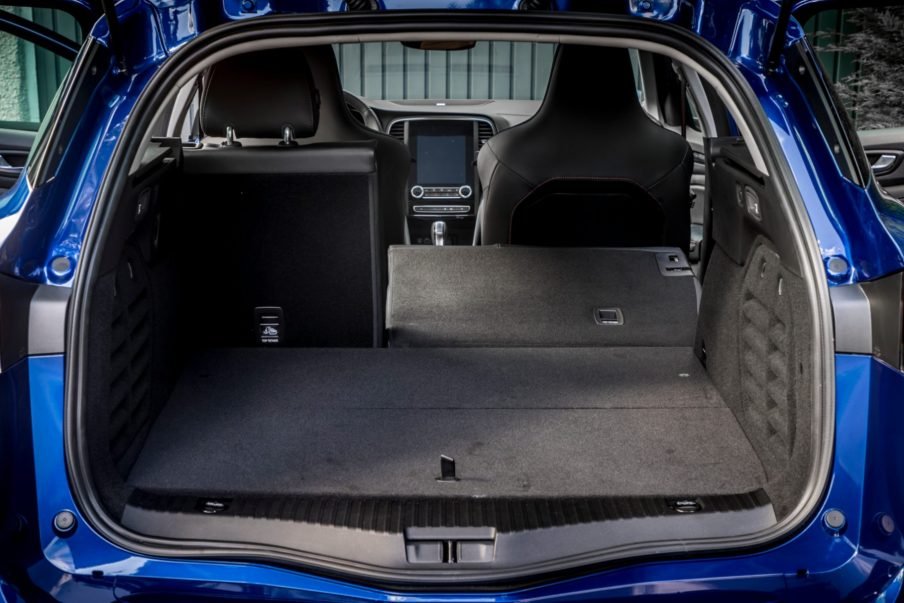 It cruises nicely and more spirited drivers will enjoy the Sport mode, but then hybrids tend to awaken your inner Scrooge, so most Megane owners are likely to stay in the default MySense mode.

Based on a briefer than usual test drive, our fuel economy prediction is very much an estimate. The reality (like all PHEVs) is that once the battery charge is used up on a longer journey, and you’re mainly relying on the conventional petrol-powered engine, the Megane E-Tech is likely to settle down around the 50mpg mark. 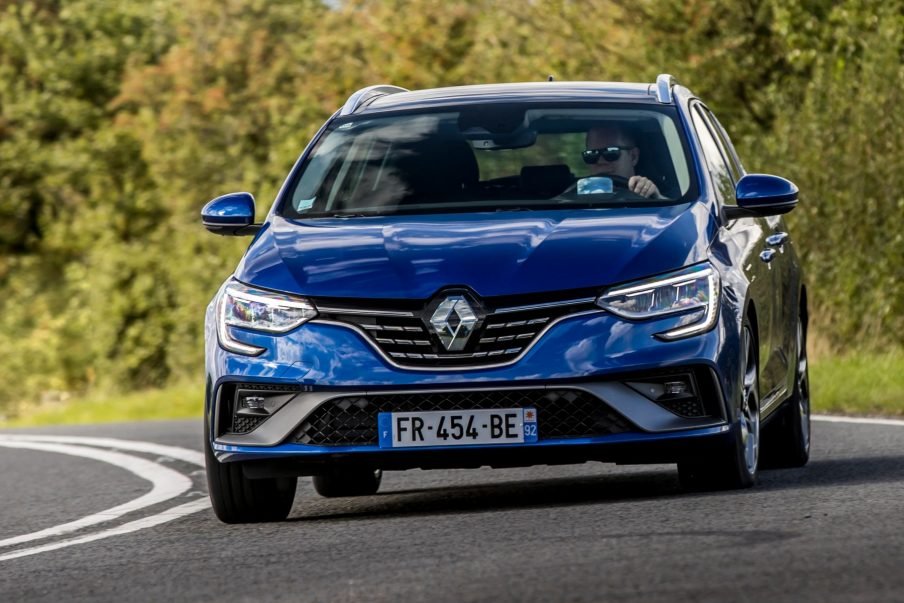 The Sports Tourer E-Tech is priced from £30,685 and comes with a generous five-year/100,000-mile warranty. Its closest rival is arguably the Kia Ceed Sportswagon PHEV. Naturally, a hatchback Megane E-Tech is available, as well as the estate.

Verdict: The Renault Megane Sport Tourer E-Tech is a welcome addition to the growing list of practical plug-in hybrids on the market. Smooth, easy to drive and stylish, Renault’s managed to increase its appeal to both company car buyers and private motorists in one fell swoop.