Every now and again a new car rocks up and it changes everything. The remarkable Porsche Taycan is one such vehicle.

Bigger than a 911 and a little smaller than a Panamera, the Taycan is a proper four-door saloon and a long-awaited rival to Tesla’s pioneering EV, the Model S. 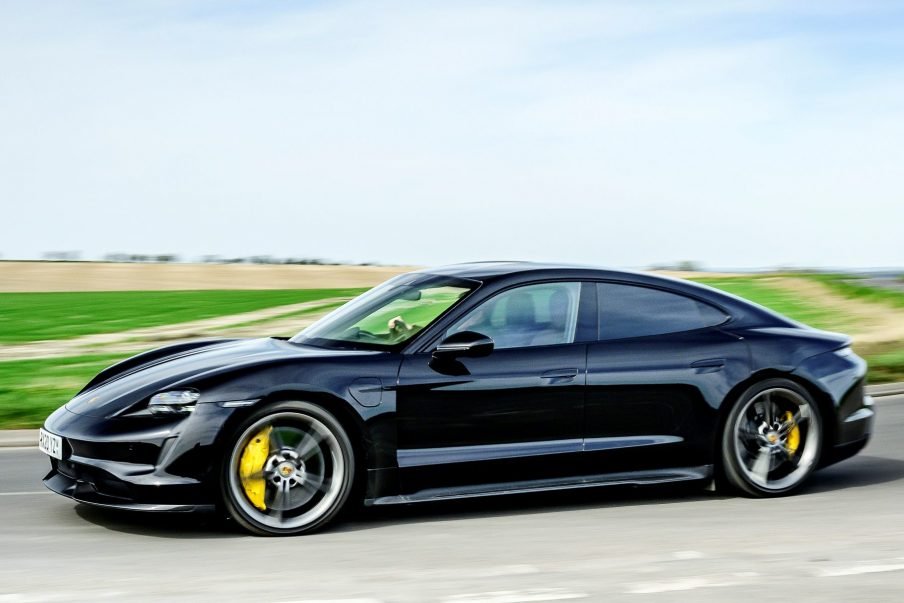 With a luxurious cabin for four full-sized adults and decent luggage space (at 366 litres, about the same as a Ford Focus), plus an extra 81 litres under the bonnet, it’s practical too.

Of course, buyers won’t just plump for the Porsche because of the Taycan’s packaging – they will be lured by its intoxicating blend of performance and spectacular handling. 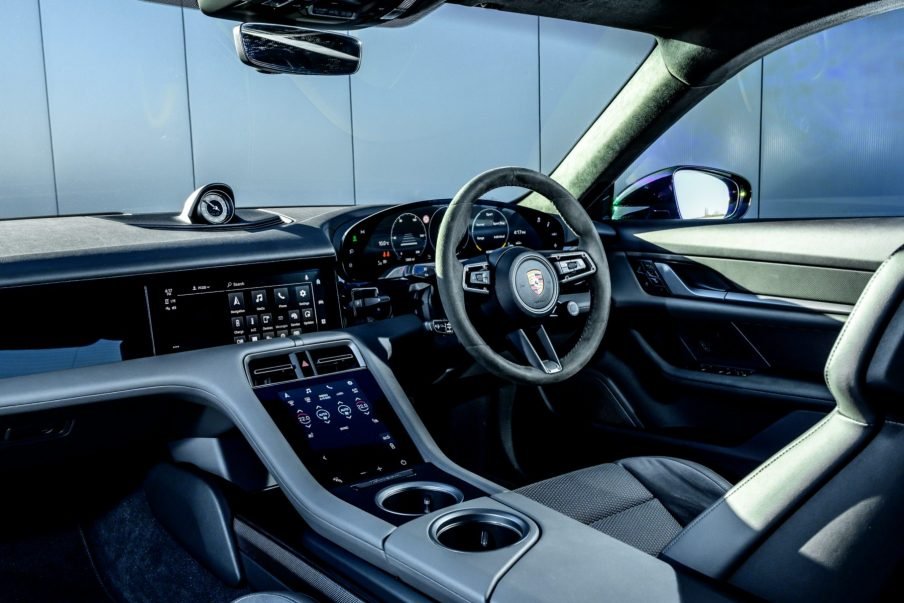 Even though it weighs 2.3 tonnes (about the same as a BMW X5, thanks to its battery pack), it defies physic and is unbelievably agile, while the all-wheel drive and rear-axle steering systems mean traction is phenomenal and it steers like a sports car.

The five drive modes (selected by a button on the steering wheel, just like a 911) include energy-saving Range, Normal, Sport, Sport Plus and Individual, plus there are three specs – the 4S, Turbo and Turbos S. 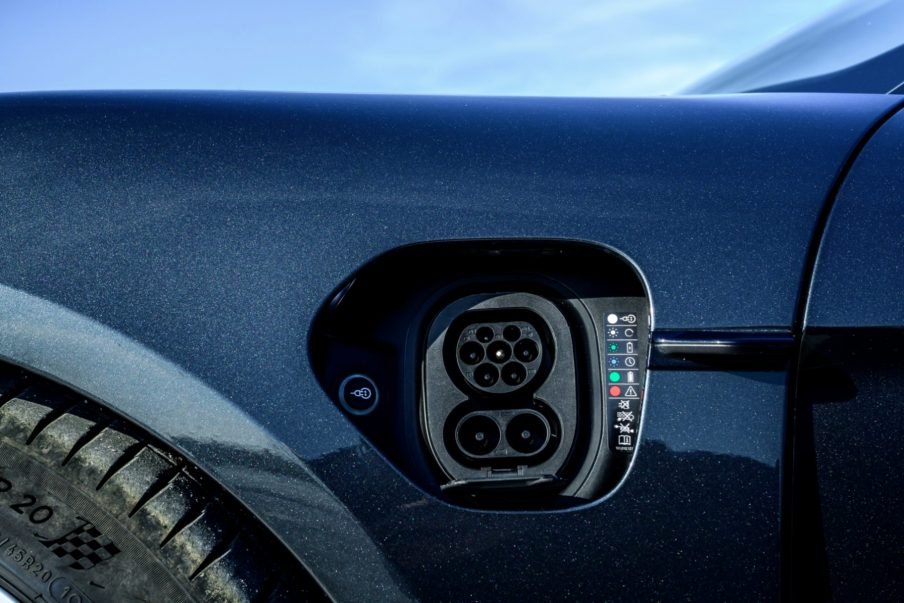 Yes, even though the Taycan is 100% electric, Porsche has kept to its conventional naming convention even though there isn’t a “turbo” in sight. What’s more, the battery range indicator on the dashboard still features a fuel pump.

But, hey, Porsche’s quirks are easily forgotten once you’re behind the wheel of this technical tour de force. 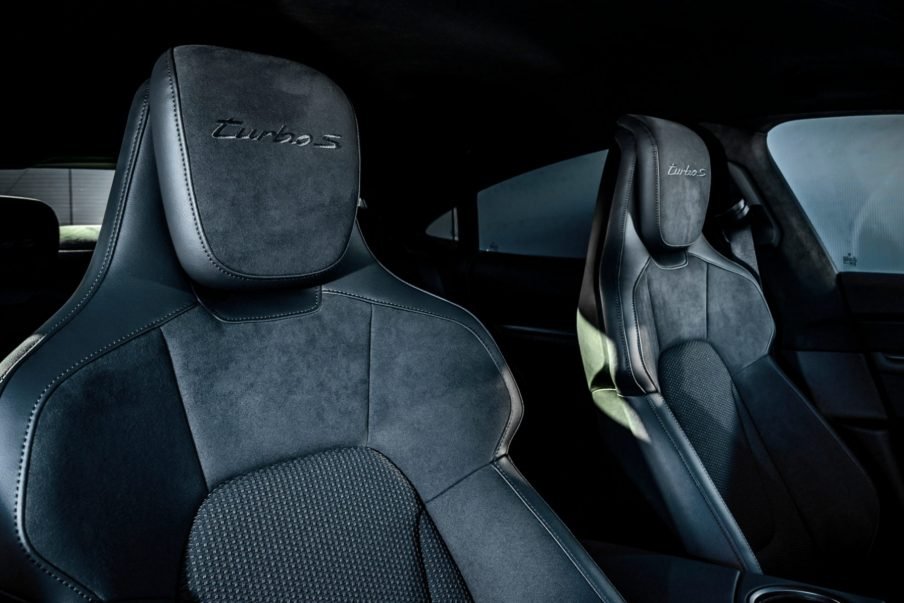 You sit low in the cabin. Ahead, there’s a sculpted bonnet with raised wings that are classic Porsche. A glance at the door mirrors reveals muscular haunches enveloping massive tyres. Inside it’s minimalist with three large digital displays – two in the centre console and one in front of the driver.

As with all EVs, there’s just a vague whine from its two electric motors, plus modest road and wind noise. There’s optional “Electric Sport Sound” if you’re a sci-fi spacecraft fan, but the novelty wears thin after a while. 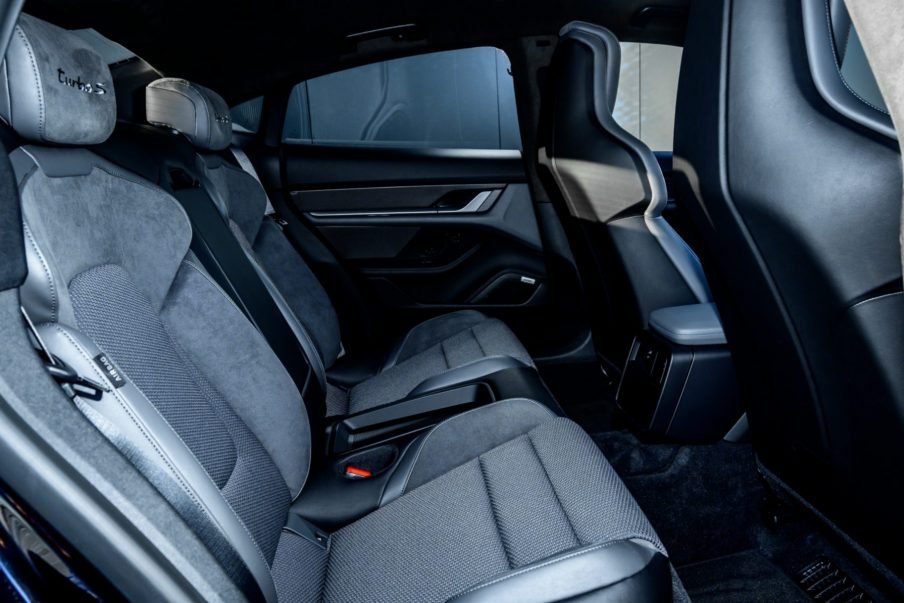 Depending on which model you choose, Porsche claims a range of between 206-280 miles, with the mid-range Turbo probably providing the best balance between performance and economy. From our experience, the Taycan’s range is certainly realistic, even after some spirited driving.

However, this is one area where Tesla has the edge – its top-of-the-range Model S has a 379-mile range. 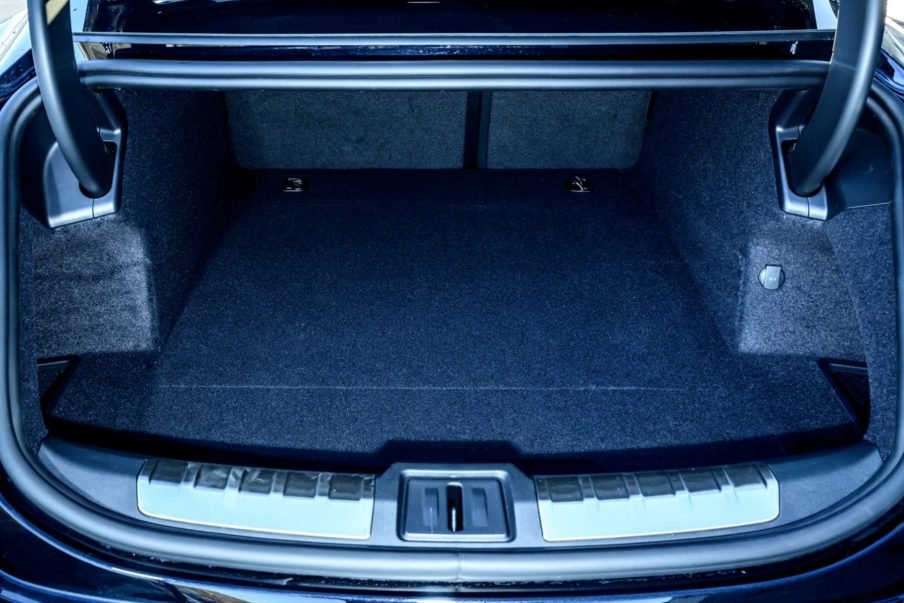 That said, thanks to some clever tech, the Taycan can be charged up to 80% in as little as 23 minutes, which is similar to a Tesla Supercharger. Sadly, rapid chargers are few and far between, so it’s more likely to take around 1.5 hours using a 50kW public charger, or around nine hours via an 11kW wallbox which can be fitted at home or an office.

And just like other electric cars, the Taycan charges the battery as it drives during coasting and via regenerative braking – the smoothest and most responsive system we’ve ever experienced in an EV. 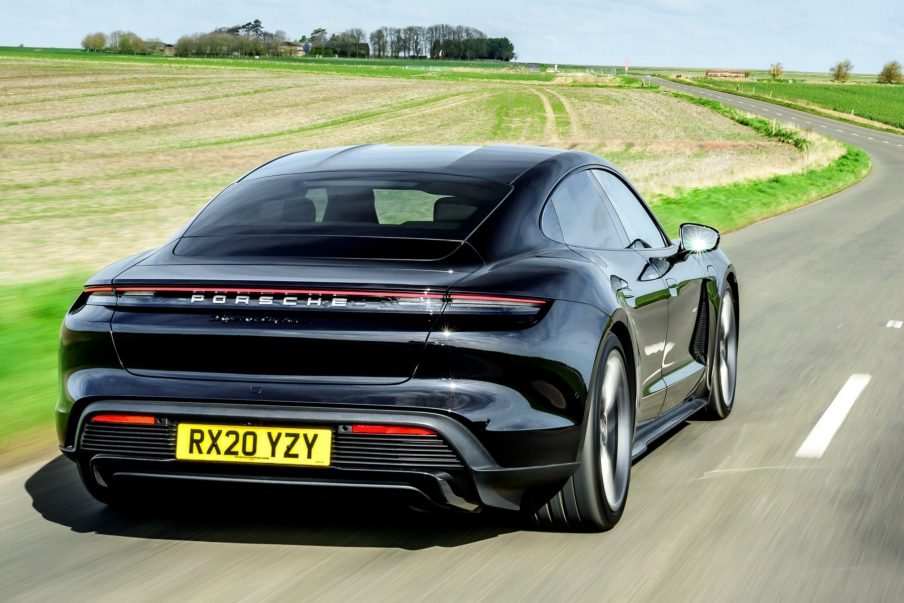 All this adds up to a hugely impressive, if expensive, car that’s as happy on a zero-emissions school run as it is lapping up the miles on challenging country roads. 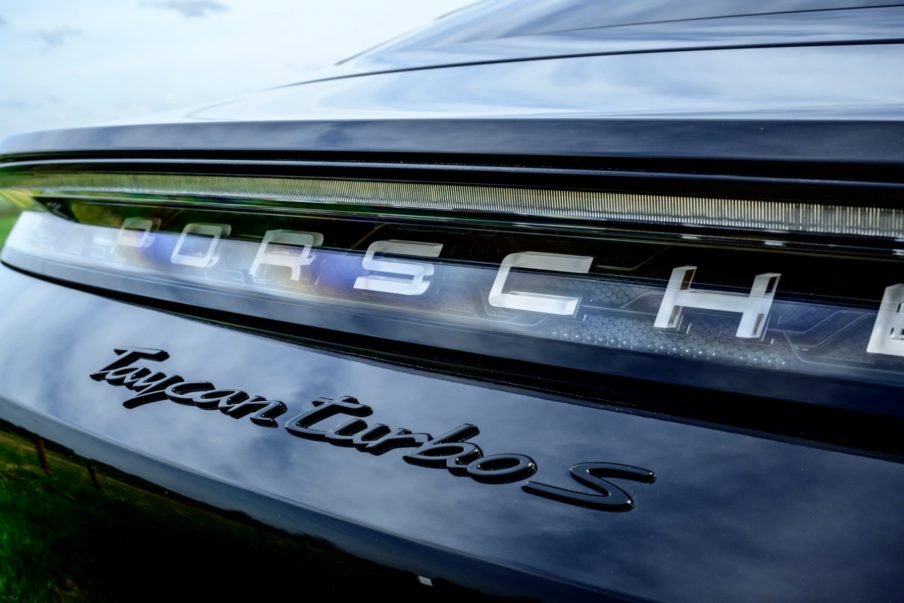