The announcement comes hot on the heels of the announcement of the reopening of Audi Centres across the UK for service business, and in England for sales (since June 1), plus the resumption of Premier League football from June 17.

Mourinho, one of the greatest football managers of all time, took delivery of an Audi Q8 at the Tottenham Hotspur Training Centre. Audi is also Spurs’ Official Car Partner. 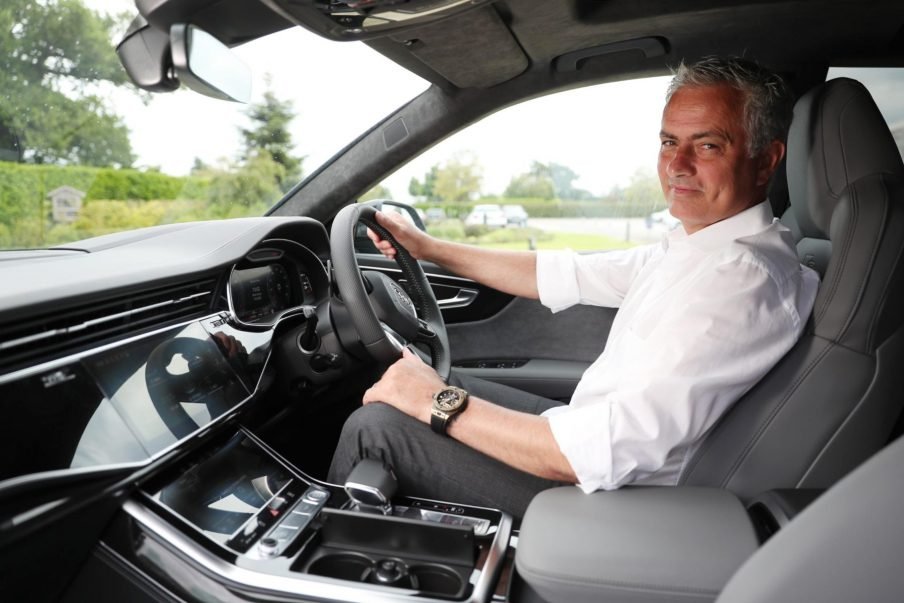 “It is a great privilege to become an Audi ambassador,” said Mourinho. “It is a luxury brand with a phenomenal reputation for quality, technology and safety around the world.

“Audi UK has been a great partner to my club, and I look forward to working with them myself.”

Andrew Doyle, Director of Audi UK, added: “José is unquestionably one of the best managers in the history of football, having won two Champions Leagues, two UEFA Cup/Europa Leagues, and a number of league titles in England, Spain, Italy and Portugal.

“You don’t reach those stellar heights without an unerring commitment to excellence and forward thinking. That’s why we are sure our well-known philosophy of ‘Vorsprung durch Technik’ chimes with his own. We are so pleased to welcome José on board as an Audi ambassador.”

In the past, Mourinho has represented Jaguar as a brand ambassador, and in 2015 he was banned from driving for six months after being caught speeding in his Jag near Chelsea FC’s training ground in Surrey.