The Vauxhall Corsa has been a familiar part of the UK motoring scene for 27 years and has consistently been among the biggest-selling cars.

More than 2.1 million Corsas have been sold in the UK since then, but it’s always been eclipsed in sales terms by its arch rival, the Ford Fiesta. You could say it’s been something of a Cinderella car. Until now.

The fifth generation Corsa is the first all-new Vauxhall to be launched under the company’s new owner – France’s Groupe PSA (which also makes Peugeot, Citroen and DS cars). And it shows.

It shares much of its DNA with the new Peugeot 208, recently crowned European Car of the Year 2020. Crucially, this also means that the Corsa can leapfrog most rivals by offering a 100% electric version (e-Corsa) alongside conventional petrol and diesel engine options. 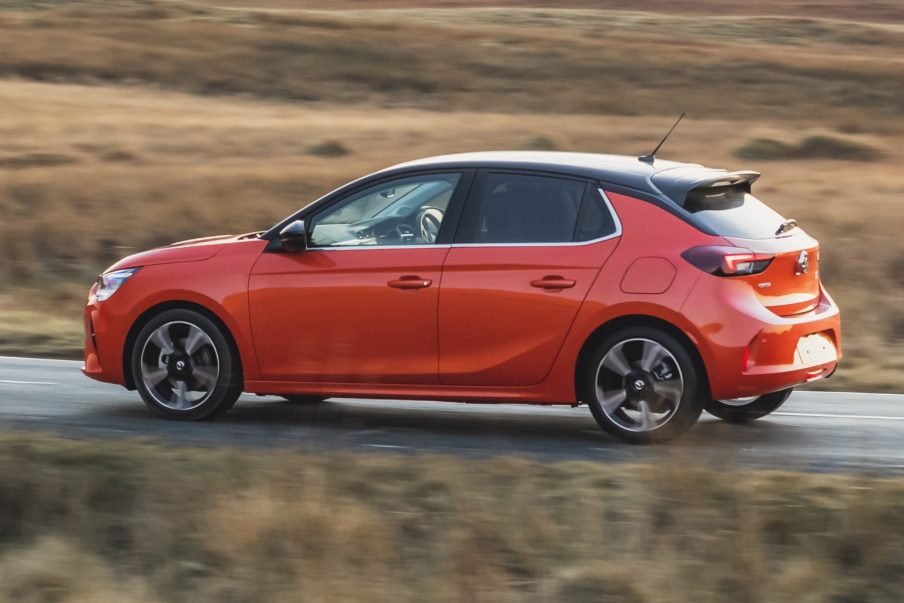 It’s a car transformed. Not only is it the best looking, best equipped Corsa ever, it feels classier and it drives well too.

And this is just as well, because it’s up against some fierce supermini competition including the Ford Fiesta, SEAT Ibiza, Volkswagen Polo and new Renault Clio. 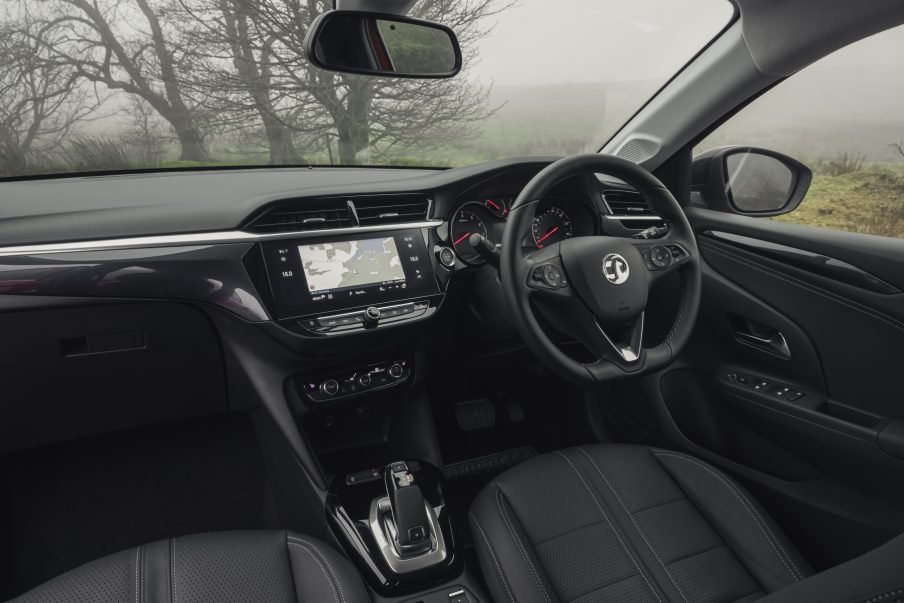 Sitting at the top of the range is the Ultimate which gains matrix LED lights, a larger 10-inch touchscreen and 17-inch diamond-cut alloy wheels, plus keyless entry and start.

Now only available as a five-door, the new Corsa is about the same size as the outgoing model, but it has been on a significant diet, so it weighs up to 108kg less, which is good for fuel economy. 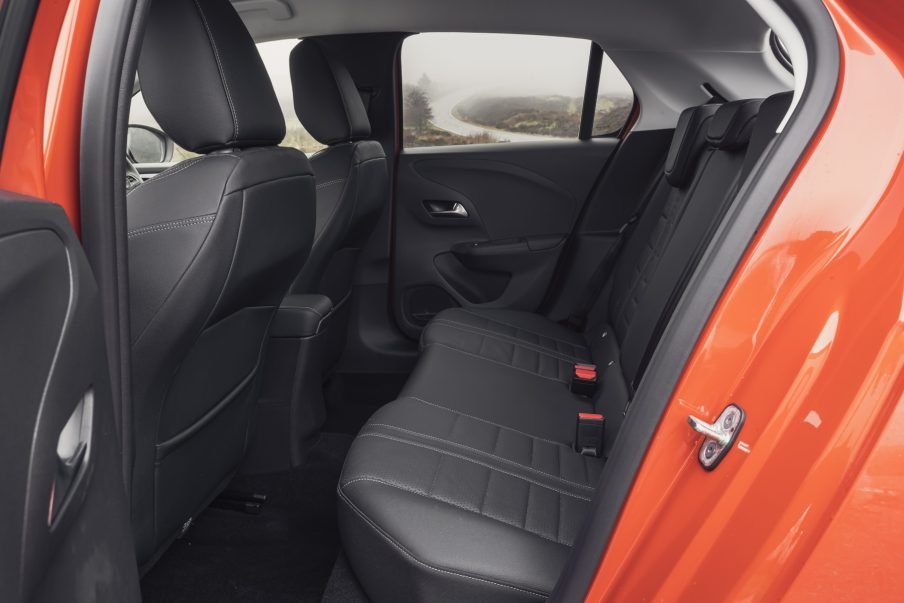 Perhaps most importantly of all, it now looks cool with sleeker lines and a lower, more assertive stance.

It’s a similar story inside where it’s attractive and modern, and offers more space and comfort than its predecessor.

That’s not to say that it’s a class leader. There’s more rear seat and boot space in some rivals and it can’t match the Clio, for instance, in terms of the quality of the materials used (more soft-touch plastics wouldn’t go amiss).

For the record, a six-foot adult can (just) sit behind a similarly sized driver, while luggage capacity is 309 litres or 1,118 litres with the rear seats down. 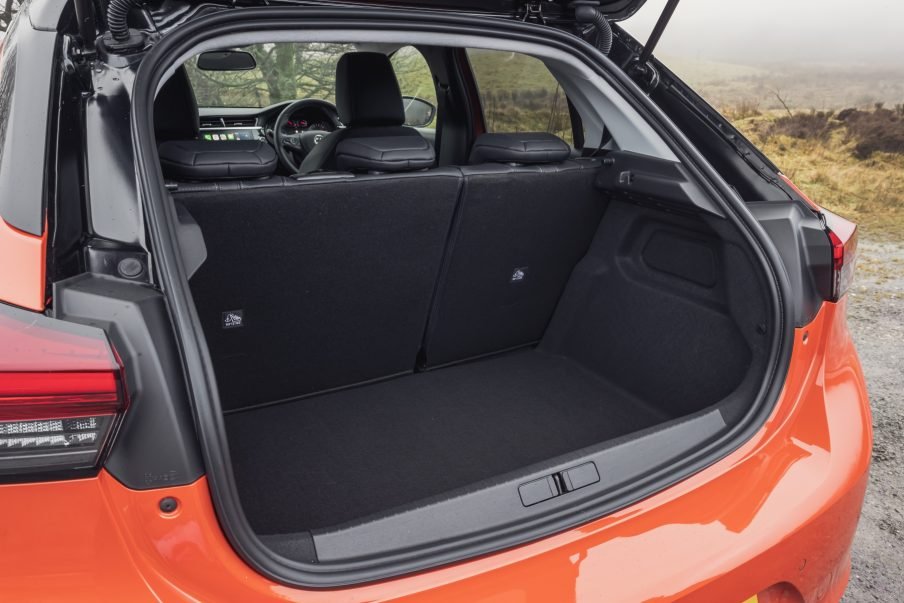 There’s a choice of two 1.2-litre petrol engines and a 1.5-litre diesel, with the pure electric version with a 209-mile range following later in 2020.

The entry-level petrol (74bhp) and the more powerful (99bhp) units are likely to be the most popular choices, but the 101bhp diesel’s fuel economy (up to 68.9mpg) is impressive.

My Corsa test car came in range-topping Ultimate Nav spec and was powered by the 99bhp petrol engine (the best all-rounder) mated to a slick 8-speed automatic gearbox.

With a top speed of 119mph and a 0-62mph time of 10.2 seconds, but seeming much swifter, it’s certainly no slouch. Fuel emissions for this car (indeed the whole range) are below the magic 100g/km, so more good news, while up to 48.7mpg is definitely achievable. 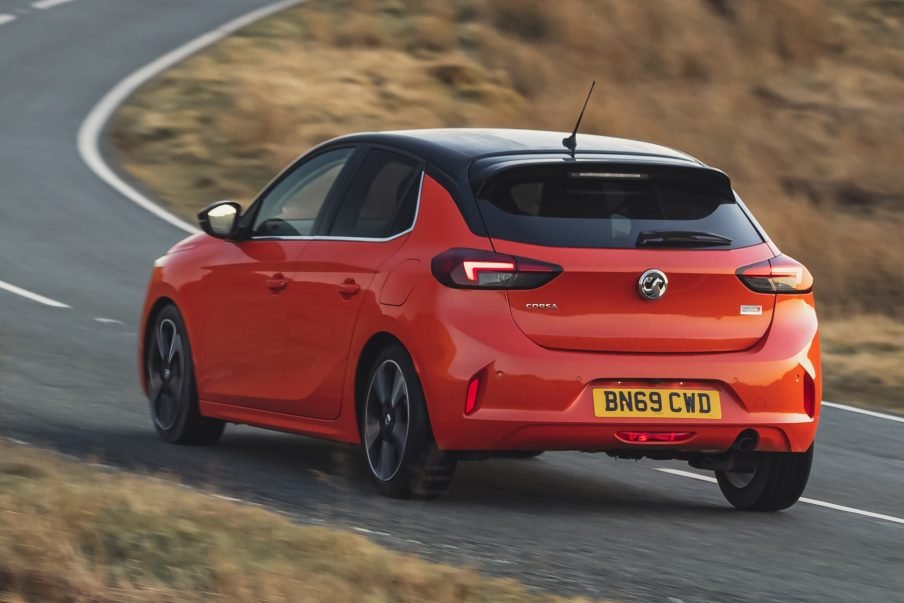 The Corsa’s combination of very light steering and a punchy engine, it’s an easy car to drive. There’s a familiar three-cylinder thrum from the engine bay if it’s pushed, but otherwise the power delivery is smooth. Perhaps it’s because of this refinement that the road and wind noise is more noticeable, but it’s by no means excessive.

It certainly feels light on the road, but it still manages to stay planted with excellent grip, while body roll is kept well in check. In fact, I’d go as to say the Corsa’s handling is entertaining, especially if you flip the drive mode switch between the seats to Sport.

Verdict: The all-new Vauxhall Corsa is going to provide the market-leading Ford Fiesta with some serious competition, especially when the pure electric version is launched soon. Good looking, easy to drive and with low running costs, it’s a much-improved car all-round. 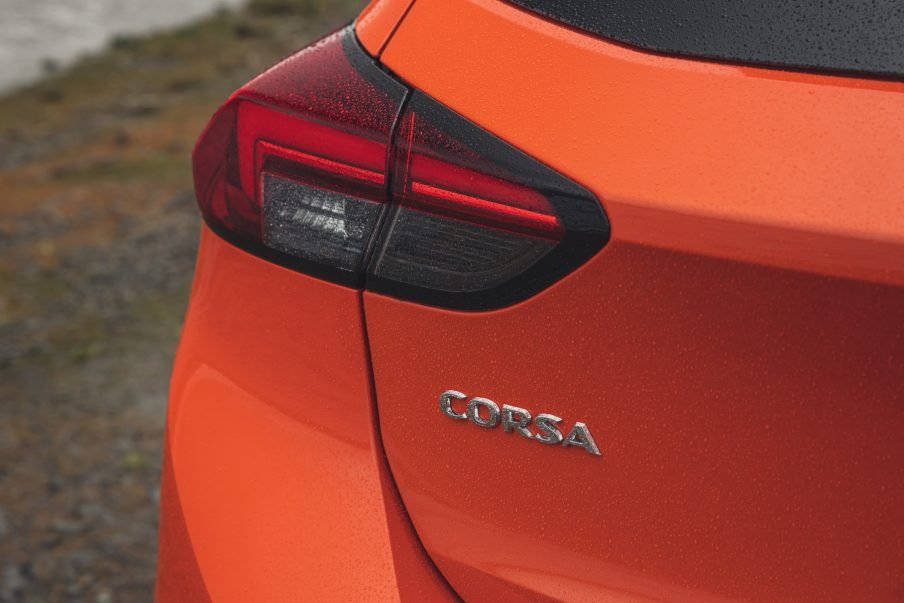