The Discovery Sport is an important vehicle for Land Rover. Originally launched in 2015, some 120,000 have found homes globally – 20% in the UK.

The latest version may not look much different to the original, but it’s had a mid-life facelift like no other. Not only has it had a refresh inside and out – it’s now sitting on a brand new platform.

Shared with the new Range Rover Evoque, it will enable the launch of plug-in hybrid (PHEV) versions of both cars in the near future. For now, Discovery Sport owners will have to make do with a mild hybrid system (MHEV) of which more later. 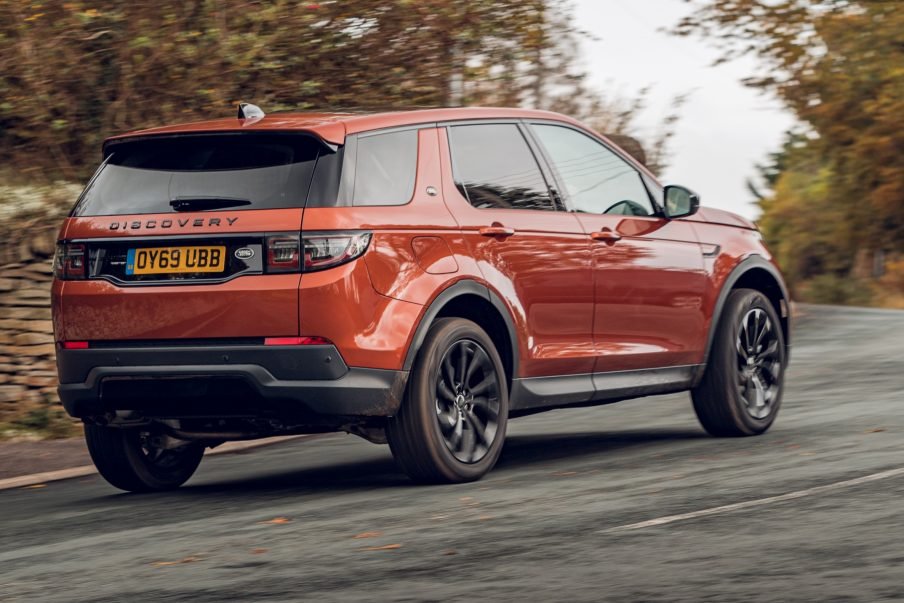 The exterior changes are subtle. In fact, you’d struggle to notice any difference between this and the outgoing model other than the sleeker front end, refreshed rear light clusters and new bumpers.

It’s a different story inside where the Sport has inherited much of the latest Touch Pro Duo infotainment technology from the new Range Rover Evoque, which means fewer switches, a larger 10.25-inch touchscreen, 12-3-inch digital driver’s display and a stubby gear selector replacing the previous levitating rotary dial.

Other highlights include the Clearsight Rear View Mirror, which digitally transforms the mirror into an unobstructed rear view using a roof-fin mounted camera. 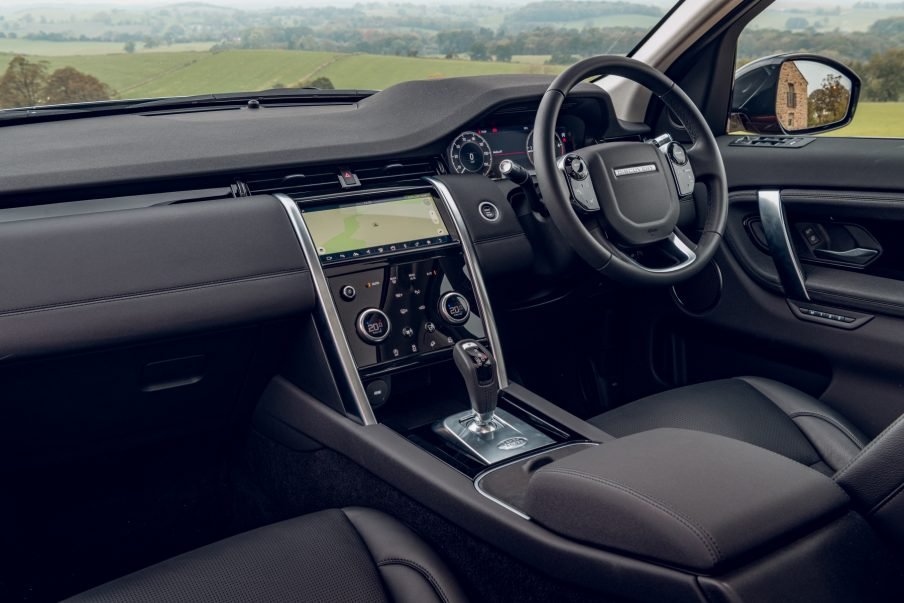 Autonomous Emergency Braking (AEB) and Lane Keep Assist are among the safety systems fitted, making this a safe SUV choice.

Elsewhere, you can still specify a seven-seat layout if five aren’t enough and there’s a useful 40:20:40 split on the sliding second row. Legroom is improved and there’s extra storage throughout the cabin.

For the record, the’re a luggage capacity of 1,794 litres with the rear seats folded. And naturally, seats six and seven are snug and best reserved for children. 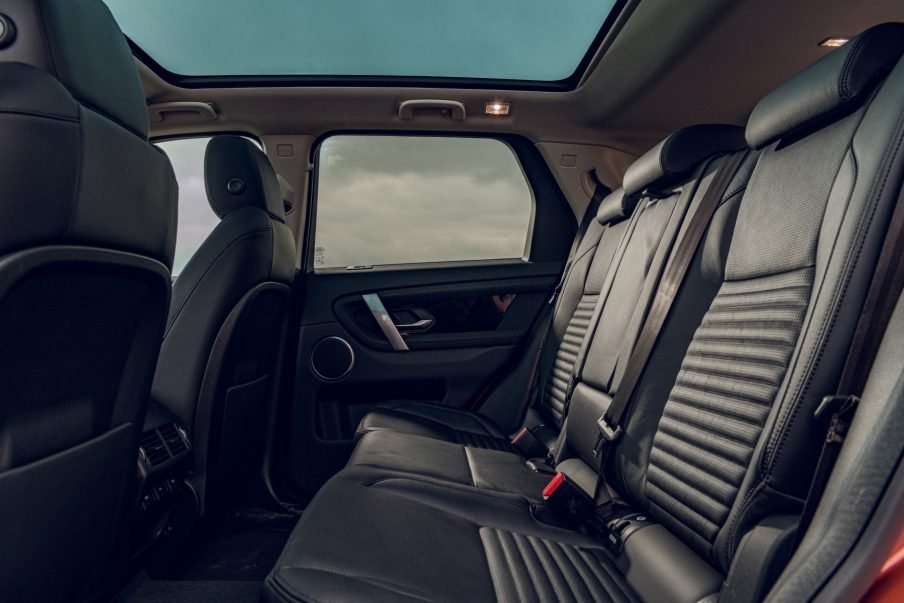 It’s available with a choice of 2.0-litre petrol and diesel engines of varying outputs (all with automatic transmission as standard, except for the lowest-powered diesel, which has a six-speed manual gearbox).

The entry-level diesel is also the only model in the range that doesn’t come with mild hybrid technology. The system harvests energy lost during acceleration and stores it in a 48v battery under the floor, boosting power and reducing fuel consumption in the process.

The new Land Rover Discovery Sport is a real step-up when it comes to refinement and comfort too. And like all 4x4s proudly wearing the Land Rover badge, it’s also incredibly capable off-road. 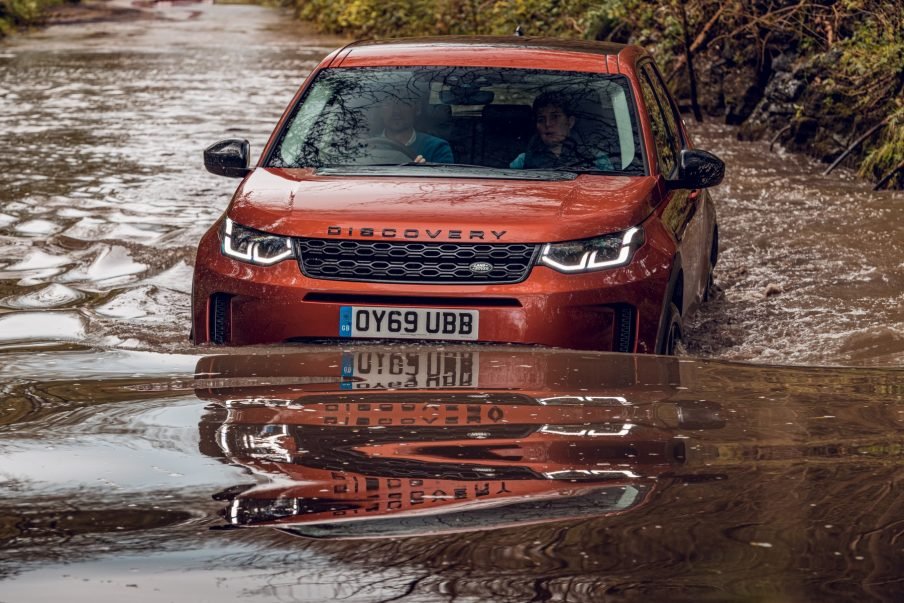 We put the Discovery Sport through its paces at the Land Rover Experience Centre near Skipton in North Yorkshire (one of many such centres all over the world) where it excelled driving up and down steep hills, tackling astonishing sideways inclines and wading through rivers.

Fitted with Terrain Response 2, you can choose from four basic modes (Comfort, Sand, Grass/Gravel/Snow, and Ruts, plus new Auto mode). Oh, and a special mention for the Ground View technology which effectively gives you a view through the bonnet (especially useful during heavy duty off-roading where forward visibility is limited). 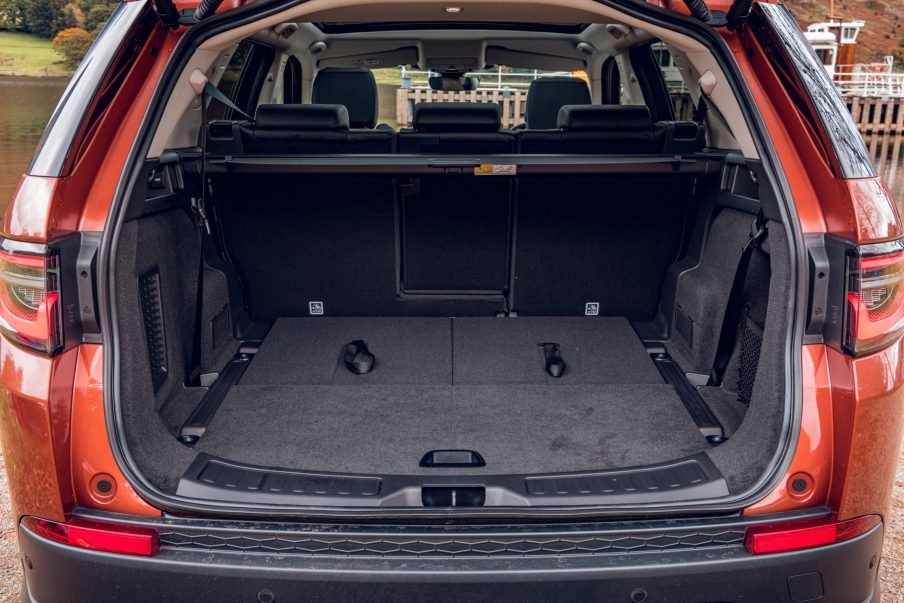 Not sporty, as its name suggests, it’s perhaps best enjoyed at leisure. That’s not to say that it can’t be pushed, because the handling has improved compared to its predecessor. The ride is composed and there’s good body control, while the steering is light and responsive and there’s plenty of grip.

However, fuel consumption from the 200hp petrol and 180hp diesel engined versions is only OK. Advertised at 30.2mpg and 37.2mpg respectively, I could only manage closer to 25mpg and 30mpg.

That said, the engines are smooth and powerful, with the petrol the faster of the two (0-60mph in 8.6 seconds). Oh, and there’s little the Discovery Sport can’t tow, with a maximum capacity of up to 2,500kg. 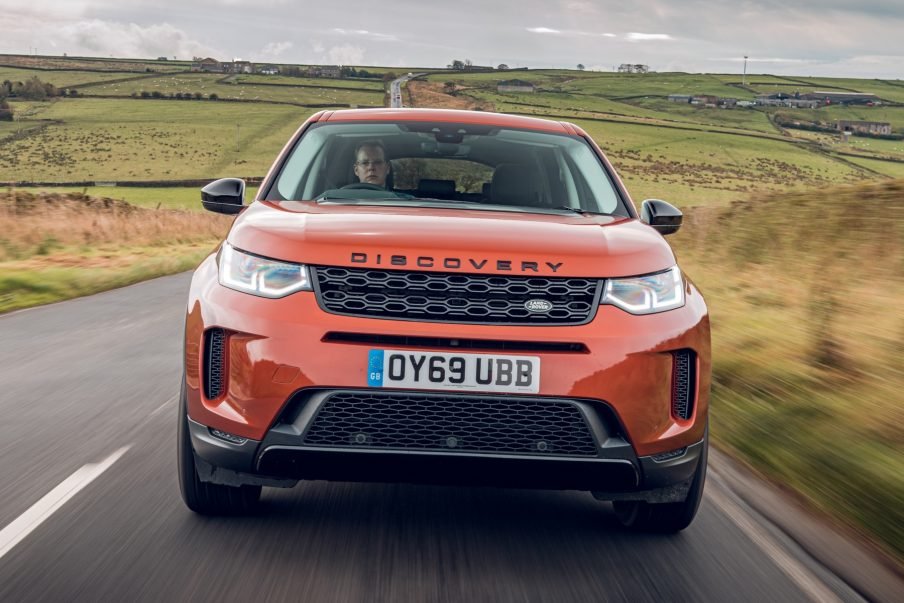 Verdict: If you’re in need of a an SUV that’s practical, easy to drive, seats seven, blends in anywhere and is capable of amazing things off-road, then the new Land Rover Discovery Sport should be on your shortlist.