A pair of super spy James Bond’s Aston Martin cars have topped a list of Brits’ best-loved cars from the silver screen. 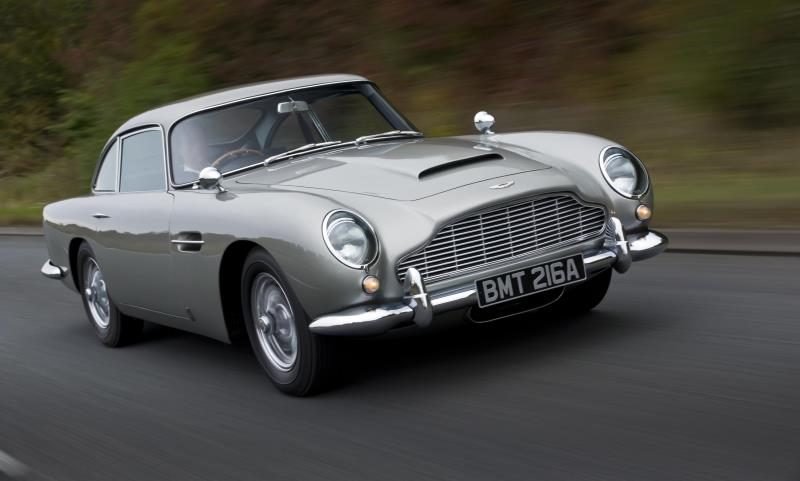 In joint fourth place came Will Smith’s Porsche 911 Turbo 3.6 from his cop caper Bad Boys and Michael Knight’s talking Trans Am KITT from Knight Rider, which scored higher than another 80s classic, Doc Brown’s 1981 DeLorean from Back to The Future.

Also making the list were Herbie, the famous VW Beetle from the 1968 classic The Love Bug, as well as Bo and Luke Duke’s General Lee from the Dukes of Hazzard.

Style was the key reason why people chose their favourite car (44%), however 28% chose their dream car because it had “personality” and 9% went for it because it would attract the opposite sex.

According to the data 58% of people believe driving their dream motor would change their life.

Of those people, half of them believe that driving would become a pleasure rather than a chore, four in 10 would simply feel cool and 23% believe they’d become more attractive.

We are a long way from owning our dream car, as the data found the average Brit’s car is worth £9,800, however as a nation we would be prepared to spend a staggering £77,000 on the car of our dreams.

“This research reveals the strength of feeling that exists for Brits about their cars,” said a spokesperson for Discovery, which commissioned the study to mark the launch of Wheeler Dealers: Dream Car.

“Almost half of the nation sometimes loves their car more than their other half, yet many are hugely embarrassed by the state of their motors.”