Just as Citroen recently hived off DS to become a standalone brand, SEAT has done the same with Cupra – up until now a badge to denote performance cars in its range.

First up is a badge-engineered version of the Ateca SUV, but it will be Cupra’s second model, the Formentor, that sheds more light on the company’s future vision. It’s a seductively sculpted, plug-in hybrid coupe crossover and is coming in 2020.

Now to be honest, the Cupra Ateca doesn’t look a million miles away from the car on which it is based. In some ways that’s no bad thing because the Ateca is a handsome SUV, sporting SEAT’s signature sharp-styling. 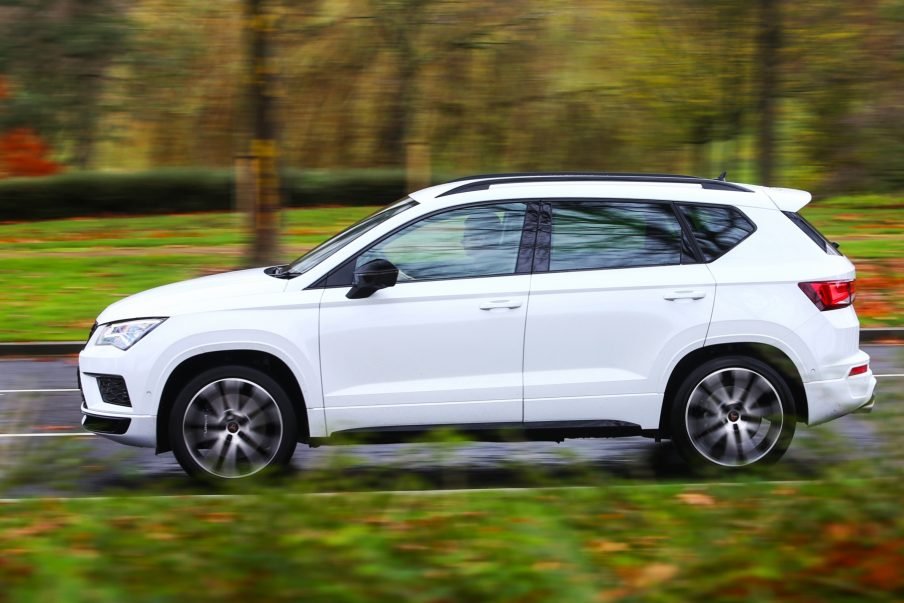 Look closer, and the Cupra version has a more athletic stance (it’s 20mm lower) and sports chunkier bumpers, quad exhaust tailpipes, a rear spoiler, gloss black front grille and bronze badging. Inside, it’s much the same which means subtle differences (such as new trim choices and badging again) giving it a quality feel.

The big difference between the standard Ateca and the Cupra is when it comes to performance. There’s just one engine available and it’s a cracker. Blessed with the powerful 296hp 2.0-litre, four-cylinder TSi turbo petrol engine (also used in the Volkswagen Golf R) and matched with a seven-speed DSG auto transmission, it’s capable of a 0-62mph time of 4.9 seconds and a top speed of 153mph. 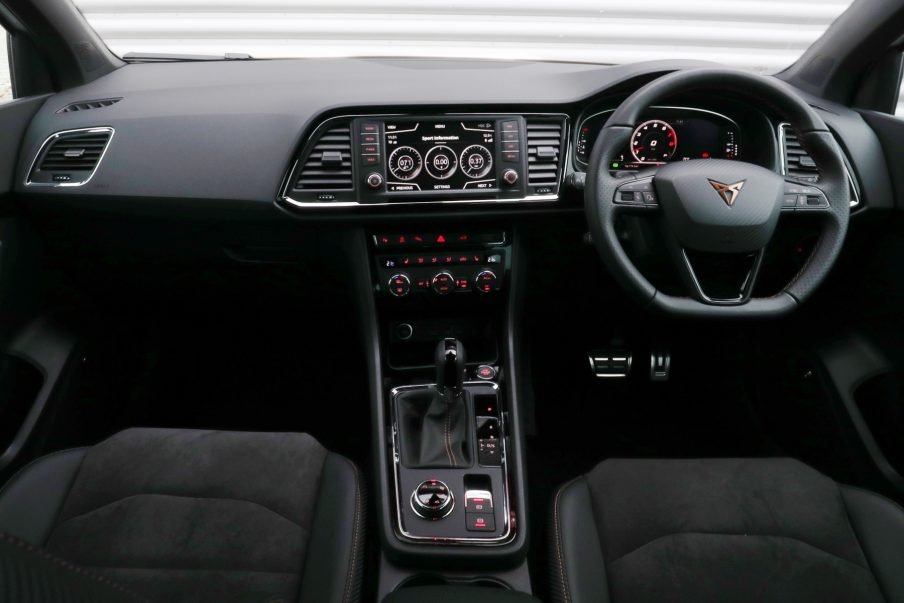 Drive modes on offer include Comfort, Sport, Cupra, Individual, Snow and Off-Road, though the latter is compromised slightly thanks to the Cupra Ateca’s lower ride height.

All that power is channelled to the tarmac via 4Drive all-wheel drive (fitted as standard), while meaty Brembo brakes are available as an option. 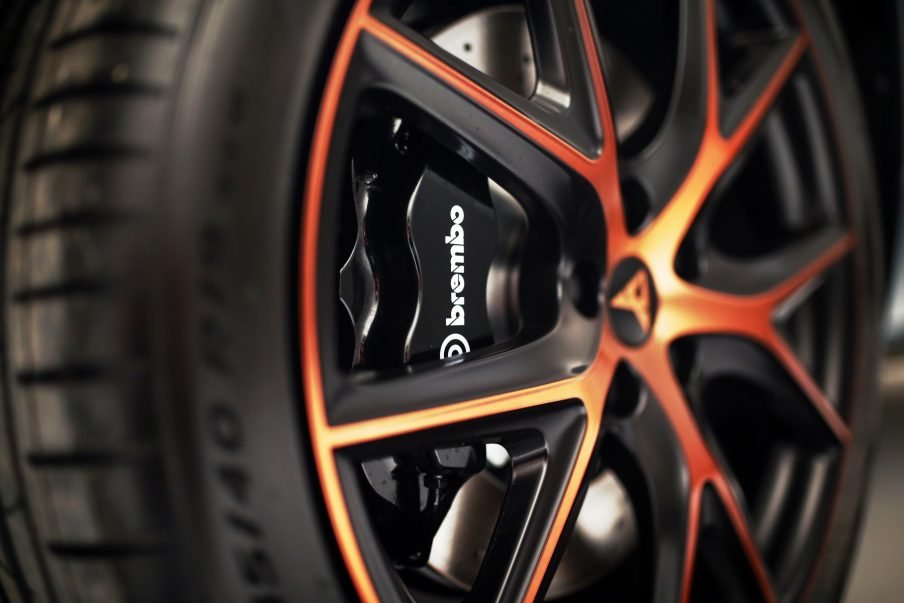 Priced from £35,695 – £41,910, few competitors can match the generously equipped Cupra Ateca’s combination of performance and good value. Its nearest rivals, such as the Porsche Macan S or an Audi SQ5, cost considerably more.

As well as lowering the car, the Cupra Ateca’s tweaked suspension features stiffer springs and anti-roll bars, resulting in handling more akin to a hot hatch.

Despite its height, here’s an SUV that gives you the confidence to drive it hard on more challenging roads. The ride is naturally on the firm side, but there’s plenty of grip, while body control is impressive and the steering is both light and response. 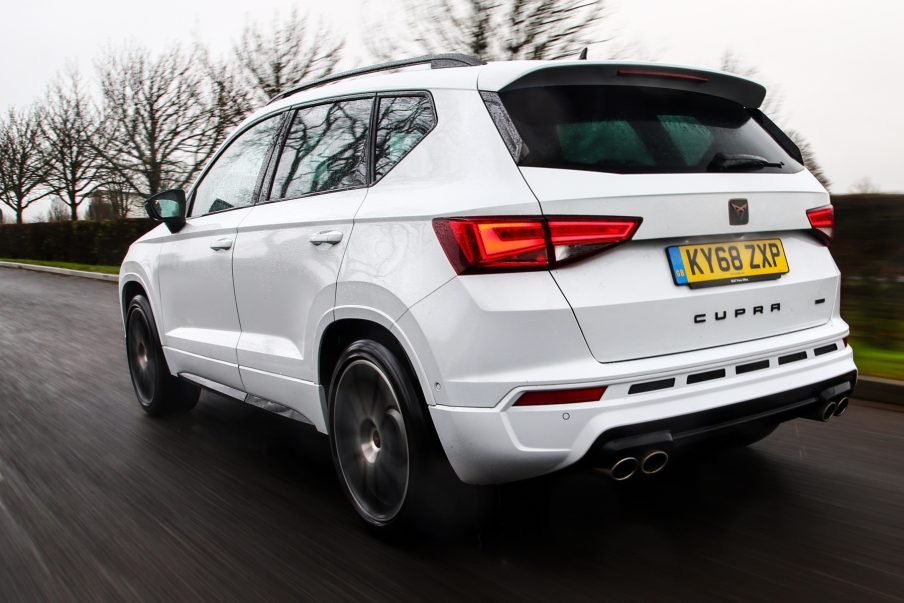 As you’d expect, it’s super quick with stunning acceleration. However, there is a frustrating split-second delay between between flooring the accelerator and the engine responding. Sticking it in Sport mode helps, as does opting to use the paddleshifts.

The only other slight disappointment is that it’s slightly restrained vocally. Yes, it sounds good, but it’s hardly a howl even in Cupra driving mode, and a few pops and bangs wouldn’t go amiss. That said, it’s still entertaining and you will stand out from the crowd.

Officially the Cupra Ateca is capable of up to 32.5mpg, though you’re more likely to achieve closer to 25-30mpg in the real world (especially if you’re having fun), while CO2 emissions are 168g/km. 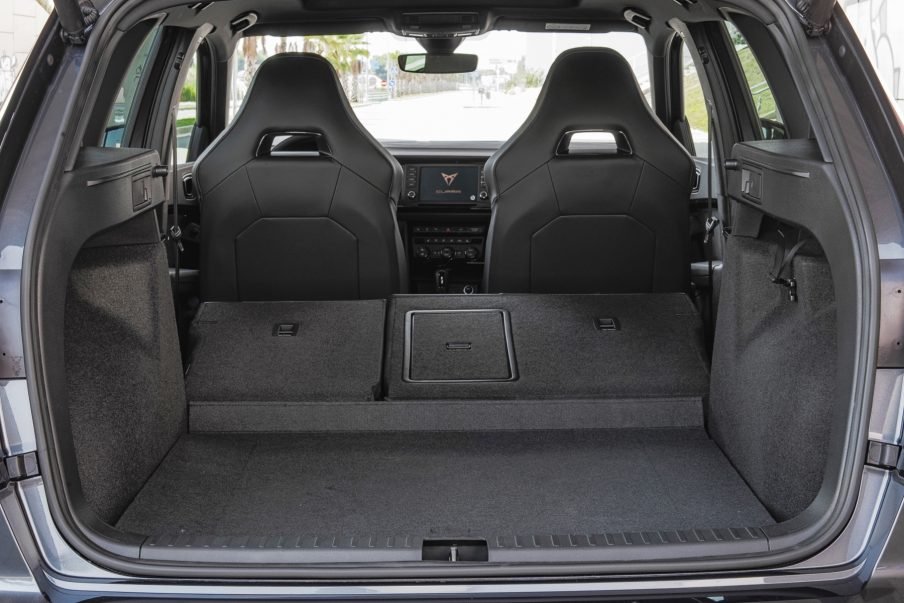 Just like the regular Ateca, it’s spacious inside with plenty of space for adults in the back. The boot is 485 litres; significantly more with the rear seats flipped.

The general build quality and the classy cockpit deserve a special mention too. The dashboard and centre console is smart, state-of-the-art and intuitive, while the materials have are plush feel. 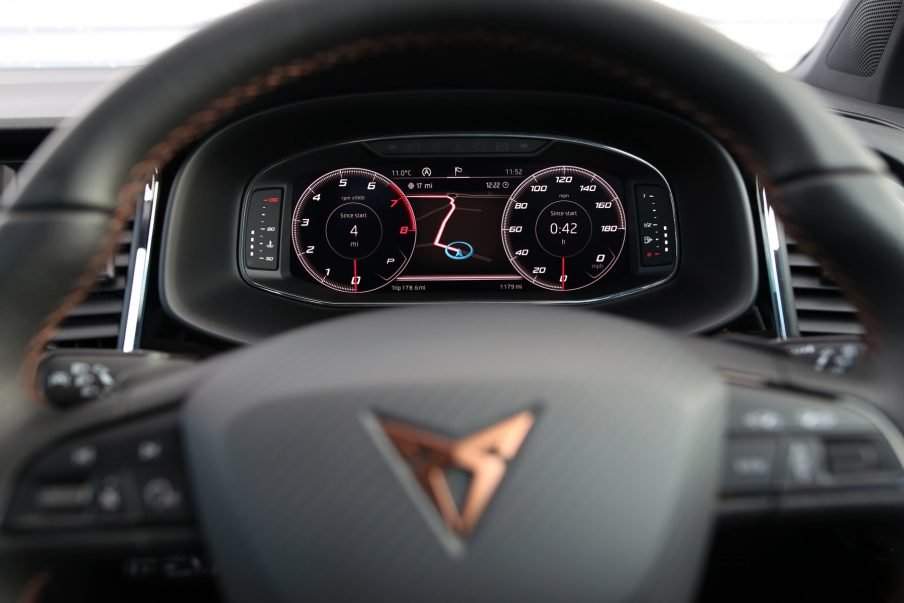 Verdict: The Cupra Ateca is a blast. Fast, assured, well-equipped and classy, it’s a practical performance SUV choice that’s engaging to drive and offers something a little different to equivalent hot 4x4s from Audi, BMW, Mercedes-Benz and Jaguar.