It shouldn’t be underestimated how important the 1 Series is for BMW. The hatchback accounts for one in five cars sold by the German giant. Owners also tend to be younger and more likely to move up the range as they get older.

Originally launched in 2004, the 1 Series has proved to be a winner thanks to its winning combination of distinctive looks, classy feel and driving fun.

The all-new third generation car follows BMW’s trend of design evolution. In fact, at a glance you might struggle to differentiate it from its immediate predecessor, which has been on sale since 2011. 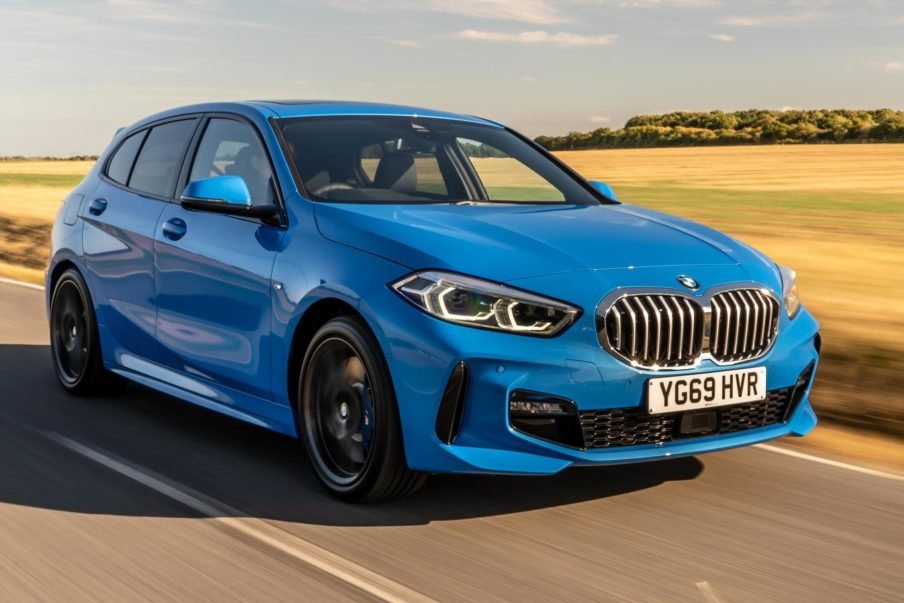 The reality is that the styling changes may be subtle, but a lot more has been going on out of sight. Most importantly for BMW enthusiasts, the 1 Series is now front wheel-drive for the first time and its engine is transversely (sideways) mounted.

This controversial change for some has barely changed the car’s proportions (it’s 5mm shorter, 34mm wide, 13mm higher), but it has meant that the bonnet is shorter and the cabin is more spacious.

However, the worry was that the switch of power from the rear to front wheels may adversely affect the car’s handling – always a plus point for the 1 Series. 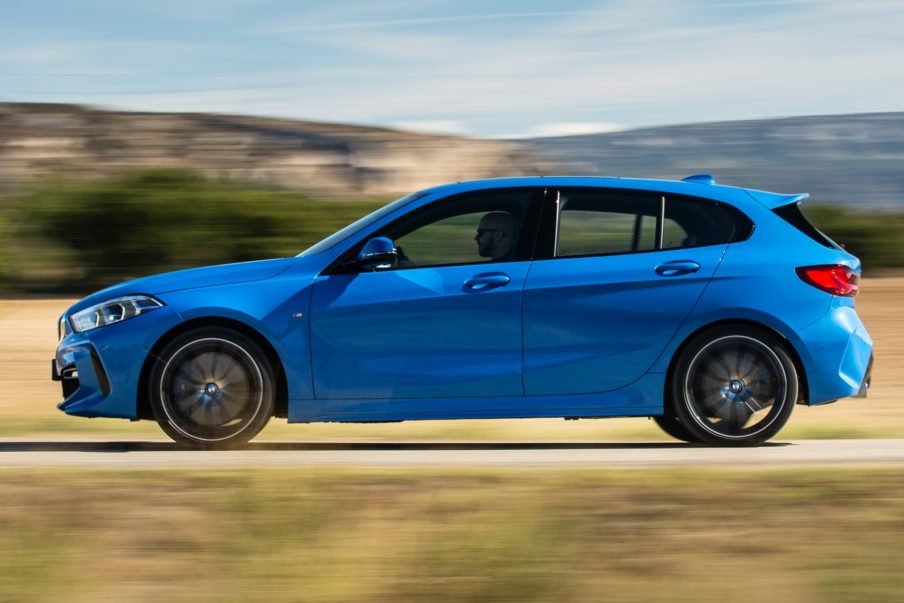 Well, the good news is that BMW hasn’t messed up and, as a package the car is still a class act.

Priced from £24,430 to £36,430 and up against premium rivals including the Audi A3 and Mercedes-Benz A-Class, by virtue of its size it also competes with the Ford Focus, Volkswagen Golf, Mazda3 and other popular hatchbacks.

Now only available as a five-door, the best way to recognise the new car is by its shorter bonnet profile and “shark nose” which features new slim LED headlights and a larger BMW kidney grille. And for the first time in this model range, the kidneys merge in the middle, while the range-topping BMW M135i xDrive sports a distinctive grille with a mesh design instead of the familiar vertical bars. 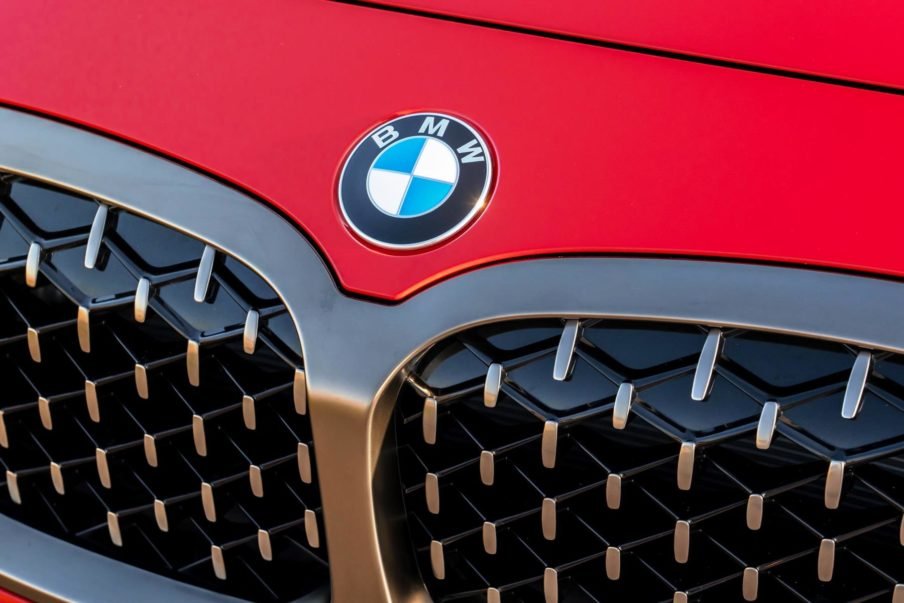 If you prefer petrol (the vast majority of buyers will), then choose from an entry-level 1.5-litre three-cylinder (118i) or a 2.0-litre developing 302bhp (M135i xDrive) making it BMW’s most powerful four-cylinder engine. 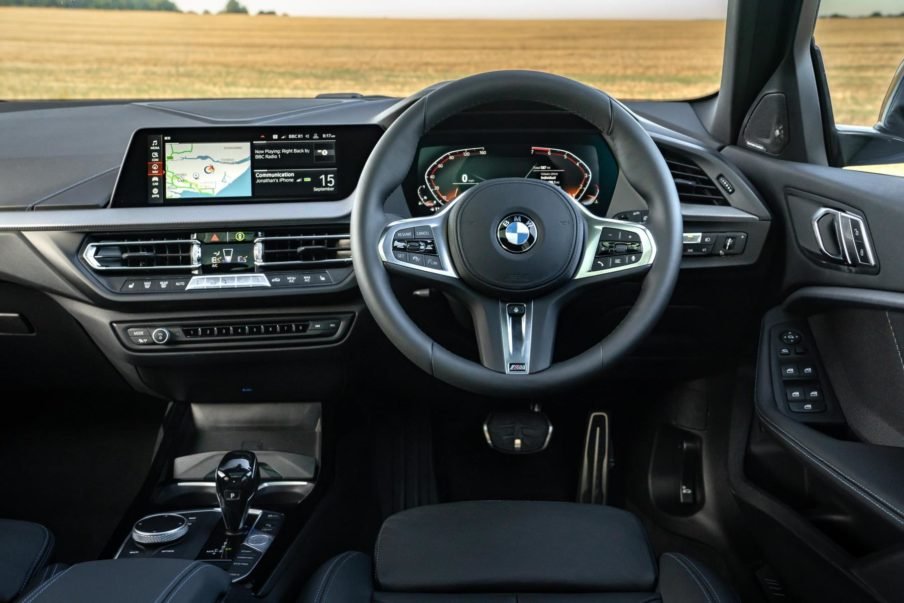 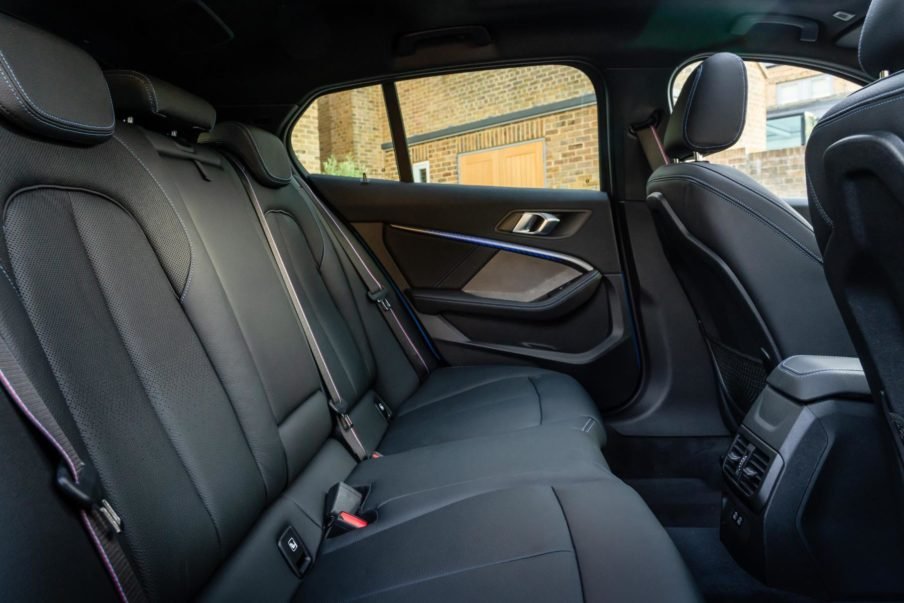 The 1 Series is well equipped with loads of tech passed down from more expensive models up the range and comes in three trim levels (SE, Sport, M Sport) with the M135i xDrive topping the range.

Sport models get dual-zone climate-control and sports seats, while M Sport adds luxuries including leather upholstery and heated front seats. Needless to say, the goodies available on the optional extras list and option packs are enormous, but the excellent head-up display is worth recommending- and there’s even the functionality to unlock the car’s doors with a smartphone. 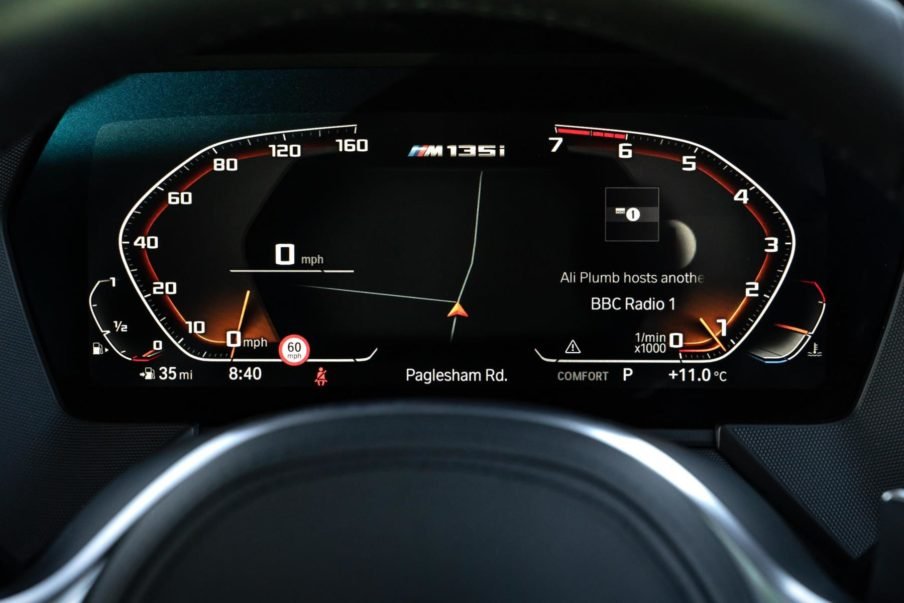 It’s also worth noting that the BMW Live Cockpit Professional is standard on the M135i model and optional on all others. This includes a fully digital, customisable driver’s digital display and a central console touchscreen (both 10.25 inches).

Put your foot to the floor in the 118i M Sport and the thrummy 1.5-litre is just about noticeable, but otherwise it’s superbly refined and smooth, with more than enough power for all but the most keen of drivers. The manual gearbox is a delight, though the auto transmission is slick, suits the car and is more relaxing in an urban environment.

The 118i handles well, turning in keenly and with little body roll. The ride is on the firm side, but still supple when it needs to be, and most importantly, the grip from those front wheels is excellent, even in the wet. 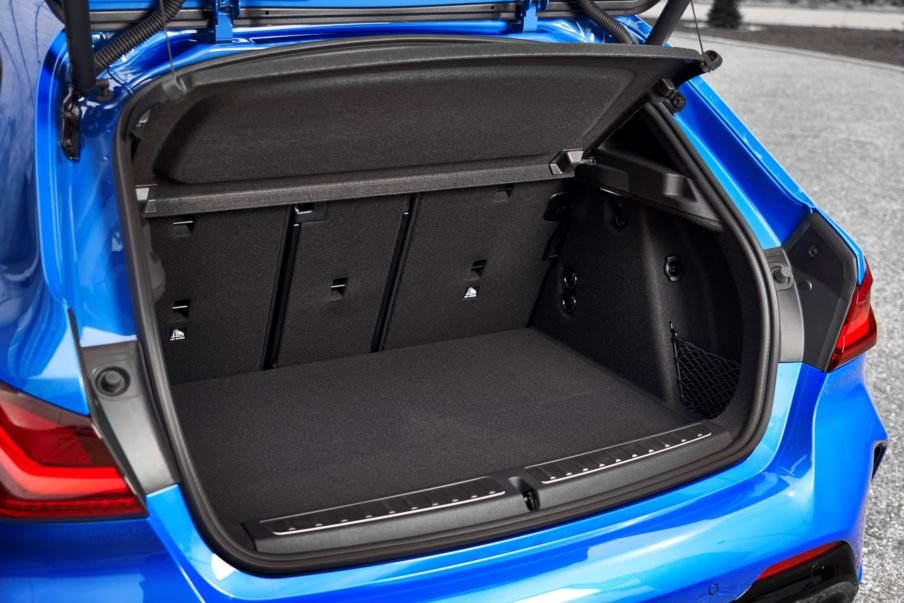 The extra grunt from the hot 2.0-litre in the M135i xDrive is immediately noticeable, especially in Sport mode. The car I tested was fitted with optional adaptive suspension, changing its stiffness according to which driving mode is selected.

It offers extra confidence too, thanks to its four-wheel drive which delivers serious amounts of grip and traction out of corners. Thankfully it’s also fitted with suitably supportive sports seats.

Feeling fast rather than blisteringly quick and entertaining to drive, especially on more challenging roads, there’s no doubt that the M135i xDrive is the more exciting car, but some enthusiasts will bemoan the loss of its M140i predecessor which sported a lusty 3.0-litre straight six.

The light drone from the four-cylinder M135i’s artificially enhanced exhaust isn’t quite as satisfying either. 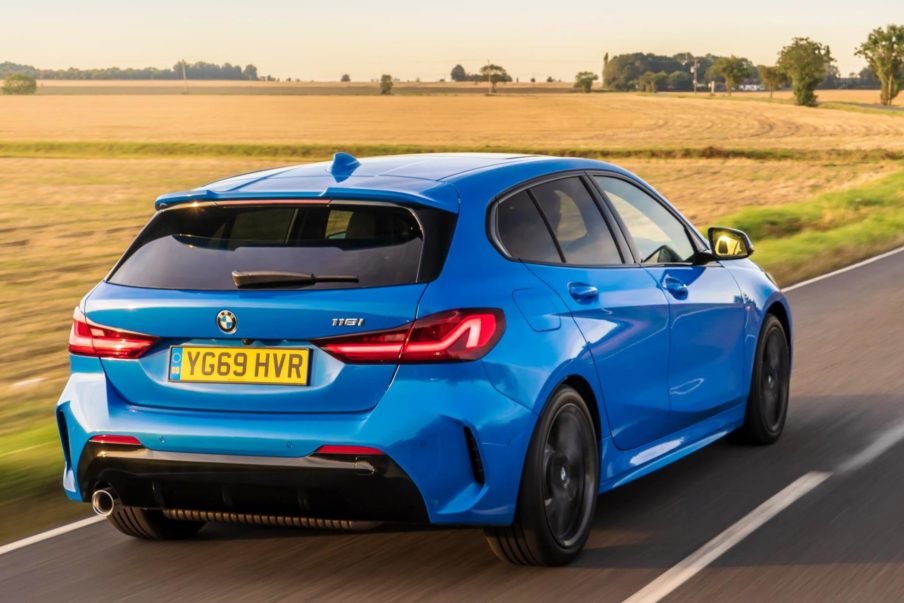 Elsewhere, the BMW 1 Series is hugely improved as a package. As you’d expect, build quality is superb and it has a really classy feel. There’s now space for adults to sit comfortably in the back seats, while the 380-litre boot capacity keeps up with its rivals. Flip the rear seats down and there’s a useful loading capacity of 1,200 litres.

However, if you regularly carry taller rear-seat passengers, it’s worth testing a model with the panoramic sunroof fitted because it does steal some of the headroom.

Attractively and intuitively laid out with plenty of soft-touch materials, the cabin is a lovely place to be.

Verdict: The all-new BMW 1 Series goes straight to the top of the premium hatchback class with its superb blend of space, safety, tech, build quality and badge appeal. Despite the switch from rear to front-wheel drive, it offers a dynamic drive which will please all but the keenest of drivers.