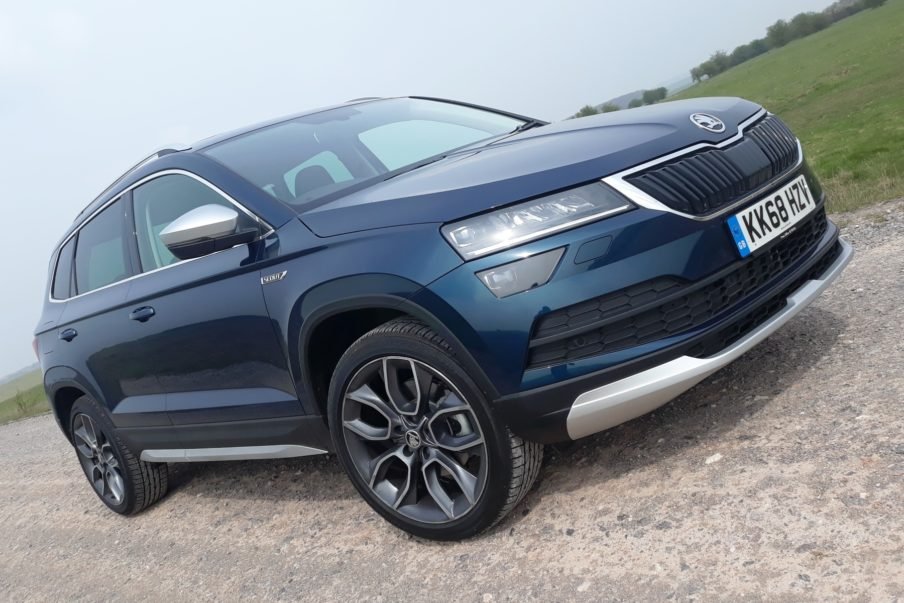 ‘Scout’ is the badge Skoda uses to denote its vehicles that have more of a go-anywhere appeal.

Already used in the current range on the Octavia and Kodiaq, Scout models sport a rugged look and boast extra equipment compared to their standard siblings. 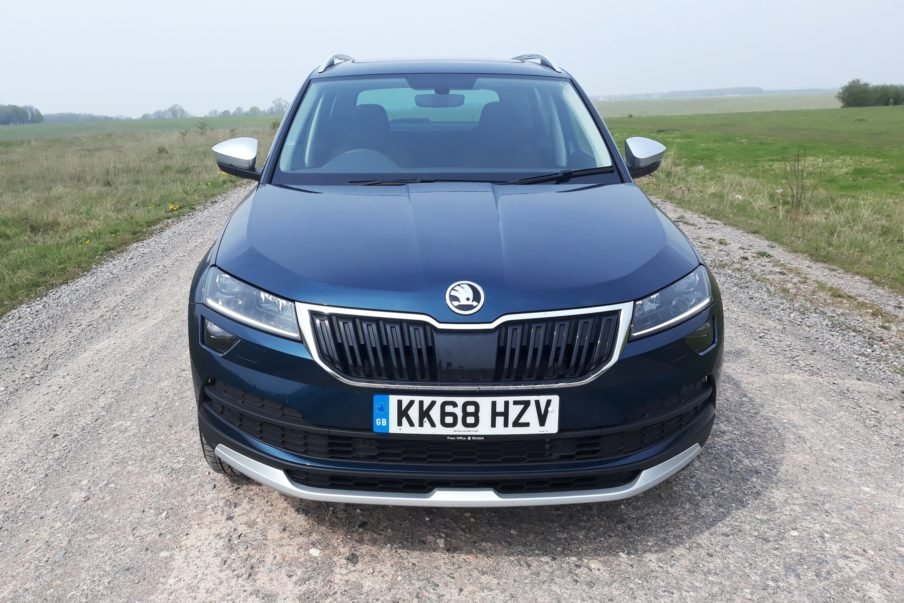 In the case of the Nissan Qashqai-sized Karoq Scout, that means protective silver-coloured bumpers front and rear, reinforced wheel arches and 19-inch “Crater Anthracite” alloy wheels. Tinted windows and ‘Scout’ badges on the front wings round off the exterior look.

Inside, the seats feature new covers with black-brown contrasting seams and they are all embroidered with ‘Scout’ logos, while the multifunction leather steering wheel, pedals with stainless steel elements and an LED package that includes ambient lighting complete the standard equipment.

Naturally, and unlike the regular Karoq, the Scout is only available with all-wheel drive as standard. 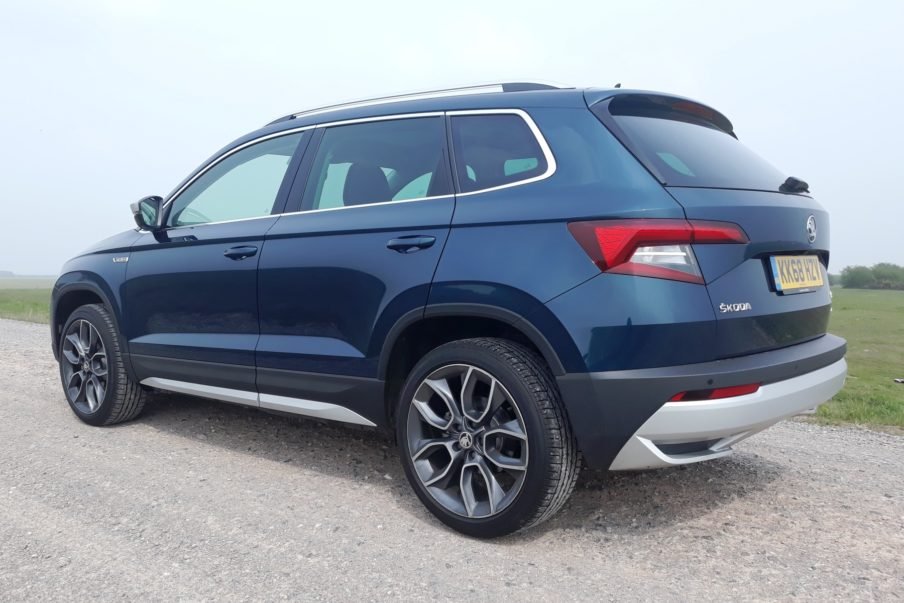 Not dissimilar to its VW Group cousins, the Seat Ateca and Volkswagen Tiguan, we’re big fans of the Karoq and gave it a glowing review at launch in early 2018.

Replacing the much-loved if quirky Yeti, the Karoq may not have the same personality, but it is a solid, safe, spacious, comfortable and practical mid-sized SUV choice, backed up by Skoda’s reputation for dependability. 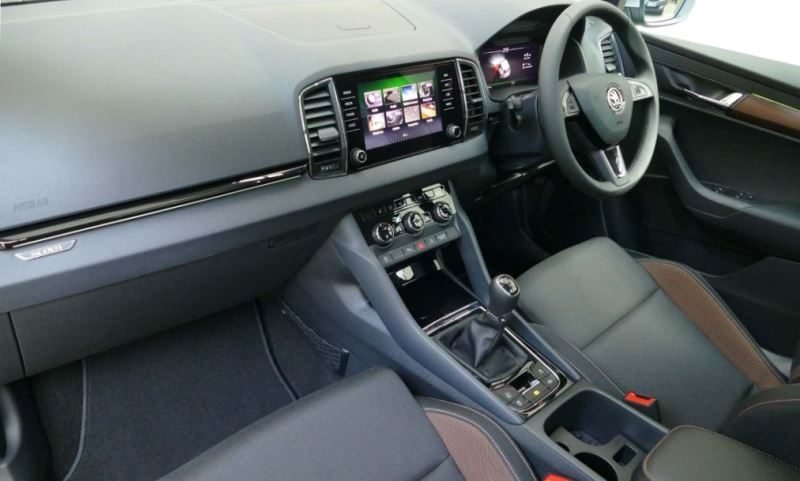 The Scout is well equipped with a list of goodies as long as your arm. For instance, there’s an 8.0-inch touchscreen infotainment screen with voice control and Apple CarPlay, Android Auto and Mirrorlink connectivity, Skoda’s ‘Varioflex’ back seats and a drive mode selector with an Off-road function (it allows you to maintain a constant speed when tackling steep descents) and foldable rear-seat tables.

There are two 148bhp Karoq Scout turbo engine options – a 1.5-litre petrol (badged TSI), which only comes with a seven-speed automatic (DSG) gearbox, and a 2.0-litre diesel (also available with a six-speed manual transmission). 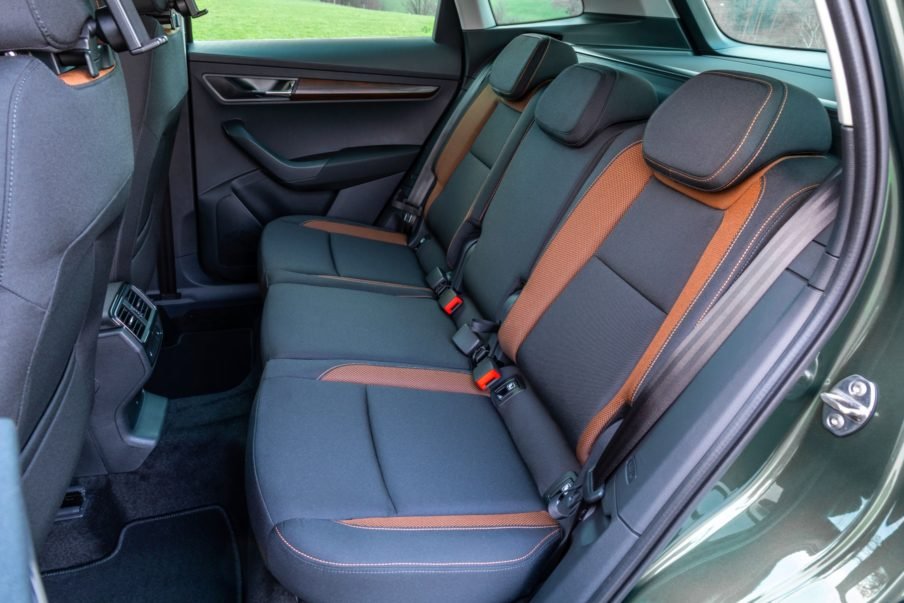 All units have a top speed of 122mph and the diesel is a fraction faster than the petrol registering a 0-62mph time of 8.9 seconds (compared to 9.1secs).

Ultimately your choice of diesel or petrol will come down to whether you spend your time munching miles on the motorway or nipping around town and country. 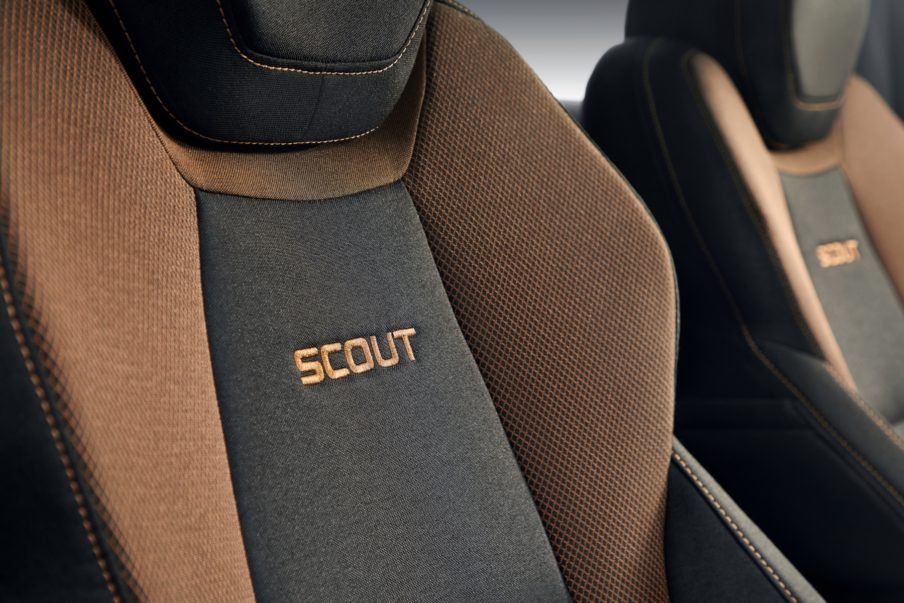 The Scout drives pretty much the same as standard 4×4 version of the Karoq, because the fact is that there’s nothing different mechanically – not even a raised ride height.

That said, it’s no bad thing because the Karoq is easy to drive with light steering and it feels safe, secure and comfortable. 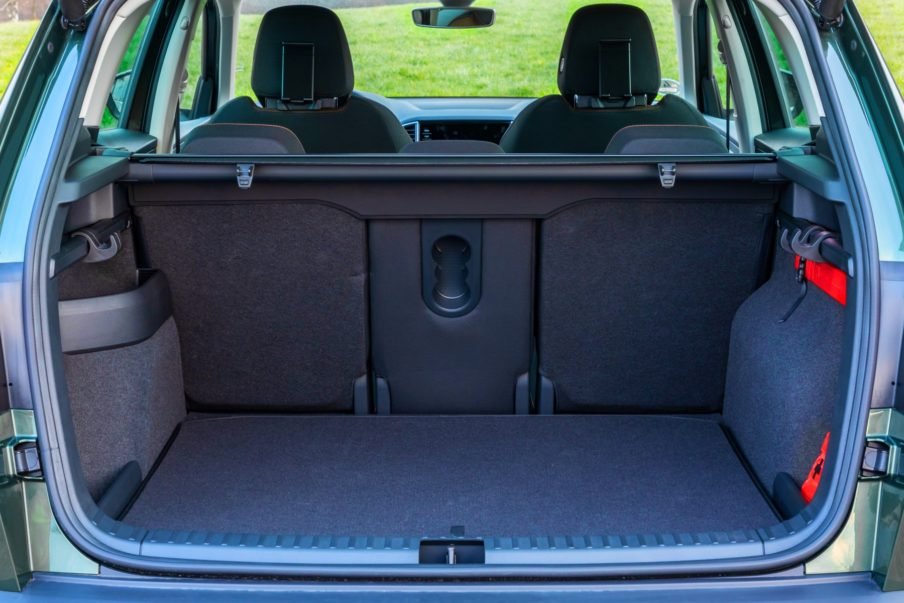 There’s a little body roll, but it’s well controlled. The ride is good on smoother surfaces, but can get a little bouncy on more challenging roads, while the cabin is pretty refined.

The manual gearbox is fine, but given the option I’d go for the excellent VW Group DSG auto. Real world fuel economy of around 40mpg is slightly disappointing.

Inside, it has a quality feel with plenty of soft-touch plastics, while the driving position is comfortable and commanding. The dashboard, switchgear and centre console are well laid out and will be familiar to Skoda buyers.

There’s plenty of room up front and in the rear for adults and there are loads of storage spaces. Thoughtful touches include an ice scraper housed inside the fuel filler cap, an umbrella under the front passenger seat, folding rear tables and a removable LED torch in the boot. Oh, and the ‘Skoda’ puddlelight is particularly impressive . 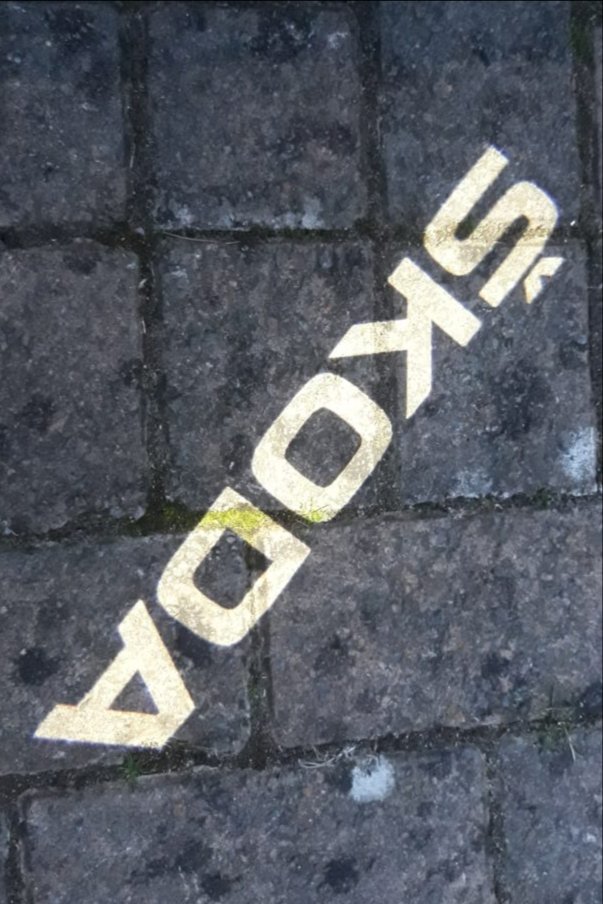 As you’d expect from Skoda, the boot is generous. Luggage capacity is 521 litres and the boot expands to 1,630 litres with the rear seats folded down. Thanks to the Varioflex seating system, the three separate rear seats can be individually adjusted or completely removed to create a maximum load volume of 1,810 litres.

As with many all-wheel drive vehicles, it’s only in the wet that you notice the difference thanks to increased levels of traction in corners and better overall grip, especially when accelerating. Then there are those few days of the year during extreme weather conditions when 4x4s come into their own. 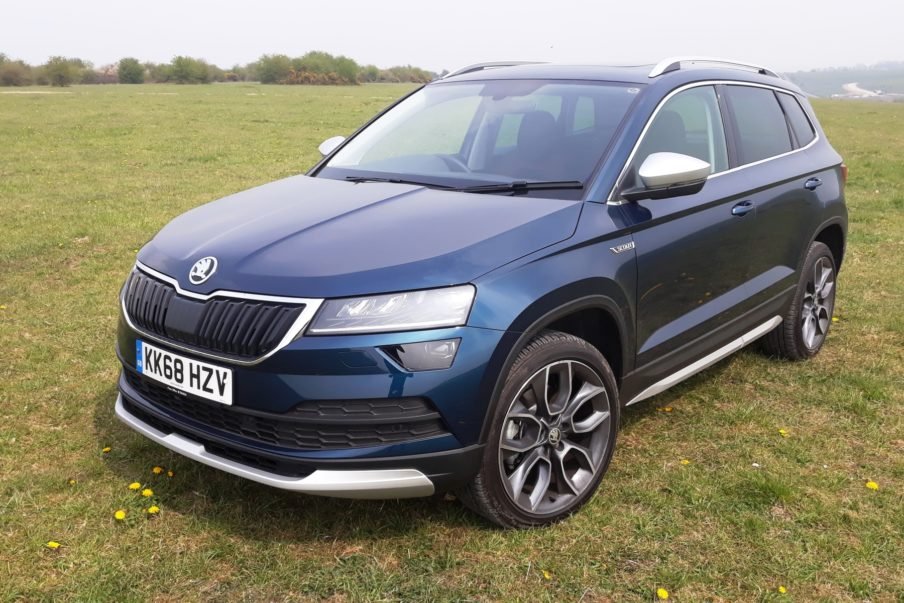 And if you still want an all-wheel drive Karoq, you have to ask yourself whether it’s worth paying the premium for the Scout over a 4×4 version lower down the range. Yes, it looks good with those rugged exterior additions, but it’s basically the same car.

Verdict: The Skoda Karoq Scout doesn’t just look cool – it’s also a safe, practical and comfortable family SUV that can cope when the going gets tough.