When Kia launched the third generation Ceed family hatchback in 2018, it was a big step up from the previous model.

In line with the South Korean’s car maker’s swift move up the rankings, the new Ceed improved in every way. So much so that it’s now a genuine rival to the class-leading Ford Focus and Volkswagen Golf.

Backed up by a tempting seven-year warranty and Kia’s hard earned reputation for reliability and all-round customer satisfaction, the only thing missing from the Ceed range was a hot version. Until now. 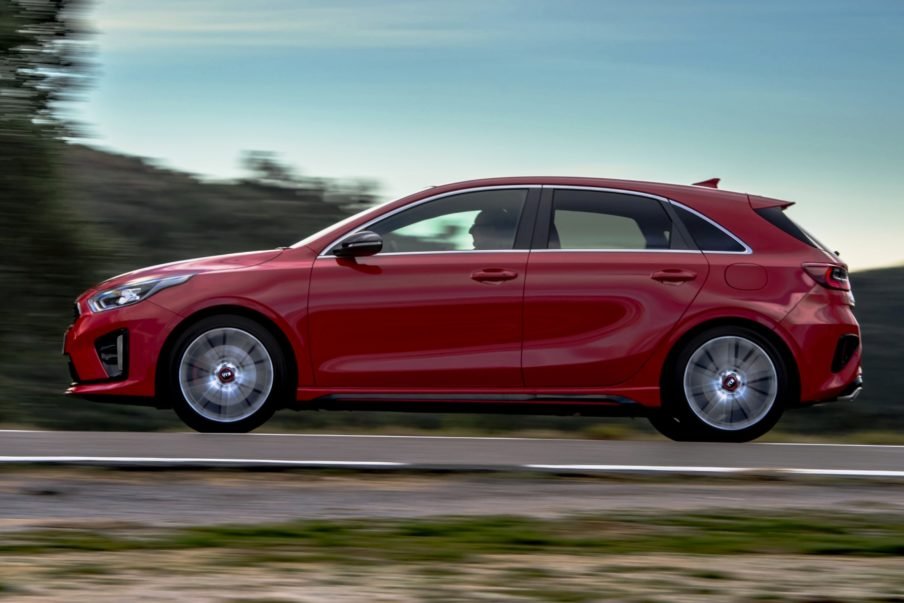 The five-door Ceed GT may be more warm than hot, but it will do very nicely thanks.

To be fair, it’s clearly not pitted against the more powerful 2.0-litre offerings from Volkswagen (Golf GTI), Honda (Civic Type R) and Hyundai (i30N), instead competing with more everyday sporty hatches such as the Vauxhall Astra SRI and Peugeot 308 GT. 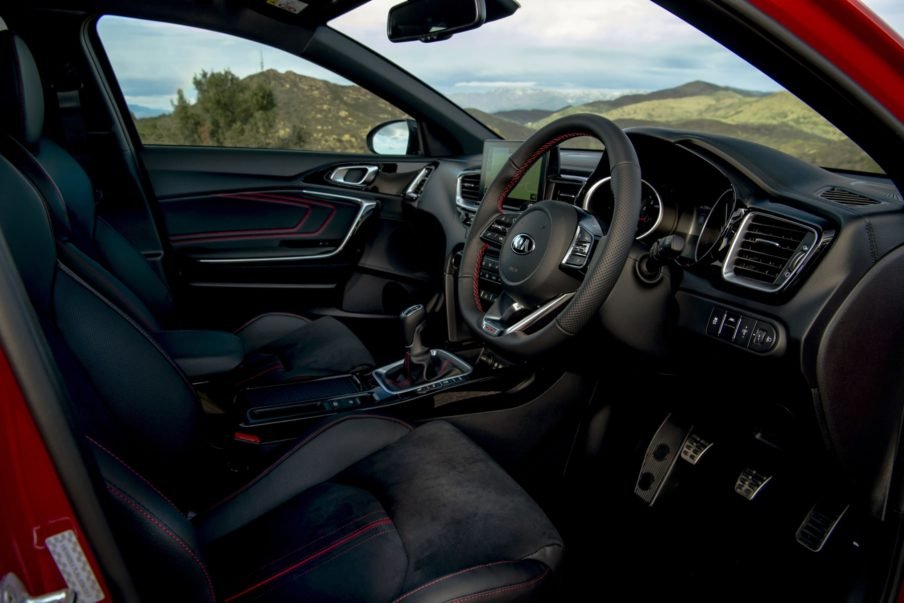 The regular Ceed is a good looking car and the GT is naturally a little sportier with larger air intakes at the front and darker chrome detailing around the car – as well as 18-inch alloy wheels and a lower ride height.

That continues inside the cabin where dark, soft-touch materials are used widely, while the sports seats are trimmed in black leather and suede with red stitching. There are also aluminium pedals and the flat-bottomed steering wheel is trimmed in leather.

The look and feel up front will be familiar to Kia owners with an attractive, sensibly designed dashboard complete with an 8.0-inch floating infotainment touchscreen, with Apple CarPlay and Android Auto functionality, plus air conditioning controls below dominating the centre console. 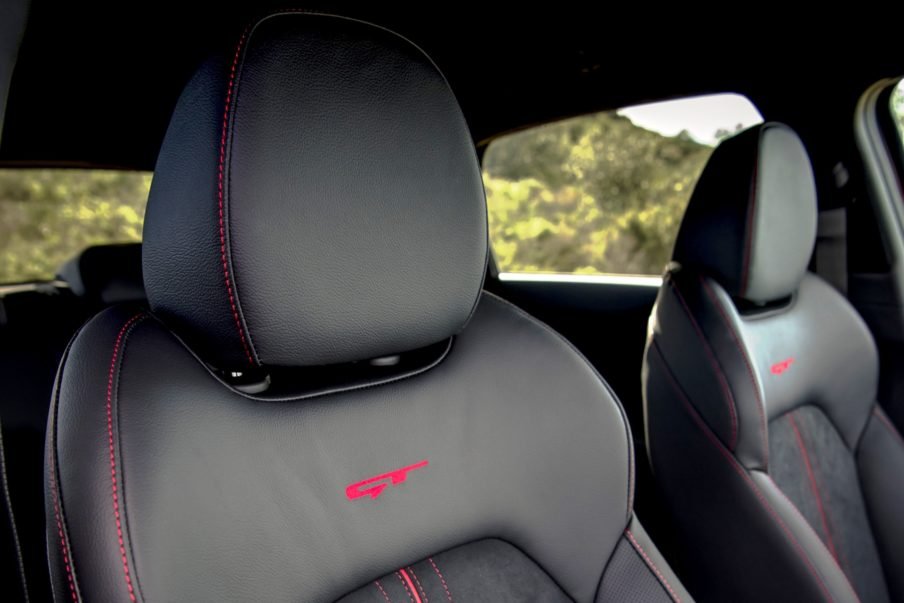 There’s plenty of room up front and the seats are both comfortable and supportive. Rear passengers won’t be disappointed either, enjoying decent legroom, though opting for the sunroof does eat into the headroom so try before you buy. The 395-litre boot is easily accessible with a low loading lip, and it expands to 1,291 litres with the 60:40 rear seats folded.

Press the Start button and it sounds surprisingly good – even fruitier in Sport mode. And unlike some rivals, the exhaust note is not too obtrusive, making it far more acceptable on longer journeys.

There’s enough power to have fun, but equally it’s just as happy cruising along. For the record, CO2 emissions are 163g/km and fuel economy is a claimed 38.2mpg, but that would require considerable restraint. 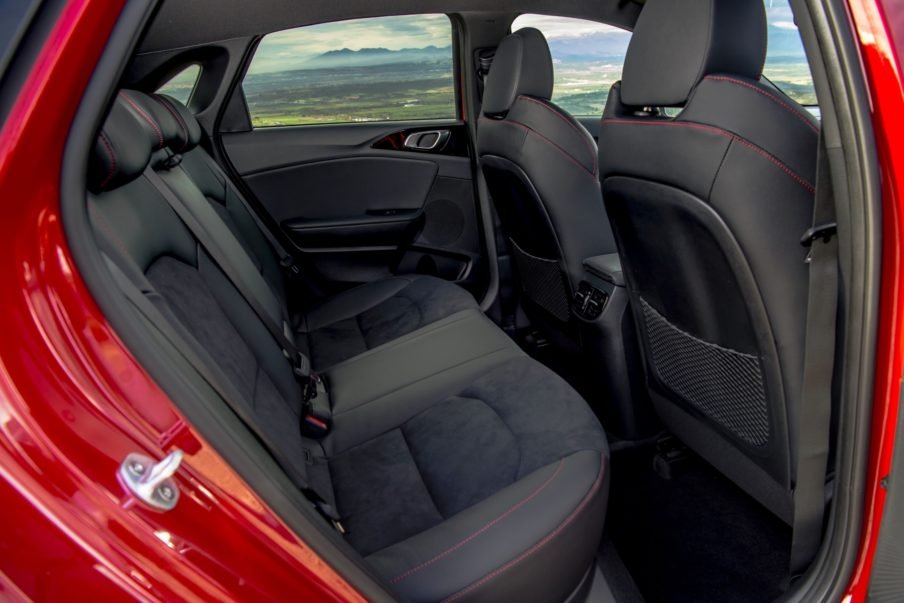 Kia has developed the Ceed GT specifically for European roads and says it has fine-tuned suspension to provide a more engaging drive, while torque vectoring by braking is also fitted to improve cornering, and it’s fitted with Michelin Pilot Sport 4 tyres to help with traction.

The end result is an agile car that handles well, with a ride that’s on the firm side, but is still comfortable.

The Ceed GT stays flat in corners and offers plenty of front grip, steering is precise and it’s fast in a manageable kind of way. Kia has also upgraded its brakes, so there’s plenty of stopping power. 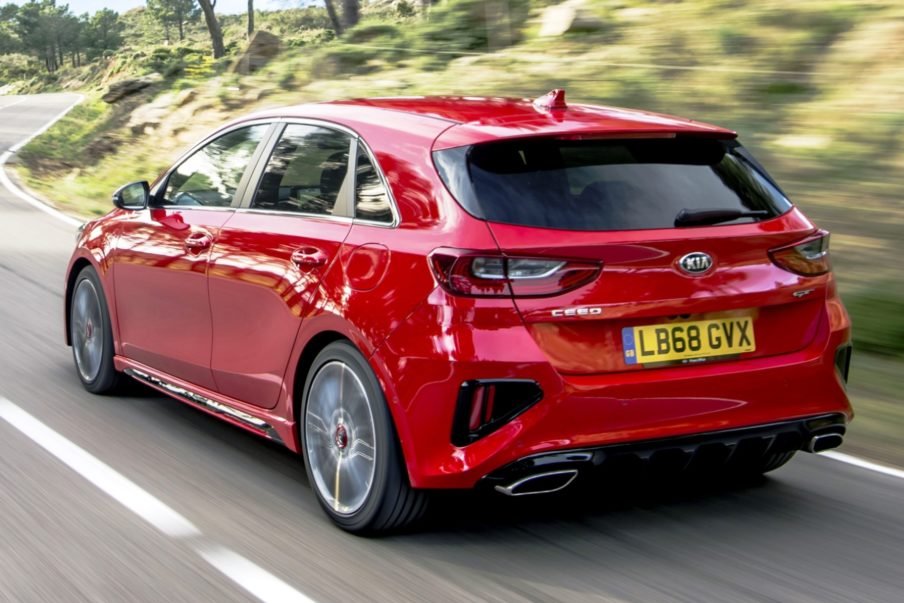 The standard six-speed manual gearbox isn’t the slickest and it could do with a shorter throw, but it’s light and precise, though given the choice, I’d opt for the seven-speed dual-clutch automatic.

There’s also Lane Following Assist which detects road markings to keep the car in its lane on the motorway. The system also uses radar sensors to control acceleration, braking and steering, to maintain a safe distance from the vehicle in front. 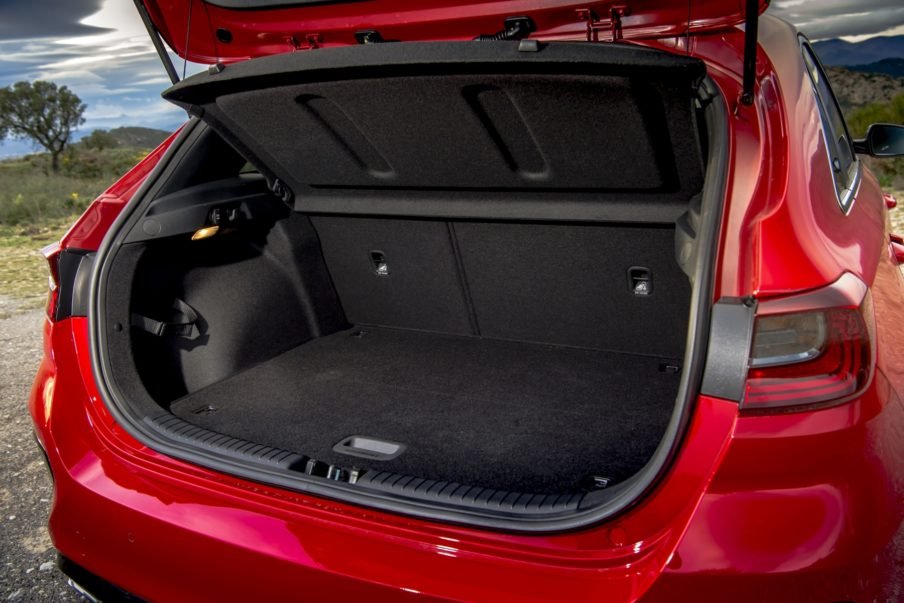 Verdict: The new Kia Ceed GT offers a refreshing blend of performance and practicality from a dependable brand that’s growing up fast. It’s generously equipped, entertaining to drive and boasts serious kerb appeal, but is up against some serious competition. 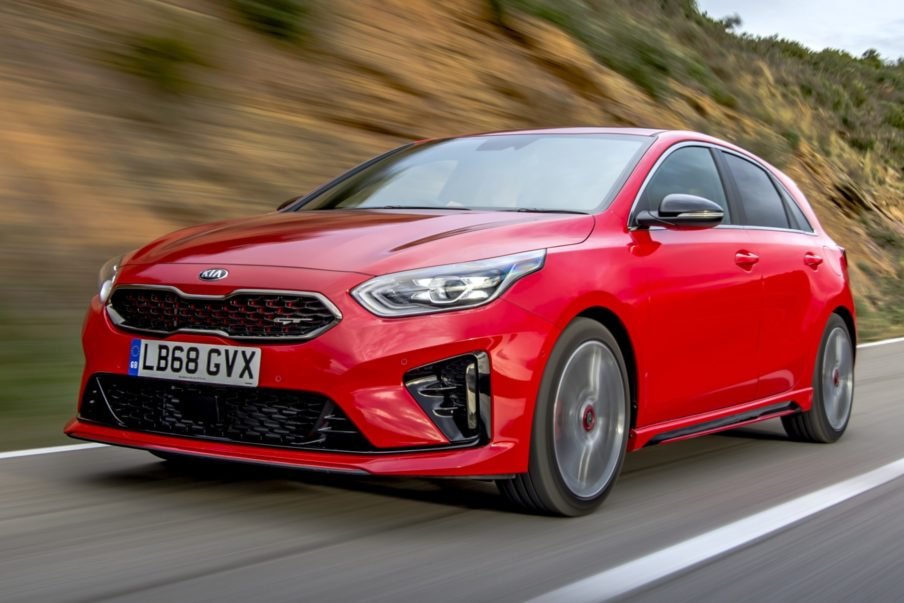