Subaru Imprezas can be divided into two groups: the technically interesting but otherwise straightforward saloons, hatchbacks and estates which have been sold for over a quarter of a century, and the high-performance models with powerful turbocharged petrol engines. The latter have attracted more passionate interest thanks to their success in the World Rally Championship, where they took over from the larger Legacy model in the mid 1990s, and in many lower levels of competition. As Mitsubishi did with the Evo, Subaru gained enormous publicity through rallying the Imprezas, though – also like Mitsubishi – it no longer uses motorsport as part of its global marketing strategy. 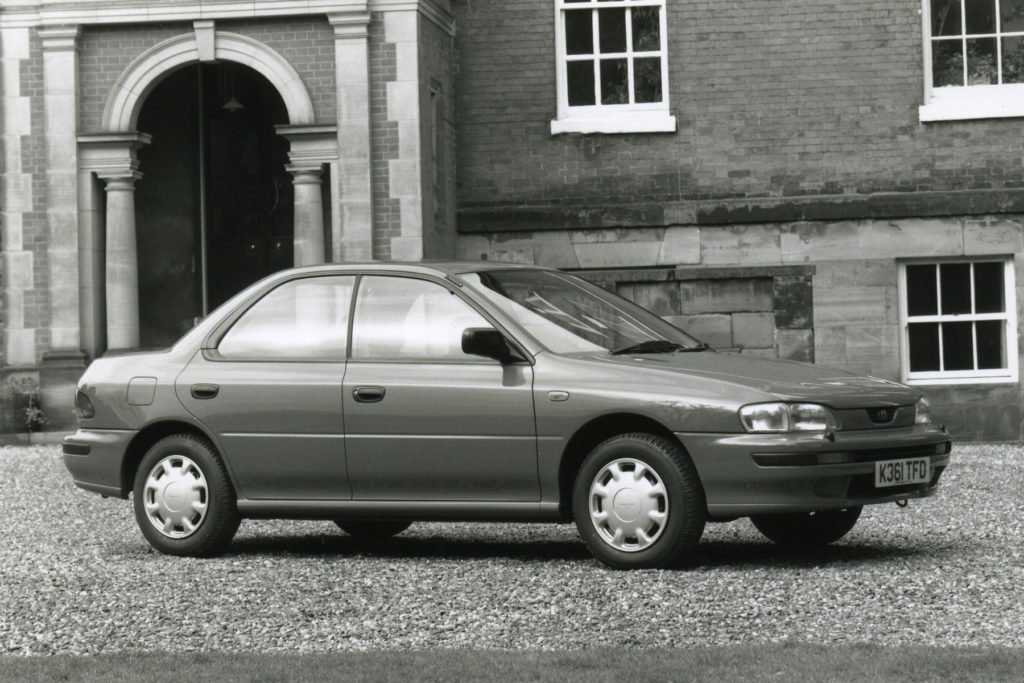 From the start, Imprezas have had ‘boxer’ engines (whose low centre of gravity is very useful) and, with only a few exceptions, four-wheel drive. The first cars were launched in 1992, at a time when Subaru had quite a low profile outside Japan. 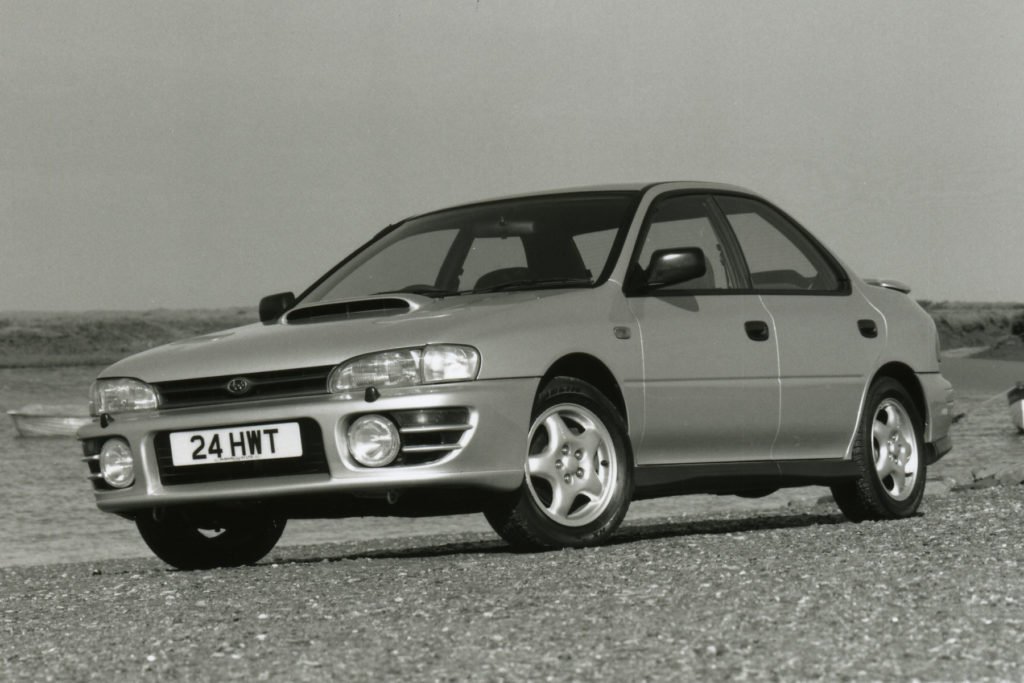 High-performance versions were initially known in the UK simply as Impreza Turbo 2000 and were available with both saloon and estate body styles. The estates were more practical, but the stiffer structure of the saloons meant they handled noticeably better when driven hard. 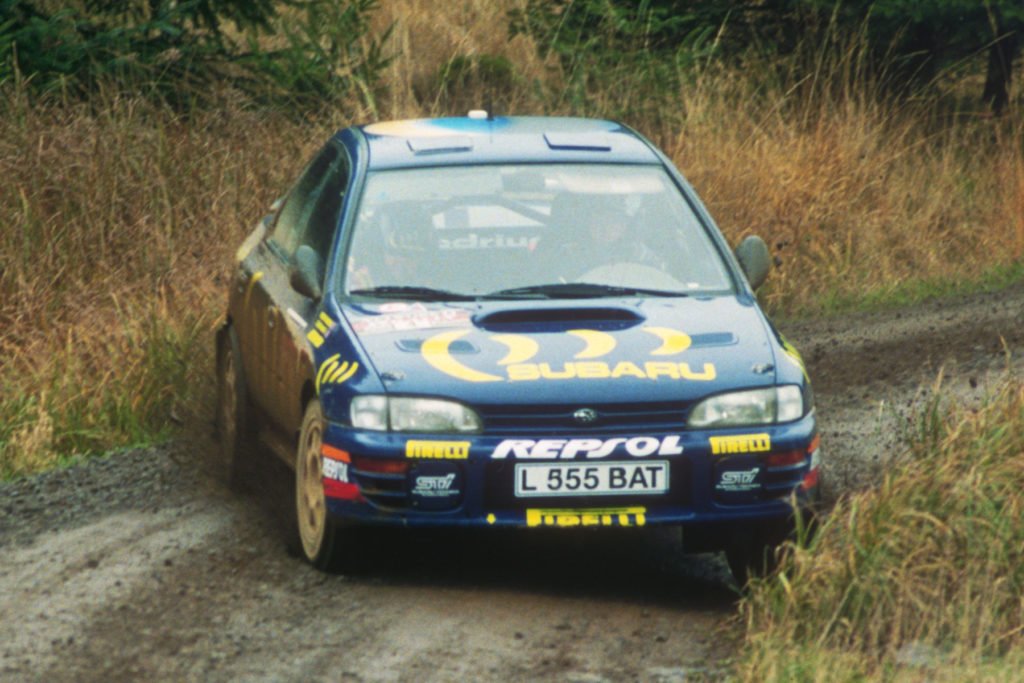 The value of rallying

Participation in motorsport boosted the Impreza’s popularity very quickly. It first appeared in the World Rally Championship in 1993, and won its first event (the Acropolis Rally in Greece) the following year in the hands of Carlos Sainz. Sainz and his team-mate Colin McRae battled hard in 1995 and came into the final, British round level on points. McRae won the event (as he had done in 1994), and with it his only World Championship title and the first for a British driver. 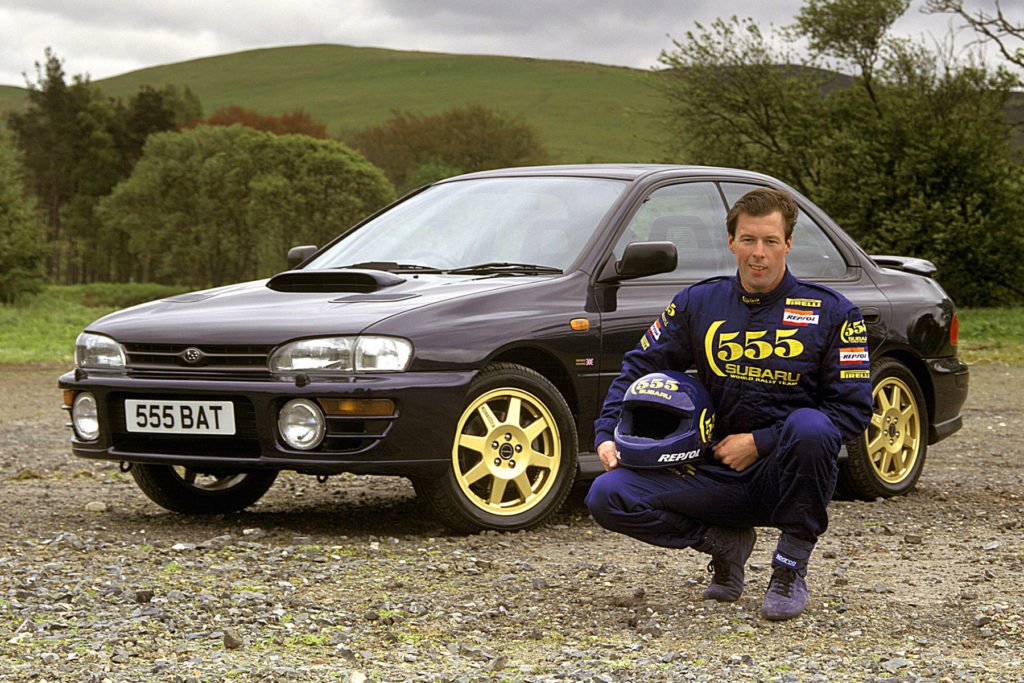 As manufacturers often do, Subaru marked its motorsport success by producing a special edition of the standard road car. The Series McRae featured dark blue paintwork and gold wheels, which remained the classic colour scheme of hot Imprezas for many years. 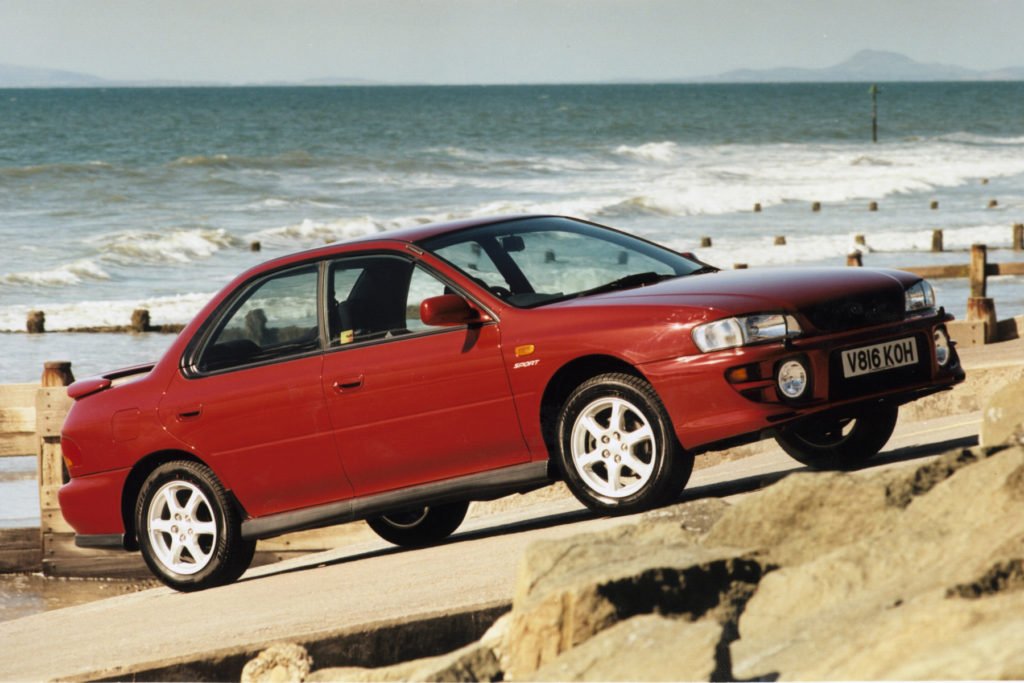 Although the turbo cars are more exciting, it’s worth remembering that non-turbo Imprezas could be great to drive too. One excellent example is the Sport launched in 1997 and easily recognised as a non-turbo because it did not have an air intake on the bonnet. Essentially a GL with front foglights and slightly different wheels and tyres, it produced a maximum of just 116bhp, far short of the 200bhp which even the least powerful turbos could manage. Despite being slow in a straight line, however, it handled absolutely beautifully thanks to the low centre of gravity shared by all Imprezas and soft but well-damped suspension. 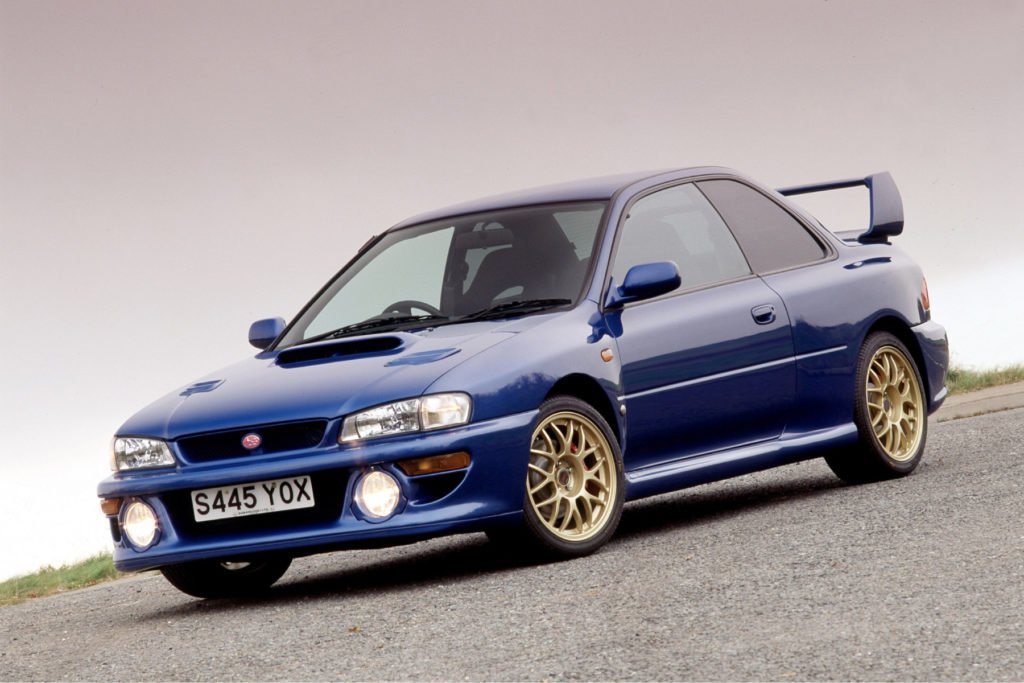 One of the best-loved Imprezas of the 20th century was the 22B special edition. It had wider than usual bodywork and uprated suspension and brakes. Its engine, enlarged by 10% to 2.2 litres, officially produced 280bhp, the agreed maximum figure for Japanese performance cars at that time. 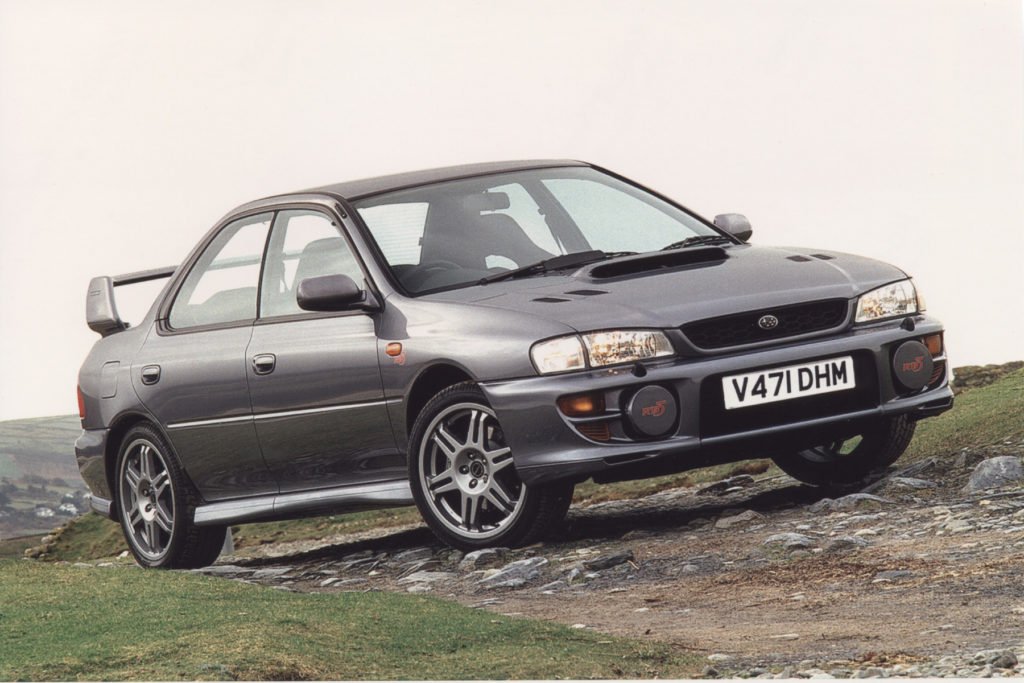 Another fast Impreza produced in small numbers was the RB5 of 1999. Less powerful than the 22B or the later P1, it was still pretty quick, especially if fitted with the optional Prodrive Performance Pack, named after the British company which developed and ran the rally cars. RB stood for Richard Burns, who was employed by Subaru as a driver at the time and will make another appearance in our story shortly. 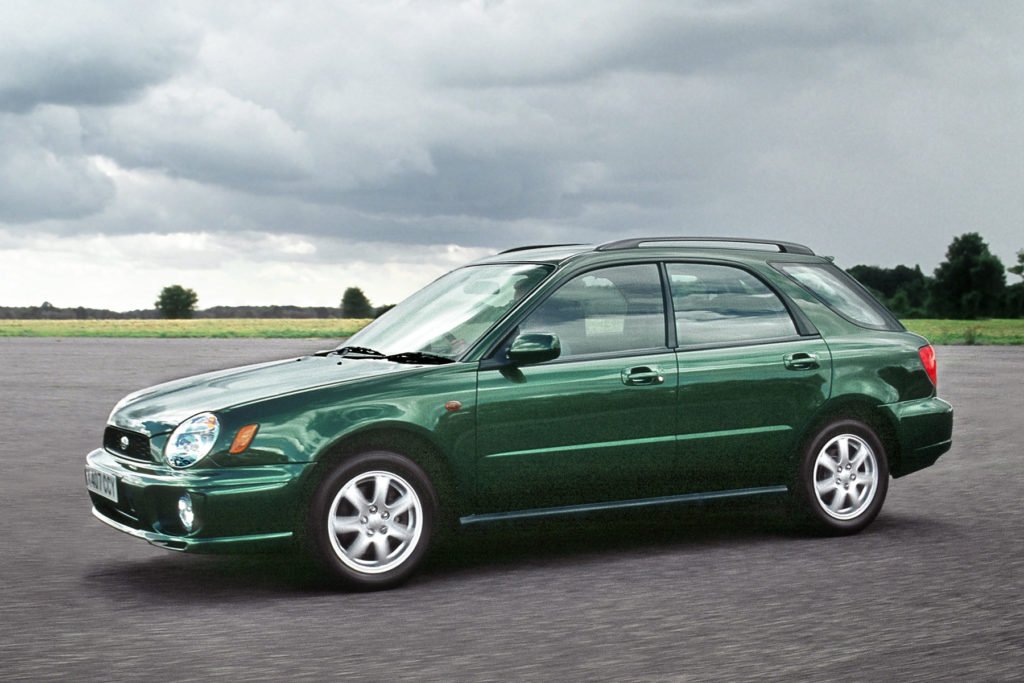 The original model was replaced by a slightly larger one in 2000. All versions had very distinctive headlights which were changed frequently and led to the car being given nicknames such as bugeye, blobeye and hawkeye. 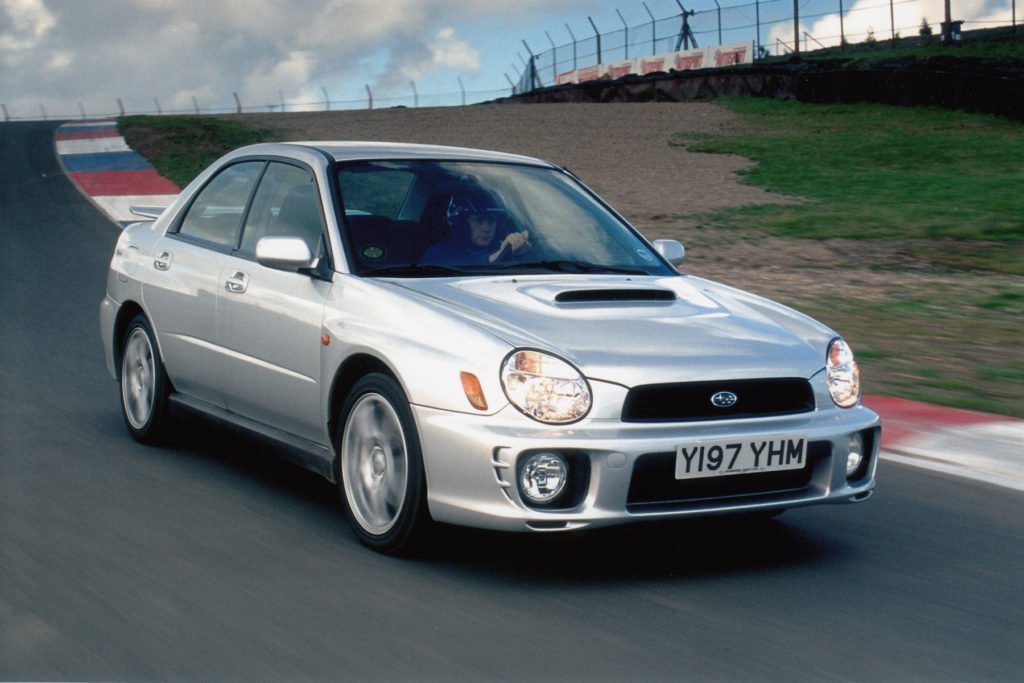 WRX had become the name for turbocharged Imprezas, with STI (Subaru Tecnica International) being added for the really fast ones. Subaru brought out a new WRX on an annual basis for a few years, some versions being noticeably better than others, and raised the engine capacity from two to 2.5 litres, though without much effect on the straightline performance. 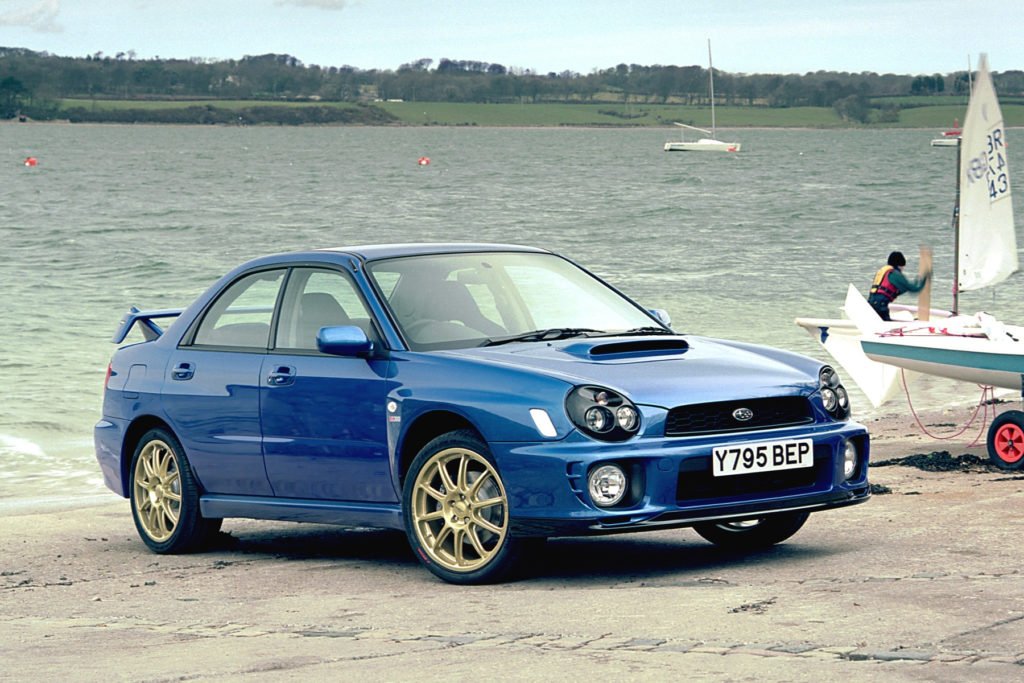 The first special edition of the new era was 2001’s UK300, sold only with the traditional blue and gold colour scheme. The power output of the engine – still a two-litre at this point – was 215bhp as standard or 245bhp with the Performance Pack. 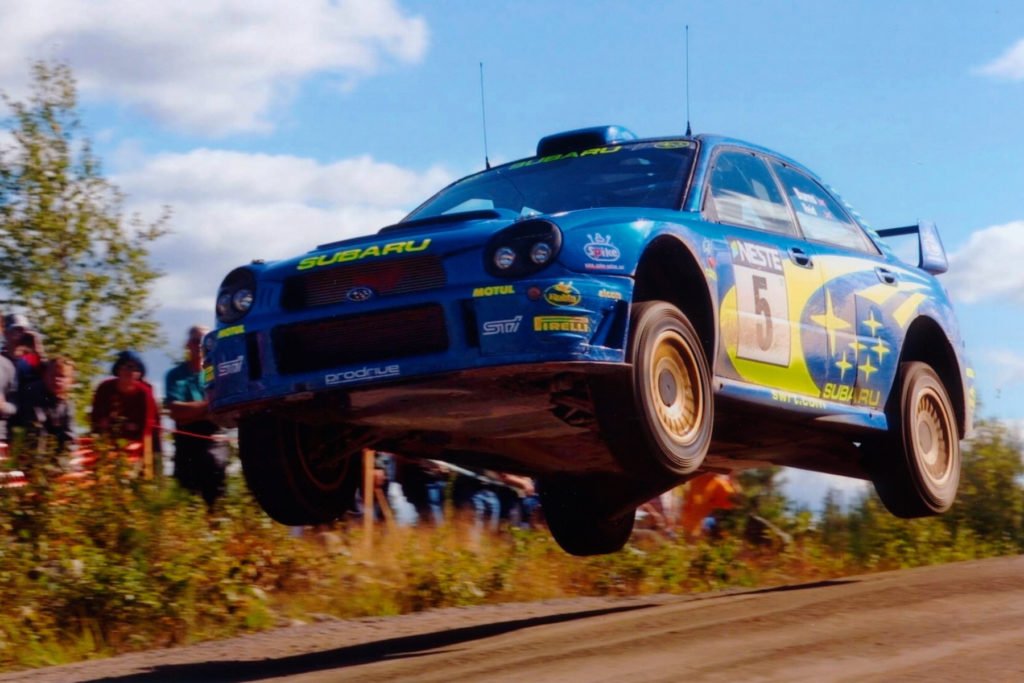 In 2001, Richard Burns, mentioned earlier, became the second of three Impreza drivers (after McRae and before Petter Solberg) to win the World Rally Championship. The secret to his success was consistency. He won only one round, compared with three each for his nearest rivals, but retired less often and finished on the podium more often than any of them. Burns later suffered a brain tumour and died at the age of 34, exactly four years after becoming World Champion. 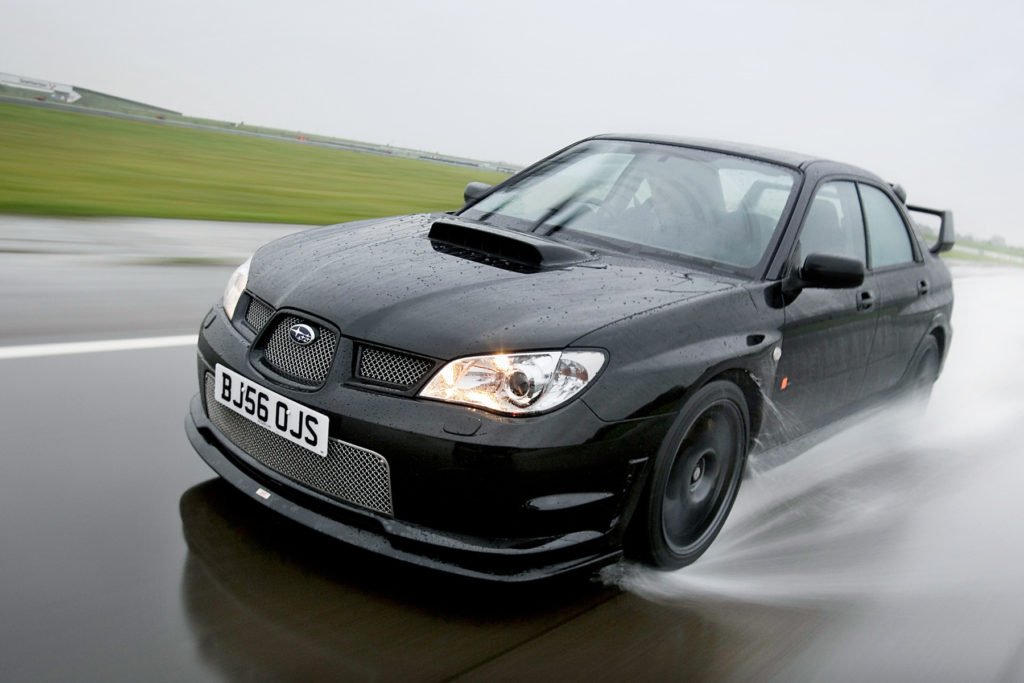 Burns was honoured after his death by the RB320, a special version of the STI. The initials were his own, and 320 referred to the increased power output of the engine in kilowatts (the equivalent of 316bhp) which you could already have in an STI if you bought the Performance Pack. The RB320 also had uprated suspension which, among other things, gave it a lower ride height than the standard car. 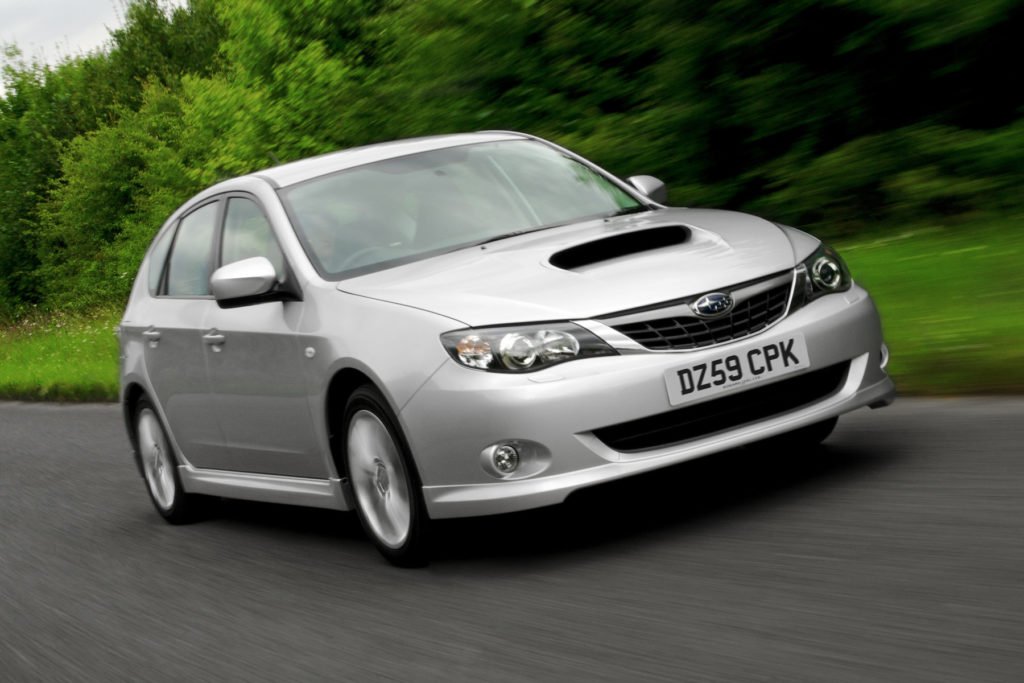 The third-generation Impreza, launched in 2007, was the first with a hatchback body style. This was the only option for UK buyers, who are more enthusiastic about hatchbacks than those in other countries. 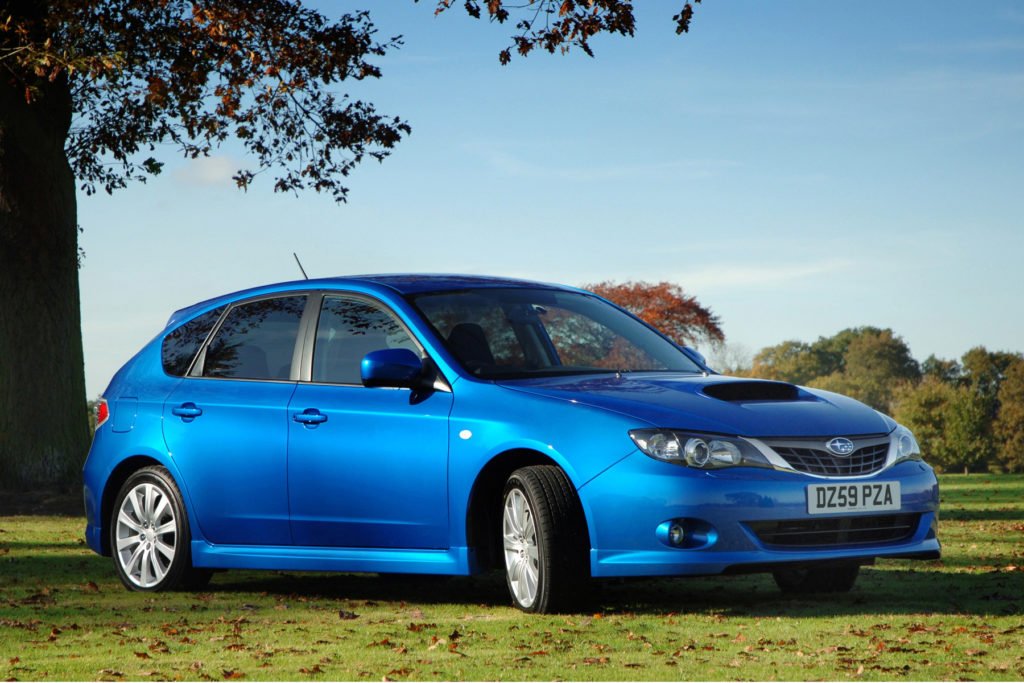 The first hot Impreza of this generation was slower than the WRX which immediately preceded it, despite lower gearing, and had inferior fuel economy and CO2 emissions. This was possibly due to aerodynamic drag, which is generally worse in hatchbacks than in saloons. The engine was mounted lower than before, and that helped the handling, but there was early criticism that Subaru’s fondness for soft suspension had been taken too far this time. Subaru responded by making the car firmer for the 2009 model year. 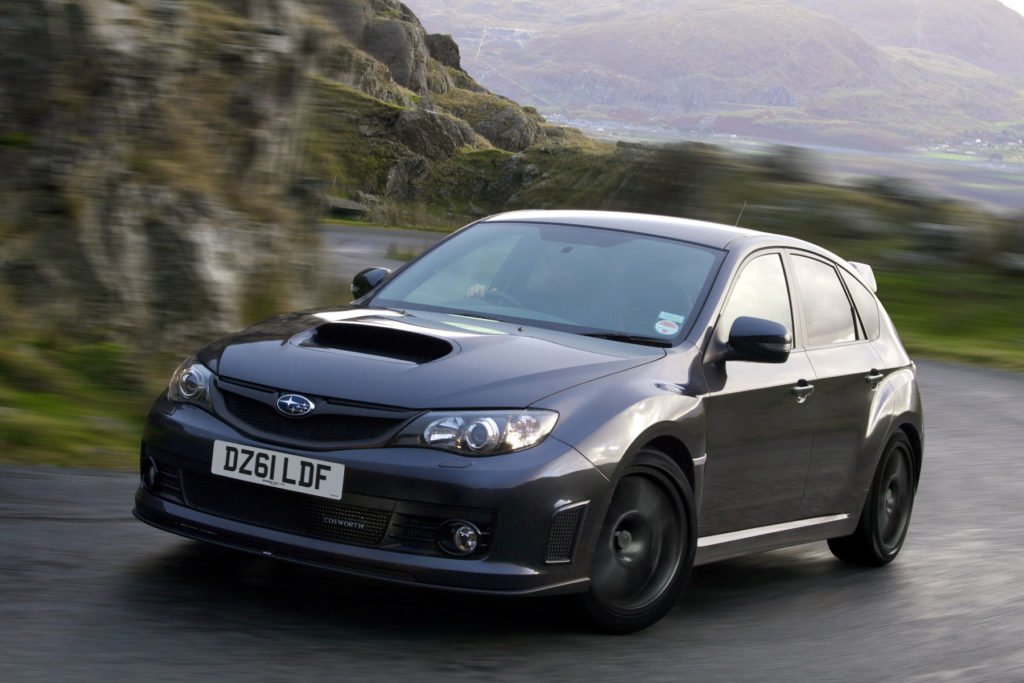 The last really powerful car to bear the Impreza name was the Cosworth STI CS400. Cosworth, the British company responsible for the most successful Grand Prix engine of all time, did all the development work, which included increasing the power output to 395bhp. The car, which cost just short of £50,000, had an official 0-62mph time of 3.7 seconds, though with a slicker gearchange it could probably have done better than that. 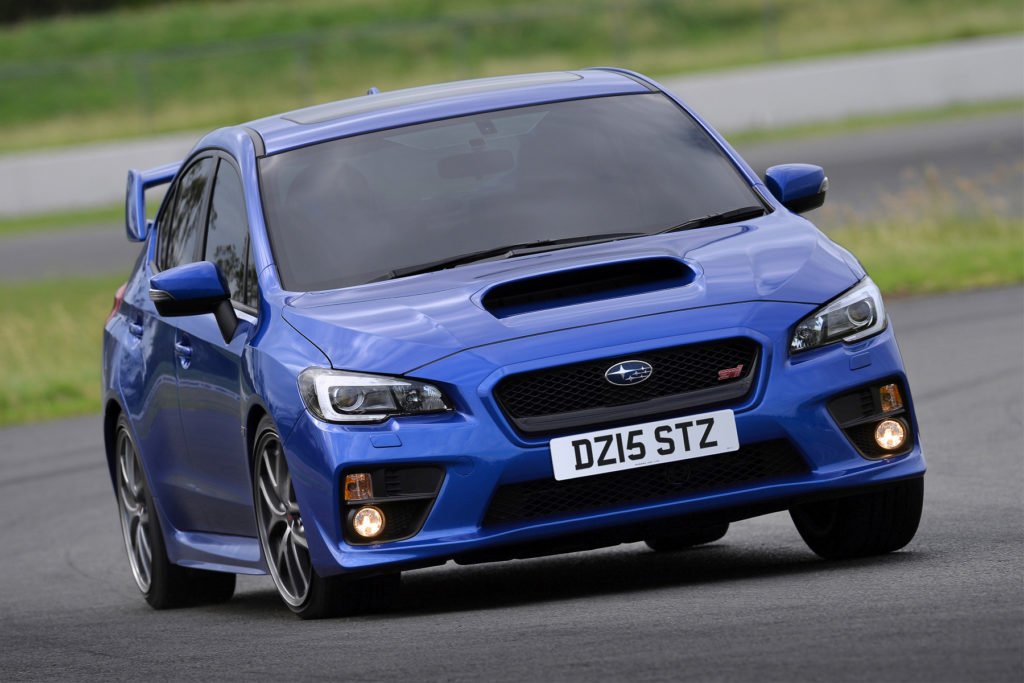 The Cosworth car was an anomaly because by the time it appeared Subaru had decided it would use the Impreza name only for diesel and non-turbo petrol cars. The last car in the series (so far) was known simply as the WRX STI. A Final Edition version went on sale in the UK in 2018. 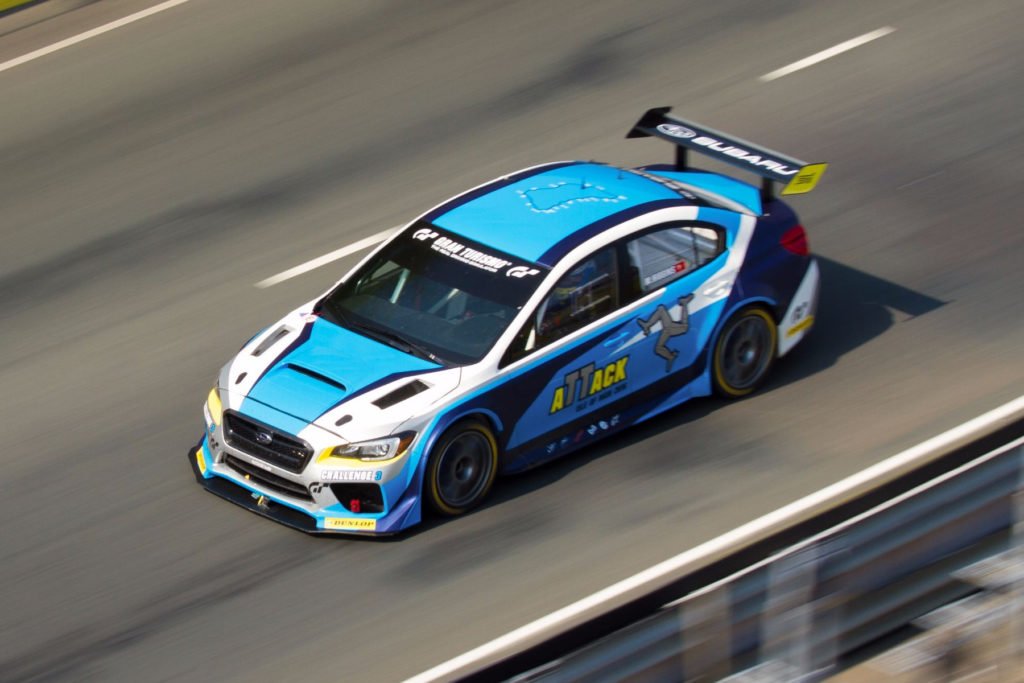 On the Isle of Man

Subaru has made successful attempts to break the car record on the Isle of Man TT course with the WRX STI. Local rally driver set a new mark in 2011 with a mildly modified car, and then demolished this five years later in a spectacularly powerful one prepared for competition. His 128mph average speed compares favourably with Peter Hickman’s current bike record of 135mph. 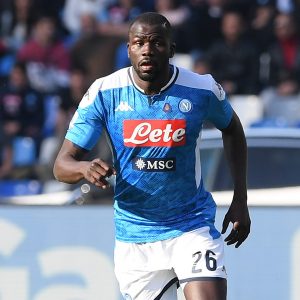 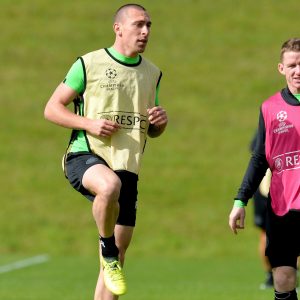 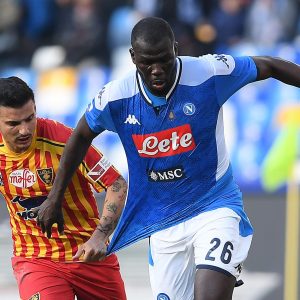