Half a century ago, Ford launched a car that many people found very desirable, and some still do. It was marketed as The Car You Always Promised Yourself, though it was sometimes referred to – not entirely unfairly – as a Mk2 Cortina in drag. Despite this, it was very popular, with sales of nearly two million, and is still remembered fondly. Here we look at the rise and fall of the Capri. 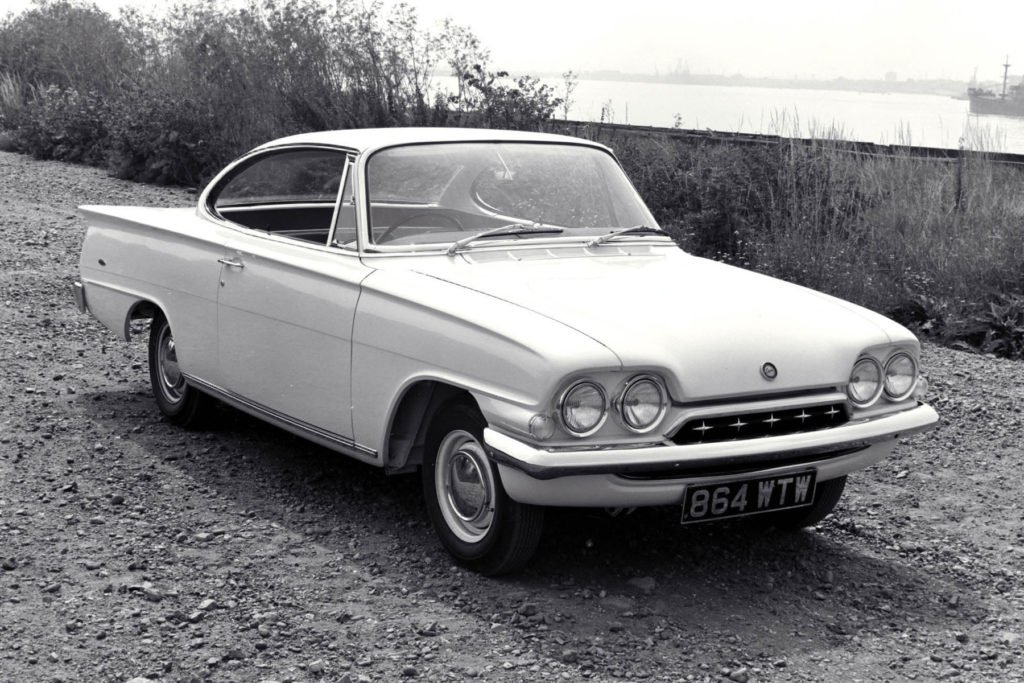 Ford had already used the Capri name (borrowed from an island in the Gulf of Naples to the west of Italy) before the model we’re looking at came along. The Consul Capri was the coupe version of the very American-looking Consul Classic. Both were produced in the early to mid 1960s but were not successful and are now very rare. 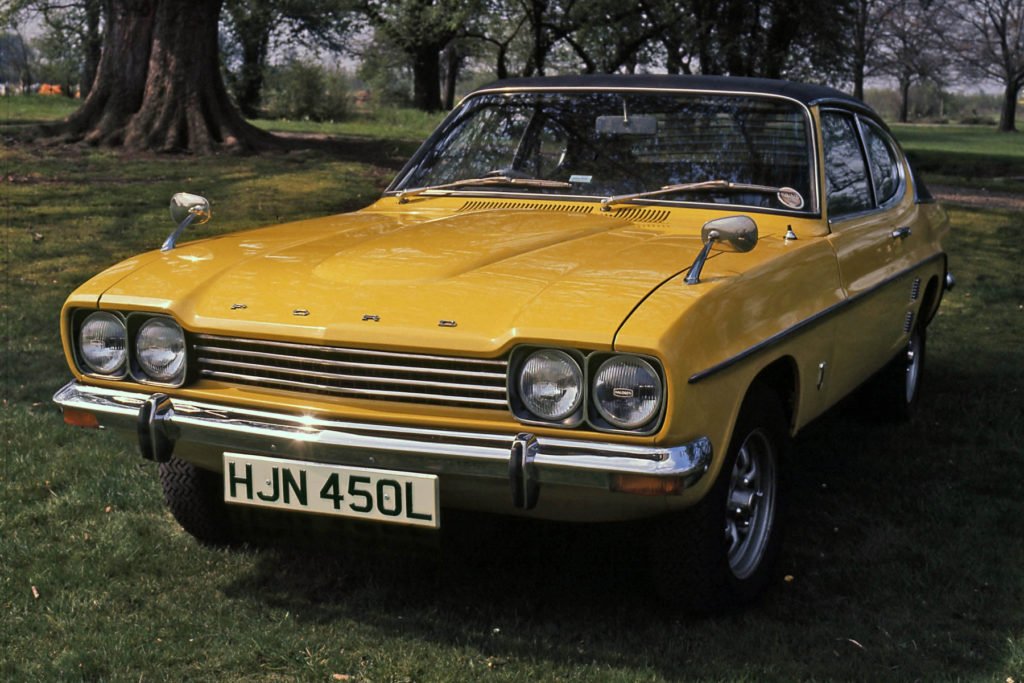 The Cortina-based car made its debut at the 1969 Brussels Motor Show and went on sale shortly afterwards. The range of engines was remarkably wide, and included everything from a 1,300cc four-cylinder to a three-litre V6. 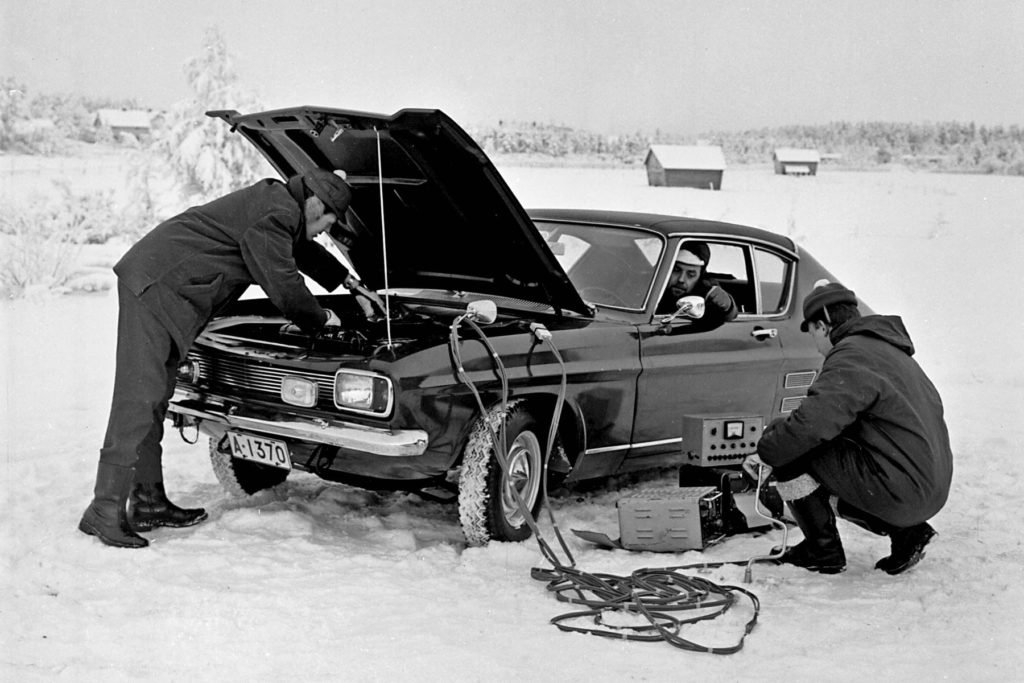 During its development, the Capri wasn’t called Capri at all. Ford referred to it as the Colt, a name which Mitsubishi had been using for production models since 1962. 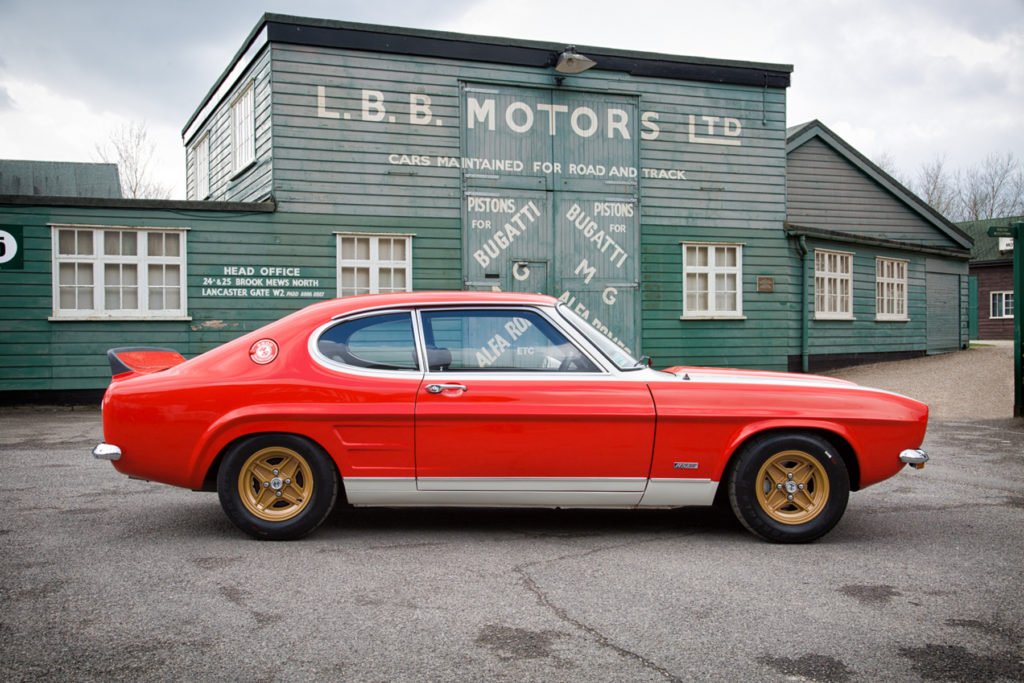 The first really high-performance Capri was the RS2600 (one of the very early Ford RS models, though not the first) which had a modified 2637cc version of the German Cologne V6 engine. Its purpose was to allow Ford to compete in the European Touring Car Championship, which it did with great success. Dieter Glemser and Jochen Mass won the title in 1971 and 1972 respectively, driving RS2600s. 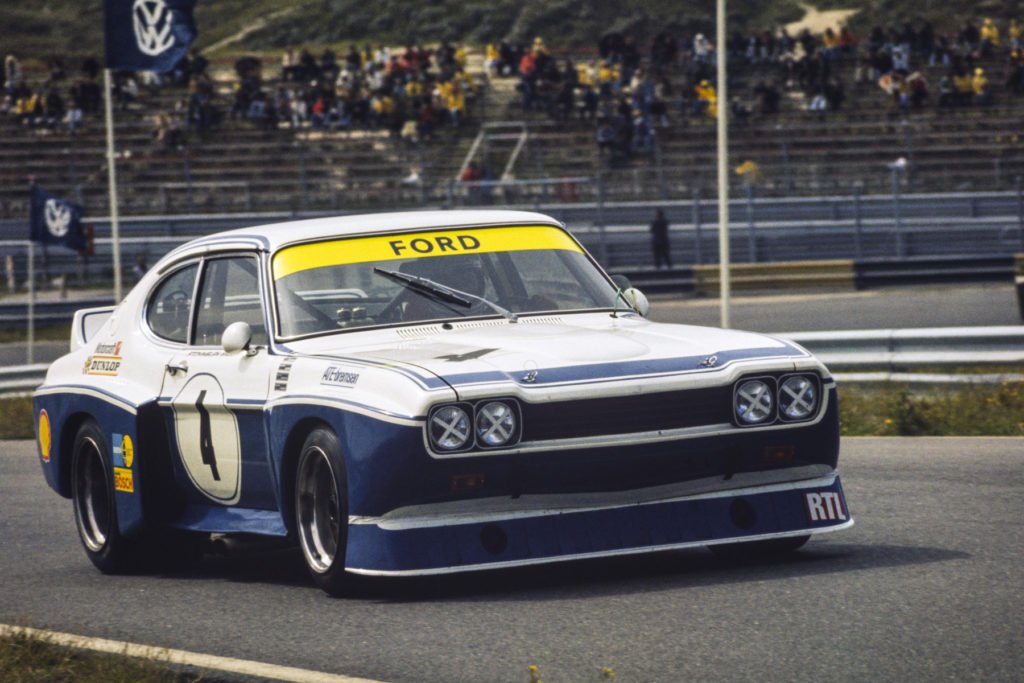 Motorsport was also the inspiration for the 1973 RS3100. This used Ford of Britain’s Essex V6 engine, enlarged very slightly to 3.1 litres. The Capri was therefore eligible to compete in the over three-litre touring car class, though not necessarily with the same engine. The racing cars were fitted with the Cosworth GAA, which was even larger at 3.4 litres. It was based on the Essex cylinder block but was very different in most other respects. 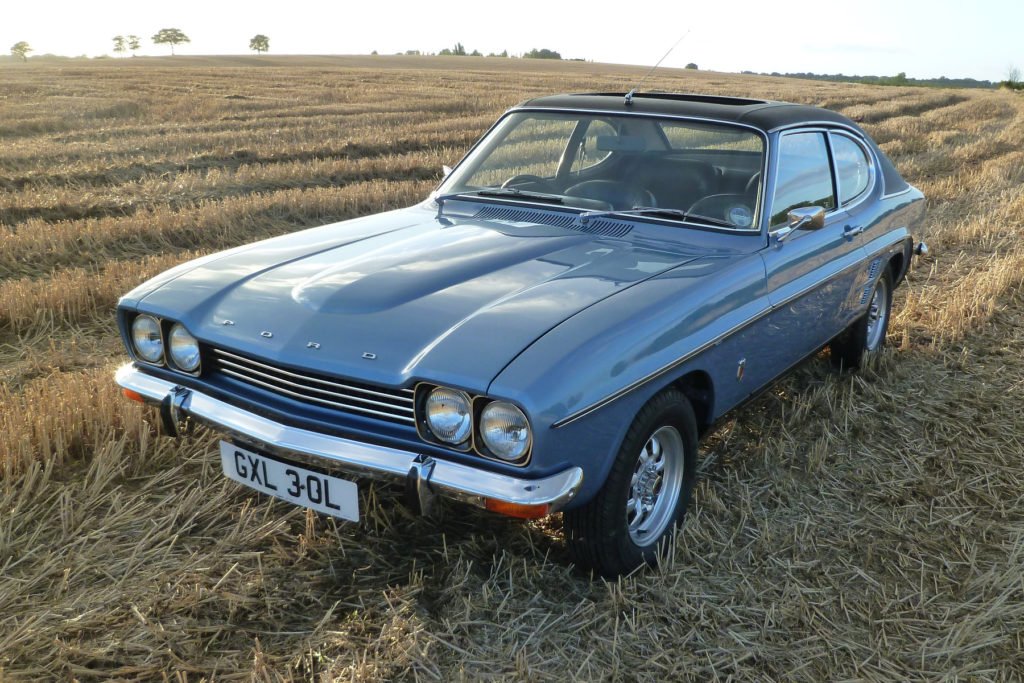 It took Ford just four years to sell one million Capris worldwide. The car would stay on the market for more than a decade after this, but the first-generation model was the most successful, accounting for over half the total production. 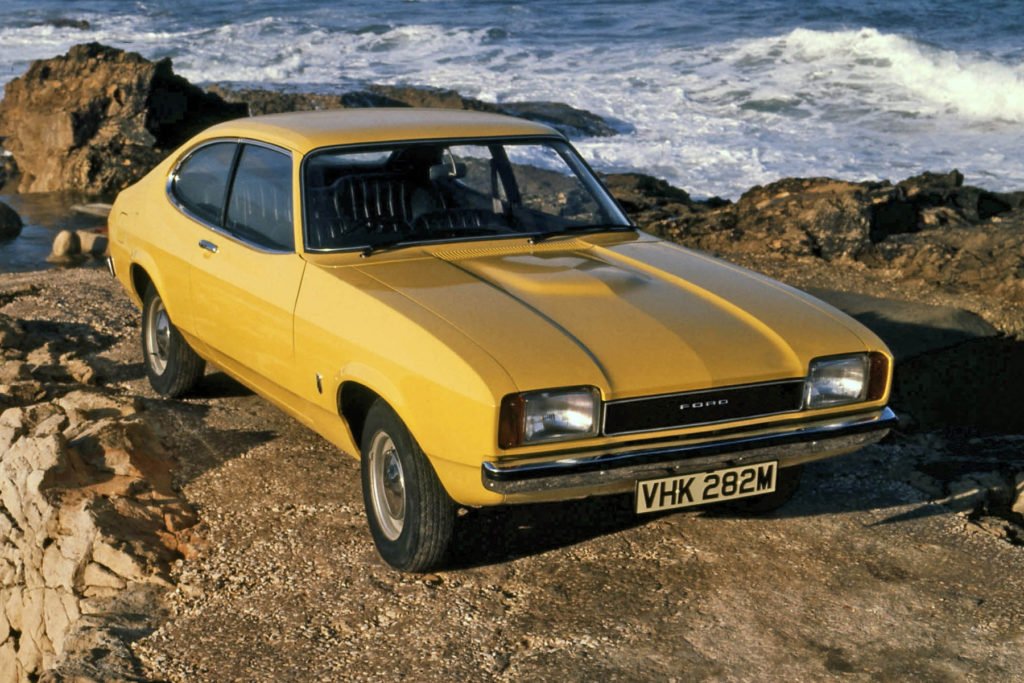 In 1974, Ford brought out a new Capri. It was technically very similar to the one it replaced, but also taller and wider and with a tailgate rather than a bootlid. In its original form, the MkII was in production for four years. 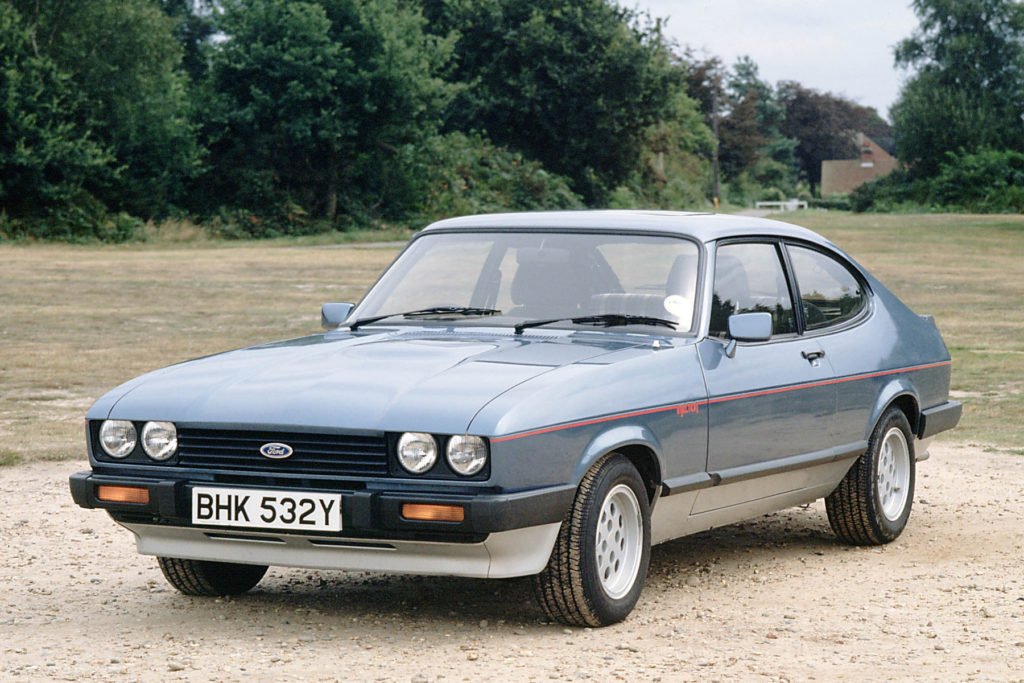 The car now referred to as the MkIII was again quite similar to the earlier models, but it had much more modern styling. The Essex engine, which dated back to 1966, was replaced by a fuel-injected 2.8-litre version of the Cologne V6. 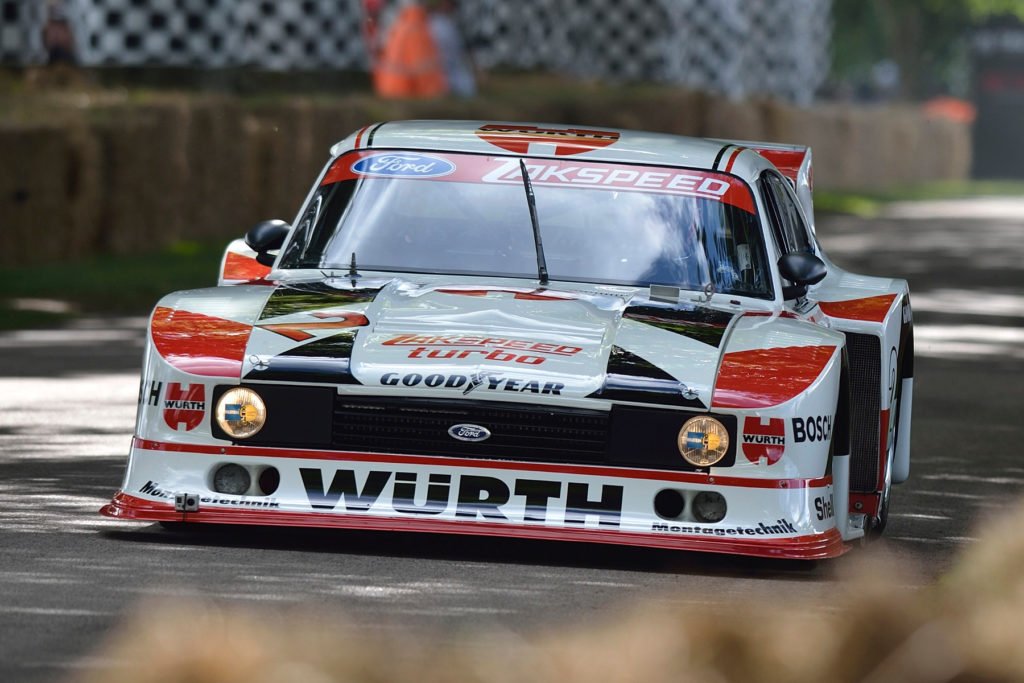 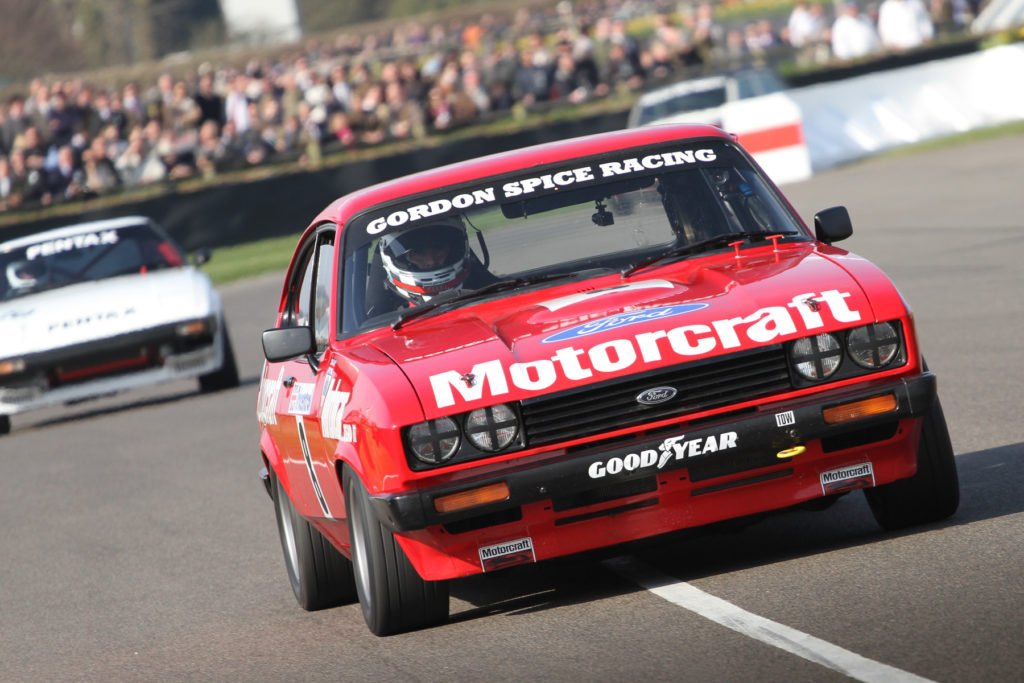 Capris were used in large numbers in the British Saloon Car Championship, as the British Touring Car Championship used to be known, until the maximum permitted engine capacity was raised from 3.0 to 3.5 litres, at which point the Rover 3500 became dominant. In a sense the Capri’s popularity worked against it. No one ever won the overall title in one because the championship had a class structure at the time, and success was more likely in a less powerful car running in a class with fewer rivals. 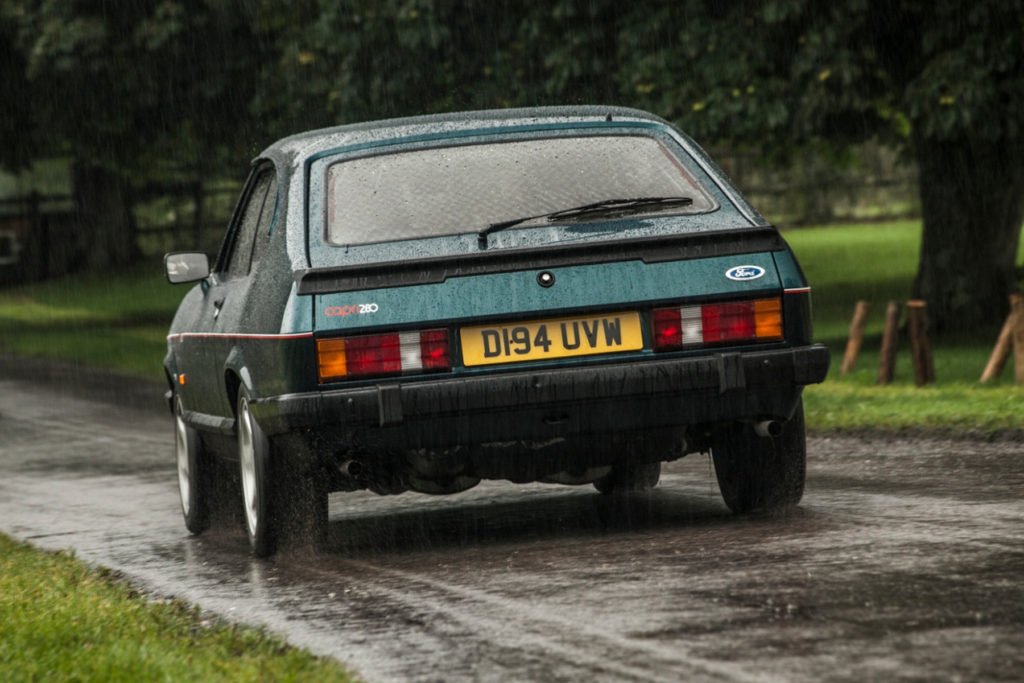 Last of the line

Production came to an end with the Brooklands, a special edition of the Capri 280. The very last car (pictured) was built in Cologne in December 1986, and is now part of Ford’s UK heritage collection. It is the 1,038th Brooklands and the 1,886,647th Capri, not including the Consul or the unrelated Australian Capri. 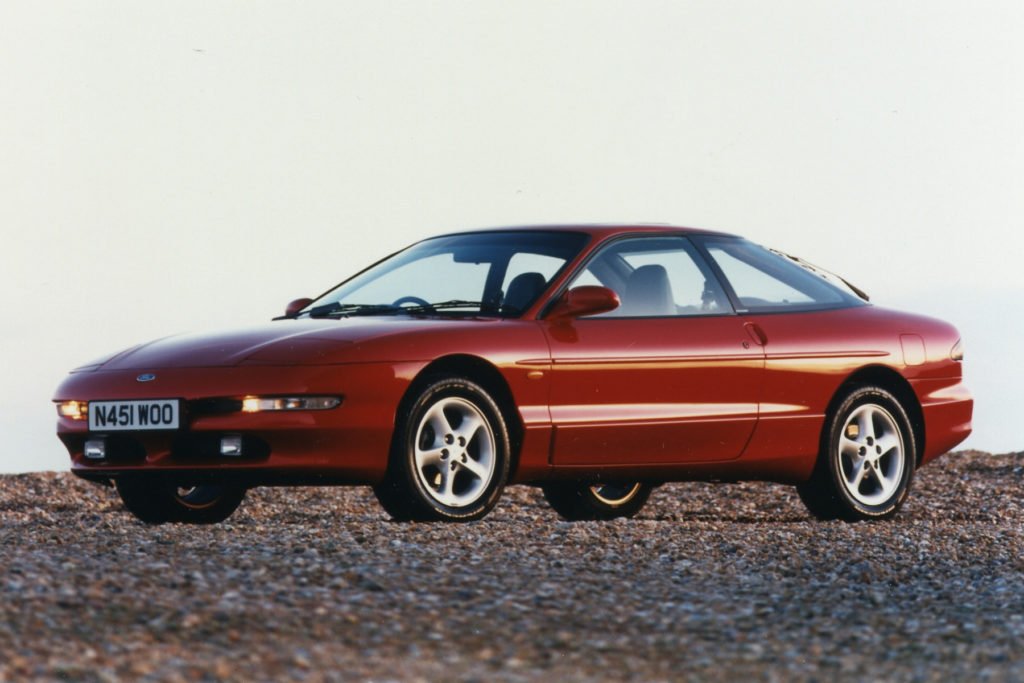 There was no direct replacement for the European Capri, but Ford did sell a similarly sized coupe called the Probe in the 1990s. Developed in the US and relying heavily on Mazda technology, it was intended to be an economical front-wheel drive successor to the Mustang, a controversial idea even within Ford. UK sales were a tiny proportion of those the Capri had achieved. 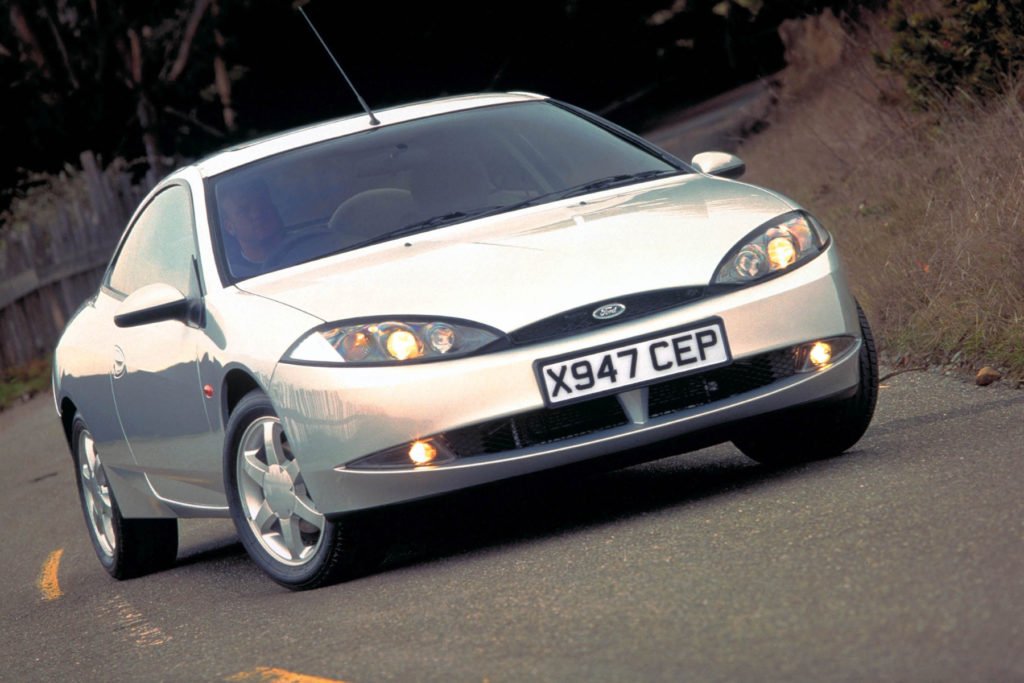 Around the turn of the century, Ford tried again. The Cougar was a reworked Mondeo in the same way that the Capri had been a reworked Cortina. Times had changed, though, and the Cougar did not catch the public imagination in anything like the way the Capri had. 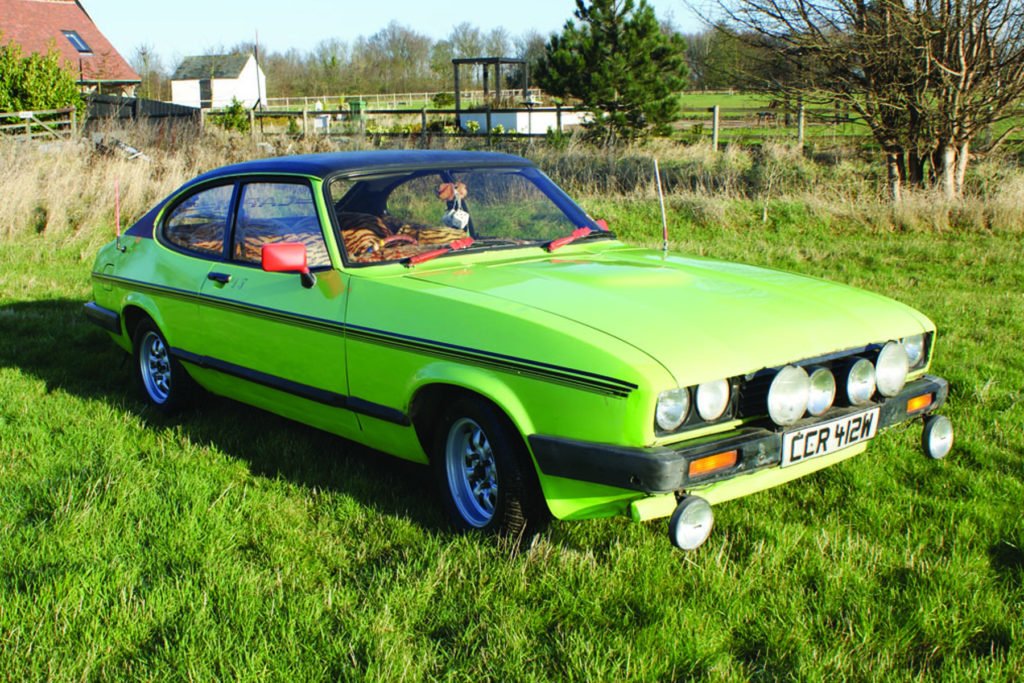 Capris appeared in several popular British television programmes. Among the most famous are the ones driven by Terry (Dennis Waterman) in Minder, Bodie (Lewis Collins) in The Professionals and Del Boy (David Jason) in Only Fools And Horses (car pictured above). The Bodie car was sold at auction for £55,000 in April 2016. Some of the proceeds were donated to Cancer Research in memory of Collins, who had died of the disease two and a half years earlier.