Meet the rakish new Kia ProCeed – reinvented to broaden the appeal of the Ceed range.

Last time round the ProCeed was the three-door sporty version of the popular Ceed hatchback. Now it’s regenerated into a handsome estate.

Not to be confused with the Ceed Sportswagon, Kia is marketing the ProCeed as having the “space and versatility of a tourer in a five-door shooting brake body”. 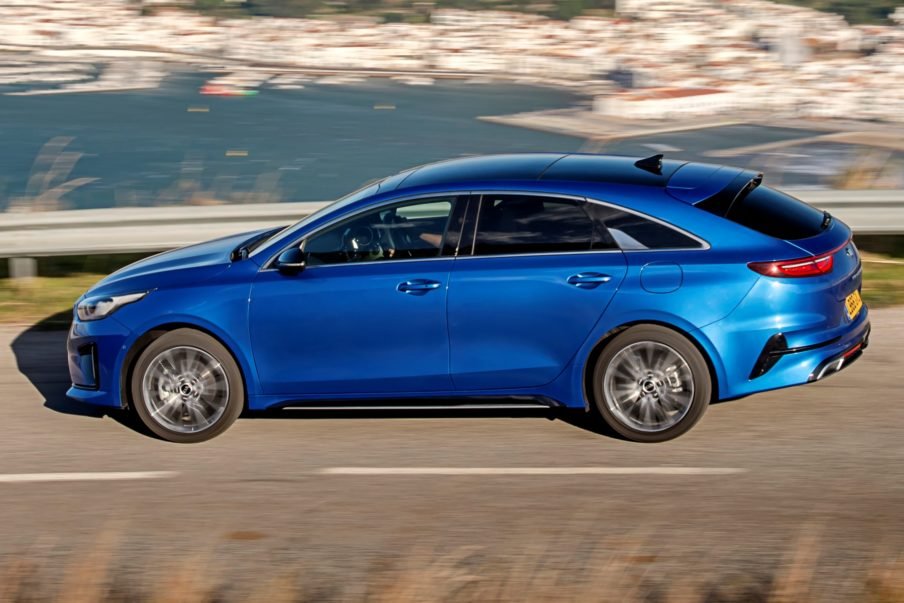 And there’s no doubt about the fact that the Kia ProCeed is a distinctive, sleek addition to the Ceed family.

Slightly lower and longer than the Sportswagon, it has a slippery profile flowing back to a very attractive derriere (easily a contender for Rear of the Year 2019).

While the front features Kia’s signature ‘tiger nose’ grille and low air intakes, at the back there’s a full-width lightbar with proud ‘ProCeed’ lettering above the number plate – all very Porsche Panamera Sport Turismo. 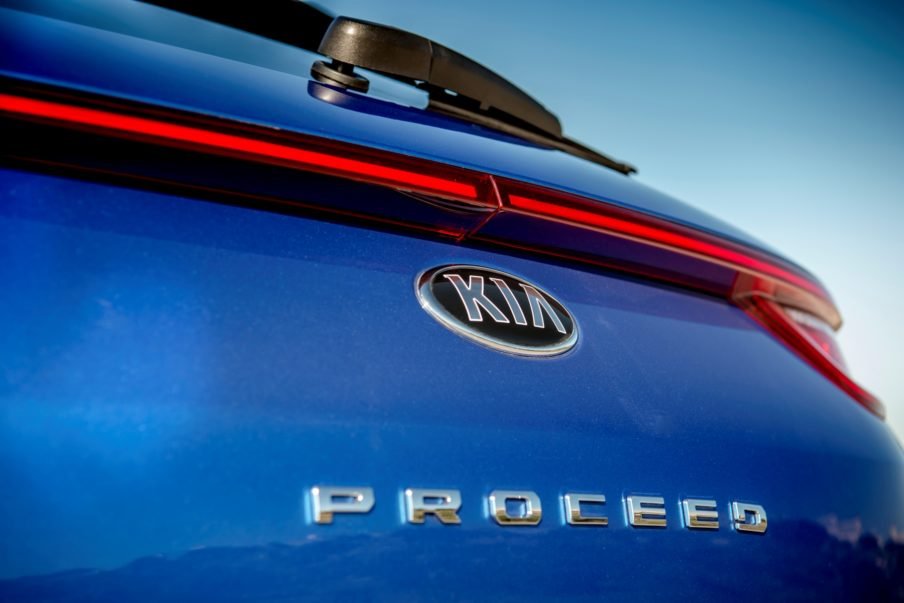 The interior is the familiar attractive and functional Kia mix of dark, soft-touch surfaces, a 8.0-inch touchscreen in the centre console, plus handy dials, switches and buttons – a refreshing change to all that swiping and tapping you get in some cars.

The seats are comfortable and there’s plenty of space in the back for adults, though taller drivers should be careful if they opt for the sunroof because it eats a little into the headroom.

With a generous capacity of 594 litres, the ProCeed’s boot is significantly bigger than the Ceed hatchback (380 litres), though slightly smaller than the Sportswagon’s 625 litres. Flip the rear seats and the load space rises to a cavernous 1,545 litres. 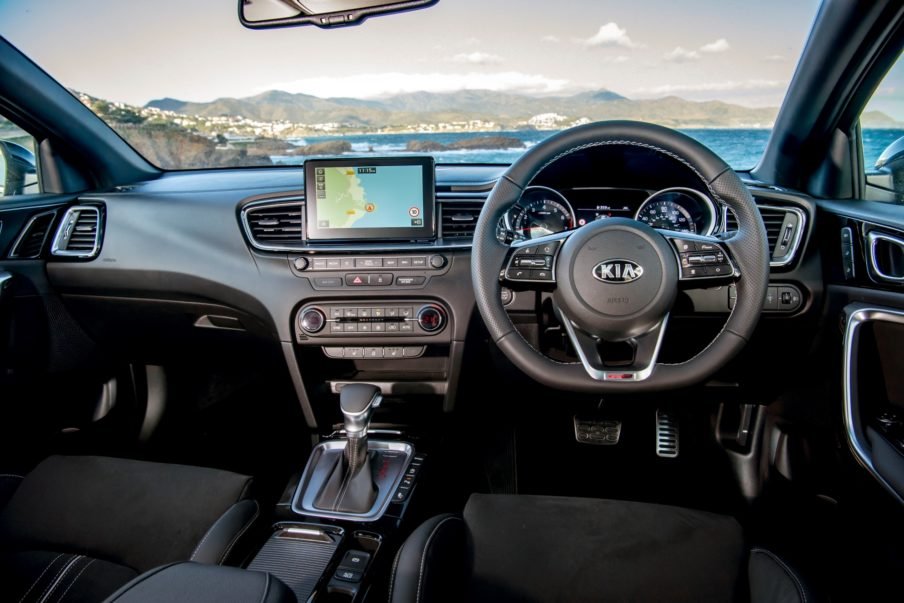 Special mention for the ProCeed’s adjustable floor rails which can be used as luggage restraints.

The only downside of the ProCeed’s seductive lines is that the rear window is on the small side. Otherwise, visibility is good.

Positioned above the Sportswagon in the Ceed range, the ProCeed is priced from £23,835 to £28,685 and available in three tempting trim levels – GT-Line, GT-Line S or the more sport-orientated GT model. 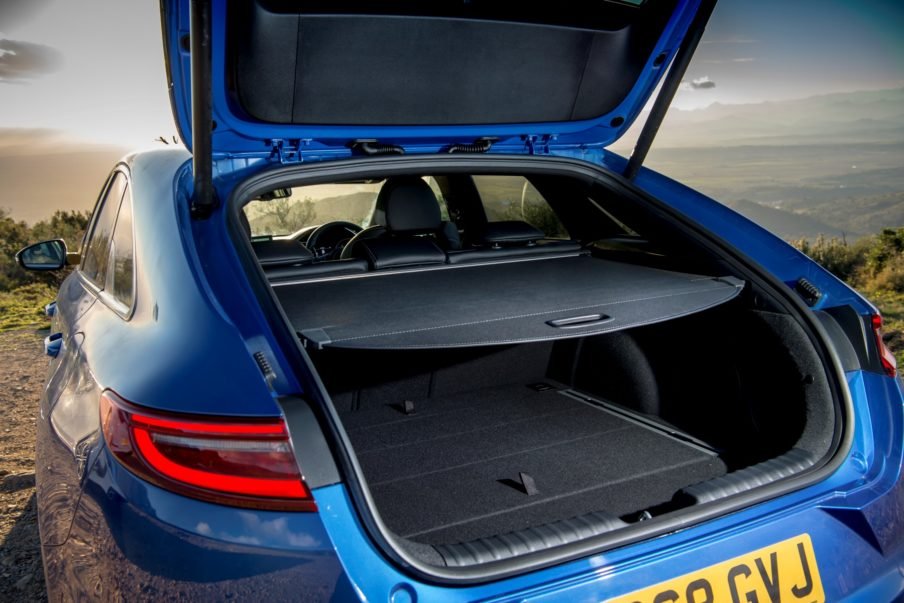 The GT trim is based on GT-Line, but also gets 18-inch wheels, a gloss black and chrome grille, a rear bumper with twin exhausts and LED headlights. 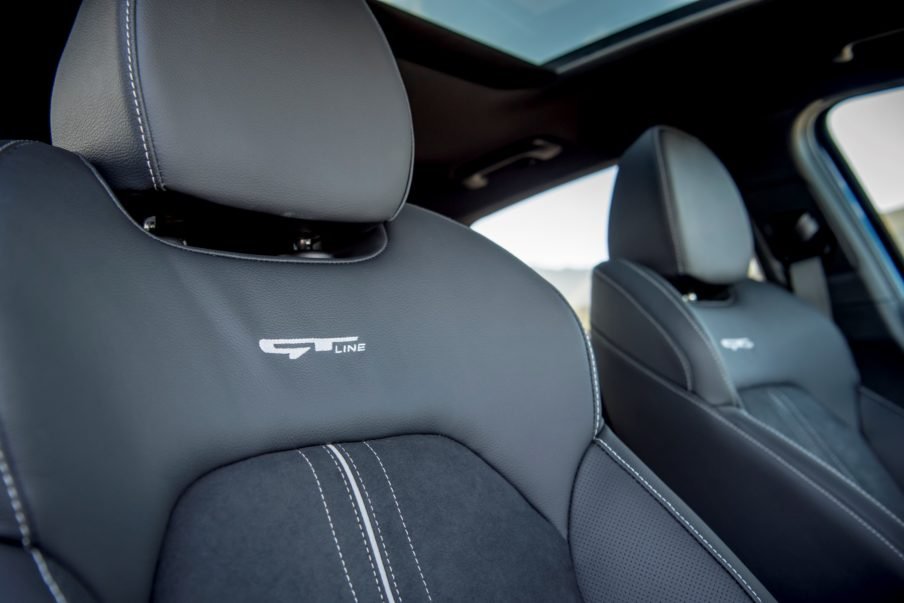 We drove all three variants and the standout engine for us was the four-cylinder 1.4-litre petrol turbo, which offers the best blend of performance, refinement and economy.

We were impressed with the 7-speed auto DCT gearbox version which can reach 60mph from standstill in 9.1 seconds (but feels swifter) and on to a top speed of 127mph, while returning 44.8mpg and emitting 130g/km of CO2.

With a little moderation 40mpg is achievable, and while the engine note is on the shrill side if you floor the accelerator, it’s generally very comfortable and refined.

If you spend most of your time on the motorway, then the 1.6-litre diesel model might make more sense. It’s almost as quick as its petrol siblings, but can return up to 56.5mpg with CO2 emissions as low as 110g/km. Like most diesels, it’s a little harsh under heavy acceleration, but it’s an admirably quiet cruiser. 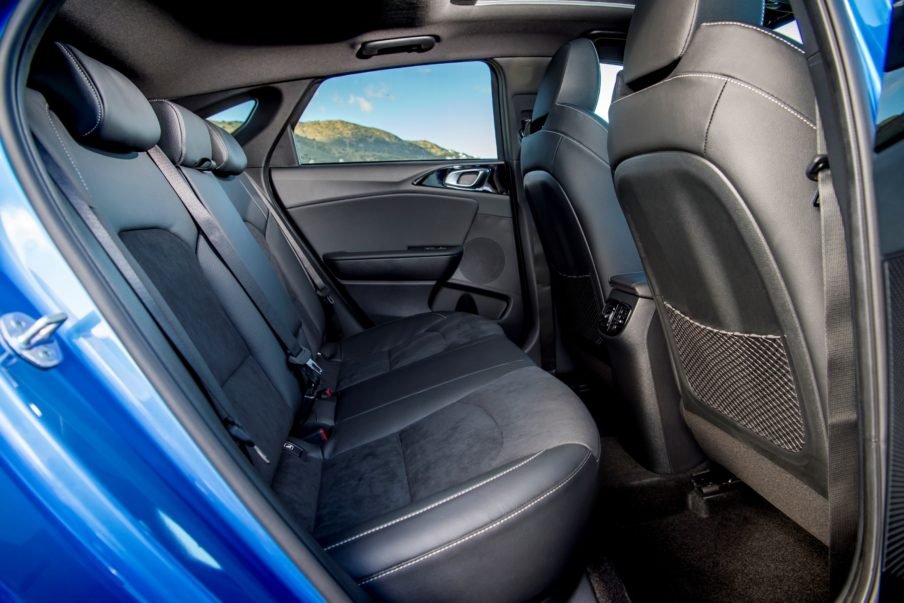 The 1.6-litre four-cylinder engine found only in the ProCeed GT is the fastest of the trio with a 0-60mph time of 7.2 seconds and a top speed of 140mph. Fuel economy dips to a claimed 39.3mpg, while CO2 emissions of 142g/km.

This is the show-off option because it has the exhaust note to match the ProCeed’s sporty looks. Switch the drive mode from Normal to Sport and it gets even noisier. To put it politely, it is on the frenetic side and never fully settles down, so it might not be for everyone.

There is, however, no doubt that the GT is the best handling car in the ProCeed range. That’s not to say the the others are disappointing, it’s just that the GT’s stiffer suspension means that it’s a little more agile, flatter when cornering and benefits from more grip.

However, we’d still go for the 1.4 T-GDi because it’s the best all-rounder and more liveable as a daily-driver. 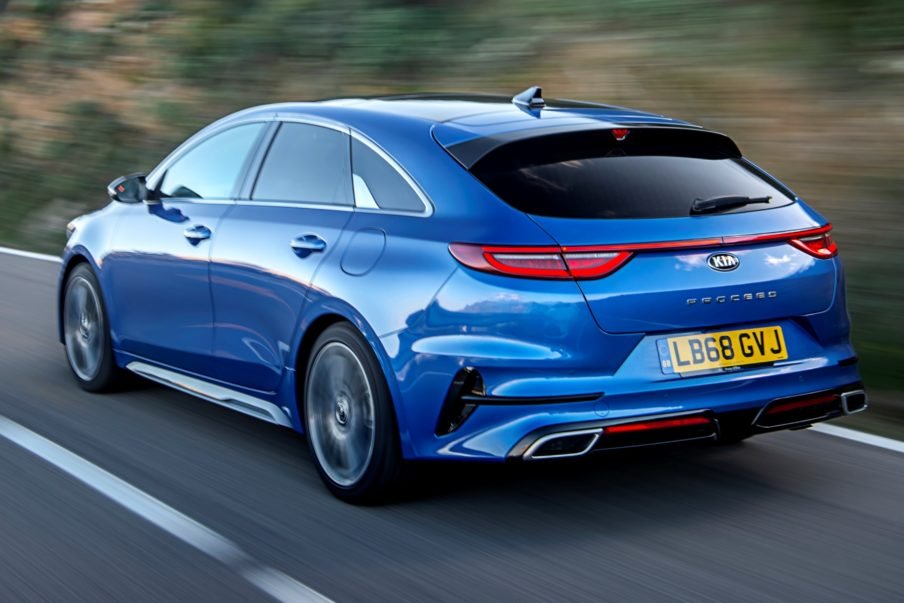 The ProCeed’s most obvious rival is the significantly more expensive Mercedes-Benz CLA Shooting Brake, while other sporty estates such as the SEAT Leon ST, Renault Megane Sport Tourer and Vauxhall Astra Sports Tourer could also be on a shortlist.

Verdict: If you’re looking for a sporty estate that stands out from the crowd and is affordable, stylish, smooth and surprisingly practical, the Kia ProCeed could be right up your street. Throw in the generous seven-year warranty and Kia’s reputation for dependability and you have a compelling proposition.