It’s astonishing to think that Kia has only been selling cars in the UK since 1991.

Emerging as an affordable, dependable brand with a wide range of cars (all boasting a generous seven-year warranty), Kia has taken the automotive industry by storm. 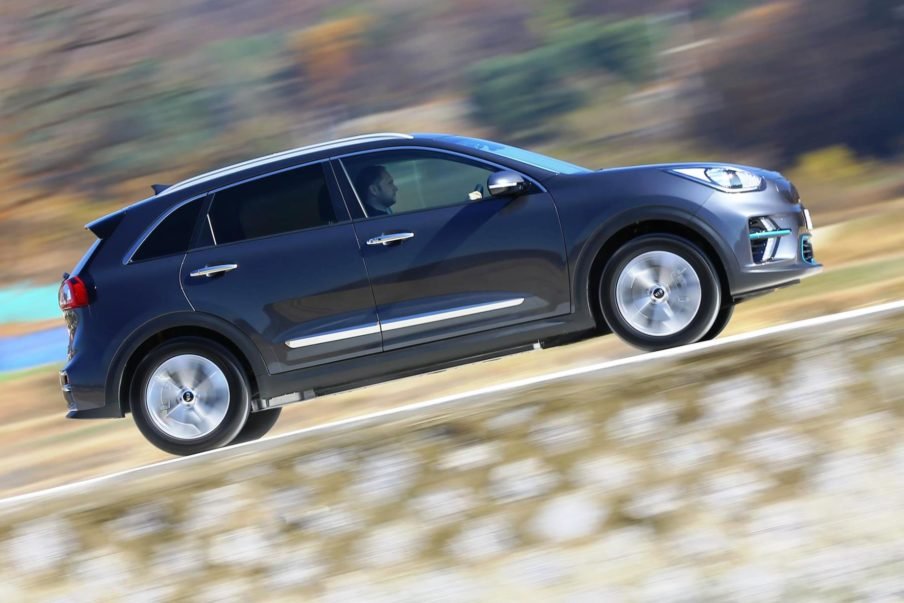 Kia’s also been ahead of the curve when it comes to offering eco-friendly cars. The 100% electric Soul has been with us since 2014, followed by the Optima plug-in hybrid (PHEV) in 2016.

Already available as a hybrid and PHEV, 2019 will see the launch of the highly anticipated pure electric version of the Kia Niro compact crossover – a car which successfully exploits the two biggest trends – zero emissions driving and SUV styling.

Priced from £32,995 (including the Government Plug-in Grant), the e-Niro is officially on sale in the UK from April 1, 2019, and it’s a genuine game-changer. 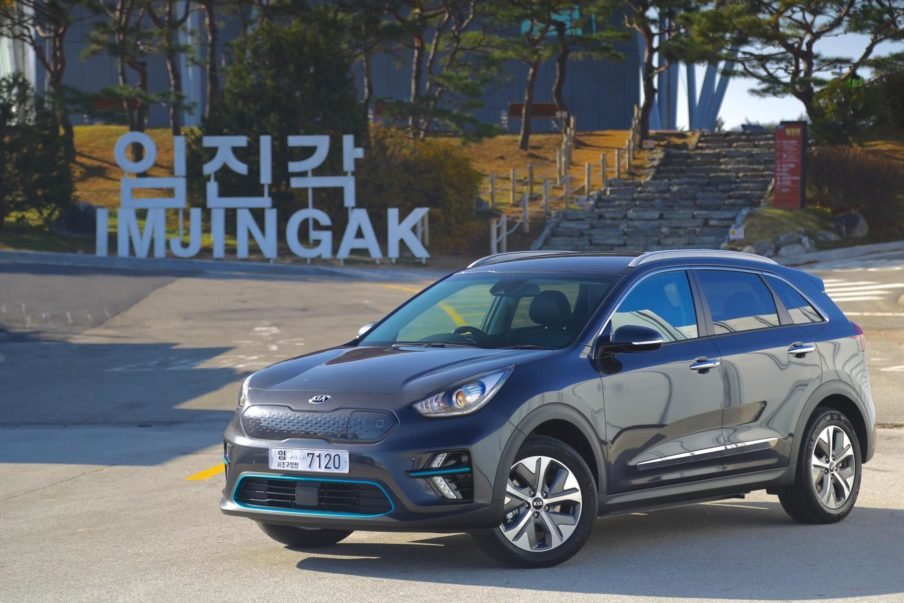 Up against the Nissan Leaf and its Korean cousin, the Hyundai Kona Electric, we got a chance to road test the e-Niro in its homeland.

The e-Niro is significant because at 282 miles it offers a battery driving range approaching some petrol cars – and greater than many significantly more expensive electric cars.

Powered by a 64kWh battery and a 150kW (201bhp) electric motor driving the front wheels, it produces 395Nm of torque, enabling the e-Niro to accelerate from standstill to 60mph in just 7.5 seconds. 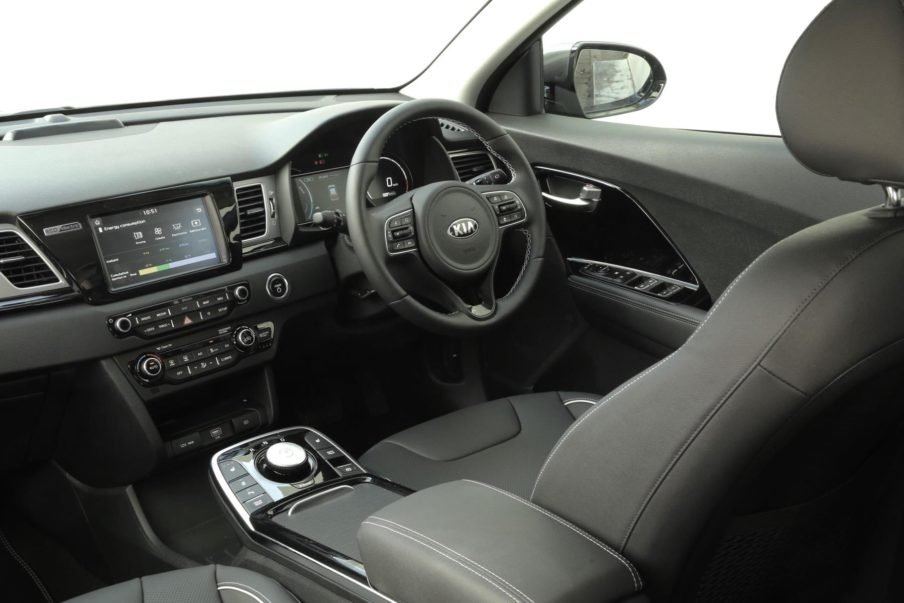 Visually it’s much the same as a standard Niro. In fact, the easiest way to distinguish the electric version is the closed ‘tiger-nose’ grille design and the re-designed bumpers front and rear, all helping to give the e-Niro an even lower drag co-efficient (0.29 Cd) than Niro Hybrid and Plug-in Hybrid models (both 0.30 Cd), 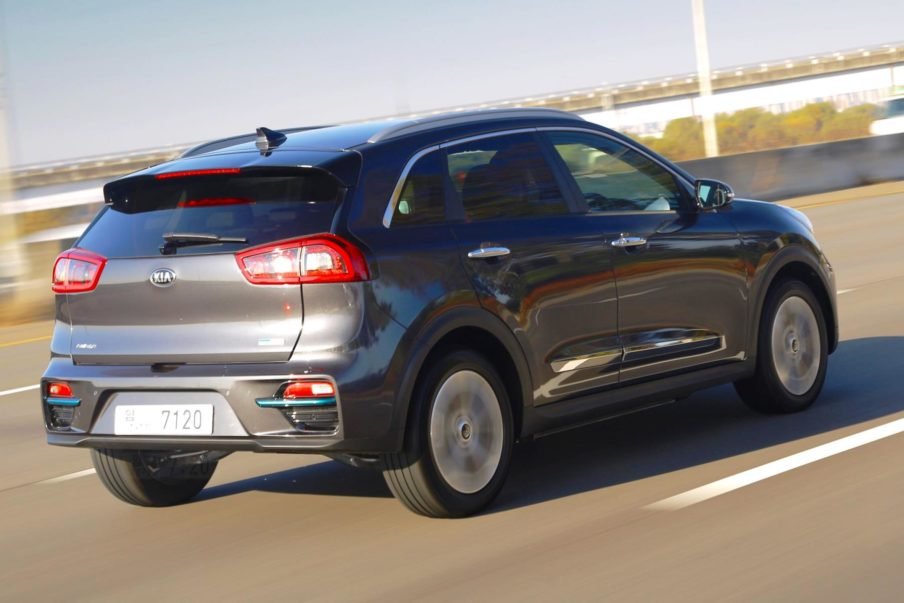 Like all Kia cars, everything is logically laid out and it seems well put together. There’s also plenty of space for in the rear for three passengers, while Kia claims the boot (451 litres) offers more luggage capacity “than many other plug-in and electric vehicles”.

The driver and passenger sit fairly high up with a commanding view of the road ahead with good all-round visibility.

There’s no need for a traditional gear lever, so a cute drive selector dial sits in a panel which extends out from the base of the central armrest. This also houses buttons for the electronic parking brake, heated seats, heated steering wheel and parking sensors. 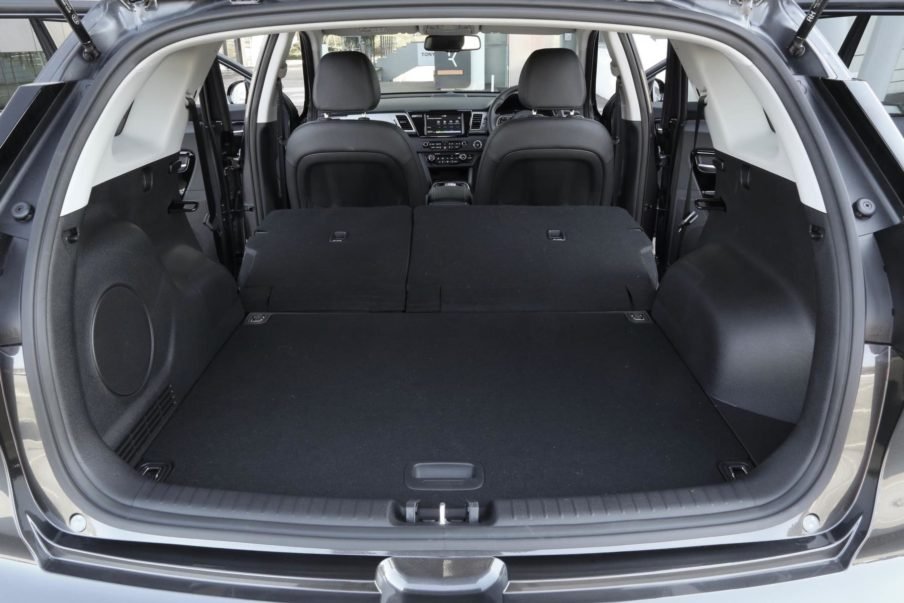 Our varied test route took us from the busy roads of the capital, Seoul, down the coast and inland to the edge of the Demilitarised Zone (DMZ) at Imjingak which separates North and South Korea.

No such tensions in the new Kia e-Niro which feels swifter than the figures suggest as you pull away, and naturally, it’s whisper quiet except for the well insulated road and wind noise. 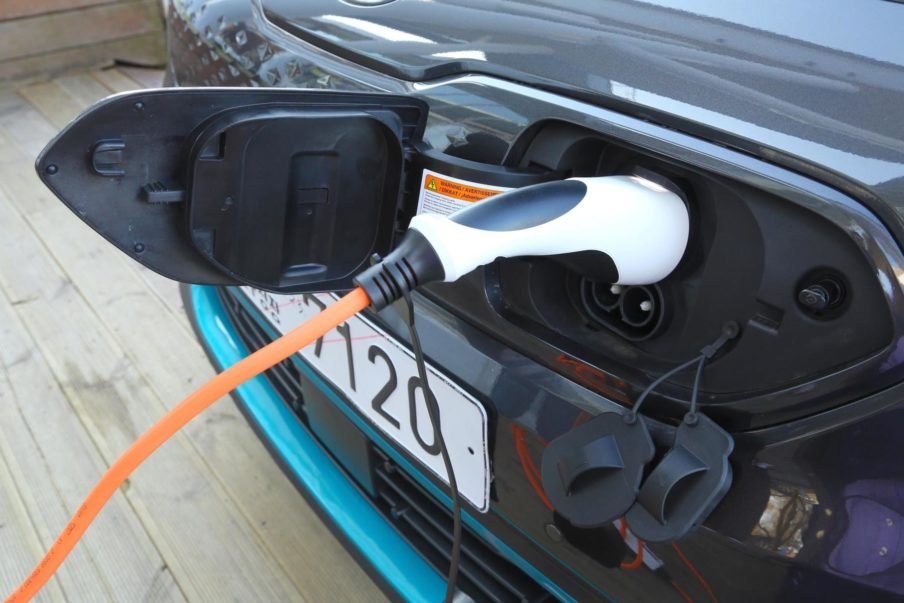 There’s also plenty of grunt at higher speeds, so overtaking is no problem either. For the record, its maximum speed is 104mph, though this figure is academic because driving an electric car is all about eking out maximum economy – not burning rubber.

There are three drive modes, allowing you to choose between Normal, Eco and Sport. However, it’s the pair of paddles behind the steering wheel that are more important than anything.

These allow you to choose the level of energy recuperation. The higher the level chosen, the more energy the regenerative brakes try to harvest. In other words, the simple act of braking and coasting will recharge the batteries, giving you extra range. 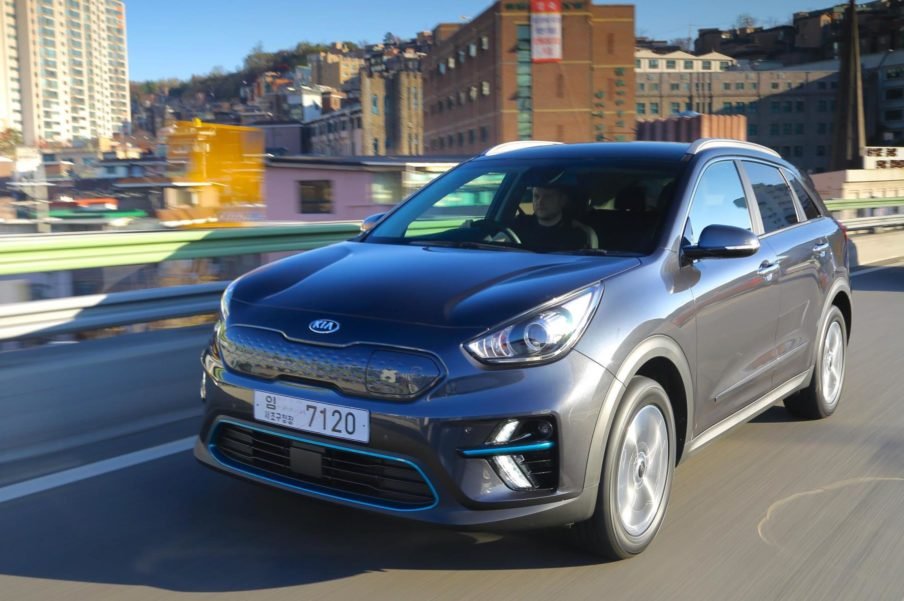 After a while, you’ll use these paddles more than your brakes when it comes to slowing down and the car in general will awaken your inner Scrooge as you try to squeeze as many miles as possible from your battery pack.

Your driving style will become smoother as you anticipate corners, hills, junctions, roundabouts and potential hazards more than you ever would in a conventional car.

From my experience, the e-Niro’s 282-mile range is very achievable if you behave yourself. In fact, 300 miles plus is possible, especially in urban driving.

Obviously, the e-Niro is no hot hatch, but it handles perfectly well in day-to-day driving, no doubt helped by the fact that the battery pack is located under the seats between the two axles, giving the crossover a centre of gravity more akin to that of a saloon or a hatchback. 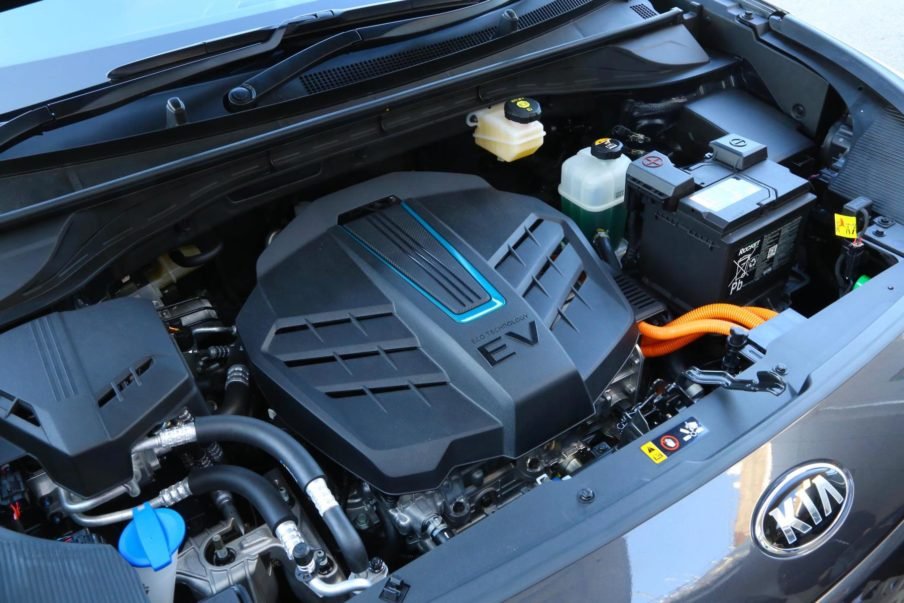 The ride is on the firm side to keep body roll in check, but it’s in no way uncomfortable and remains composed, even over rougher surfaces.

Again, driving an electric car is all about economy, so hustling it around challenging roads is unlikely to be on your agenda – just take it nice and easy. In fact, it’s an especially relaxing place to be cruising at 70mph.

The e-Niro’s charging port is located underneath a flap integrated into the closed grille. It can be recharged to 80% battery life in just 54 minutes using a 100kW charger or 75 minutes using a more common 50kW charger, though a full charge at home using a 7.2kW wallbox will take some 9 hours 50 minutes.

Verdict: The all-new Kia e-Niro is affordable, easy to drive, spacious, well-equipped, packed with safety features and boasts an impressive battery range of 282 miles. Add Kia’s generous seven-year warranty and reputation for dependability, and you have a genuinely eco-friendly daily driver with the look and feel of an SUV. 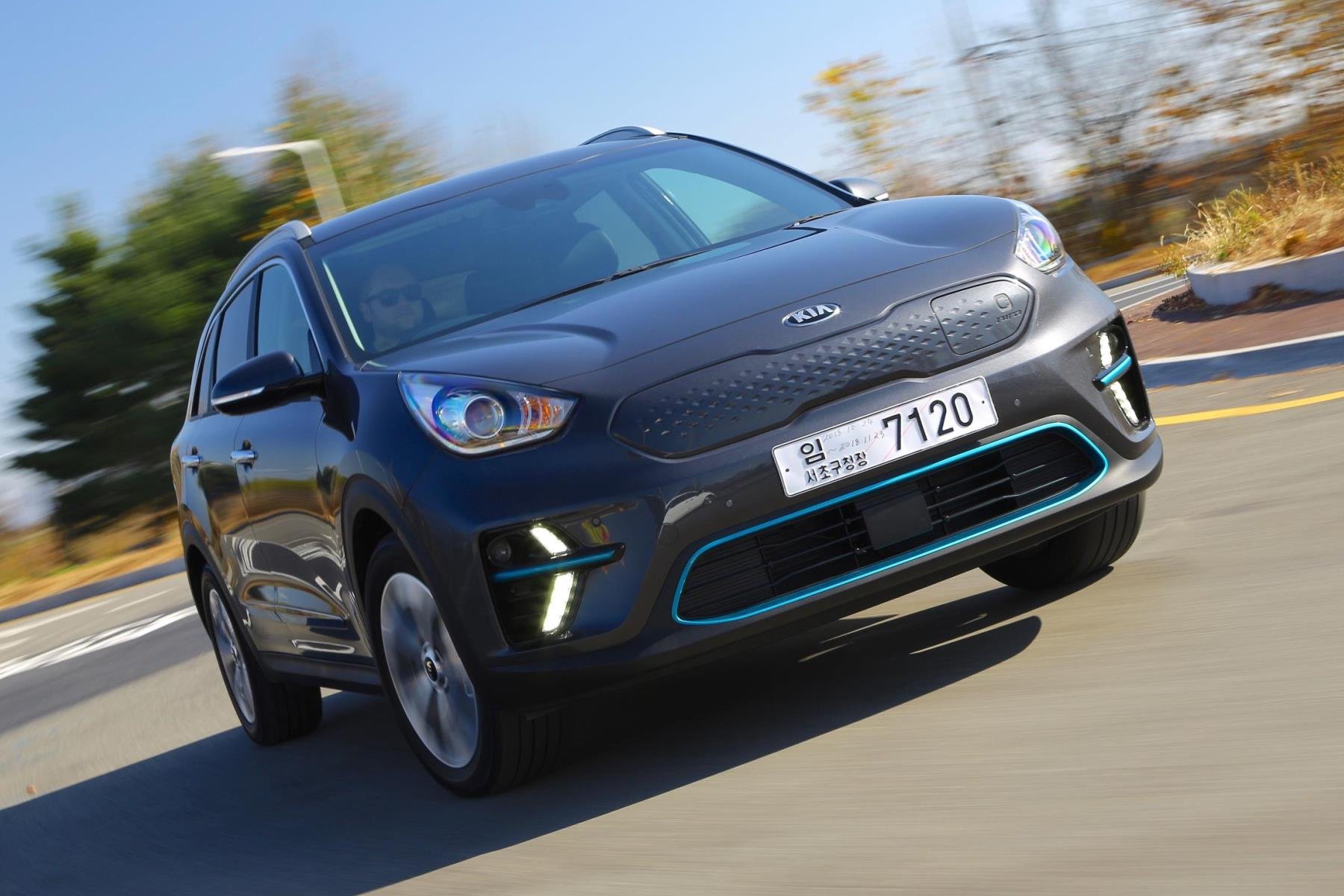