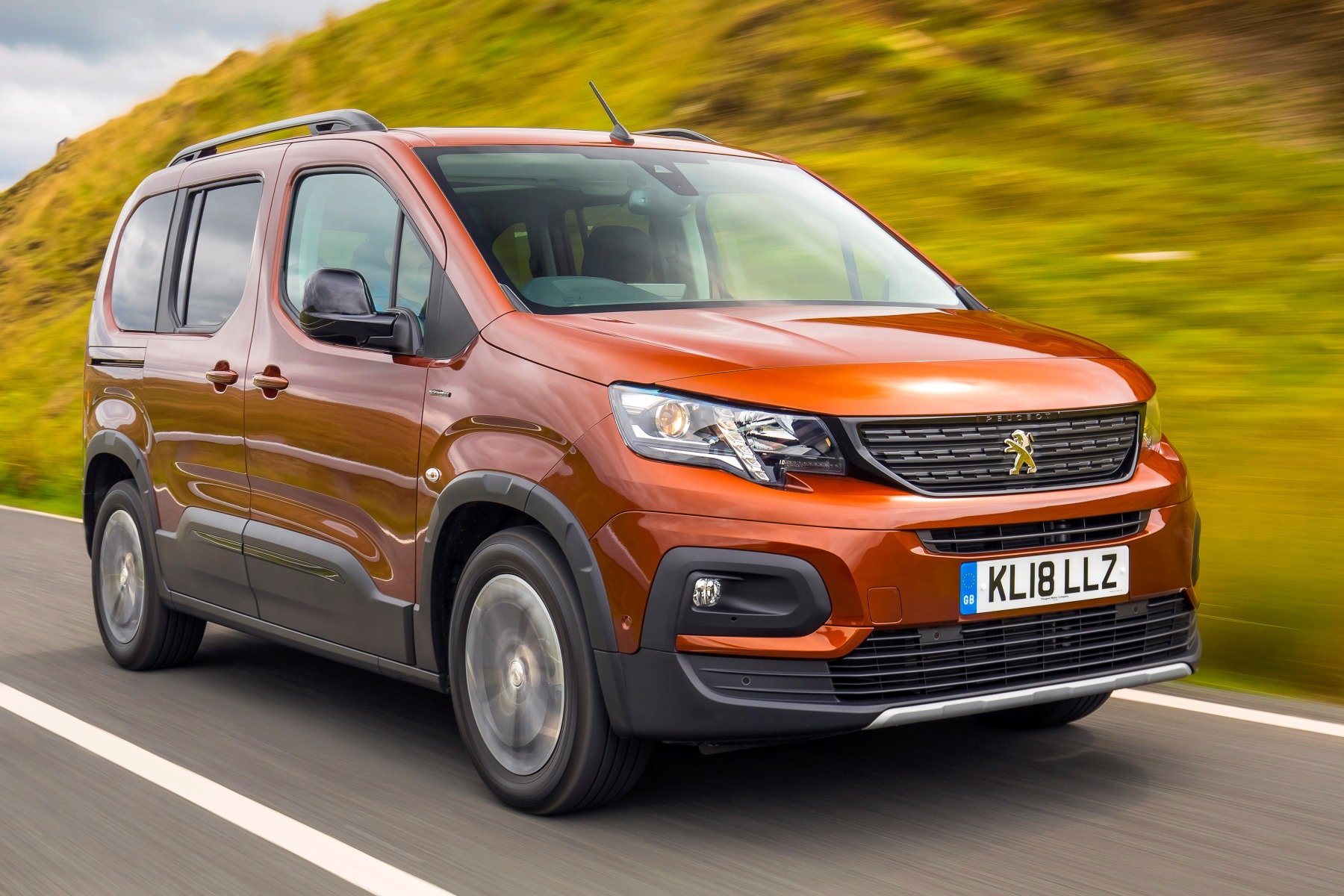 Over the last couple of years Peugeot has pulled off a masterstroke by relaunching its frumpy 3008 and 5008 MPVs as stylish SUVs.

Now it’s hoping to repeat the success with the latest version of the Peugeot Partner Tepee, now re-christened the Rifter.

Billed as a Leisure Activity Vehicle (we’ll ignore the unfortunate acronym), it’s been developed alongside its Citroen and Vauxhall cousins – the Berlingo and Combo Life. 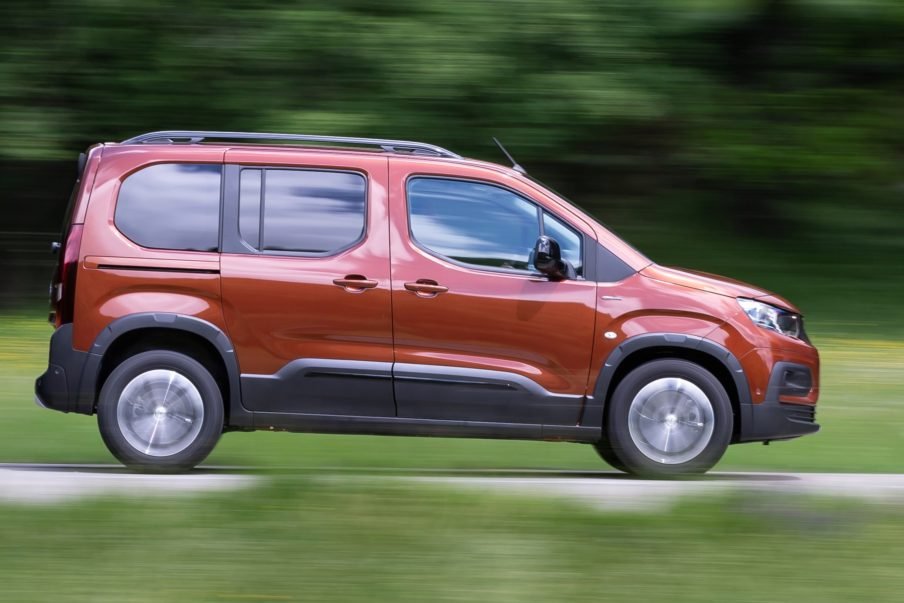 The Rifter looks the more distinctive of the trio from the front, taking design cues from its SUV siblings. It also looks tougher, with skid plates and roof rails, plus it has a higher ride height. Inside, it’s the same story with the introduction of Peugeot’s unique I-Cockpit.

If you’re unfamiliar with the Peugeot interior layout, there’s a dinky steering wheel, the digital dashboard is set back and the centre console is dominated by an 8.0-inch infotainment touchscreen.

There’s no getting away from the fact that the Rifter is a van-based car – visually from the outside, the front seating positions and the way it drives. 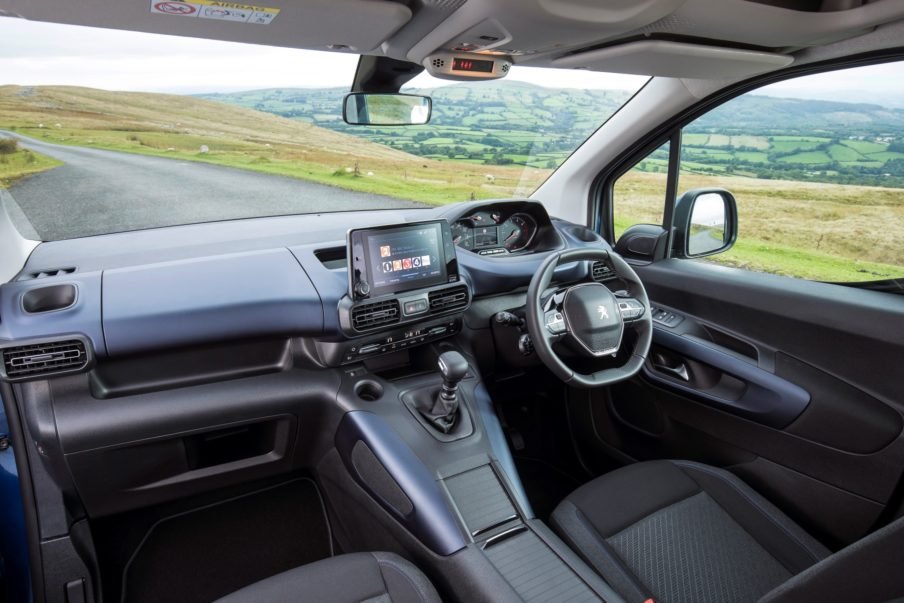 However, it’s in the area of practicality that the Rifter scores heavily. Depending on whether you opt for the Standard (4.4 metres with five seats) or Long (4.74 metres with seven seats) versions, the load capacity ranges from a basic 775-litre boot capacity (standard) to a total of 4,000 litres (long) with the second row of seats folded and third row removed.

The rear side doors slide for easy access and the giant tailgate opens hatchback-style. In some versions, the tailgate window opens too for quick access to the boot space.

Clever storage solutions inside include a large, aircraft-style locker in the rear boot space, while there are also numerous other useful spaces – everything from a top-opening box in the dashboard to deep door bins. I lost count, but Peugeot claims there are 28 “spacious storage areas” scattered around the cabin and I have no reason to doubt that. 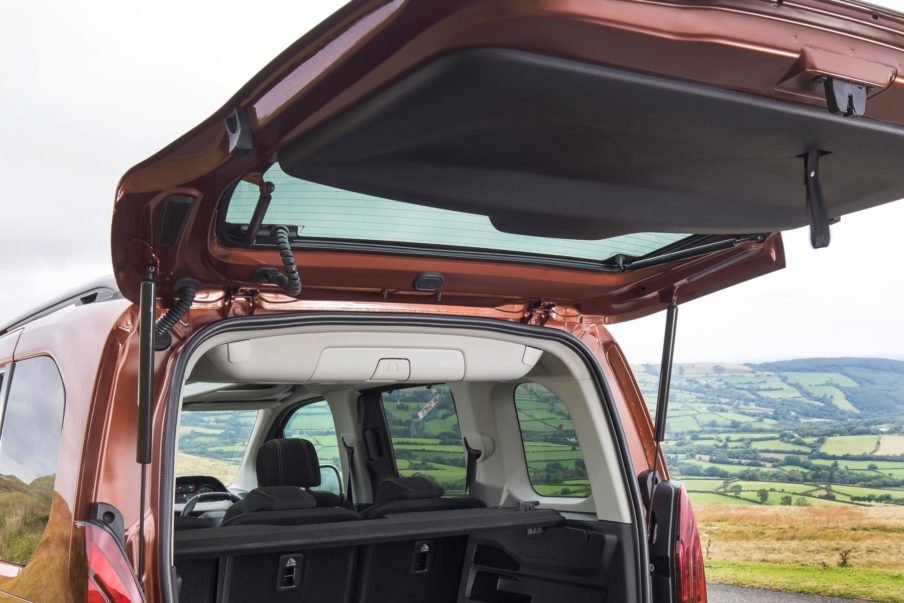 There are two efficient petrol and diesel engines on offer, each with different power options.

The 1.2-litre PureTech three-cylinder turbo petrol unit is initially only available with a six-speed manual gearbox, thought an eight-speed automatic will follow. 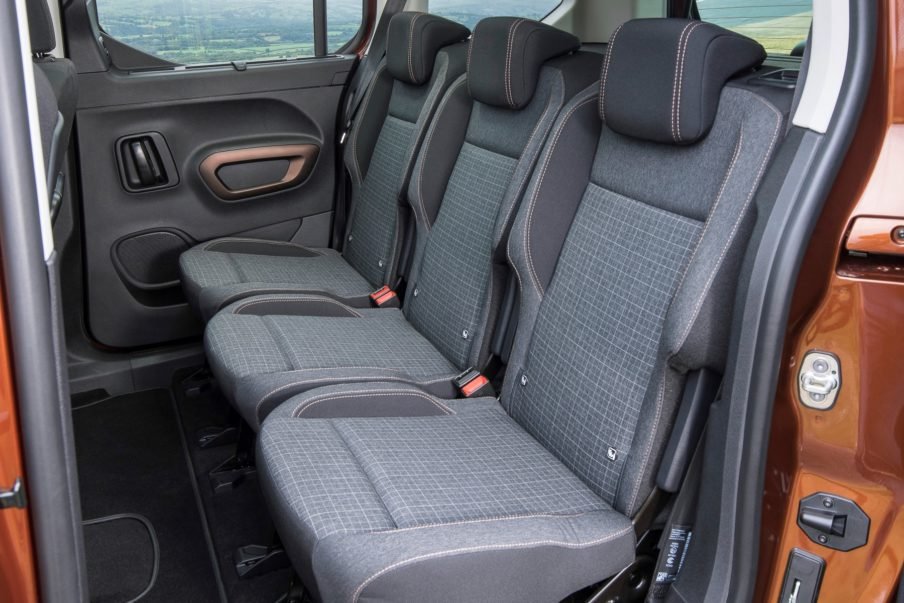 A 1.5-litre BlueHDi diesel is also available with 74bhp, 99bhp or 129bhp outputs. The lowered powered version is particularly frugal with an economy figure of 68.9mpg and CO2 emissions as low as 111g/km.

However, you’ll have to plump for the BlueHDi 130 (129bhp) if you want automatic transmission.

It’s also worth noting that Grip Control, which improves traction in more challenging conditions, is available as an option. It’s not four-wheel drive, but it is the next best thing, and it fits in well with the car’s active lifestyle positioning. 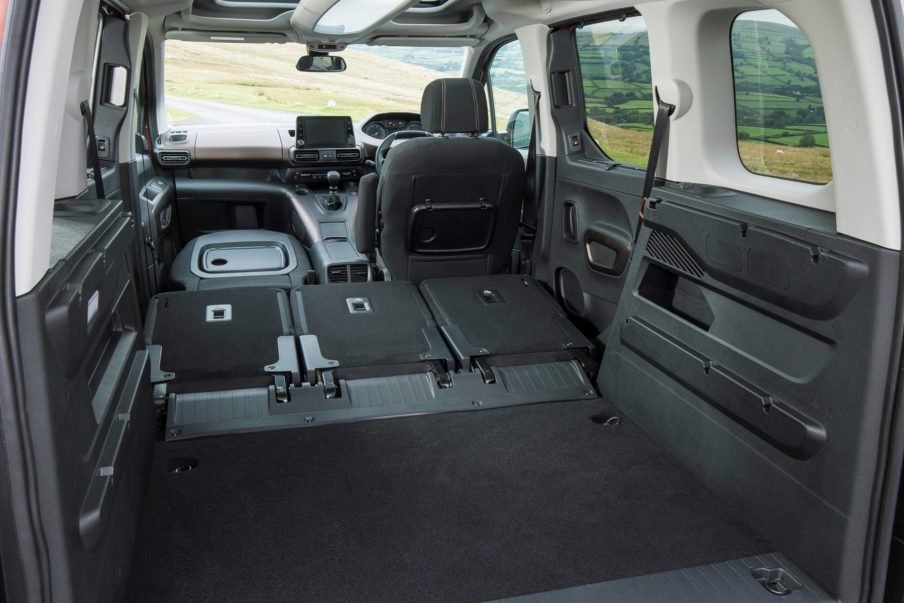 There are three trim levels for the Rifter – Active, Allure and GT Line and the range is priced from £19,650.

Up front you’re perched high, and once you’ve adjusted to the unusual Peugeot layout ahead, the Rifter is easy to drive. It’s especially good in the city with its combination of good visibility and light steering. 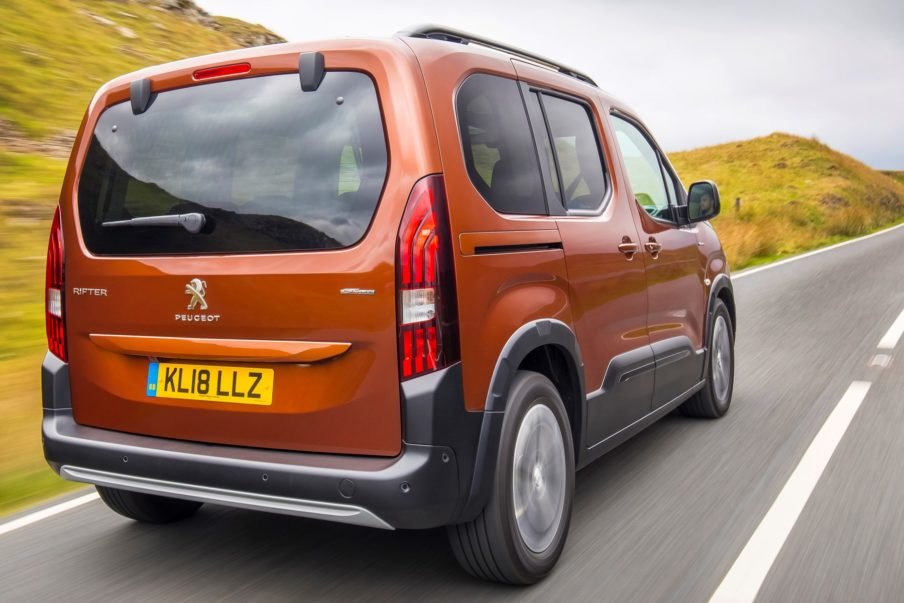 It’s not the height of sophistication on the open road, but it rides well enough in a utilitarian kind of way.

The Rifter isn’t the kind of car you’re likely to hustle around country roads, but it can be surprisingly brisk, though there’s no escaping the body roll when cornering at speed. Par for the course in such a tall, van-based vehicle.

Engine refinement is good, though on some roads the road and wind noise is apparent. If you’re planning to head off on long journeys, the more relaxed diesels will be your best option, but for school runs and shopping expeditions, the 1.2 petrol engine will do just fine. 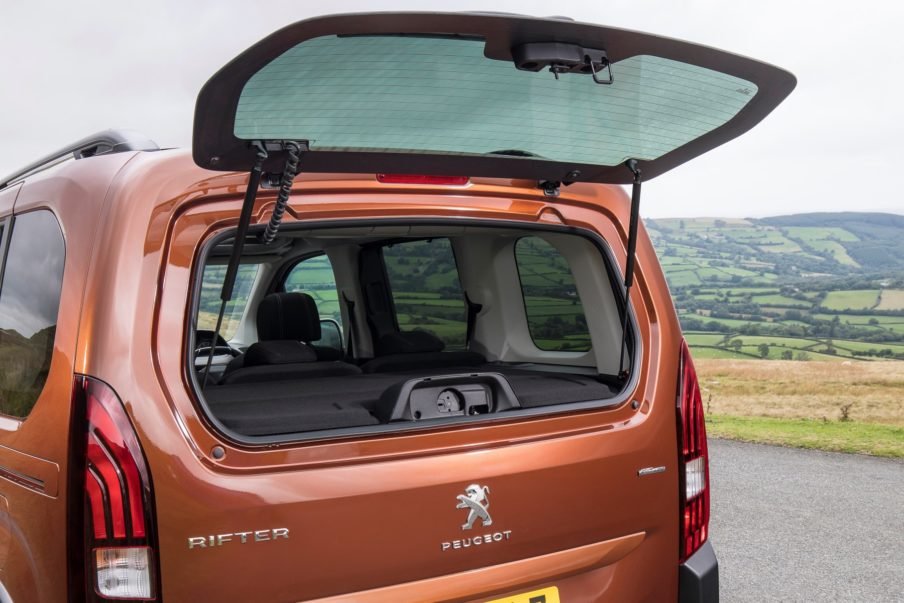 The eight-speed automatic gearbox seems well matched to the 130hp 1.5 diesel. However, it’s worth remembering that the 75 and 100 versions only come with a 5-speed manual transmission.

The cabin generally seems well put together, but it definitely has a more durable feel.

Verdict: The all-new Peugeot Rifter is bursting with character and does what it says on the tin, offering a cool-looking, spacious, practical car, ideal for big families, plus couples/friends with a sense of adventure. 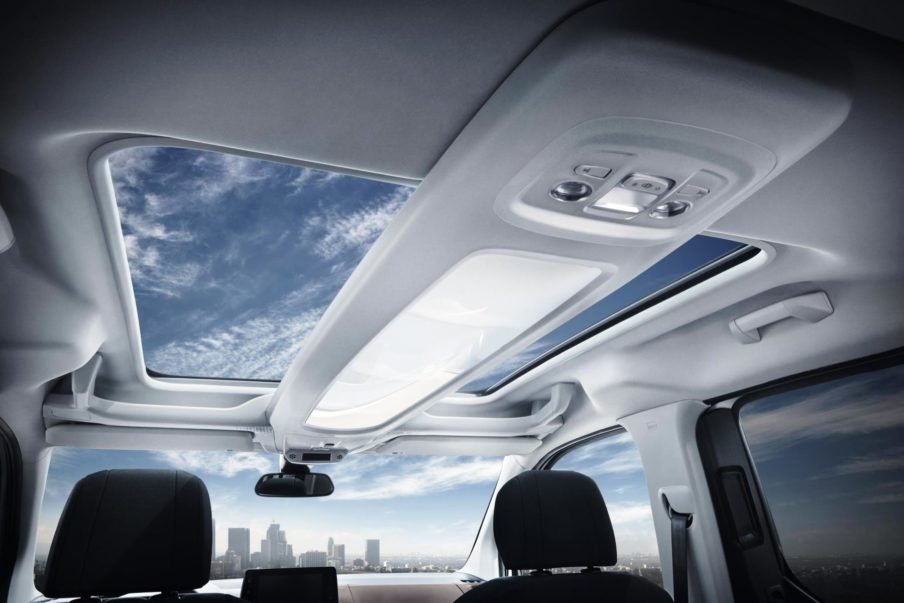