Two years on from the UK launch of the iconic Ford Mustang, some 6,000 examples have found homes here in the land of potholes, congestion and scenic countryside.

But the Blue Oval isn’t resting on its laurels and 2018 sees an upgraded Mustang featuring a subtly sleeker design, more tech and safety systems, plus improved performance, handling and customisation options.

Santa Pod Raceway in Northamptonshire was the setting for the press launch of the new ‘Stang – and for good reason.

Not only is it the home of European drag racing, but countless modified Mustangs of all shapes and sizes have starred over the quarter mile since the venue opened in 1966. 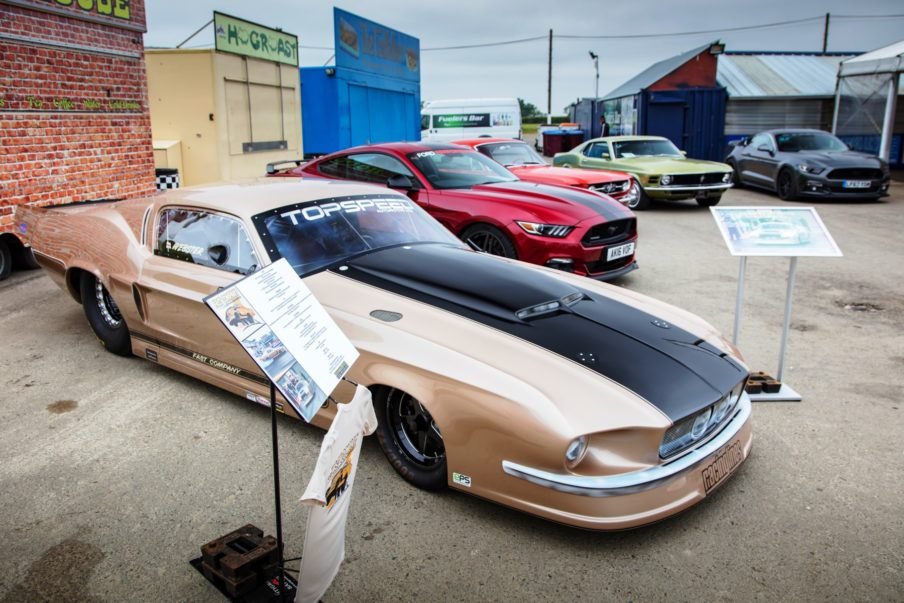 But the best reason of all is that the 2018 Ford Mustang now includes extra drive modes including a Drag Strip setting.

Designed to produce maximum acceleration and performance in a straight-line at designated drag racing strips, where better to test it out than Santa Pod?

It works too. I can’t say my 13.195-second time was anything special, but the pro drivers that doubled as our instructors were impressed that the “off-the-shelf” Mustang was so capable and such a bargain. 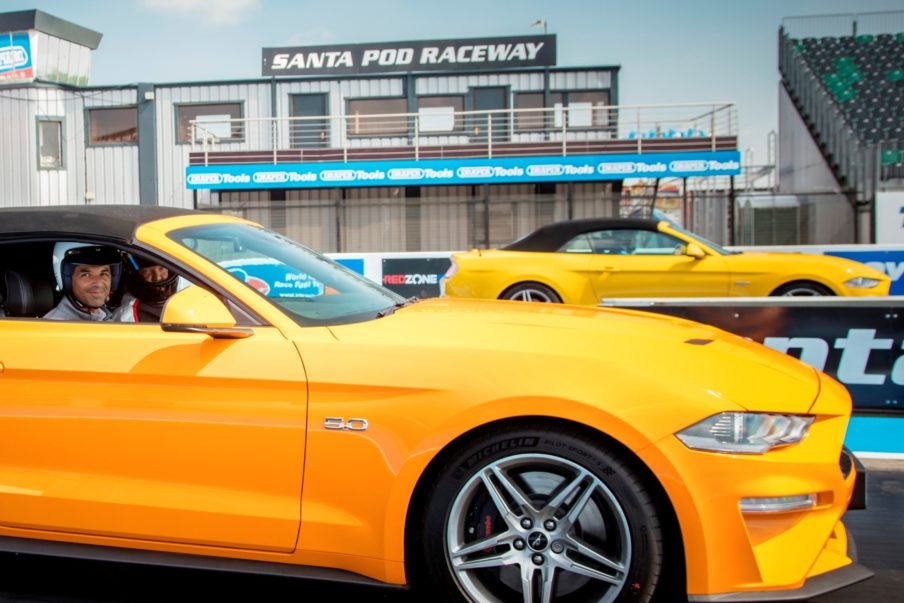 I don’t think I quite got the hang of the pre-race burnout (where you heat up the tyres by spinning them while the car is stationary), but it’s just part of the process.

Next you creep towards the start line and follow a sequence of lights. Holding the brake pedal down with your left foot, you raise the revs with your right on the accelerator to 2,000rpm-plus, then lift the left foot and you’re away with the 10-speed automatic box slamming through the gears.

Before you know it, you’ve reached the finish line and then there’s plenty of runway (it was a Second World War air base after all) to slow down and cool the brakes.

OK, so the Drag Strip mode is a bit of a gimmick, but it was good to try out a 5.0-litre Mustang on the limit.

In contrast to the ear-splitting din of the pro drivers’ cars, the ‘Stang’s V8 was near silent – even if it was anything but in reality.

Which brings us to another new feature for 2018 – the innovative “good neighbour” mode which can be programmed to automatically limit the exhaust noise at certain times of the day to avoid disturbing the folks next door. 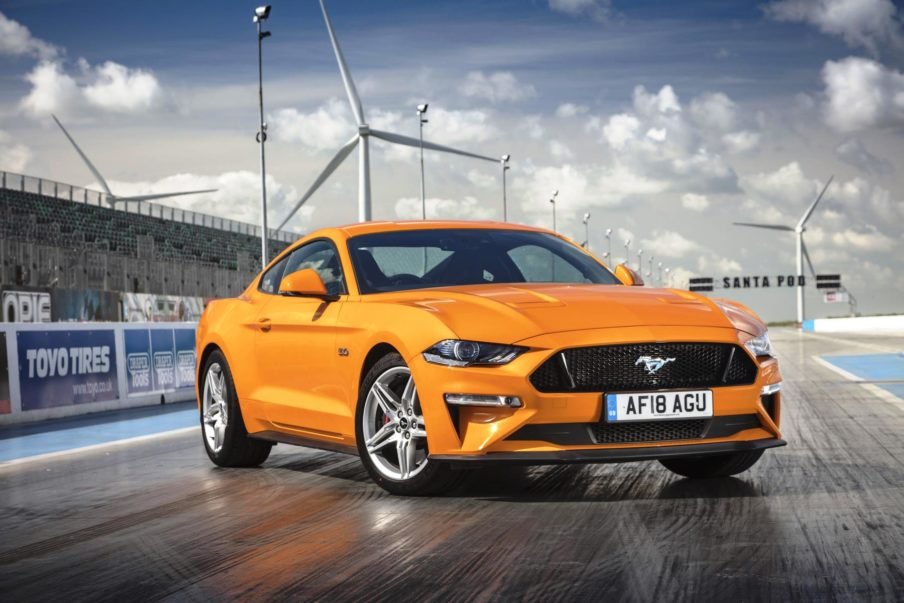 My Mode, another new selectable drive, allows you to choose your own settings for performance, driving dynamics and exhaust note.

Other upgrades for both the fastback and convertible include safety technology as standard – one of the few criticisms of the original sixth-generation car – so now there’s autonomous emergency braking, adaptive cruise control, a lane-keeping aid and auto high-beam headlamps.

There ‘s a lot more on offer, but perhaps the biggest news is that the Bullitt special edition Mustang will be available in the UK from this summer. 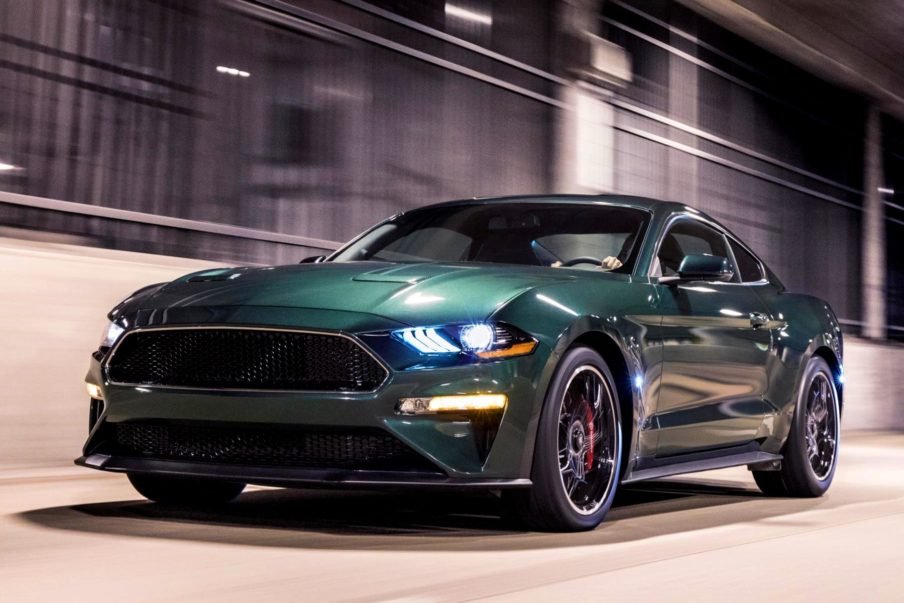 Celebrating the 50th anniversary the legendary Steve McQueen movie, it’s available in classic Dark Highland Green and powered by an uprated V8 engine. The gear shifter even features a white cue ball knob as a nod to the original.

Verdict: The new Ford Mustang is better than ever. The few creases that were there have been ironed out and it’s now an even more polished slice of Americana at a remarkably affordable price.