How bad can it be to hit an elk or moose in a fast-moving car? Pretty bad.

So avoiding the elk is an important test of a car in certain countries and has led to one of the most insightful car tests ever invented.

The Swedish magazine Teknikens Värld, or Technology World as we would call it, is perhaps most famous outside its home country for its version of the elk test.

Despite its name, and the idea that it was designed to see how well a car can swerve round an elk that happens to wander into its path, the test doesn’t really have much to do with elks.

It’s more about a car’s ability to avoid something that appears ahead of it and suddenly stops, like a pedestrian or another car reversing into the road. Elks tend not to stop, so there’s a chance that swerving in front of them can just make matters worse.

The test is very simple. The car moves sharply to the left and then back on to its original line on a route marked out by cones. The test result is the highest speed at which it can do this without losing control, knocking down any of the cones or, in extreme cases, falling over.

It’s not as comprehensive as the Euro NCAP crash test programme and the results are not as widely publicised. However, a bad result can lead to terrible publicity for the manufacturer, and possibly to a partial redesign of the car.

Here we’ll look at some of the best- and worst-performing cars in the elk test, including the fastest of all which – if you don’t already know it – you might find it almost impossible to guess. 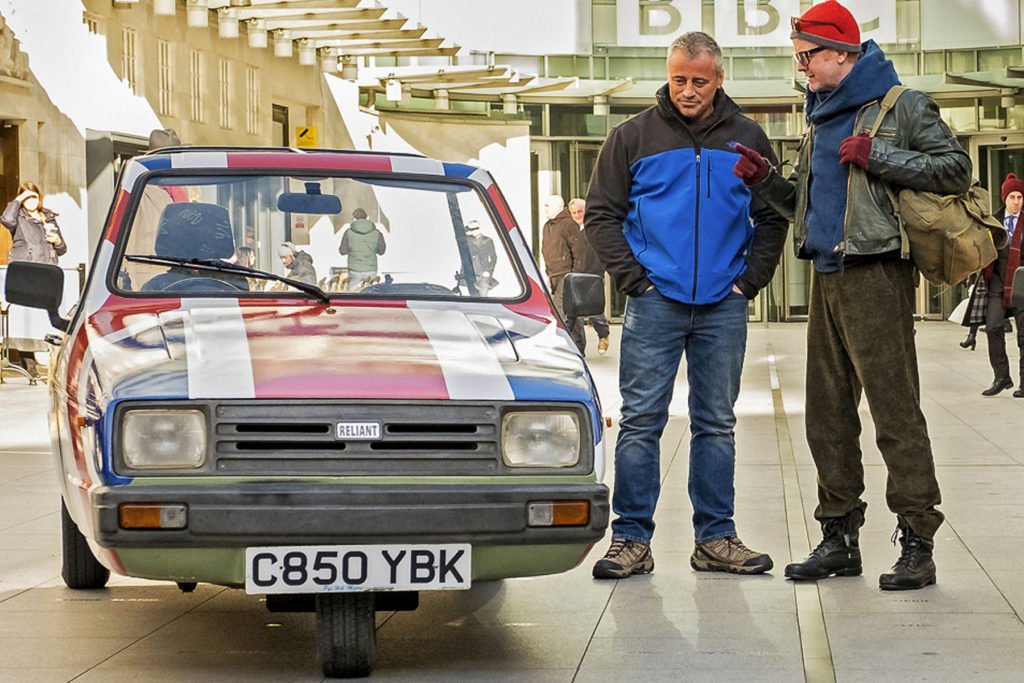 The Rialto is the only three-wheeled car ever to have been put through the Teknikens Värld elk test.

It’s generally agreed that the first layout provides far more stability. The Rialto, like all three-wheeled Reliants, used the other one.

Needless to say, it didn’t do very well on the test. It recorded 42.5km/h (26.4mph), over 7mph less than any other vehicle. Even at that, Teknikens Värld described it as being “very close to tipping over”. 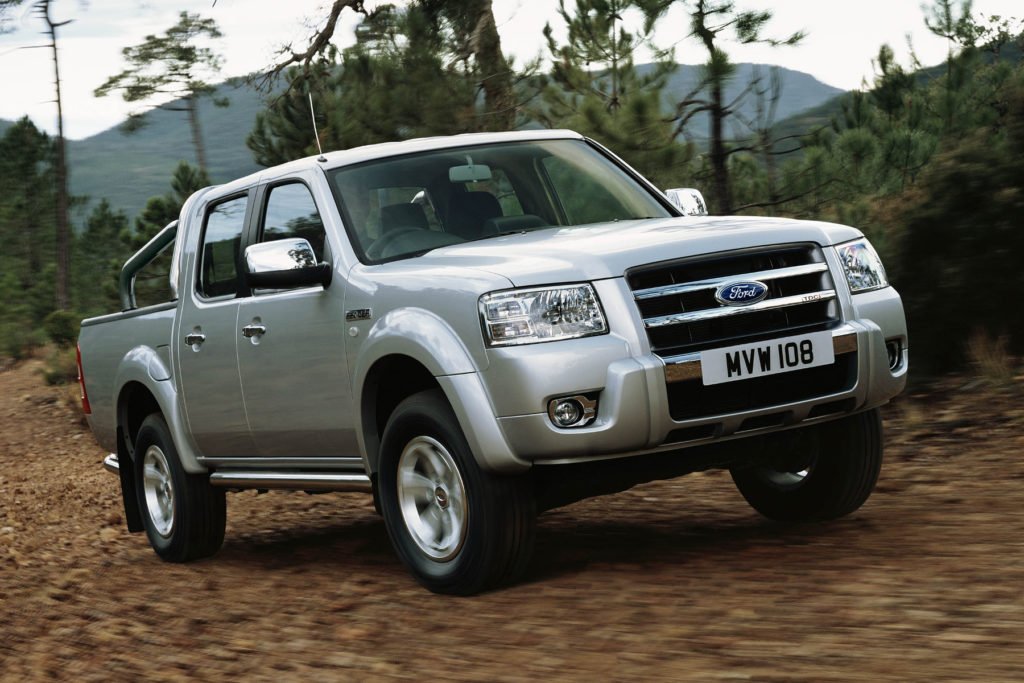 Among four-wheelers, the worst-performing cars in the elk test have managed no more than 54km/h, or 33.5mph. Two of these are pickups – the 2007 model year Ford Ranger and Mazda BT-50, which despite their different badges were essentially the same vehicle.

The other 33.5mph car was the Citroen C4 Picasso of the same year, but this isn’t a fair comparison because the Citroen was driven on a wet track. Conditions were dry when the pickups were tested. 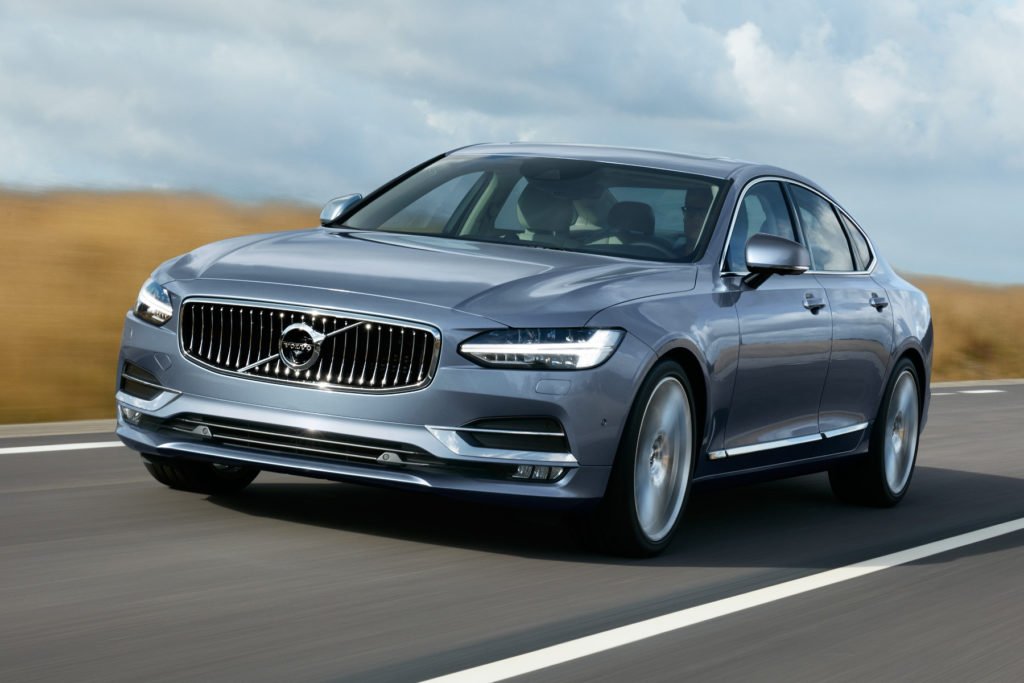 A damp road makes a big difference to a car’s manoeuvrability, and anything that was put through the elk test in the wet can be assumed to be capable of a better result than it actually achieved.

The most impressive wet-weather performer so far has been the Volvo S90 D4 automatic, which went through at 74km/h (46mph). That’s 0.5km/h faster than the four-wheel drive Volkswagen Passat V6 4Motion managed in the dry. 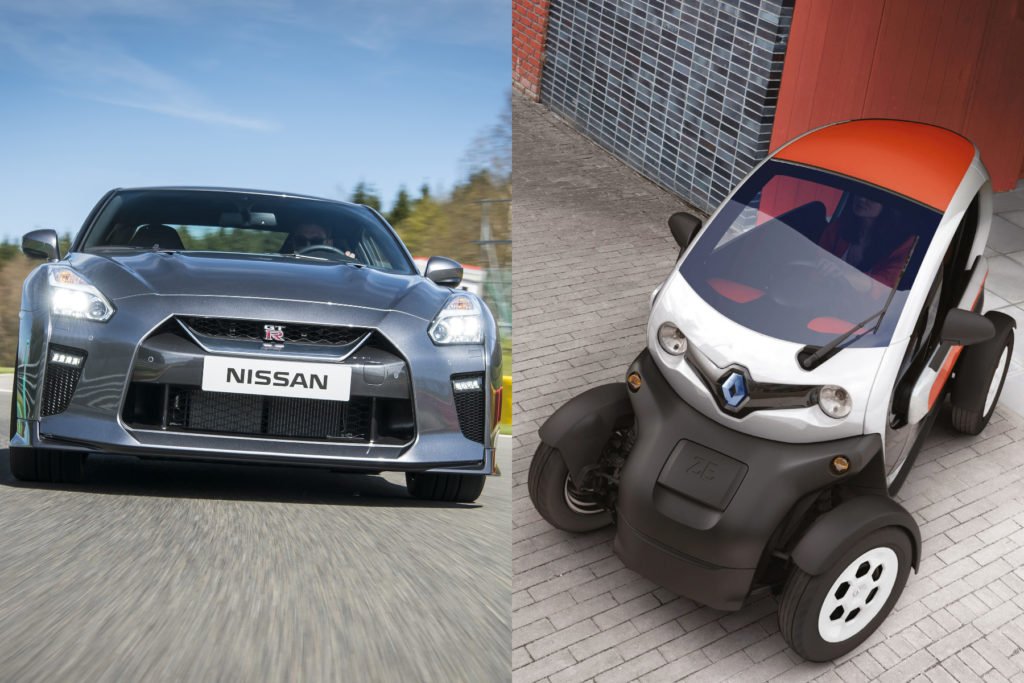 Although only one car has gone through the test at 43.5mph in the wet, 42 have done so in the dry. They’re a very varied bunch, including four Audis, seven BMWs and five Mazdas.

Oddly enough, this mini-category also contains two models which have probably never been mentioned in the same sentence until now: the high-performance Nissan GTR sports car and the all-electric Renault Twizy. 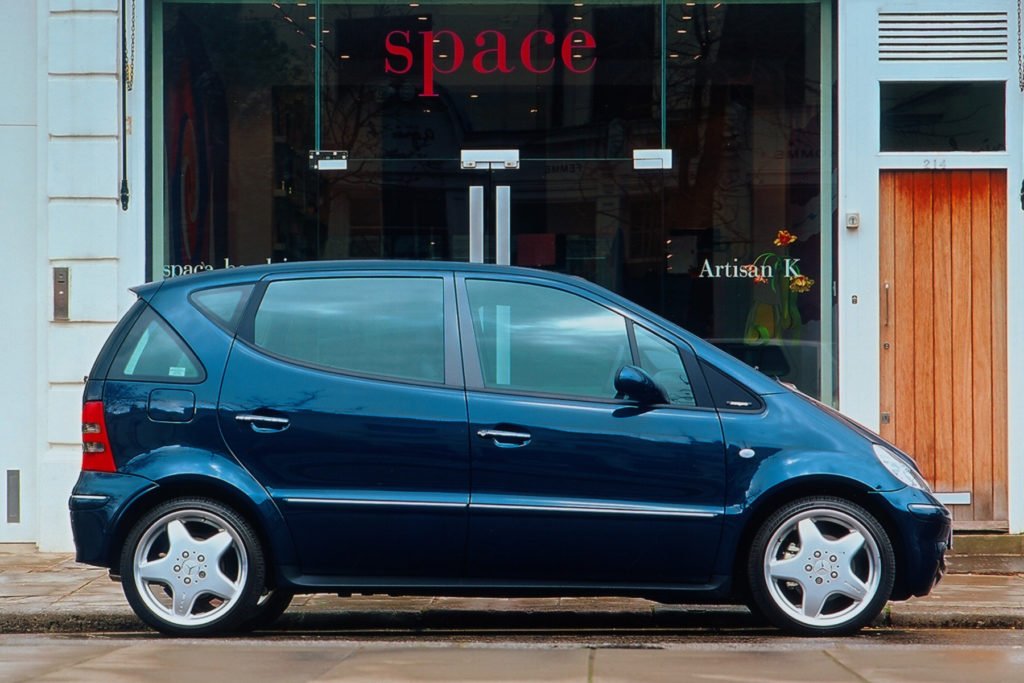 The elk test suddenly became famous in October 1997 when Teknikens Värld reported that a first-generation A-Class had gone badly out of control and landed rubber side up.

That A-Class (which bears no resemblance to today’s model) was the first front-wheel drive Mercedes, and had an ingenious twin-floor body. In a frontal impact, the engine and gearbox would slide between the floors rather than into the legs of the driver and front passenger.

Unfortunately, the passenger compartment, and in turn the centre of gravity, were therefore quite high. This made the car unstable on the suspension originally designed for it.

While the rest of the world (including rival manufacturers) made elk-related jokes at the expense of the A-Class, Mercedes quickly set to work and, within three weeks, announced a revision to the suspension along the standard fitment of an Electronic Stability Program, or ESP. Cars which had already been sold were recalled and updated.

At the time, this was a disaster for Mercedes, but the company, and indeed the car itself, quickly recovered. In its revised form the A-Class was found to be acceptably stable, and it remained in production for another seven years. Its successor, which lasted until 2012, was very similar in design.

ESP, meanwhile, became mandatory for all new cars sold in Europe in 2014. 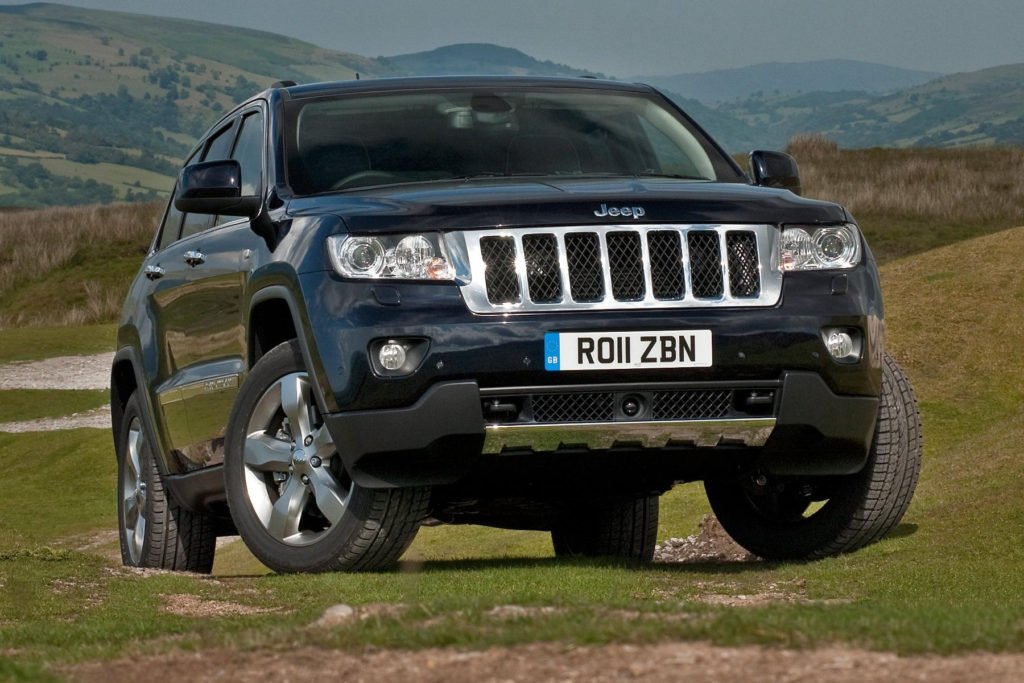 After the A-Class, the next big controversy about the elk test came in 2012, when Teknikens Värld found that the Jeep Grand Cherokee teetered through on two wheels at just 63.5km/h (39.5mph).

In other tests of identical models, this time with Jeep personnel watching, the Grand Cherokee seemed less likely to fall over, but cones were knocked for six and front tyres popped like balloons.

The magazine and the manufacturer disagreed about this robustly, but in 2014 an upgraded Grand Cherokee went through at 71km/h (44mph) with no trouble at all. Teknikens Värld praised Jeep for the work it had done to make this happen. 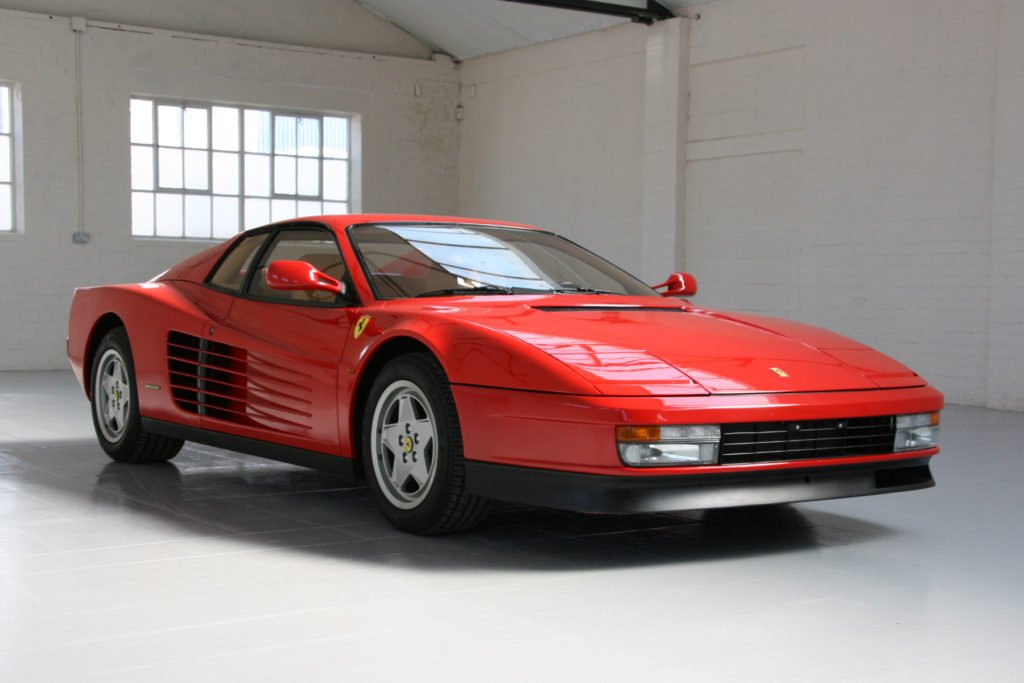 Very few models have equalled or exceeded the higher of these speeds. The oldest to do so was the 1987 Ferrari Testarossa, which recorded 80km/h.

The most surprising were a 2.2-litre Opel Omega (sold here as a Vauxhall) with sports suspension and two versions of the four-wheel drive diesel Nissan X-Trail. All of these managed 80km/h too, equalling the performance of the Testarossa, a Chevrolet Corvette C6 and a first-generation Audi R8. 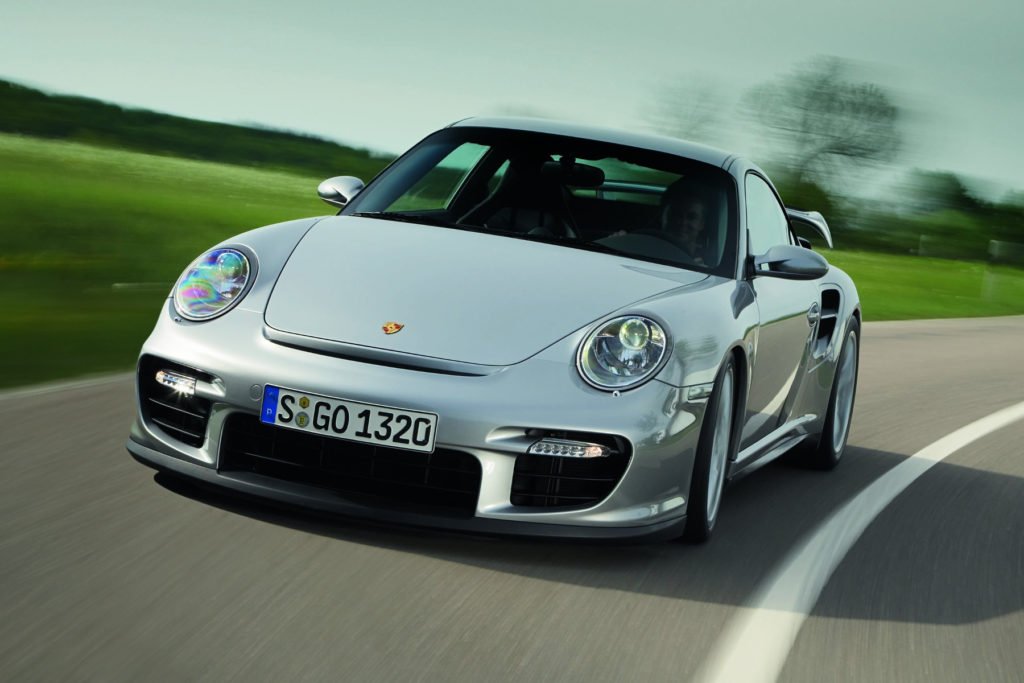 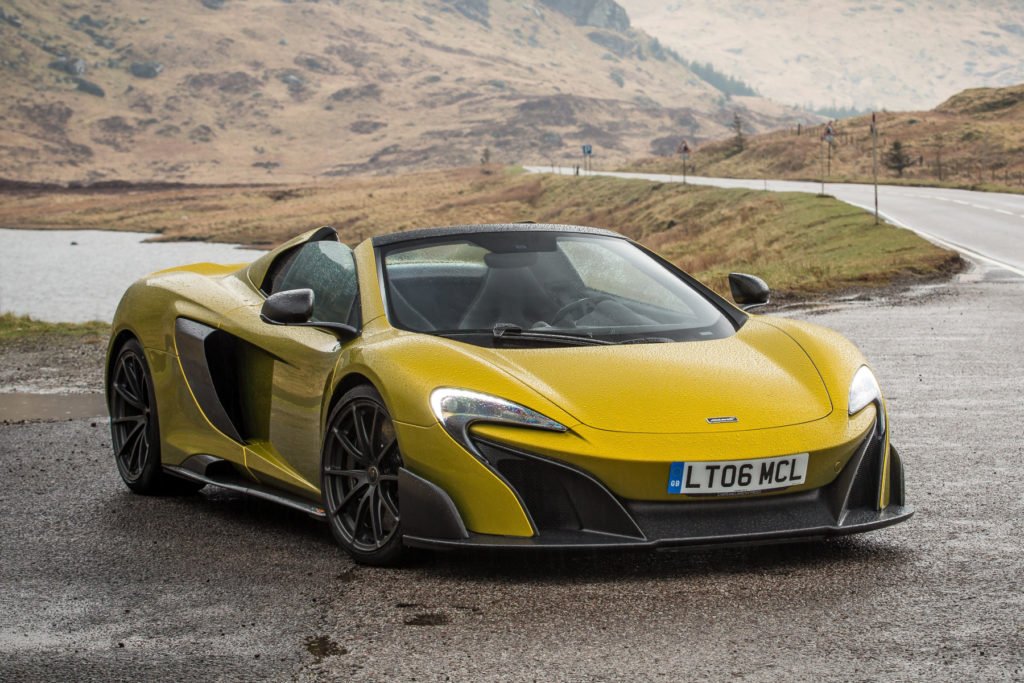 In 2017, Teknikens Värld elk-tested the McLaren 675LT and the slightly less powerful (but four-wheel drive) Audi R8 V10 plus.

Both achieved 83km/h (51.6mph), beating every other supercar on the list.

If this was all you knew about the elk test, you might think that a plateau had been reached, and that no other road-legal car would be able to beat this speed without a major step forward in technology.

That would be a fair point except for one thing: 83km/h is not the elk test record. The actual record is 85km/h (52.8mph) and it has stood since 1999. Think for a moment about what the car that set it might be before clicking through to the next slide. 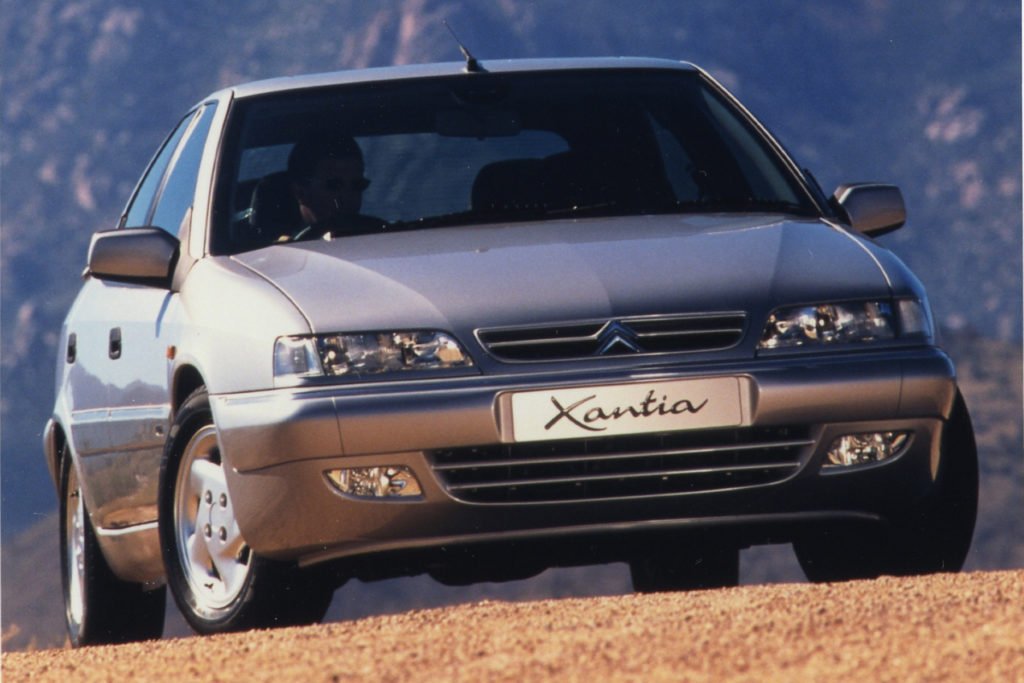 The fastest of all

Like other Citroens of its time, the Xantia had very clever self-levelling hydraulic suspension rather than the more conventional springs and shock absorbers. The Activa had a more complex version of the same system which almost completely eliminated body lean.

This put a lot of extra load on the tyres, but that was easily compensated for by other advantages. The result was that the Xantia Activa was incredibly quick through corners.

The Activa tested by Teknikens Värld had a three-litre V6 engine which was not available on versions sold in the UK. We got the less powerful two-litre turbo, but since that was lighter it would probably have made the car even faster through the Swedish slalom.

Even so, the fact is that nobody – not Audi, not Mercedes, not McLaren, not Porsche, not anyone – has ever made a car that performed as well in the elk test as this apparently humble Citroen once did. 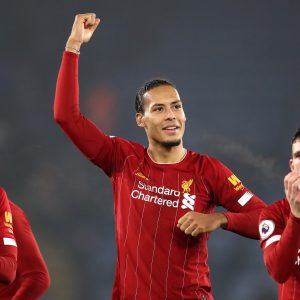 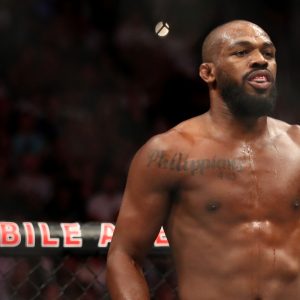 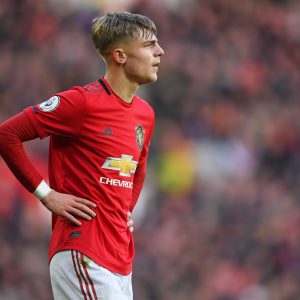 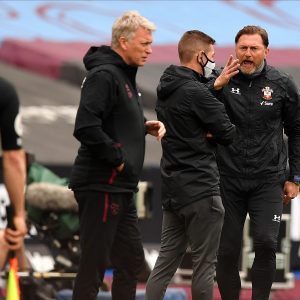 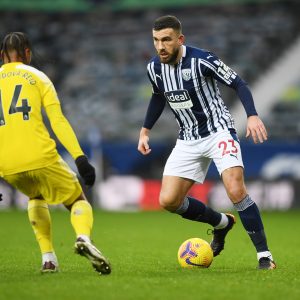