Sure, there are more practical cars out there, there are faster cars out there and, with basic models nudging perilously close to £30,000 these days, there are certainly cheaper ways of getting from A to B. But as an overall package, the VW has all the bases covered.

But while most cars are just cars, the Golf is something more. Only a few cars have ever been truly revolutionary: the Model T Ford, the Mini and the Austin 7 to name but a few, but by making performance motoring accessible to everyone, the Golf GTI is one of them. It is, in short, an icon.

Back in the early 70s, if you wanted a performance car on a modest budget, chances are you’d end up with an MGB or a Triumph of some sort. Which was great… if you didn’t need to get anyone in the back, or carry anything, and you didn’t mind quite spending quite a lot of your life in a cloud of steam at the side of the road.

This is where the hot hatch came in. Car makers realised that by putting a big engine in a small, practical car, they could create the best of both worlds – a sports car which did everything a boring practical family car could do. 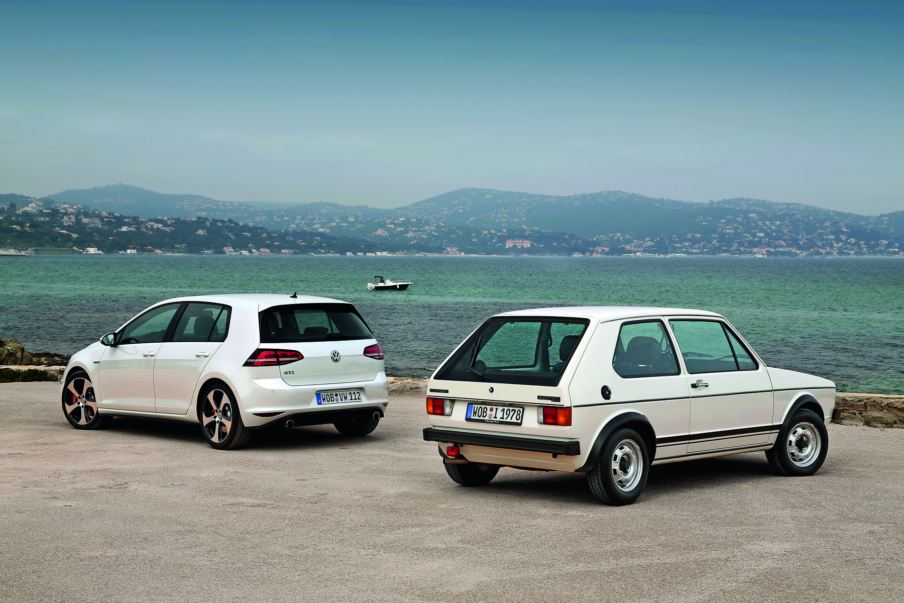 The Golf GTI was one of the first cars to be offered with the technology, which not only made it faster and more responsive, but also more economical and, crucially, more reliable. And reliability, at a time when most people were driving around in Austin Allegros and Morris Marinas, was very desirable indeed. In fact, the GTI was such a sales success that by the time the first-gen model went out of production in 1984, more than a quarter of all Golf sales were for the GTI.

The Mk2 Golf GTI was VW’s difficult second album and, thankfully for them, was arguably even better than the first. With an increase in size came an increase in power. In 1986, the GTI was also given 16 valves, and it’s these 16-valvers which many regard as the absolute peak of the GTI, and the hot hatch in general.

In the 1990s, the Golf got fat and the Mk3 and Mk4 versions are regarded by many as being a bit too soft and a bit too stodgy. Bigger-engined and more powerful incarnations of the Golf were released in the form of VR6 and R32 models and the humble GTI faded into respectable middle age.

VW fixed this with the Mk5 in 2005 which restored the GTI to glory. And the subsequent Mk6 and Mk7 versions have done nothing to tarnish the GTI’s reputation as one of the finest affordable performance cars on the market.

So, if you’re stumped as to what to buy for your next car, may I suggest a Golf GTI? It might not be the perfect choice for you, but whatever your budgetary, space or performance requirements are, the chances are the GTI meets most of them.